Winter is coming – and don’t we just know it? Many UK residents are already waking up to ice and snow, and summer feels like a distant memory. But that shouldn't get us down. If you're dreading the prospect of driving through the cold on slippery roads in low winter light, may we divert your attention towards the 10 cars below, ready to brighten up your December and beyond.

Each is perfectly suited to taking on the worst winter can throw at you, keeping you and your passengers safe, toasty and – best of all – smug throughout the cold season. So, get the kettle on. In no particular order, here are 10 ways to make best use of all-wheel drive this winter. 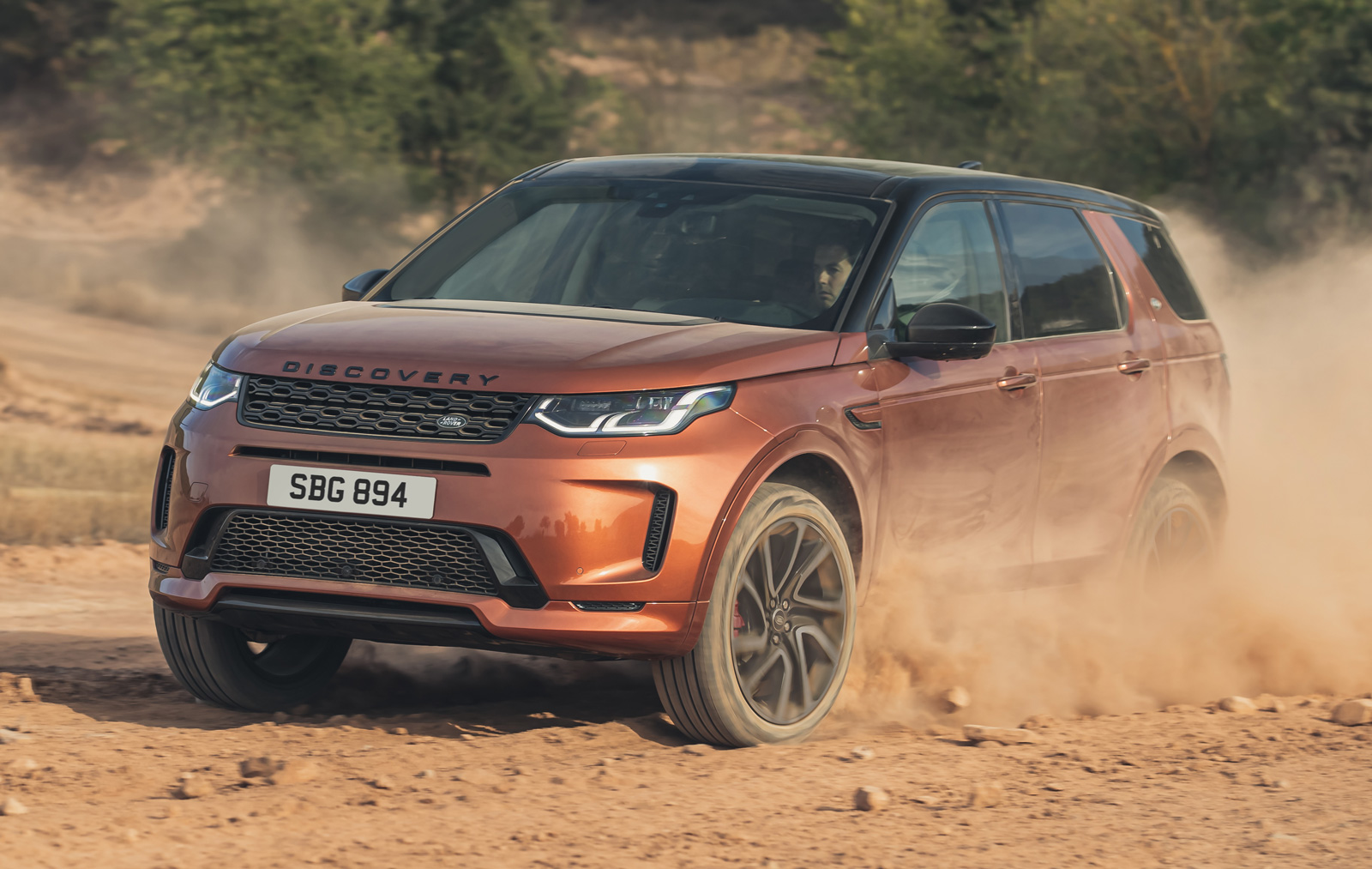 Anyone familiar with the Discovery family will know that the full-sized model and smaller Discovery Sport alike are immensely capable machines when it comes to wading through floods or driving through blizzards. With Land Rover’s off-road engineering prowess, slippery, sodden and mucky wintry road surfaces needn’t be of much concern.

Not only are Discovery models equipped with proper four-wheel drive, they get tyres to bite into slippery surfaces and even a clever “terrain response” system, which has settings for mud, ice and snow. This ensures that just the right amount of power is transmitted to each wheel to keep you moving through to spring. 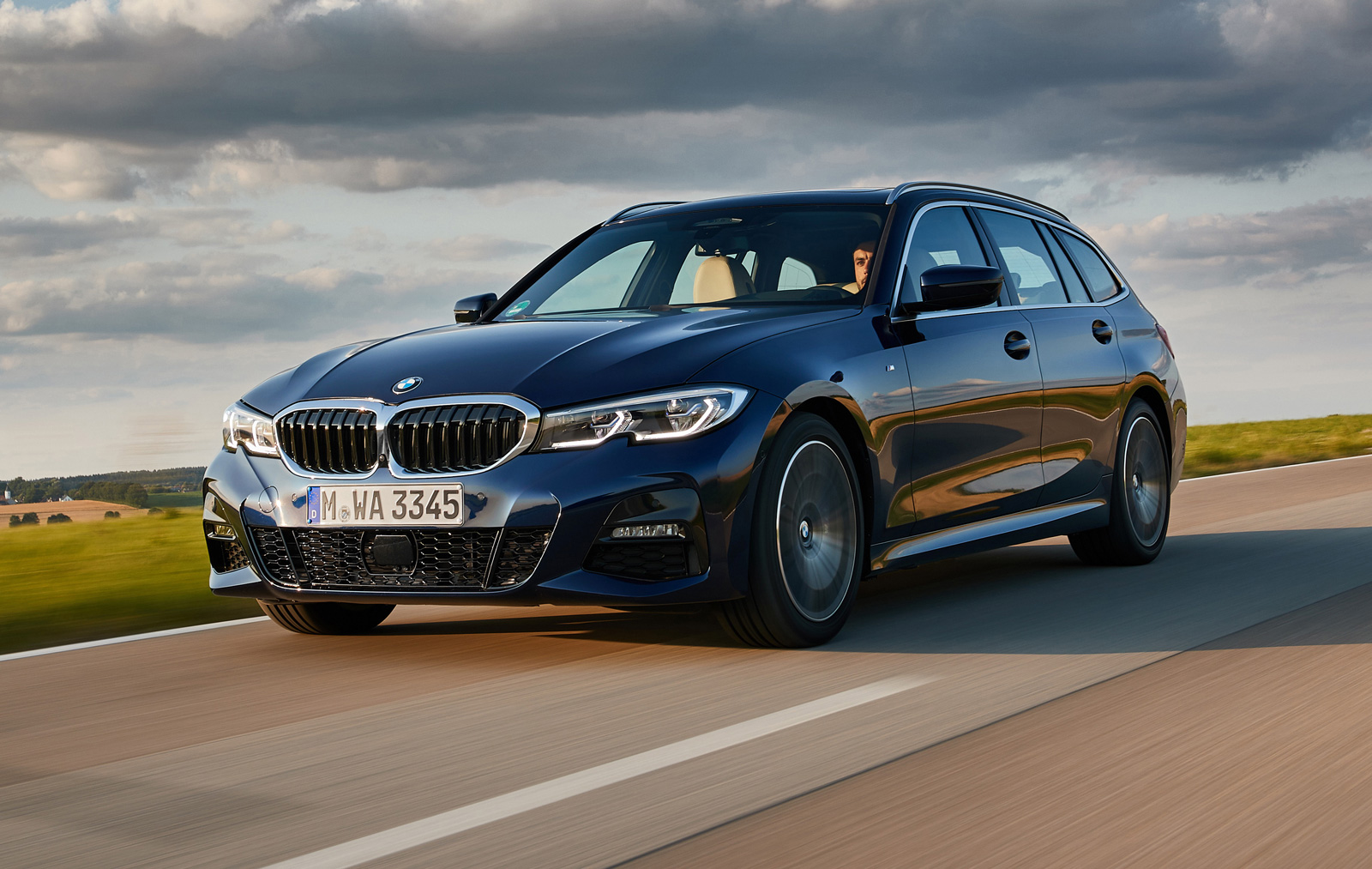 While it’s true that rear-wheel drive BMWs are often left stranded at the first sight of ice on an incline, 3 Series models equipped with BMW’s xDrive system are brilliantly capable year-round. When equipped with all-season or even winter tyres, this big-booted, handsome estate car can haul itself up slippery hills and even cruise safely at motorway speeds, even when the world outside looks fit for a Christmas card.

Handily for the winter buyer, there are plenty of xDrive 3 Serieses out there. With the xDrive system being an option, many original buyers were also the sort to add several other optional extras to their cars – so the used examples out there often come with heated seats to keep your backside comfy, too. 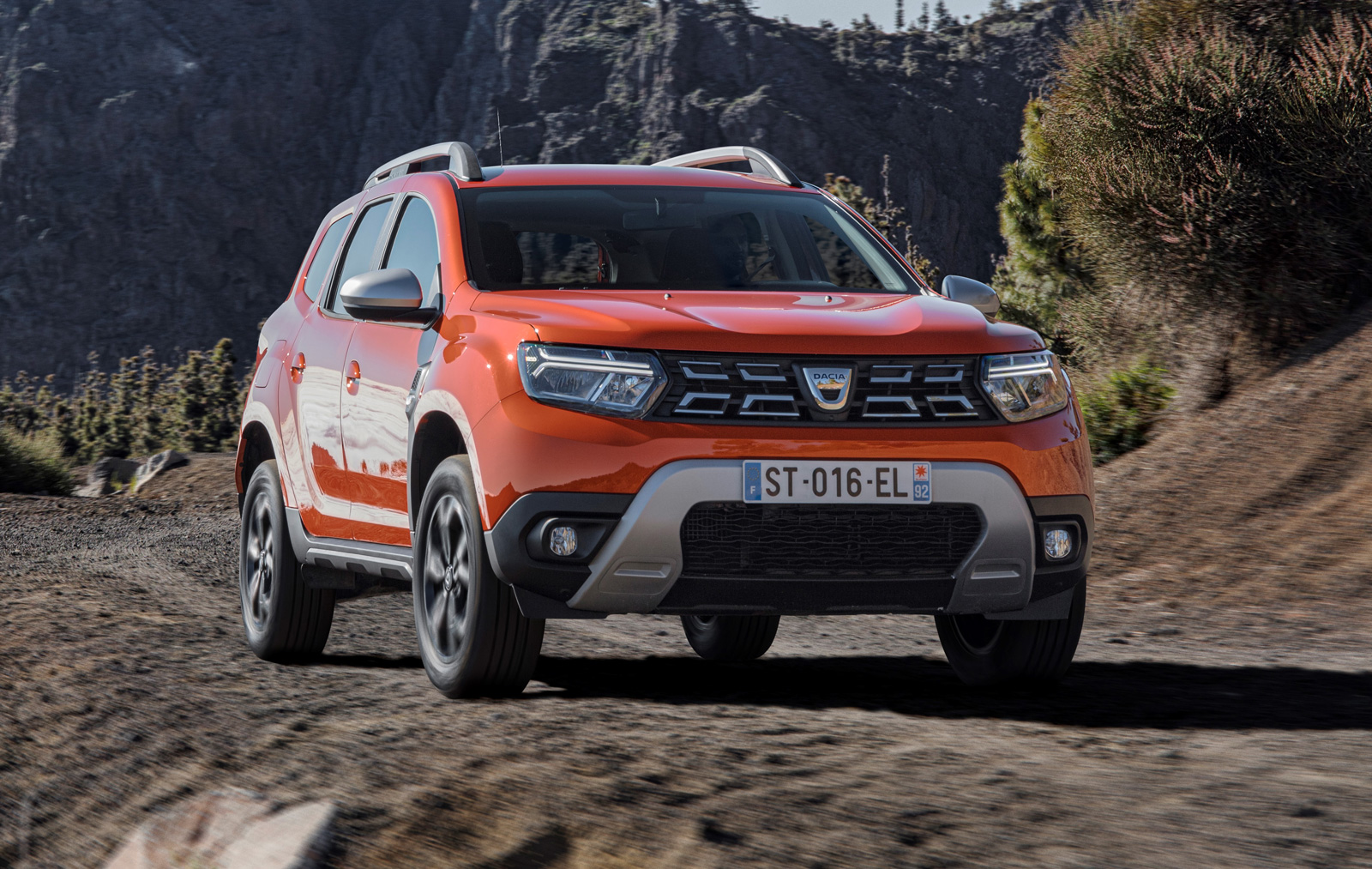 The Dacia Duster has always been a great choice for drivers who want a good quality SUV at a budget price. The fact that it not only costs little more than a supermini but also comes with an optional all-wheel drive system makes it a winner in winter.

To enjoy all-wheel-drive you’ll need to get the Comfort or Prestige spec version that will include handy features like hill descent control, along with a towing capacity of 1,500kg of braked trailer – which would be very handy if you ever need to come to the rescue of other stranded motorists. Or if you’ve a sleigh to tow… 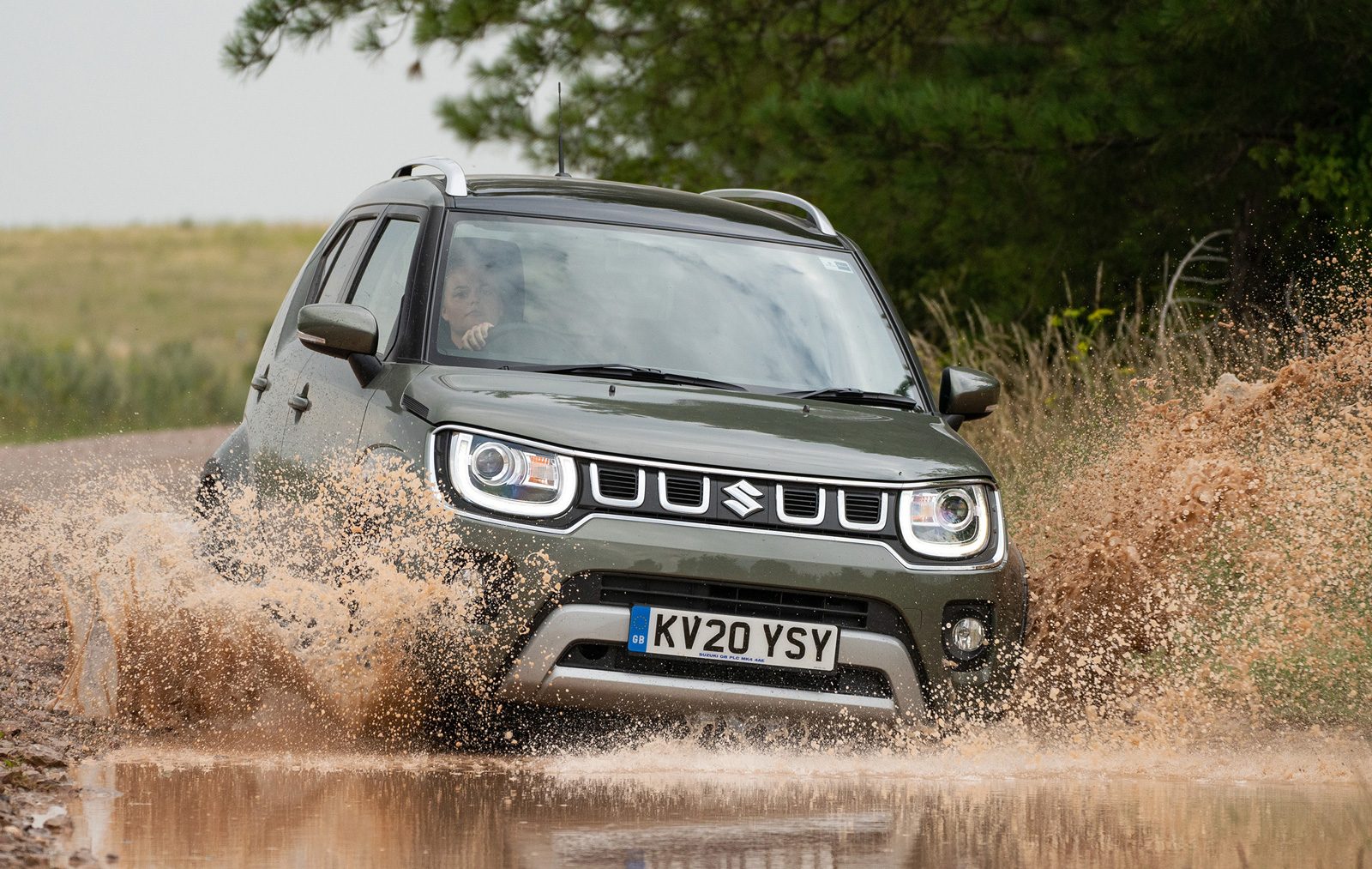 The Ignis is yet more proof you don’t need to have a large or heavy car to make light work of wintry conditions. Suzuki has quite a history of making smaller, lighter all-wheel drive cars, with the Jimny and the Vitara 4x4s being prime examples.

The Ignis is, by comparison, a city car, but with Suzuki’s Allgrip 4x4 hardware underneath, it’ll go a lot further in the snow than anything else in the urban-focused segment. In fact, with a good set of winter tyres, you might find this lightweight car would put much pricier 4x4s to shame. 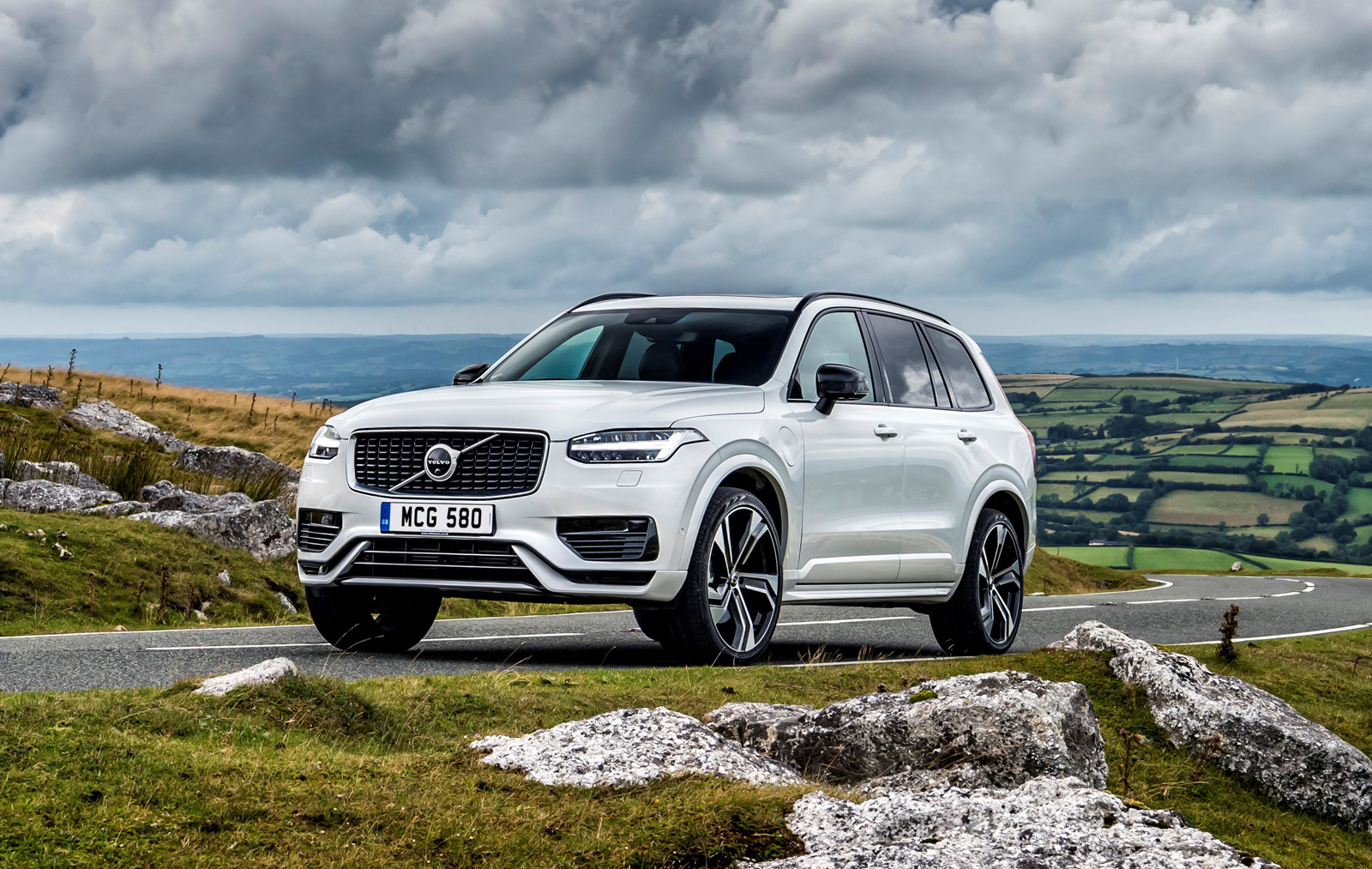 When it comes to safe, dependable year-round cars, Volvo is easily one of the best brands out there. After all, the Swedish firm makes cars designed to survive the Nordic winter, so the M1 in January should be no problem.

As you’d expect, it’s positively packed with safety features including a “winter mode”, which automatically chooses the perfect gear to set off in, and a “safe positioning” feature that sets seat belts at the right tension if the car senses an impact is imminent. It’s also very, very good to drive – and it looks great, too. 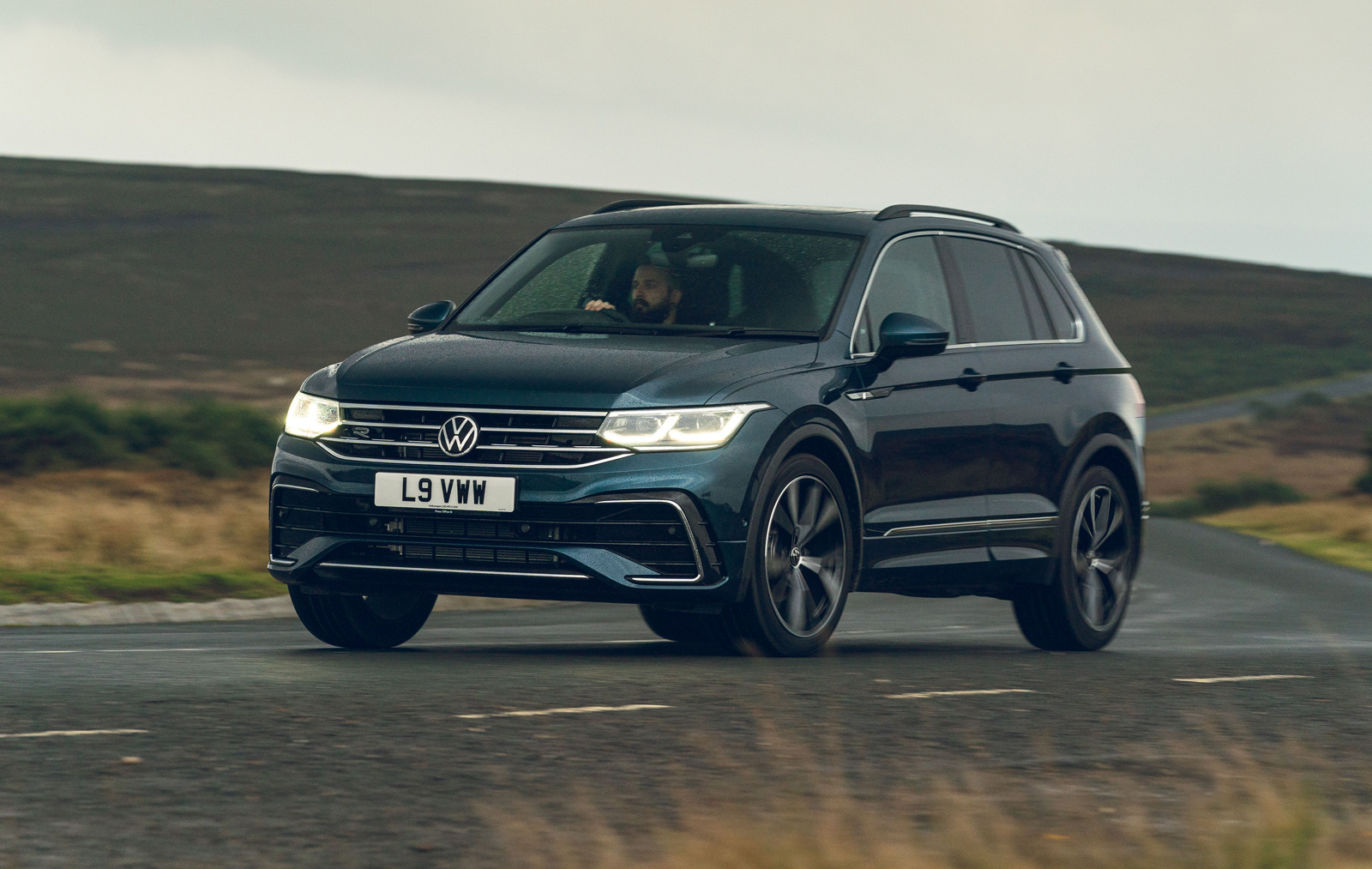 The Tiguan is an unashamedly road-biased SUV, but with its tall ride height, all-wheel drive system and clever electronics, it’s a surprisingly capable machine when the going gets tough. Evidence can be found in its driving modes, which include a setting for the 4Motion all-wheel-drive system intended specifically for snow.

Volkswagen even offers an Outdoor pack that ensures the Tiguan is fully equipped for the worst of the weather, and the additions include underside and under-nose protection, as well as chrome sill protectors to keep muck out of vulnerable spots. 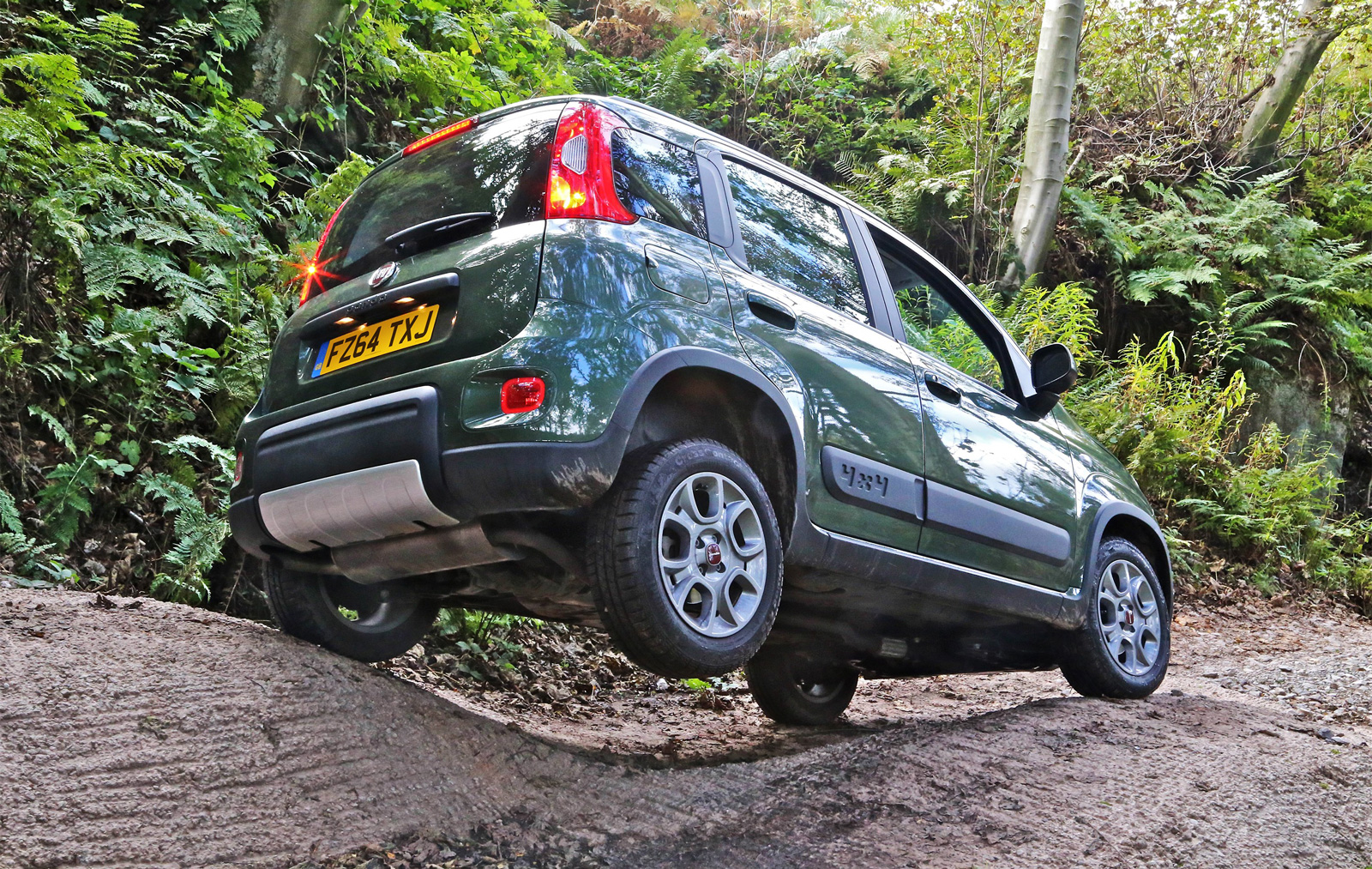 Having long been the choice for Italians living high up in the Alps where heavy winter snowfall is inevitable, the Fiat Panda 4x4 – whether it’s a plucky original or modern version – is about as dependable as compact motoring can get.

You can tell it means business from its more muscular looks than the standard Panda and the ground clearance is better than some other, larger 4x4s can manage. Don’t expect many other bells and whistles – it’s still a small city car at heart, albeit with the courage of a mountain goat. 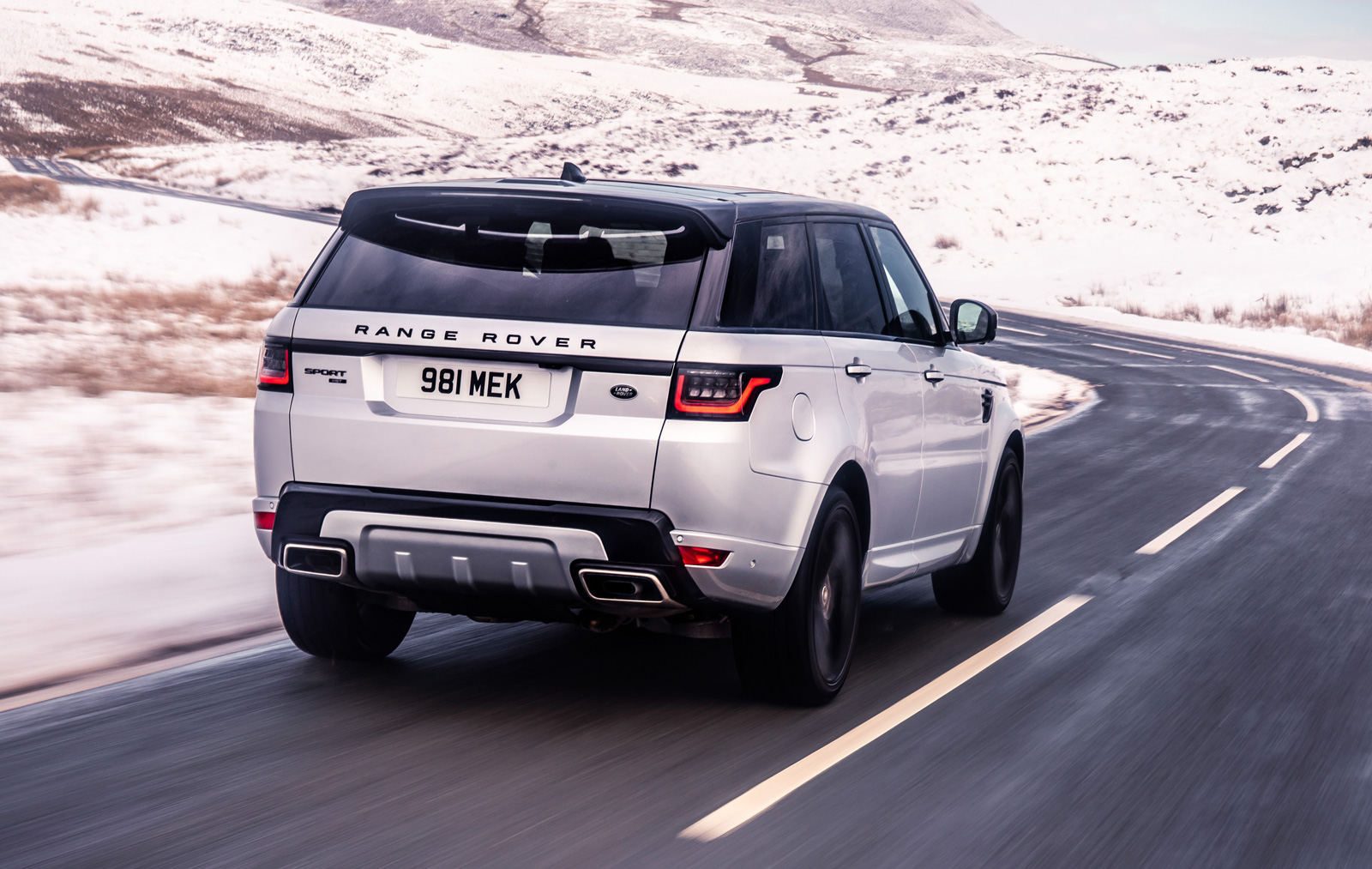 As you might expect, the Range Rover Sport shares some hardware with the full-sized Land Rover Discovery, but with that badge on its nose, it comes wrapped in a much more luxurious shell.

There’s the same “terrain response” system that monitors and adjusts the car’s ABS, traction and stability control. Plus, extra features in more upmarket models include heated seats and a heated steering wheel. With a sumptuous interior and genuinely sporty on-road performance, it’s a winner in virtually every department. 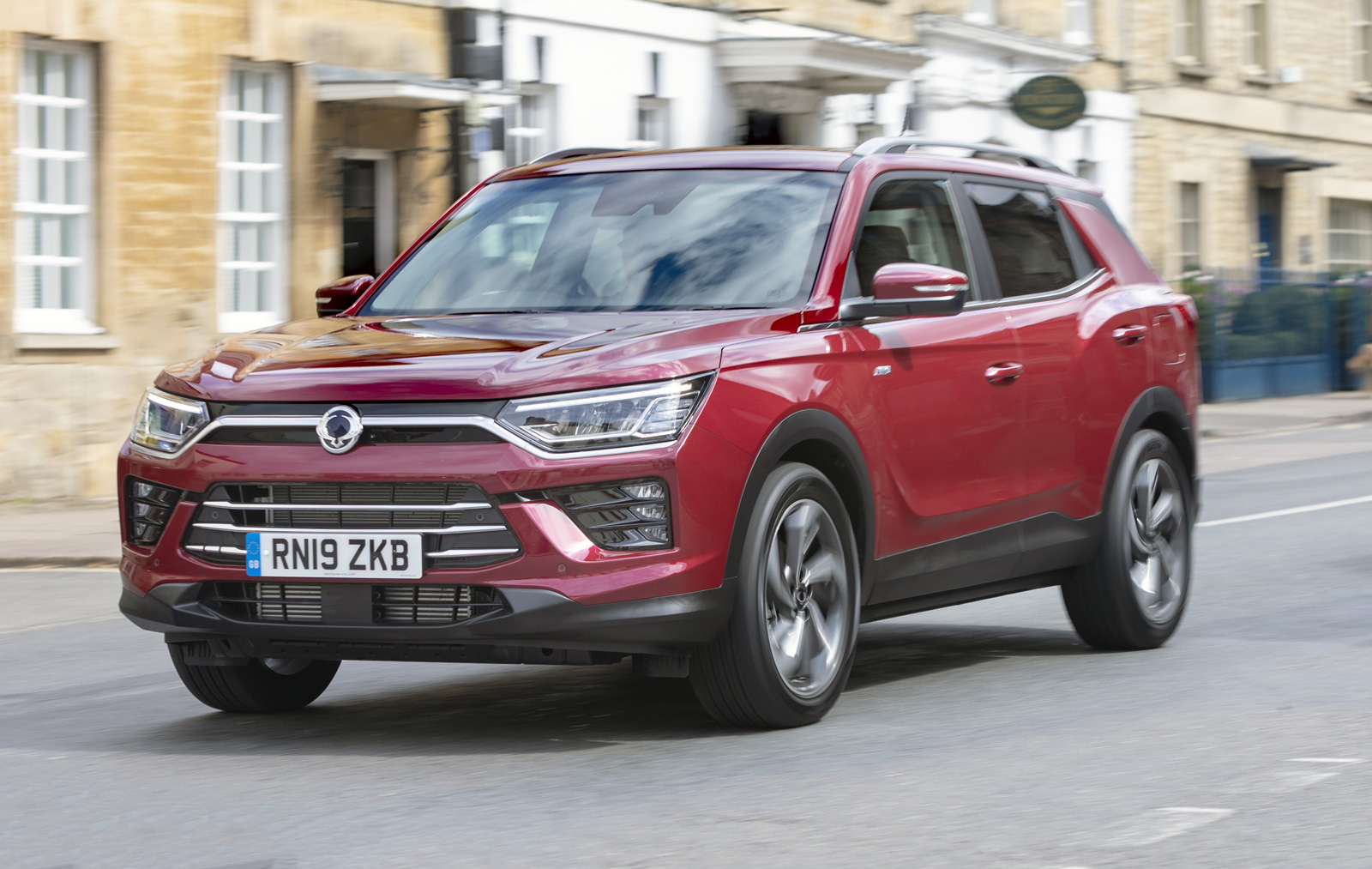 SsangYong might not yet have quite the same high profile as fellow South Korean car-makers Kia and Hyundai in Britain, but it’s a brand that’s gradually gaining in popularity. It also has the ideal credentials for building tough off-road cars thanks to its experience in producing vehicles for the military.

The Korando is the firm’s mid-range all-wheel drive SUV, and the 1.6-litre diesel engine it uses has all the power you need to take on the most challenging conditions with ease. It’s tough, reliable and surprisingly affordable to buy and run despite the size. 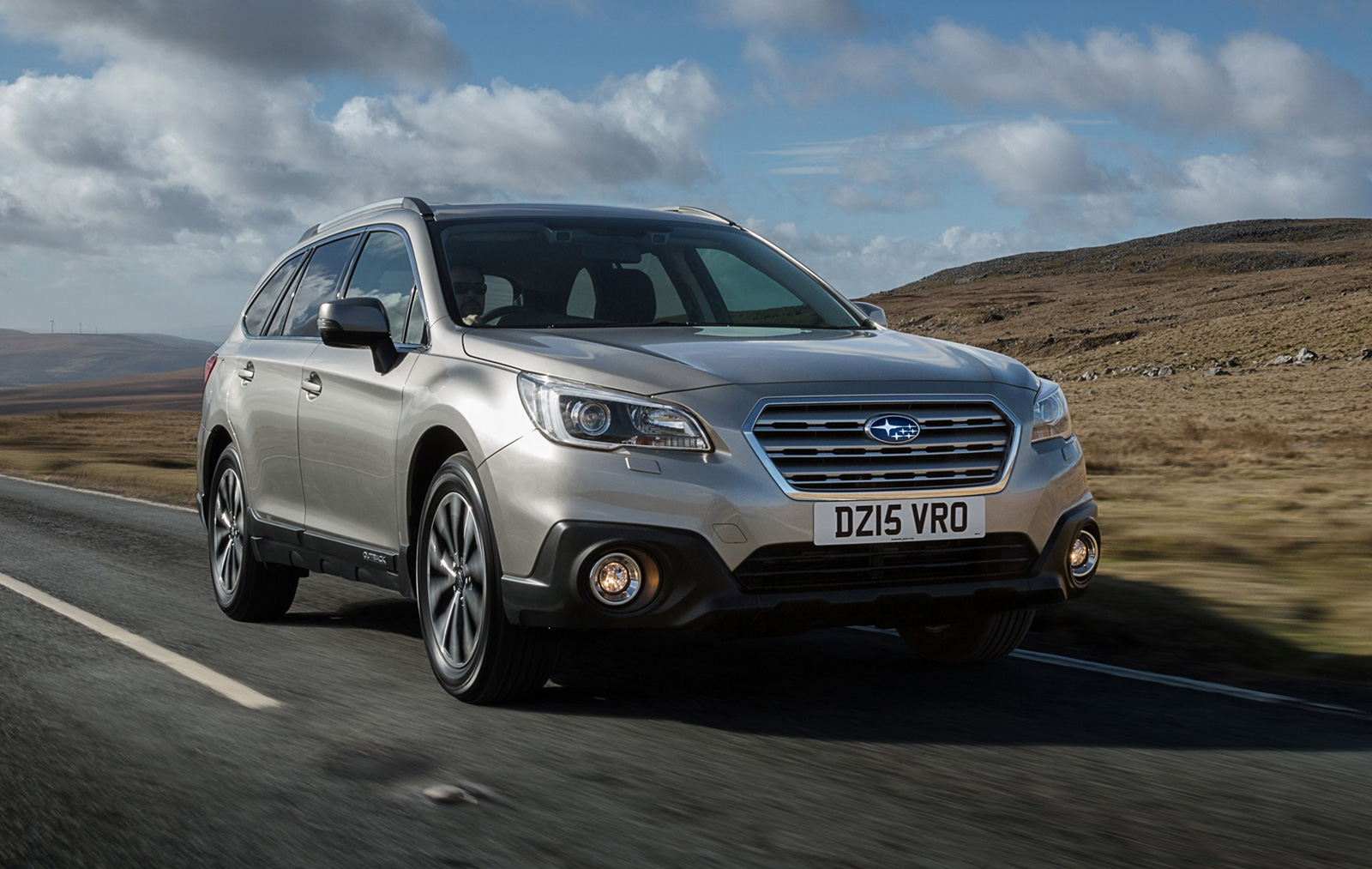 Subaru has a rich heritage of building cars specifically for difficult terrain – when the Outback first came to the UK it was exclusively sold through agricultural machinery suppliers. And who can forget Subaru’s illustrious rallying history, which saw it dominate the World Rally Championship with its all-wheel drive Impreza through much of the nineties and early noughties.

The Outback might not have the motorsport pedigree of the Impreza, but rest assured this is an extra-rugged estate that borrows much of its setup from the brilliant Subaru Legacy. Fantastic all-wheel drive, tough engineering and a raised ride height give it all of the right ingredients to make minced meat of the winter’s worst. All to the thumping soundtrack of Subaru’s flat-four engine. 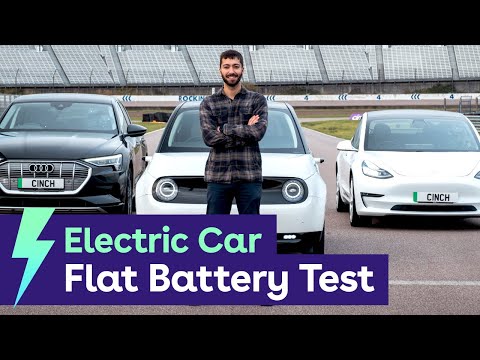