If you think about it, all the most significant car technological breakthroughs in recent years have had some relation to safety. It’s not surprising, of course, what with the number of cars across the world continuing to grow and our roads as congested as ever. It’s never been more important to ensure that everyone out there – drivers, riders and pedestrians included – can co-exist in safety. And the safety equipment aboard cars is a key part in enabling that.

But while early car safety features – like the ones we now take for granted, seatbelts and airbags – were centred around protecting those inside the car, more modern, active systems are designed to protect both those in and out of the vehicle. There are so many clever features aboard modern cars that you’d be forgiven for not even knowing they’re there. But if they were called into action, you’d probably be very grateful they were.

So, to celebrate those often-invisible safety systems, we’re marking Road Safety Week 2021 by explaining in six ways how modern cars are making all of us safer, potentially without you knowing it. They follow in no particular order (they’re all winners in our minds): 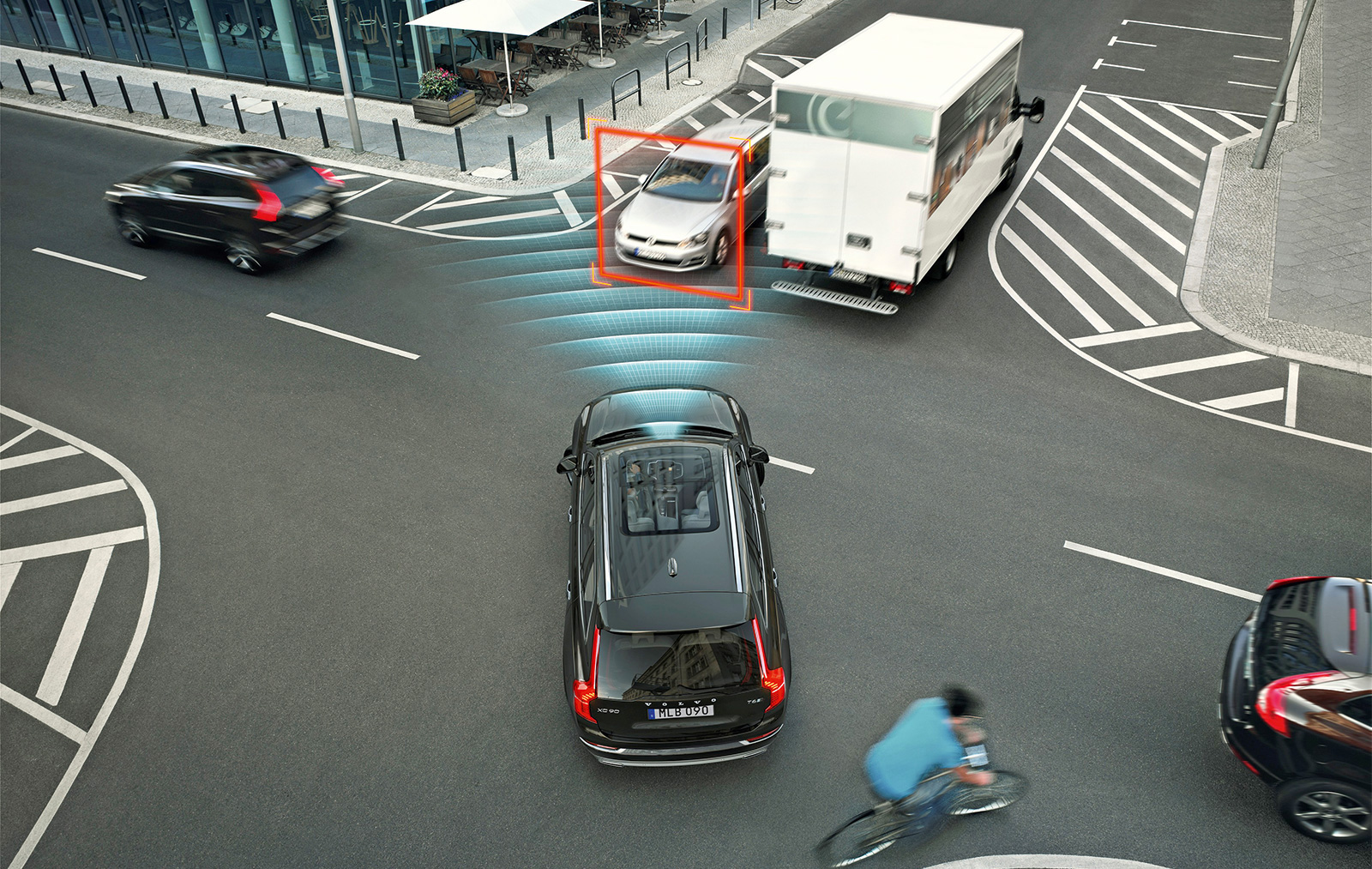 Ok, so this might be a system some of us know to be fitted to our cars, because it’s one manufacturers often highlight on model specifications lists. But, thankfully, it’s one fewer of us will have felt in action. Cars equipped with Automatic Emergency Braking (AEB) use a plethora of digital cameras and visibility systems mounted to their front ends to ‘monitor’ the road ahead (often these are the same cameras that enable handy features like automatic cruise control), effectively giving the car’s brain, or its Electronic Control Unit, sight.

With its armoury of eyes, a car can then evaluate when a risk appears ahead, prime itself for action and even apply the brakes to prevent an impact a driver might have been too slow to react to. In some cases, these automatic emergency braking systems seek to reduce an impact speed. But in more advanced cars, they can actually go so far as to drastically reducing the chances of contact entirely. Modern AEB systems can even tell the difference between other vehicles, pedestrians and animals. And best of all, this tech is commonplace. 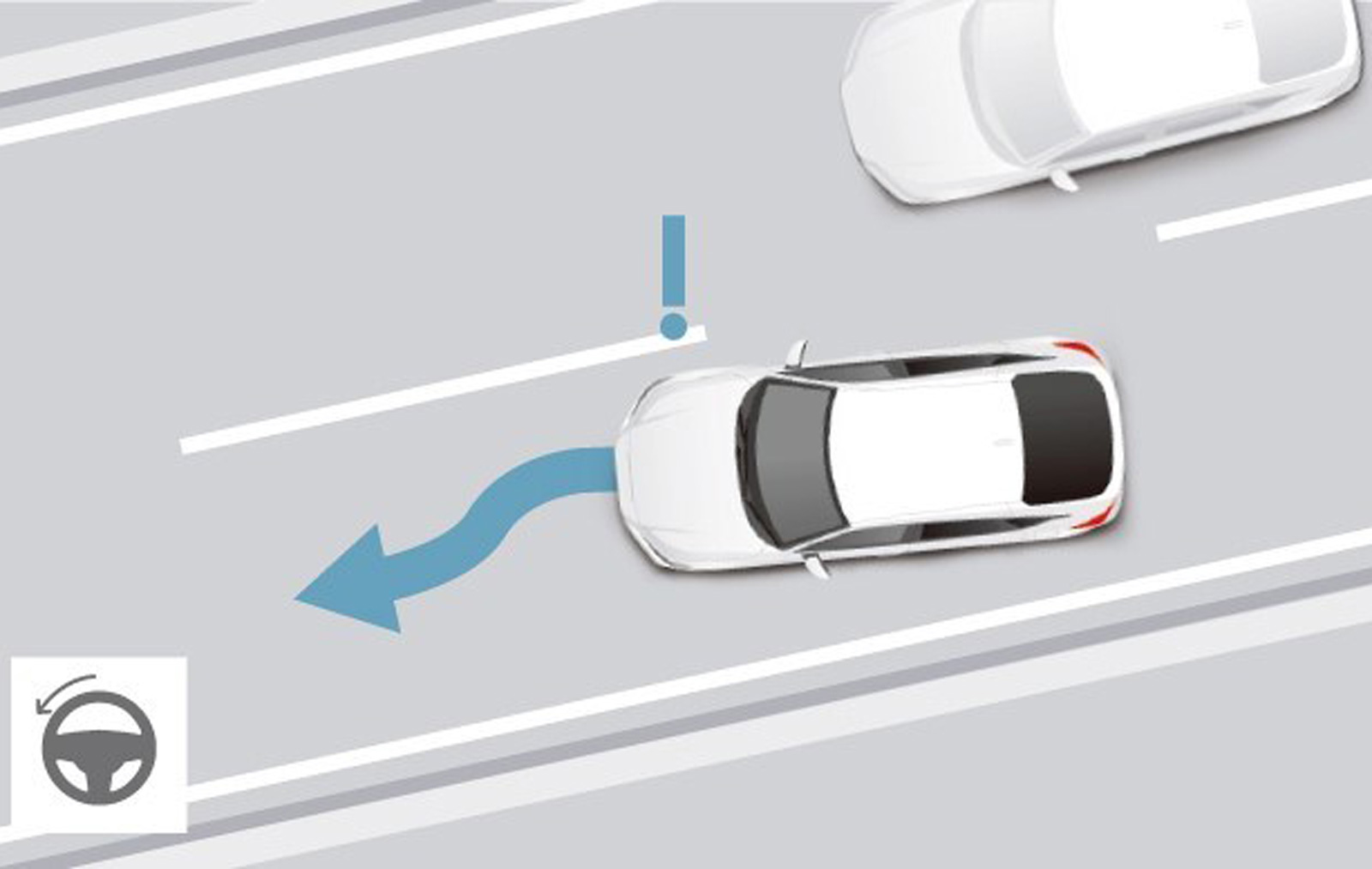 Building on the capabilities of AEB, so called Evasive Steering Assist (ESA) goes one step further and actively tries to avoid an object that the brakes may not be able slow you for in time.. Using the same plethora of cameras as AEB, ESA (car safety people love acronyms and abbreviations almost as much as the technology) can not only determine when a risk arises ahead, but also calculate a potential avoidance route to minimise or even fully avoid an accident.

Ford does a good example of illustrating the tech in this YouTube video here; it demonstrates how the car will only choose a route of avoidance if the path is clear. While the technology can do a good job in certain scenarios, Ford is quick to highlight that a driver will need to keep a safe distance from the car ahead to allow it to work. Tailgating, whether you have safety tech aboard or not, is never a good idea if you want to be safe, and keep other safe, too. 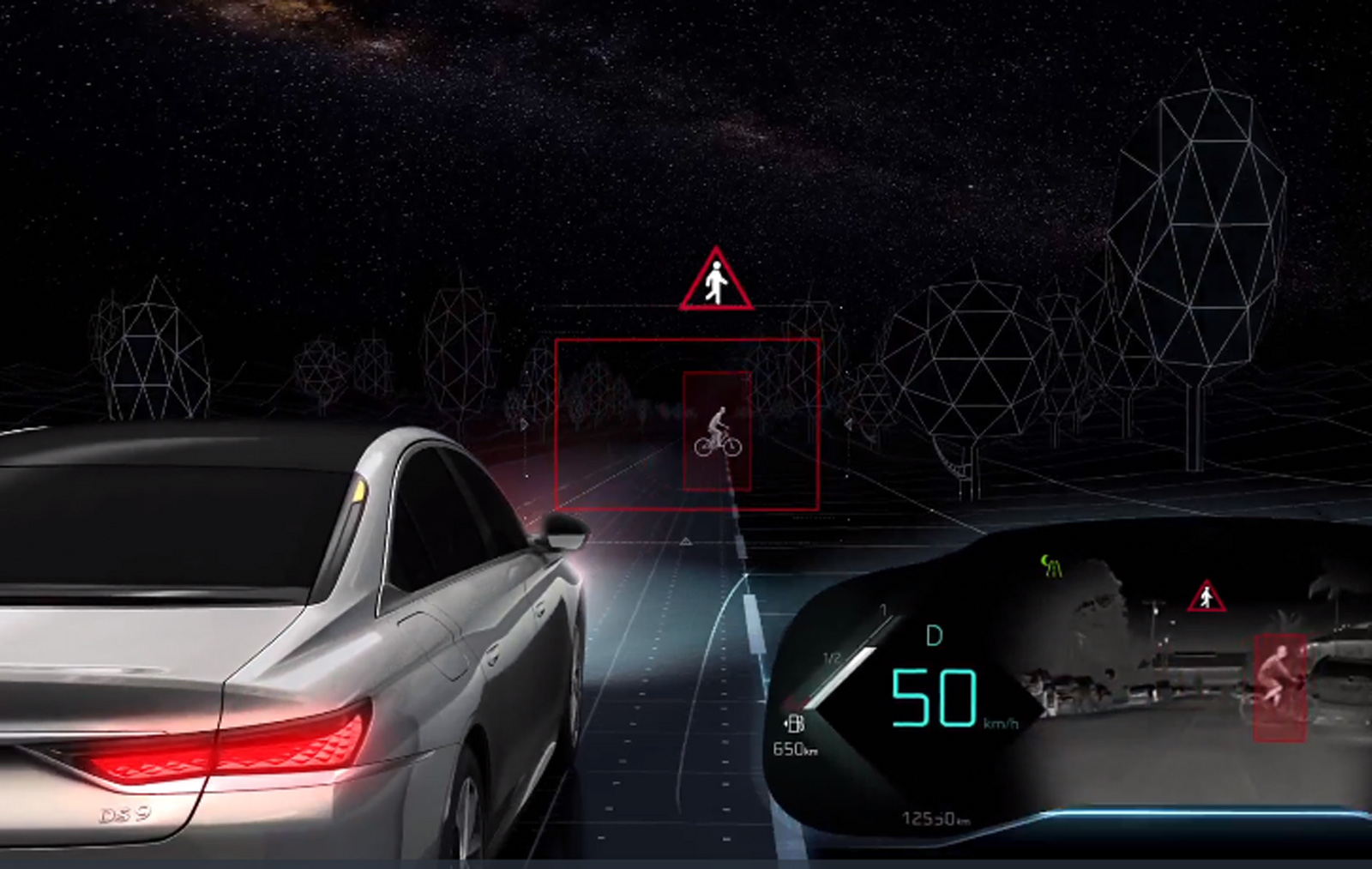 We recently highlighted some of the best night vision-boosting car features in our ‘darker months’ story here, but that list centred around technology specifically capable of enhancing a driver’s vision. But even cars without snazzy night vision displays or automatically dipping LED headlights can come with darkness-fighting systems that work in the background, with ‘light detection and ranging’, aka LIDAR, laser scanning systems and radar cameras there to give a car sight even in the pitch black.

It means that your car’s active safety systems, including those mentioned above and lane keep assist, adaptive cruise control and even cross park assist technology (which monitors the road either side of a car when you reverse) can work at any hour of the day. Admittedly, the systems aren’t completely failsafe, with heavy snow and thick fog often providing them with their biggest challenges. But in most road conditions, they’re monitoring quietly in the background. 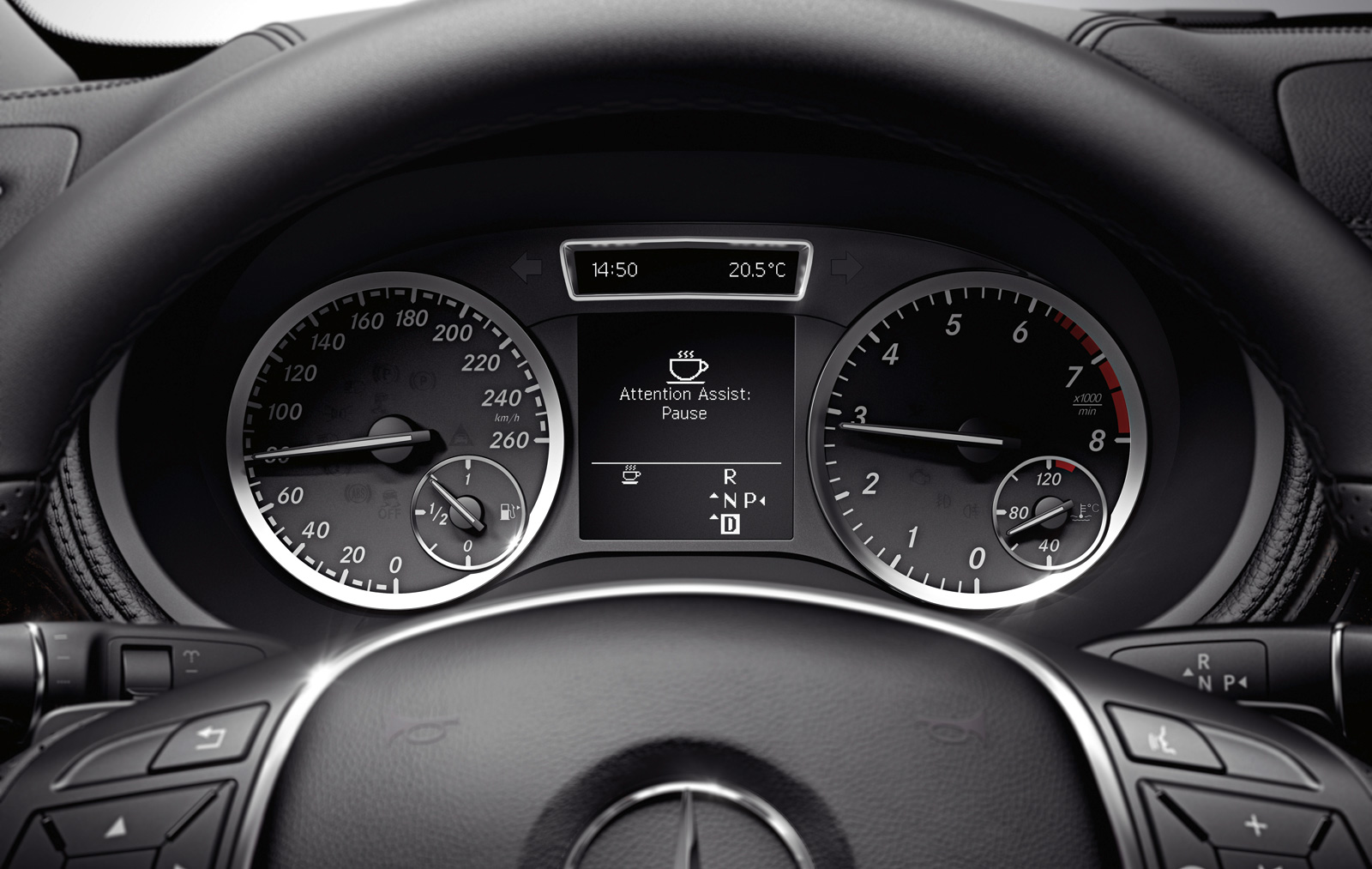 Sometimes, the risk of an accident doesn’t come from outside of the car, but inside it. There’s plenty of research to show that skill and safety impairment of tired drivers is often indistinguishable from that of drink drivers, which highlights just how dangerous staying behind the wheel while tired is. Night-time driving on the motorway seems to be a particularly risky practice to undertake if you’re not fully alert, what with the 70mph limit, the roads potentially being clear and straight, and the constant rhythm of a fixed speed. For a tired driver, the potential for a horrendous accident is worryingly high.

To prevent the chances of that happening, cars have long been providing warning messages and warning sounds if you’ve been driving non-stop for a couple of hours. But more recently, cars have come equipped with tiny cameras that monitor a driver’s facial expression, to make sure they’re awake. Focusing mainly on the direction of your gaze, these simple but effective systems (Mercedes was among the first to embrace them) aren’t interested in anything other than whether you’re paying attention to the road ahead. If your eyes are taken off the road for too long, or if your eyelids are seen to be closing, the systems alert you with a noise and, sometimes, a seat vibration. 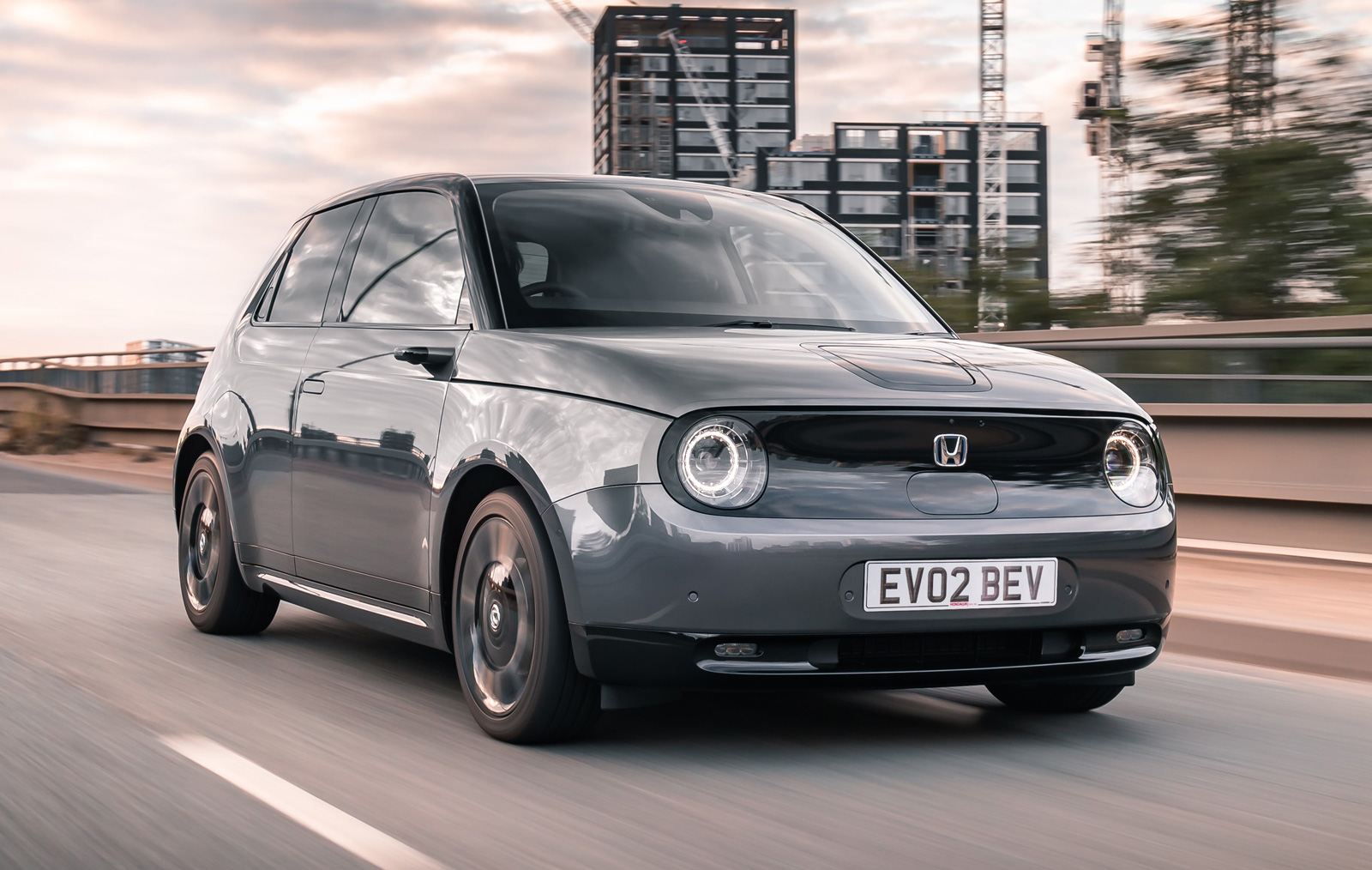 With electric cars now accounting for about one in ten new car sales in Britain, our roads are about to get a whole lot quieter. That’s great for those of us who live by a road, but not so great when it comes to pedestrian safety. Because, despite the obvious risks, many people still use their ears – and not their eyes – when crossing the road. Of course, those hard of sight are forced to do this anyway, so the risk of quiet cars is obvious. Hence the fitment of external speakers to cars without engines, giving them a tone that changes in line with the car’s speed.

You might have already heard this technology in action; it’s what makes a Renault Zoe sound like a spaceship or Honda e ‘whizz’ along. Car electric motors are extremely quiet, so these projected noises help to make them more discernible, even if you don’t actually see them. When it comes to reducing the chances of a pedestrian stepping out in front of one, the improvements in safety are obvious. 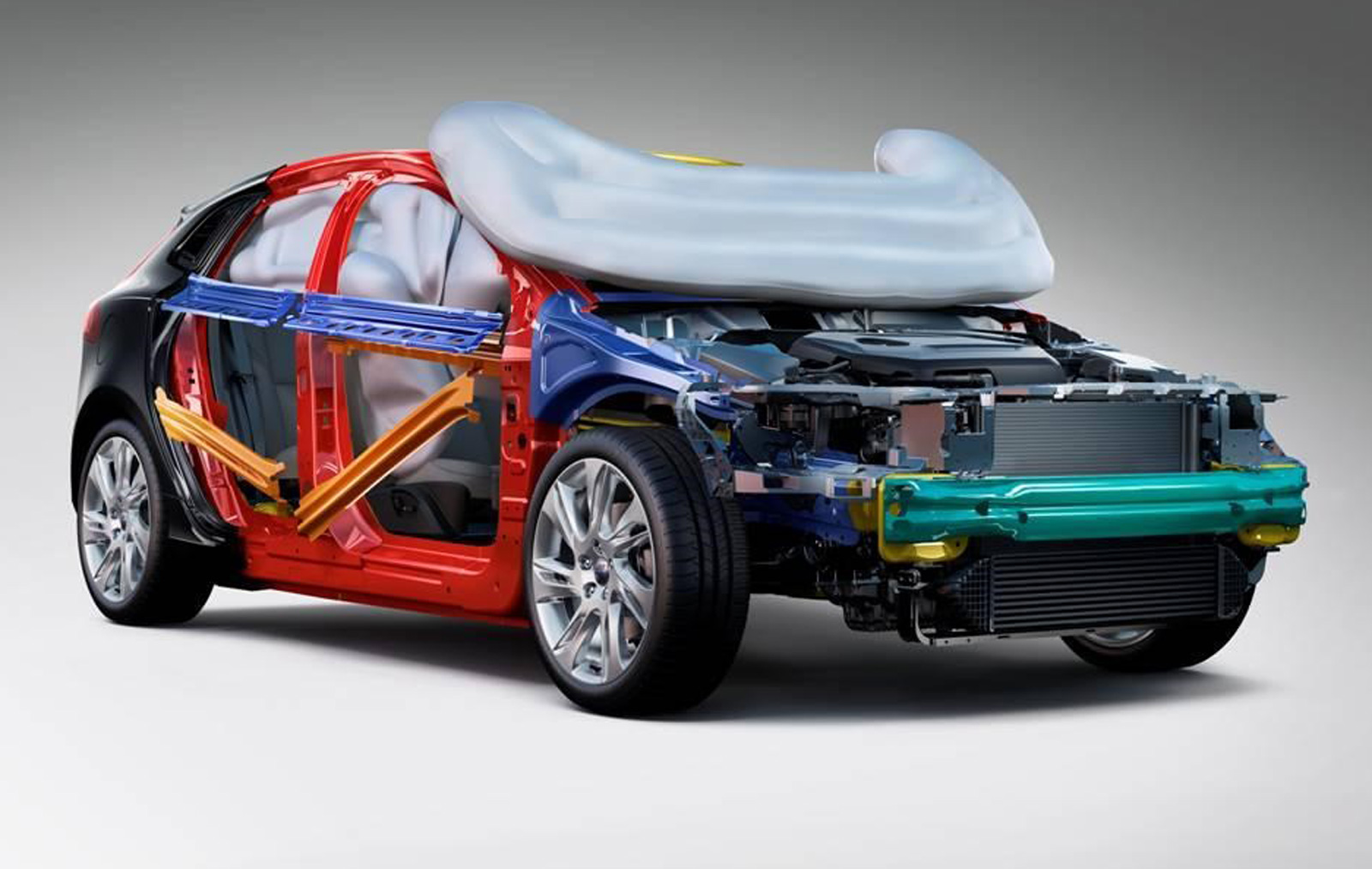 Cars don’t just try to prevent pedestrians (or more exposed road users) from being harmed, they can also reduce the chances of serious injury should an unavoidable situation arise. Volvo was a pioneer in developing a cushioned bonnet for its cars, which – when an impact with a pedestrian is detected – instantly inflates a bag under the bonnet to lift if a few inches off the engine. While this doesn’t exactly make for a soft impact, it does at least reduce the harshness of it, potentially preventing the chances of serious injury.

Along with active systems such as these, car design has also changed in recent years to reduce the use of unforgiving angles or materials on the nose. It’s one of the reasons car front ends have become more bulbous and rounded in recent years; these shapes better conform to safety regulations, effectively making cars ‘softer’. Most impressive is that this hasn’t been to the detriment of occupant safety, with cars consistently becoming safer and safer, whether you’re inside or out.