City living comes with its own joys and challenges. And getting around can be fun if you choose the right mode of transport. For those who don’t want to be tied down to train timetables, your best choice is a dedicated city car.

These small wonders pack in all the features you’d expect on larger models but are also uniquely suited to the narrow streets and short journeys of city life.

From hybrid engines to driving sensors, we’ll consider everything feature to find the best cars for city driving.

Our choices are also easy to drive, simple to park and most feature luxury kit such as sat-nav, air-con and smartphone connectivity.

The Ford Fiesta has topped the sales charts for what feels like forever, but there’s a good reason for that – it’s simply one of the best small city cars you can buy, thanks to its excellent handling on winding city streets, smooth drive when stopping and starting in traffic, and good levels of interior comfort.

Whether you’re in the market for a current-shape car or the previous model, it’ll put a grin on your face like few other cars can. The 1.0-litre EcoBoost engine is punchy and economical, and space is decent inside that neat silhouette. The infotainment isn’t the best in class, but the rest of the car makes up for that. 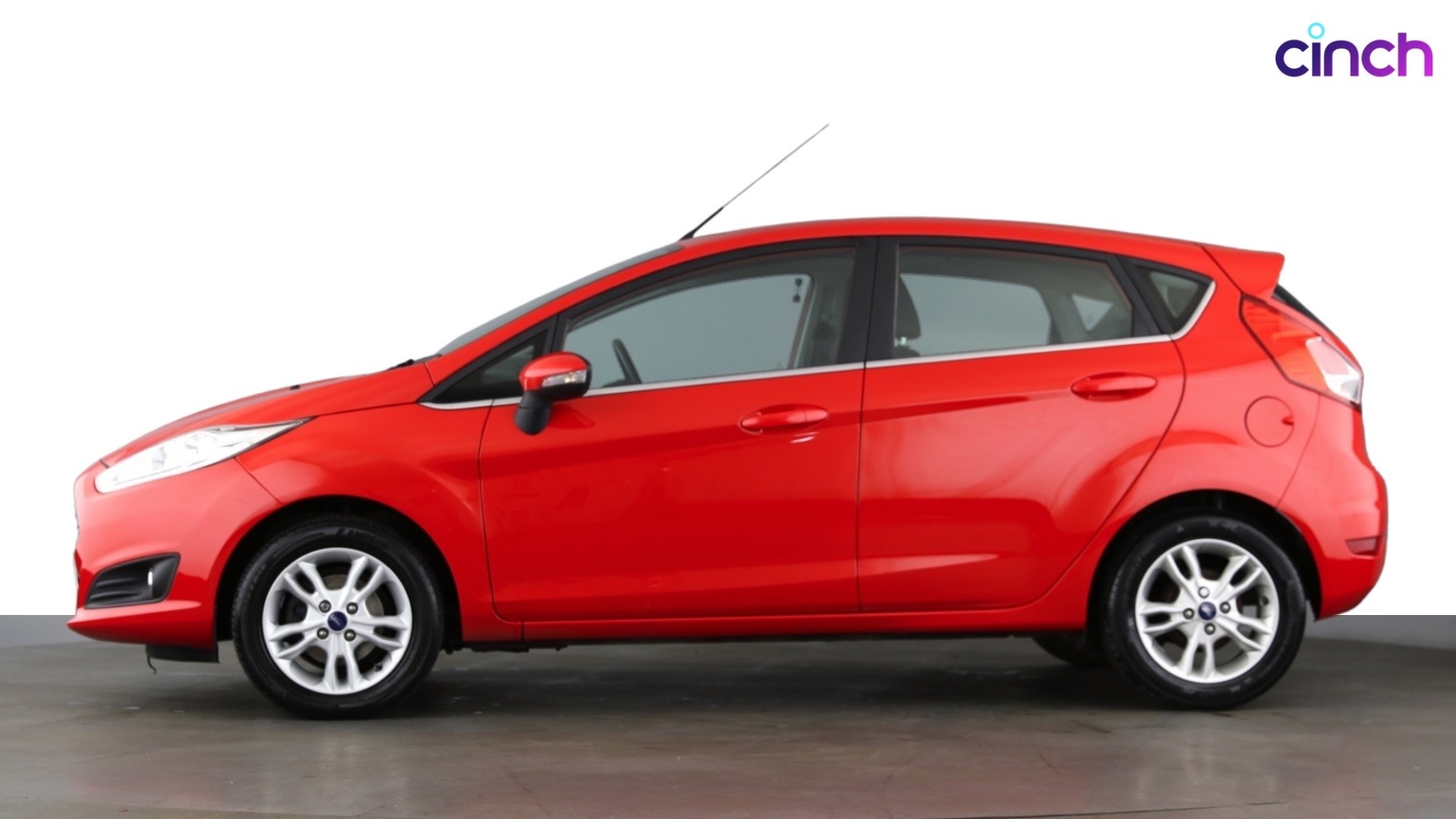 Believe it or not, a Volkswagen Polo is as big as a VW Golf of only a few generations ago. Better still, modern engineering means you’re getting Polo-sized running costs in a Golf-sized body, which is good news in anyone’s book.

It offers a comfortable and smooth drive, and the petrol engines sip like they hate the taste of unleaded. All of which helps make it the best city car for if you split your time between metropolis and motorway. Yes, it can cost more to buy than rivals, but you’ll reap that benefit when you come to sell it. 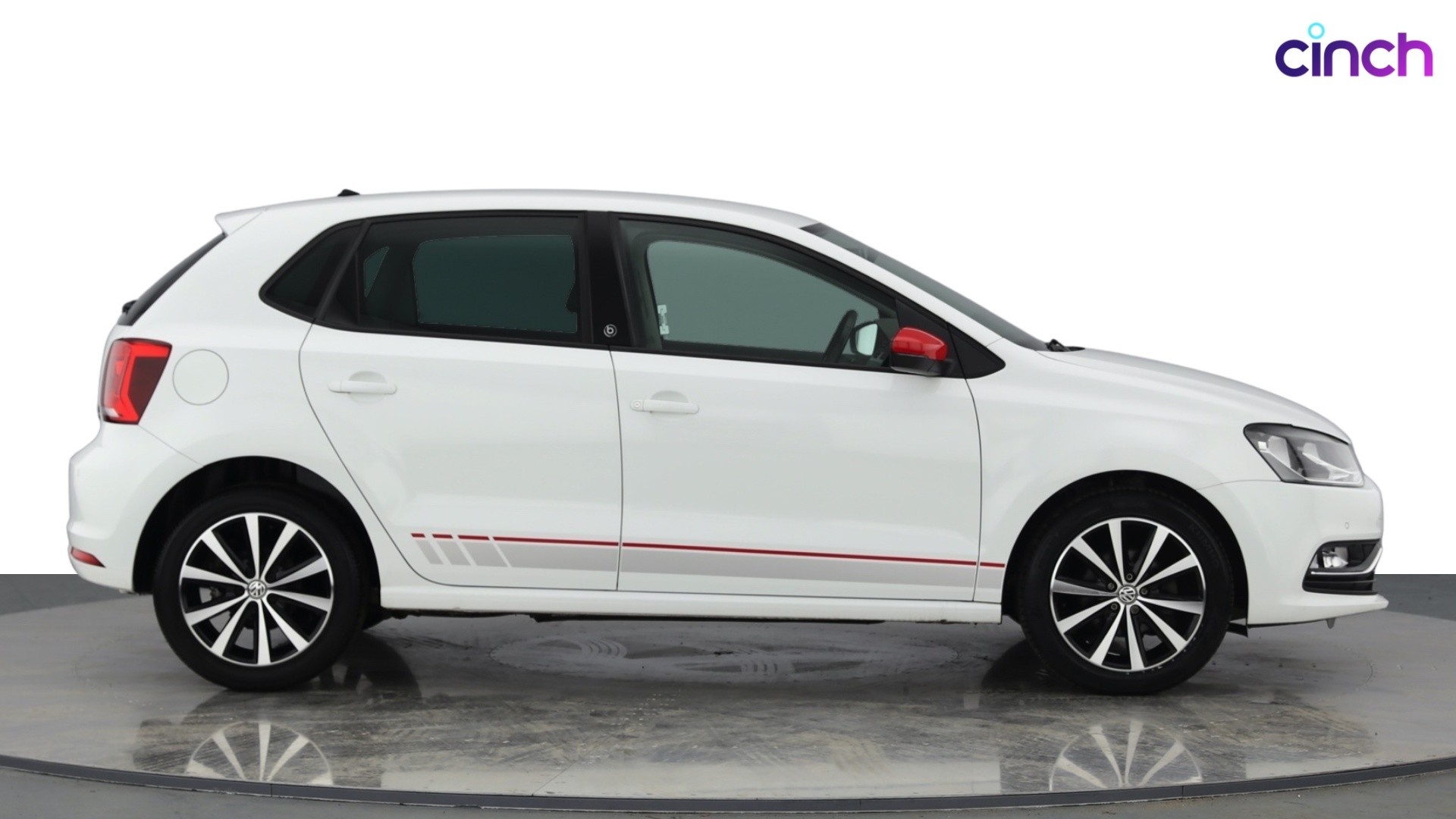 It doesn’t matter if you’re young and have just passed your test or a bit older and drove the original model back when years started with a ‘19’ – Minis are cool.

The neat shape is instantly recognisable, and the good news is that every model drives with a verve that backs up the style. A Mini’s interior looks smart and manages to feel oh-so-retro yet utterly modern with that cool floating speedometer and central light-ring. It feels classy, too, which can almost make you forget that the back seats and boot aren’t as roomy as you might hope. If you are looking for Mini style with more space have a look at the Mini Clubman or Countryman the latter is available as a Hybrid. 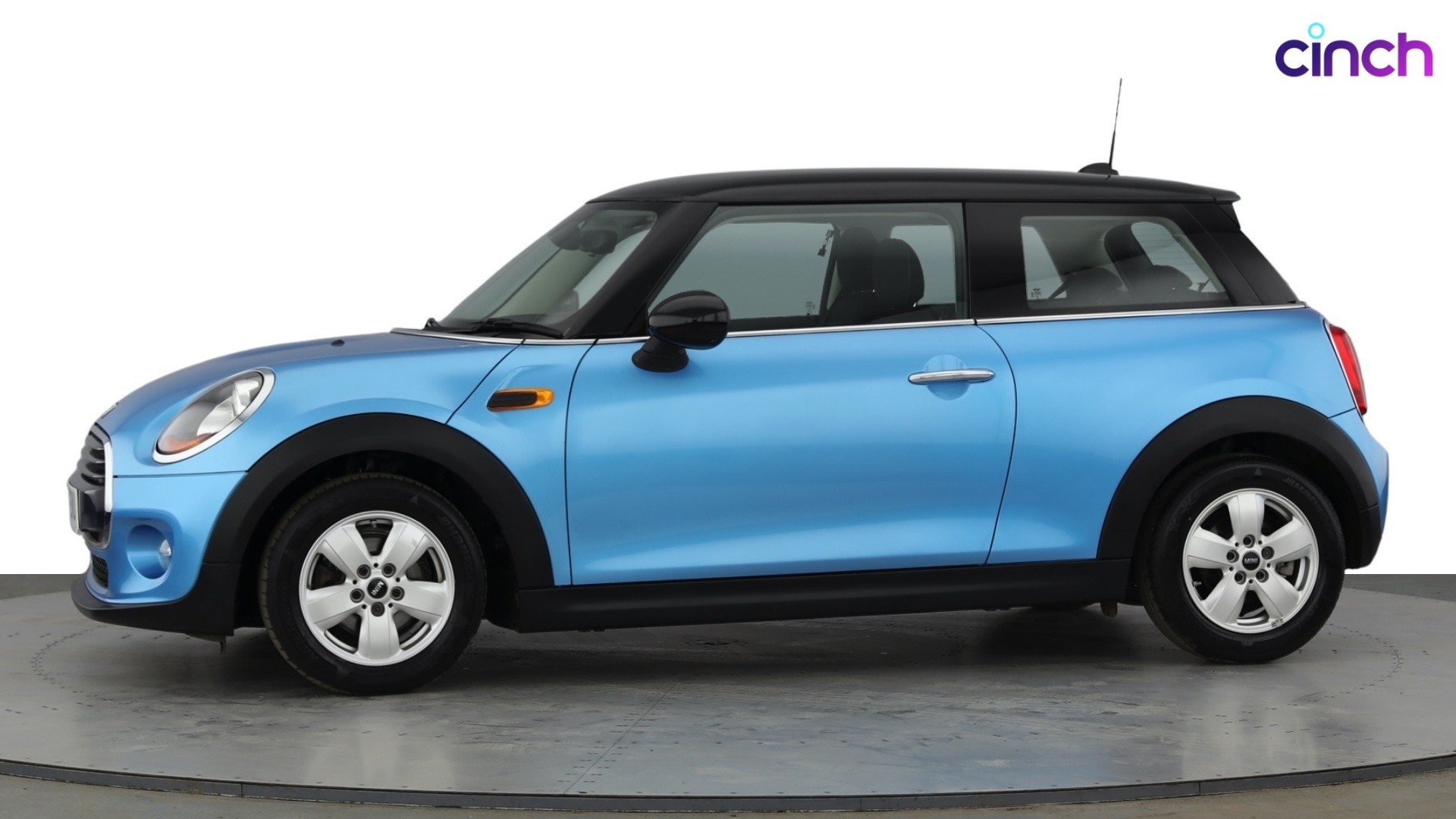 High economy and low emissions are today’s buzzwords, but you needn’t worry with a Toyota Yaris hybrid. Toyota has been developing and honing hybrid technology since the 1990s – – so they know what they are doing.

Whether you’re looking at today’s model or the previous one, you’ll be getting a cutting-edge petrol/electric combination that makes the Yaris one of the best cars for city driving. And it’s wrapped in unassuming bodywork that houses plenty of space for 4 people and their stuff. There’s even loads of standard equipment – it’s a win-win. 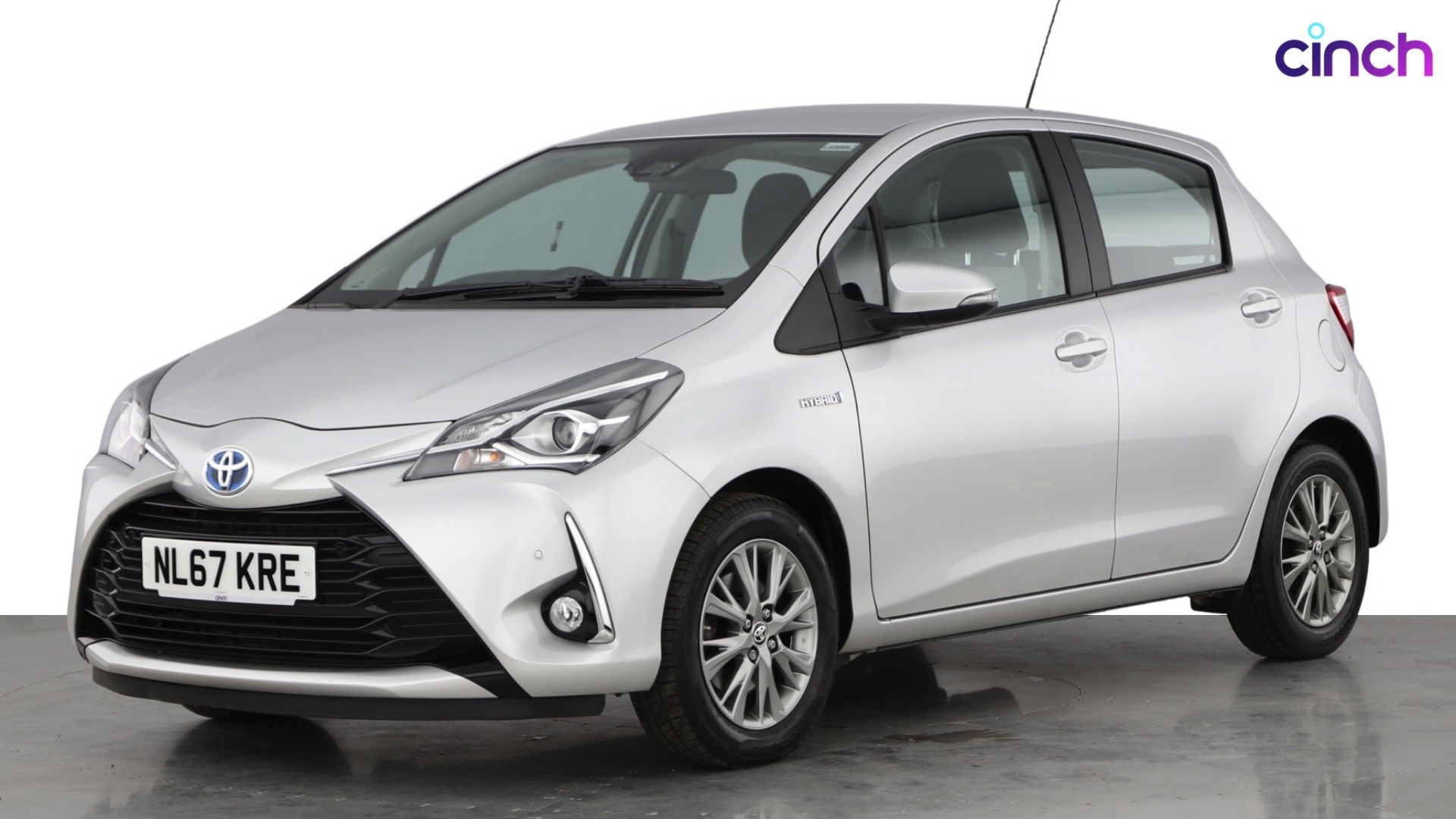 The Audi A1 is the German’s brand’s answer to the Mini. It’s small, looks cool, is really well put together and has stacks of standard kit. It’s just a shame it doesn’t have quite the joie de vivre of its British rival.

The petrol engines will give you a great blend of rev-happy performance, while proving reasonably averse to the sight of a fuel station forecourt. Strong resale values means you’ll pay a bit extra for a good one, but you should make that money back down the line. 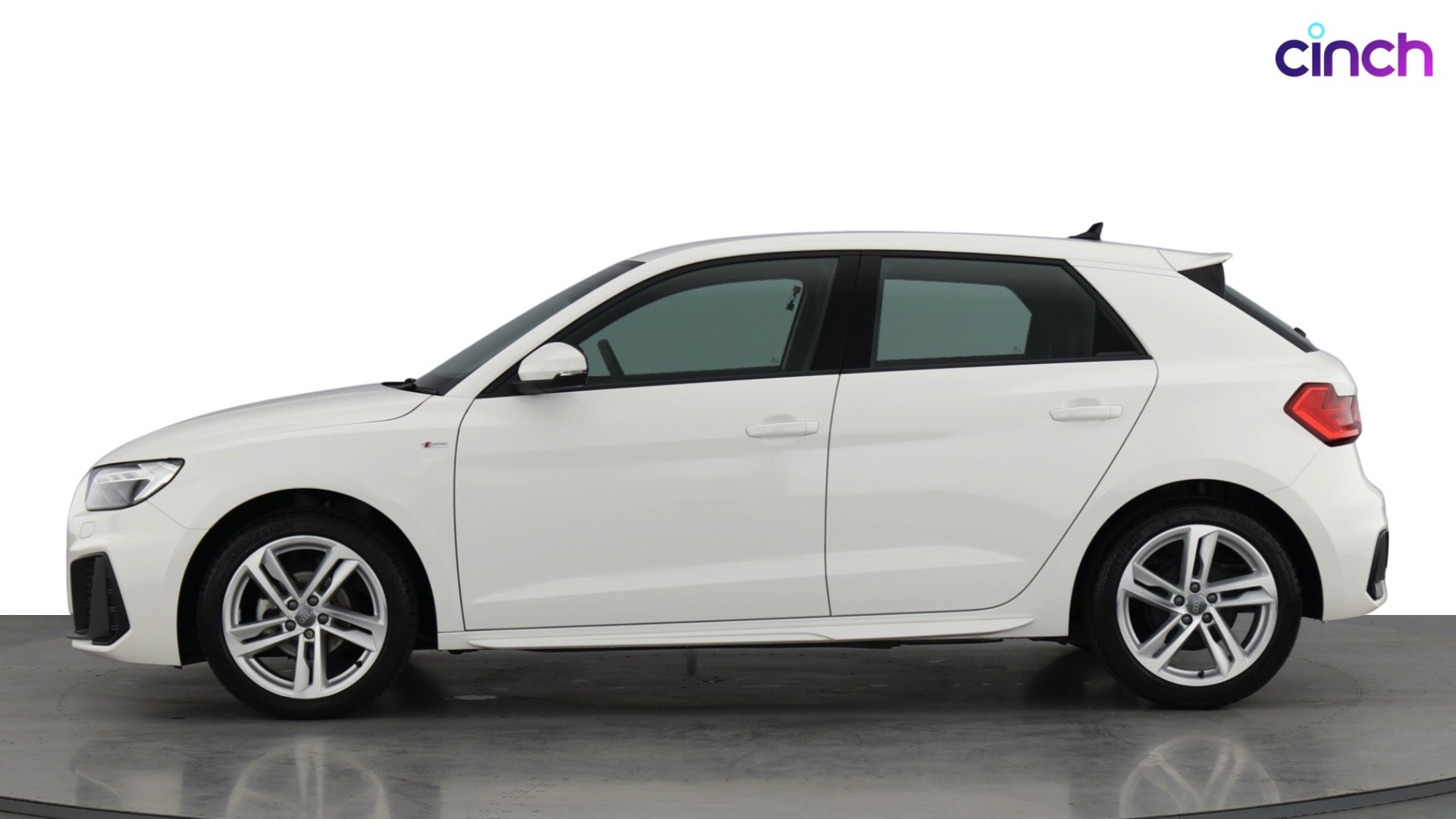 The Skoda brand has come on leaps and bounds in recent years – now being a great city drive for those in the know. This is one of the very best city car options out there. True, if you’re looking for fun you might want to look elsewhere, but it’s hard to argue against this sensible choice.

The Fabia blends a hugely spacious cabin with the sort of equipment that makes you feel good about owning it, plus the ride is really comfortable. The engines are similar to those in the Polo – efficient and not particularly thirsty. 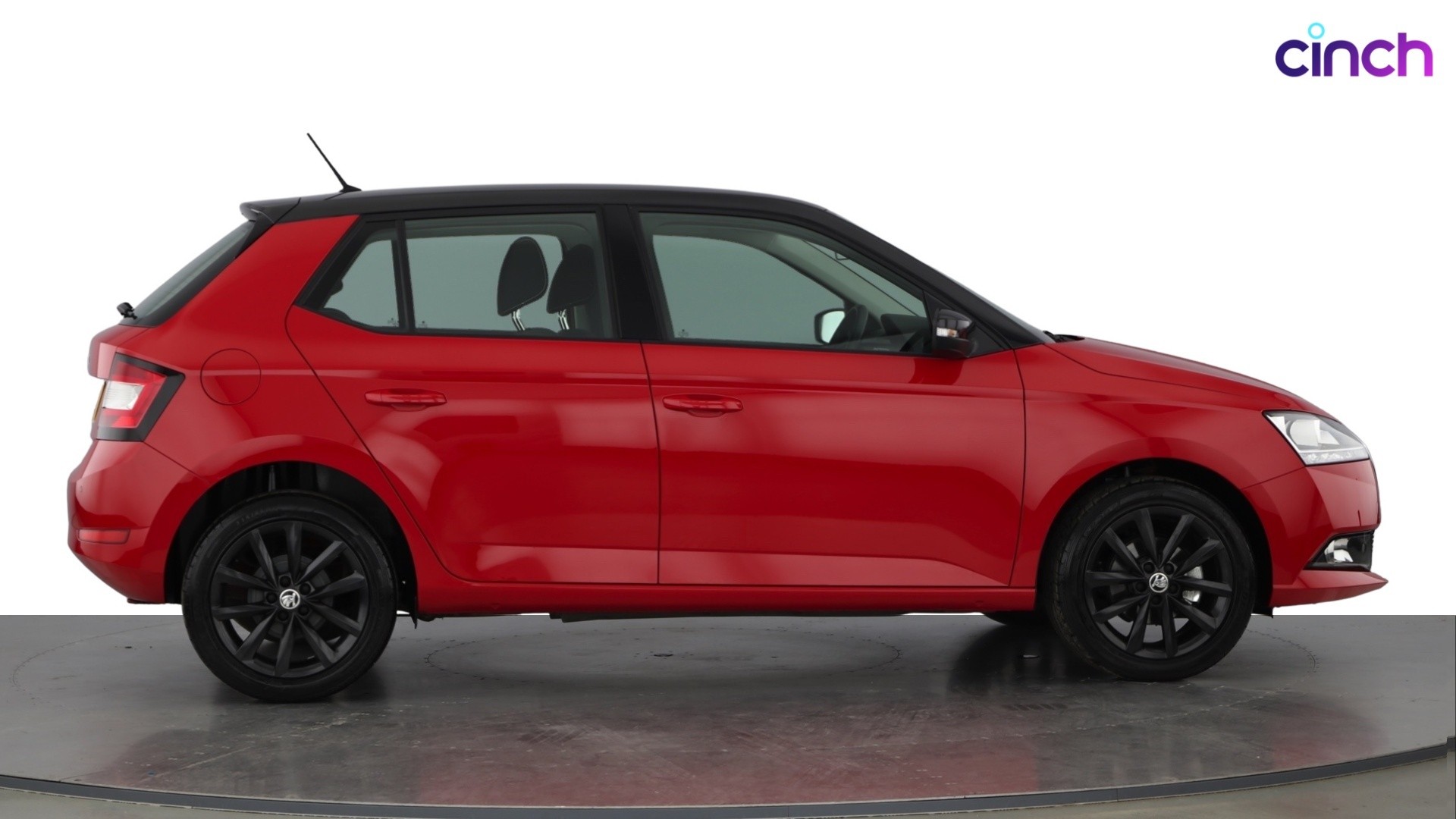 The Honda Jazz is the best city car to choose if you simply want complete peace of mind. It’s the best city car for space, so you and 4 friends can take that trip into town, safe in the knowledge the boot is more than big enough for everything you buy. As long as we’re not talking a new 3-piece sofa, anyway.

The VTEC petrol engine is the sweeter of the 2 on offer, and even entry-level S trim comes with equipment that makes ownership more of a joy, including auto lights and wipers, a DAB radio and air conditioning. 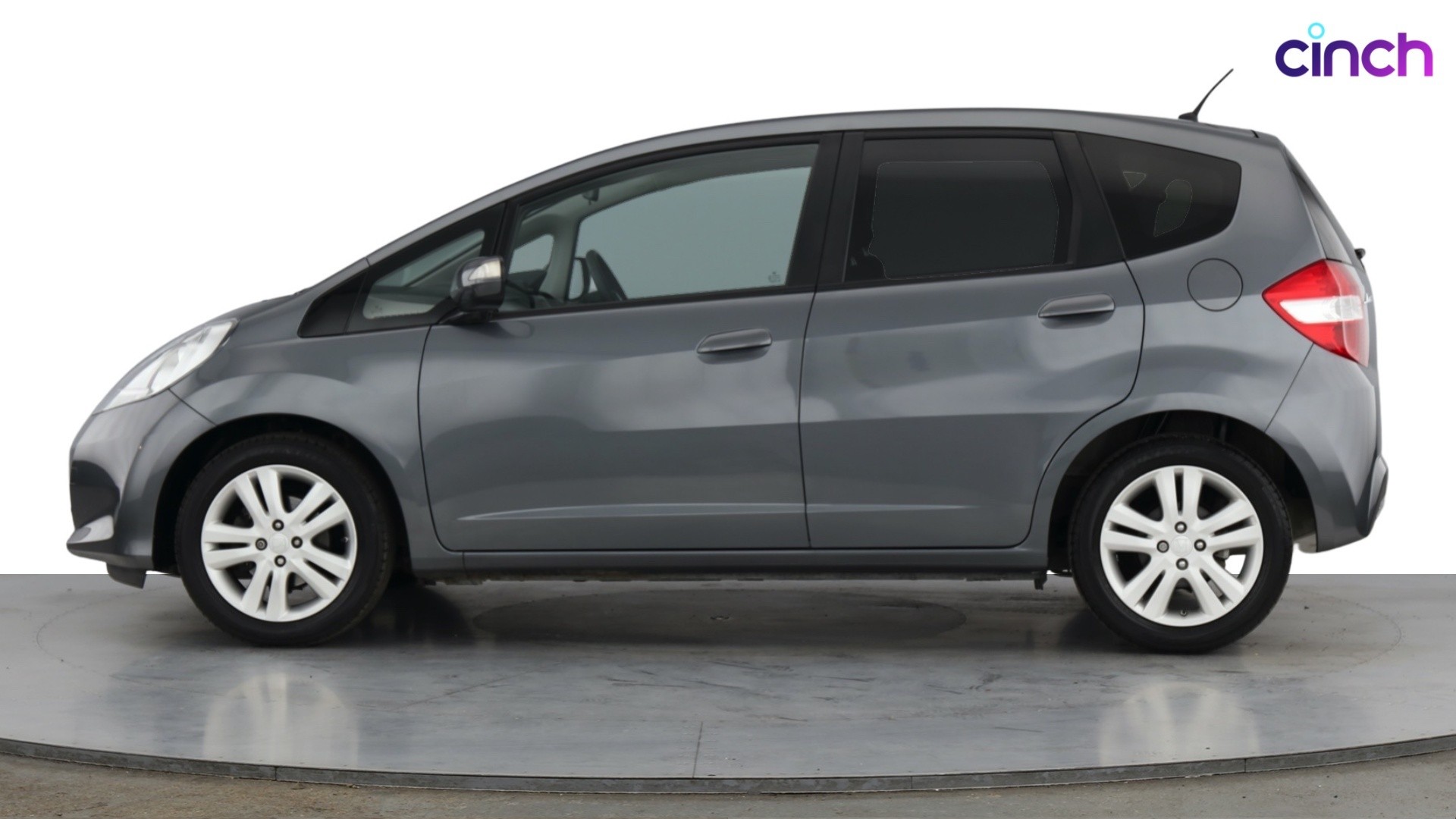 Well, Nicole has long since left Papa at home, but the good news is the Renault Clio has definitely grown up over the past 30 years, too. Today’s Clio and the previous-generation car are pretty similar, so you’re spoilt for choice.

Whichever you go for, the Clio is going to be inexpensive to buy and run, and yet it definitely doesn’t feel in any way cheap. The interior is pretty robust and full of standard kit, with even entry-level Expression models having cruise control, Bluetooth and heated door mirrors. The smooth 0.9-litre petrol engine is a fine choice for that fully grown-up driving experience. 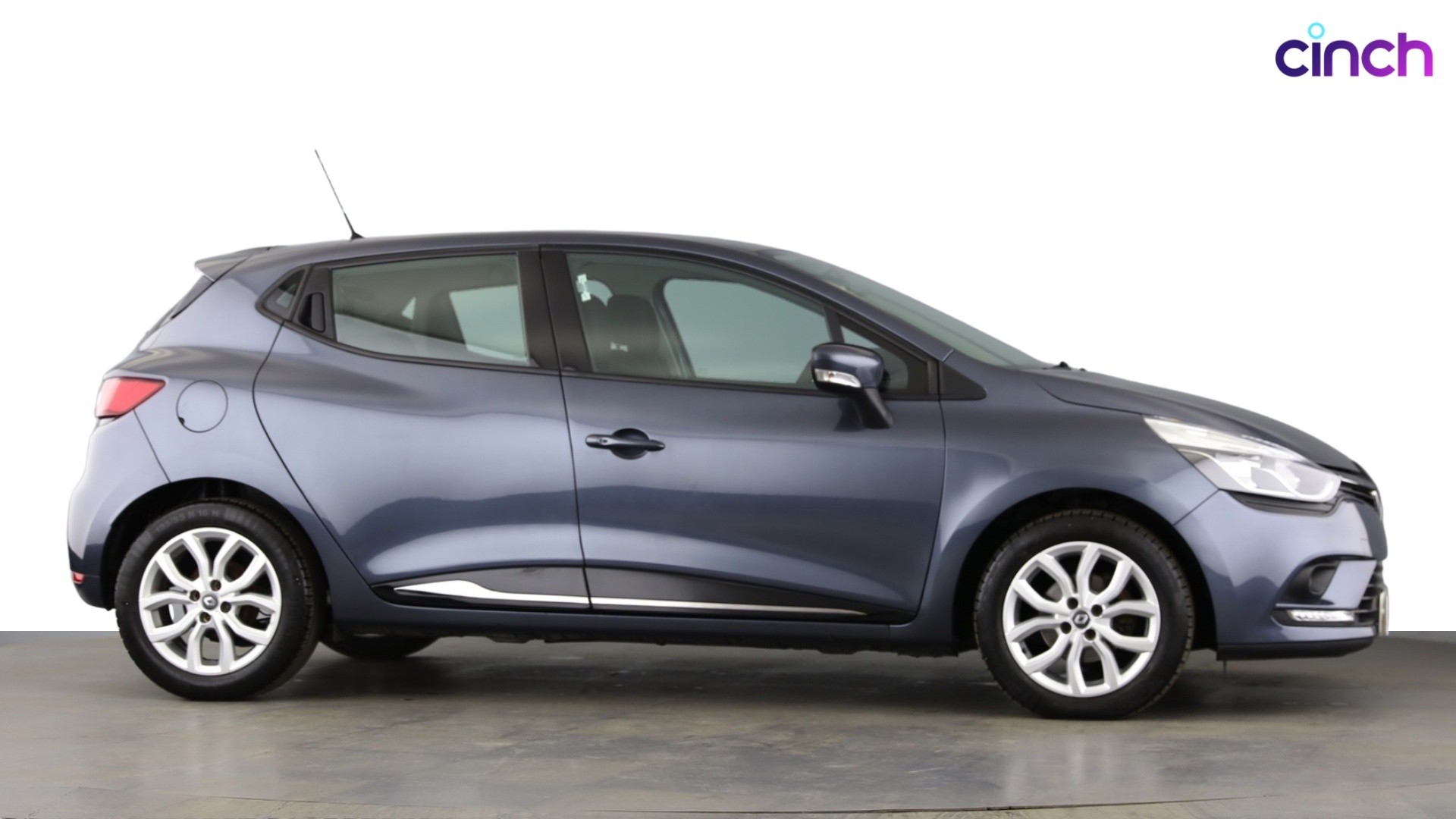 The mere fact that the Renault Zoe’s electric makes it one of the best small cars for city driving. Even the entry-level 88bhp motor gives the Zoe a proper spring in its step. This only gets better with the later, higher-powered versions, which have up to 134bhp.

Cars built after 2015 claim an official 250 miles, but you’re unlikely to see that kind of range in colder winter weather and later models haven’t really extended that. A full charge can take up to 9 hours at home, but a quick charger in town will slash that to less than 3 – or pretty much the same as the average shopping trip. 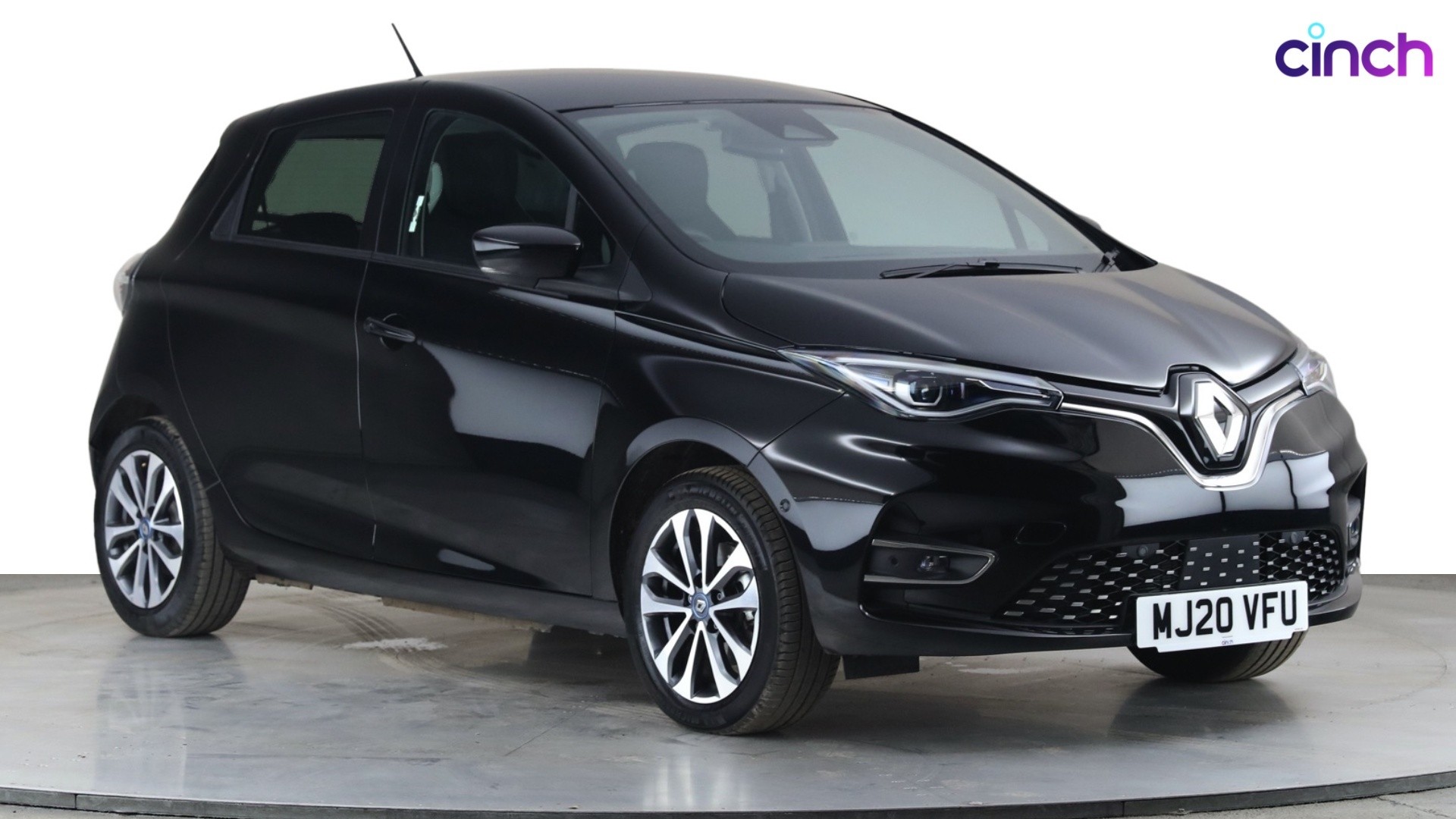 Ok, the Vauxhall Corsa isn’t the world’s most memorable car but it’s a bargain. And there’s almost guaranteed to be one out there that’s perfect for you.

There’s a vast engine range, covering petrol, diesel, economy and performance, and a huge variety of trims, most of which are decently kitted out. The SRi version has all the essentials such as air-con and a touchscreen, while Excite models even have a heated steering wheel. The Corsa also feels light and easy from behind the wheel, which makes it a great car for city driving. 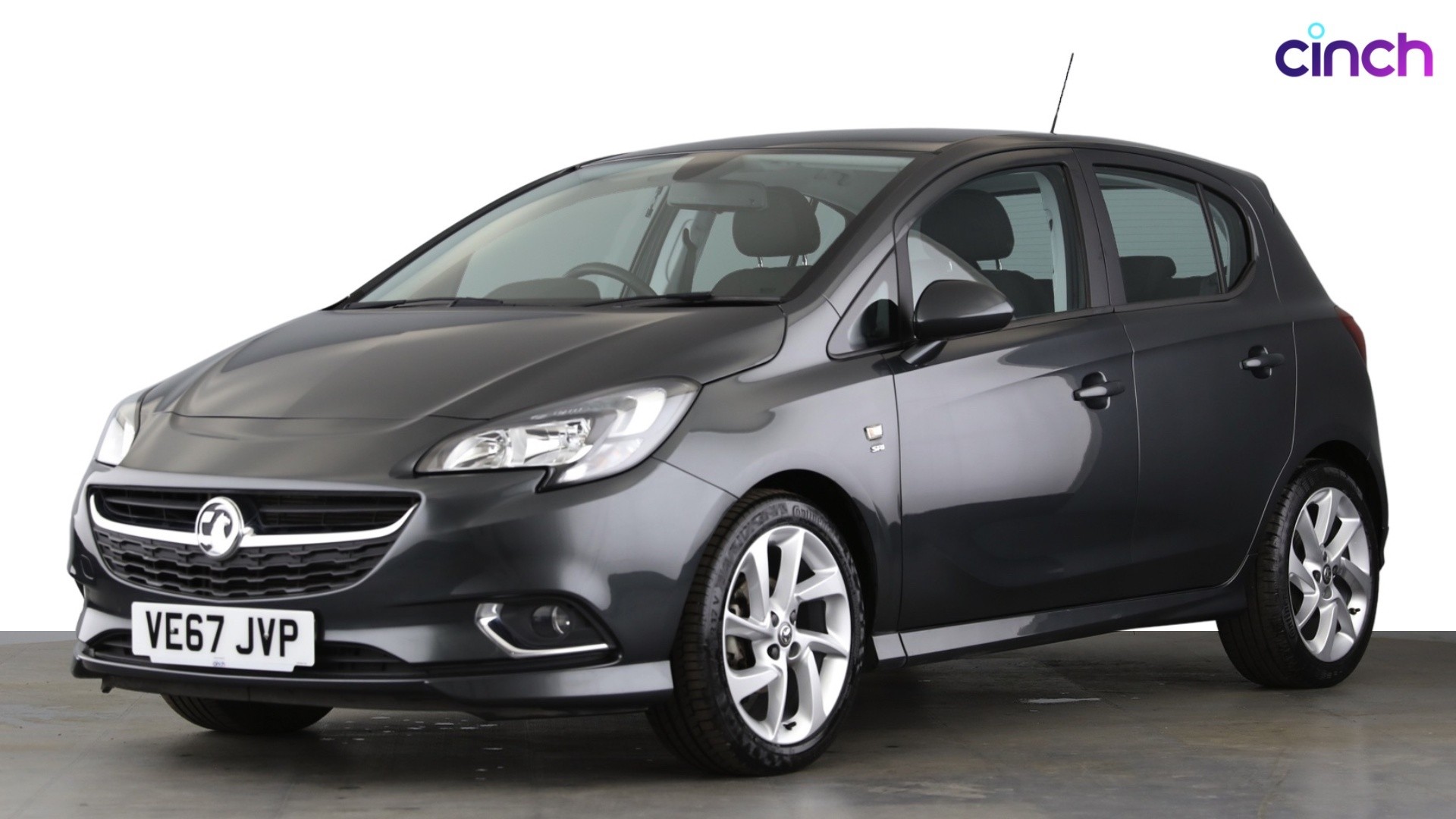 Still can’t decide on your next used car?

Don’t worry, we’re here to help. Just visit our Help Me Choose section and we’ll guide you through every step so you end up with the perfect used car for your needs and budget.

Keep up-to-date with all things cinch.