The Honda Jazz is a great option if you’re a person who wants massive space and practicality – all wrapped up in a package that’s small enough to take the stress out of parking and keeps running costs to a minimum. It’s full of clever touches, including ‘Magic’ seats. Yes, abracadabra alakazam and that huge load really will fit.

The Honda Jazz has always screamed ‘practical’, with its upright stance, large glass areas and near-vertical tailgate. Both the 3rd generation and current 4th generation versions stick resolutely to that ethos. In fact, it doesn’t matter what generation of Jazz you look at, it’s always immediately obvious that you’re gazing at Honda’s practical supermini.

Sit inside the Jazz and, given the overall sense of airiness, you’ll be shocked to find that the 3rd generation model is actually shorter than a Ford Fiesta, while the current car is only slightly longer.

On both versions, at the front, the Honda badge is prominent, and flanked by large headlights. The windscreen is a steeply raked affair to help aerodynamics, and the bodywork is taller than you’d expect, which makes getting in and out easier.

At the rear, stacked tail lights flank the almost-vertical tailgate, which extends down lower than most rivals’, to make it easier to load and empty the boot. 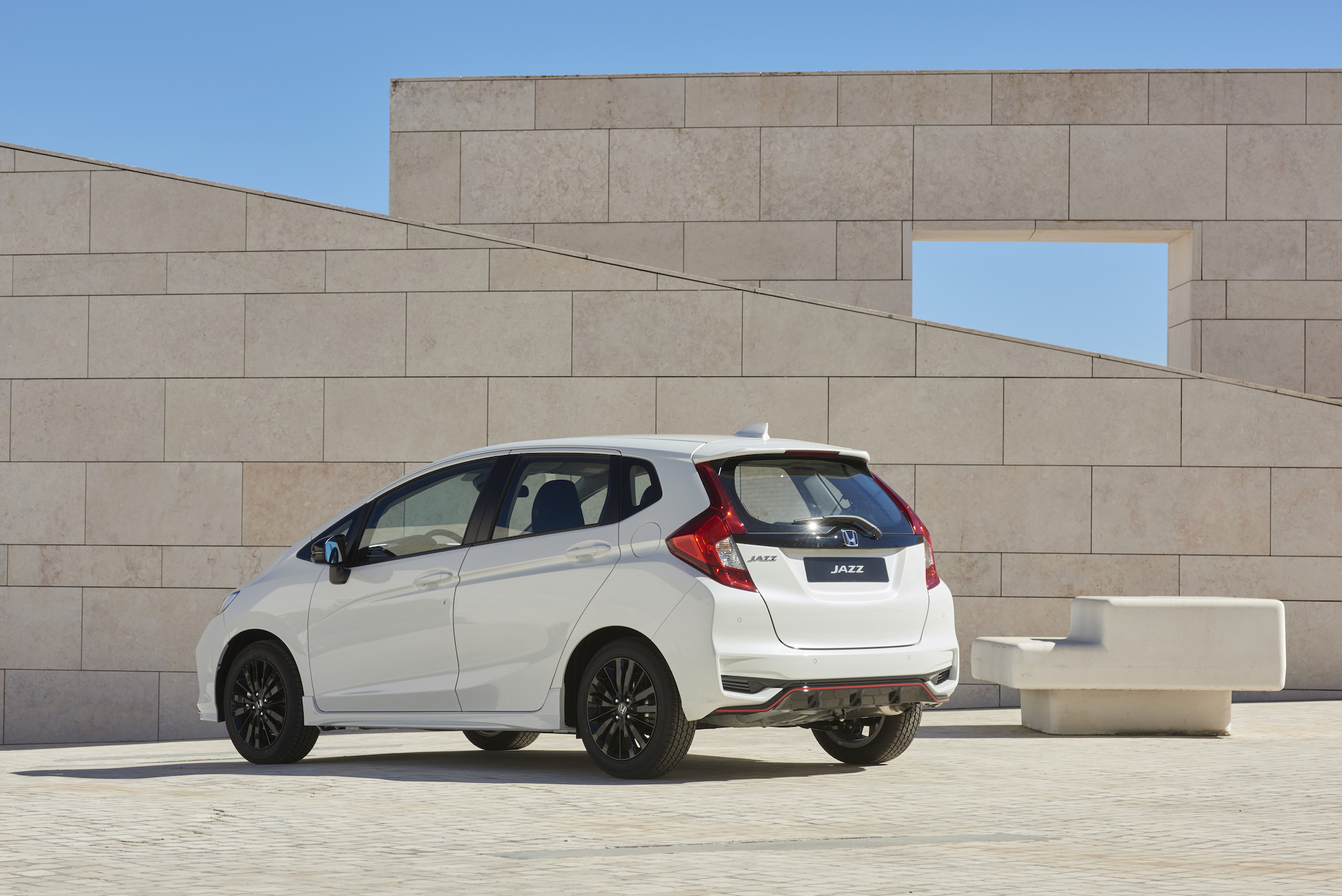 Both the 3rd and 4th generations of the Jazz excel in town. They have light steering that makes the car a doddle to park, and the large glass areas mean you get a superb view out, either forwards or backwards. This car is built for parking garages.

The suspension in the later car is slightly softer, especially so in the SUV-style Crosstar version, which has benefits for the ride quality. The good news is that you won’t feel uncomfortable in any Jazz.

The previous-shape car came with either a 1.3- or 1.5-litre petrol engine. The latter is slightly punchier and barely any thirstier, so makes a fine choice. There’s no diesel option.

The current car offers a 1.5-litre hybrid drivetrain that’s smooth and quite quiet, and allows for short periods of electric-only motoring. It also gives the Jazz a respectable turn of pace, so keeping up with traffic is no bother at all. 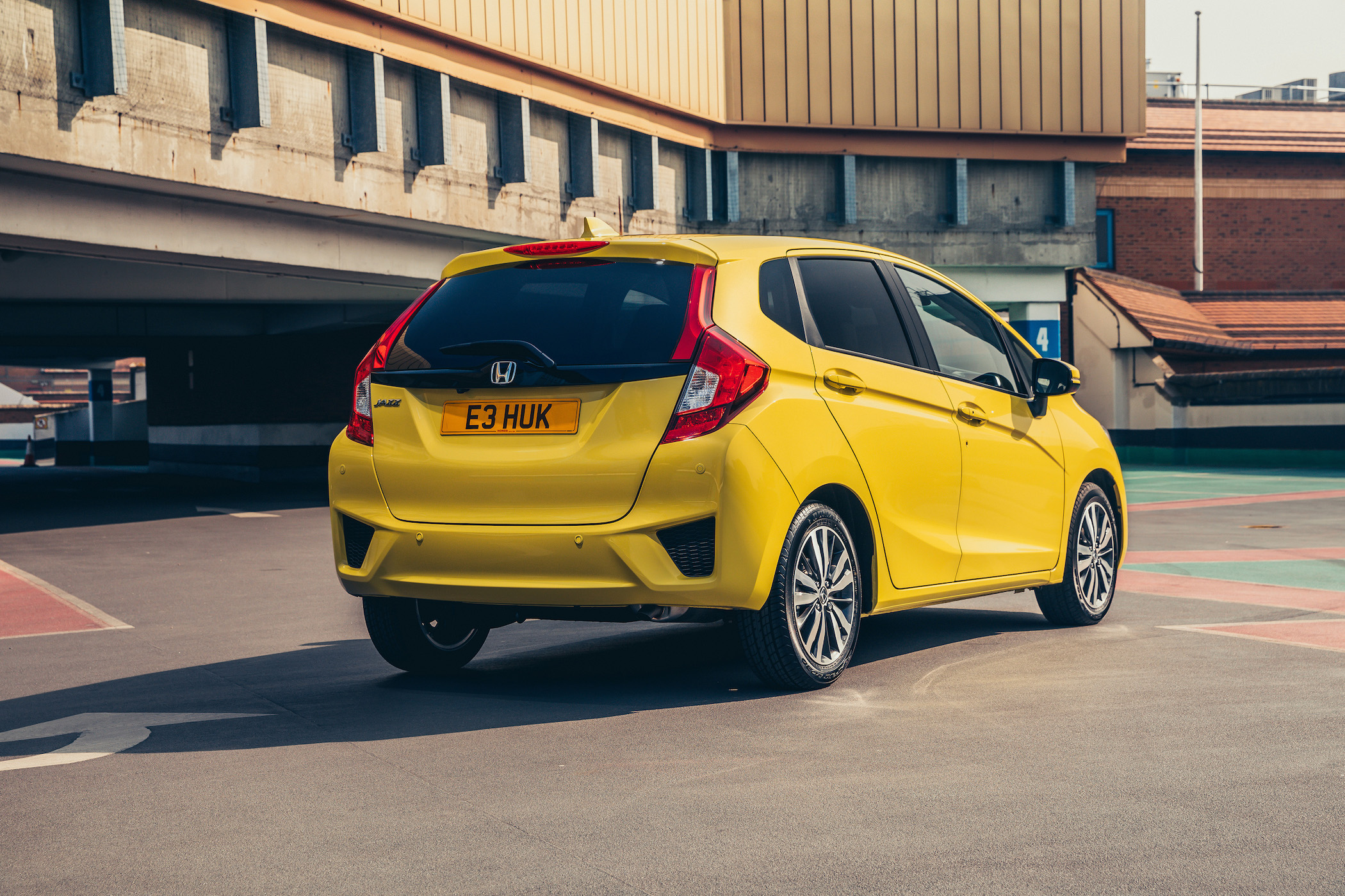 It also gives the Jazz a respectable turn of pace, so keeping up with traffic is no bother at all.

The dashboard on the Mk3 Honda Jazz is a tall, upright affair with the speedometer directly ahead of the driver, and flanked by a rev counter and circular digital display.

There are numerous vents across the top of the dash, leading you to a central infotainment touchscreen with a digital climate control display below that. The buttons below the climate panel let you set it just the way you want. Below that is a stubby gear lever that isn’t much of a stretch, with various power and USB sockets ahead of it. The current car’s dashboard is a slightly lower, flatter affair.

As you’d expect of a Honda, both versions are superbly well put together, with classy-feeling plastics in the areas you usually touch, and sturdy plastics lower down. All the levers and switches feel like they’ll keep operating in exactly the same way for many years to come.

It’s a shame that adjustable lumbar support isn’t available. Crosstar models have water-repellent fabric on the seats, which means a spilled macchiato will never pose an issue – unless you spill in over your trousers. 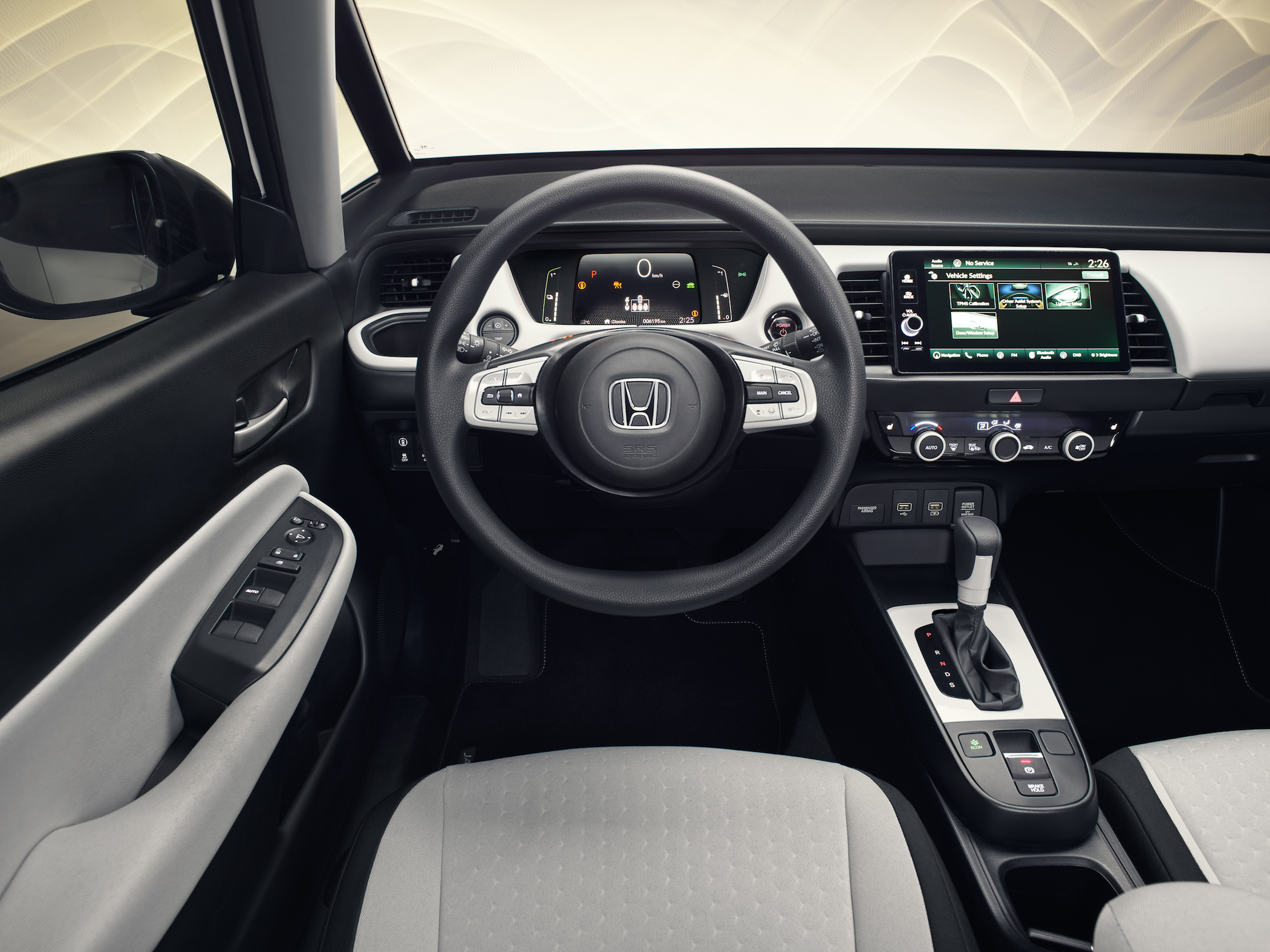 This is where the Jazz is truly magic. No, really. It has a ‘Magic Seats’ system that allows the rear seats to be folded down to extend the boot. These also allow you to lift the seat cushion, cinema style, so you can place large loads securely behind the front seats. Superb.

So that’s stuff covered, but what about people? Easy-peasy. There’s a huge amount of room for a couple of adults up front, and space for another couple of tall people behind them. A third passenger will fit too, although there won’t be any social distancing going on. Still, the flat floor means they won’t have to straddle a tunnel.

Boot space is superb in both generations, with space for large suitcases or pushchairs, and a low lip to lift things over. 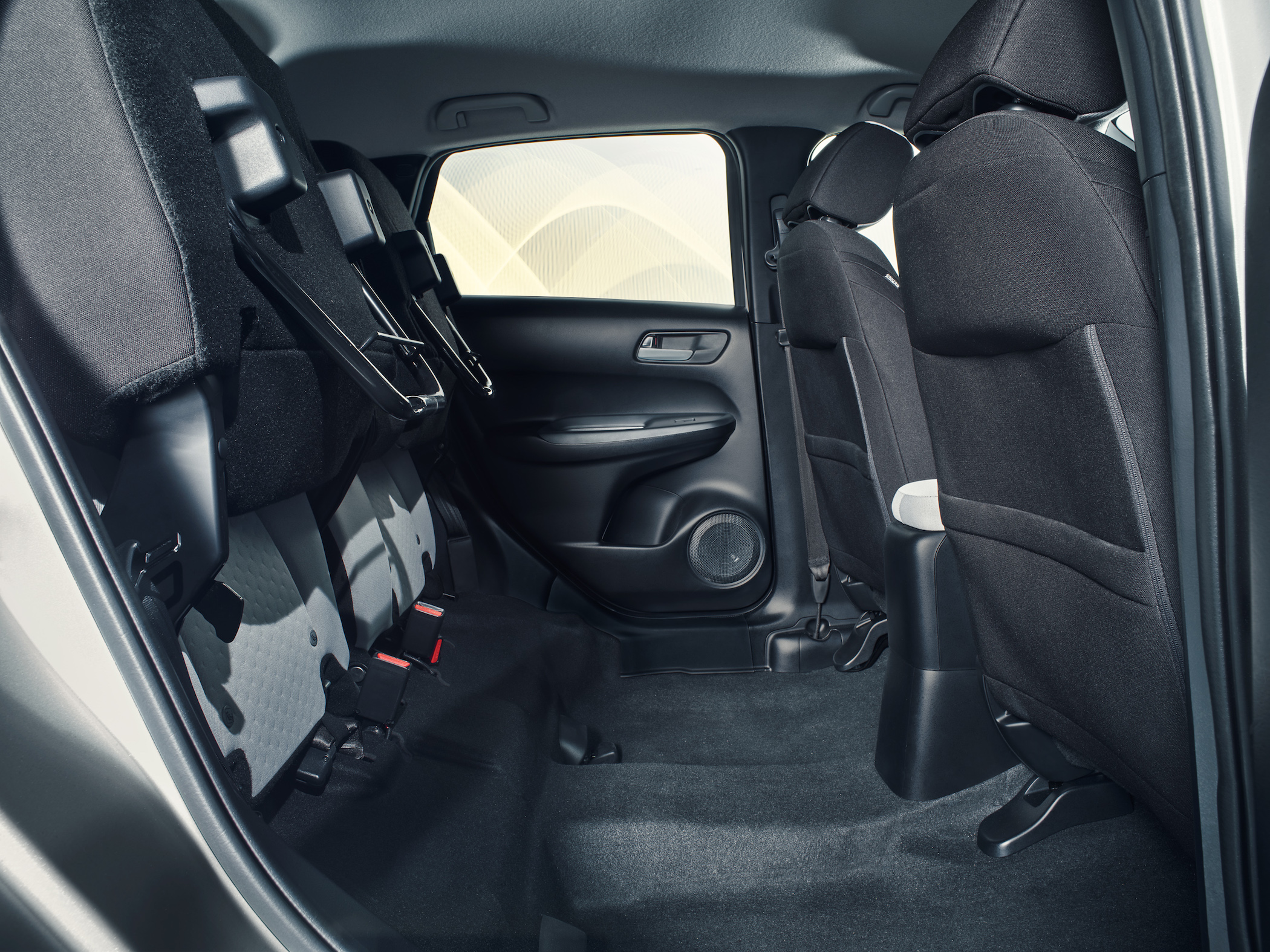 Any Jazz should be cheap to run. Even the thirstiest engine (the 1.5-litre in the older-generation car) should manage an average economy figure in the early to mid-40s, and the other engines should do a bit better than that. Insurance costs are relatively low for the class, with groupings kicking off at 13 and topping out at 20.

Reliability is, frankly, superb. The Jazz is known for being one of the most dependable cars you can buy, with few areas of concern. It tends to lead a life of family duties, so just make sure that everything folds, raises, twists and turns in exactly the way its maker intended and you’ll be fine.

The Jazz caters for a vast range of potential buyers, because it’s small on the outside, huge on the inside and dependable. he flexibility of the seats means you can turn it from being a mini-MPV into a small van in just a few seconds, while the tall doors and tailgate opening make it easy to get people and belongings in and out.

Both versions have earned a top 5-star rating from safety test body Euro NCAP, which provides extra peace of mind.

While there’s nothing else quite like a Jazz, you might want to take a look at these:

If you need a car that’s so easy to use and live with that it blends into the background of your life, there really is nothing better than a Honda Jazz. It simply gets on with doing everything you need it to asquietlyas possible, and that goes for its running costs too.