For many modern drivers in search of their next ride, low running costs are somewhat of a priority. In which case, there are few cars with lower running costs than a Toyota Yaris, no matter whether you’re looking at the previous-shape car or the current model. If you simply want to nip to your local deli or take your significant other on a day out, the Yaris could be the car for you.

Either generation of the Yaris is a decent-looking machine, even if neither has quite the Manga-inspired styling of the smaller Aygo city car.

The previous shape car, which launched in 2011, still looks fresh today. The theme is set by the large upturned grille, surrounded by an eye-catching bumper with various slashes and creases. The sculpted sides feature a rising window-line as well as chrome highlights, and the rear bumper is pretty angular. The wheels are neither so big that they affect comfort nor so small that they look like skateboard trucks.

The current car is undeniably an evolution of the older car’s styling - with fewer straight edges to give it a slightly softer style. It also has more prominent wheel-arch bulges and funky LED taillights. 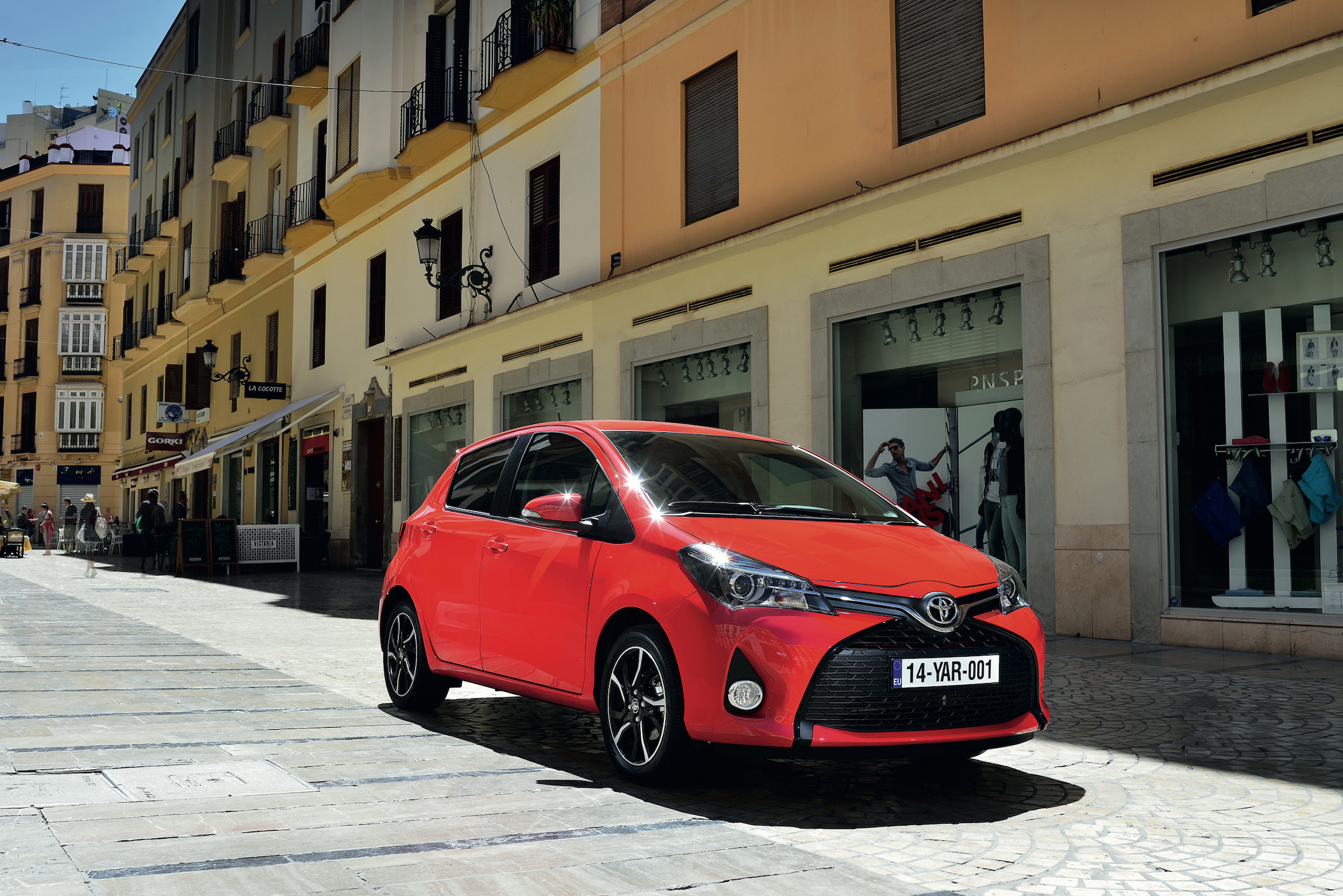 Cars like the Yaris are designed to spend the bulk of their lives in town, and this is where either version of the car excels. Both are available with a hybrid powertrain that lets the Yaris run on electric power alone for short periods in town, which has a hugely beneficial effect on fuel economy.

The 1.5-litre engine in the older car is also a mighty fine option, because it’s still economical, and it also makes light work of jaunts on the motorway.

All Yaris models have light brakes, clutches and gearshifts (or efficient CVT transmissions in the case of the hybrid), which means that inner-city traffic jams are a breeze. The steering is also quick and light, so quick U-turns when you’re lost or tight parking manoeuvres are child’s play for the Yaris. 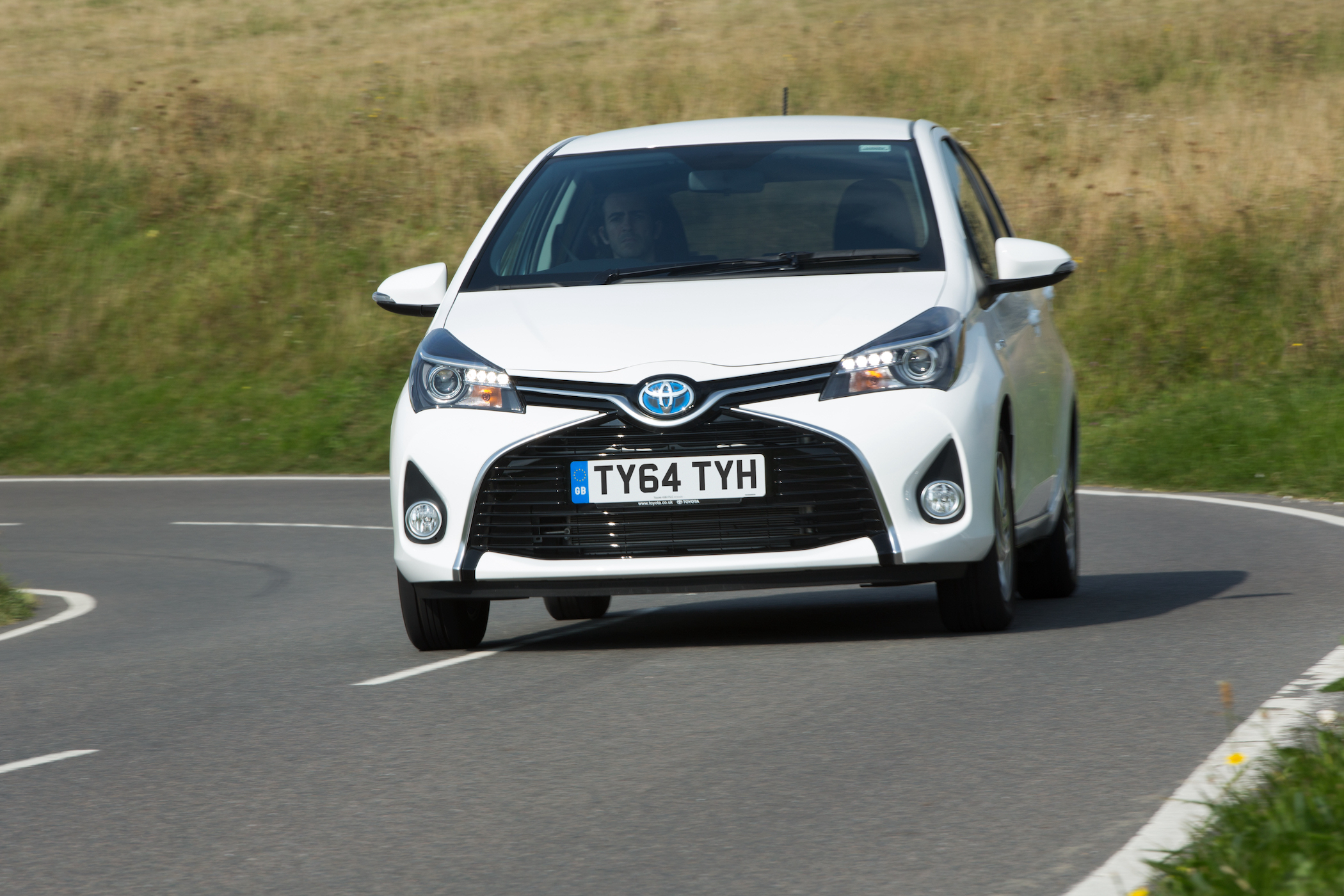 Quick U-turns when you’re lost or tight parking manoeuvres are child’s play for the Yaris.

Long gone are the days when Toyotas were seen as the slightly staid offering in the small hatch category. Even though the previous-shape car was designed way back in 2011, it has a dashboard that swoops this way and that, with a decent-sized touchscreen front and centre. The button-covered steering wheel also looks pretty sporty. Later models come with a two-tone colour treatment for the dash and door trims, which looks cool.

Every model - bar the entry version - has air-conditioning as standard, and you’d don’t have to move far up the range before this becomes climate control. Electrically-operated door mirrors also feature as does a reversing camera. If you choose an even higher-spec model, it’ll have sat nav and a panoramic sunroof. 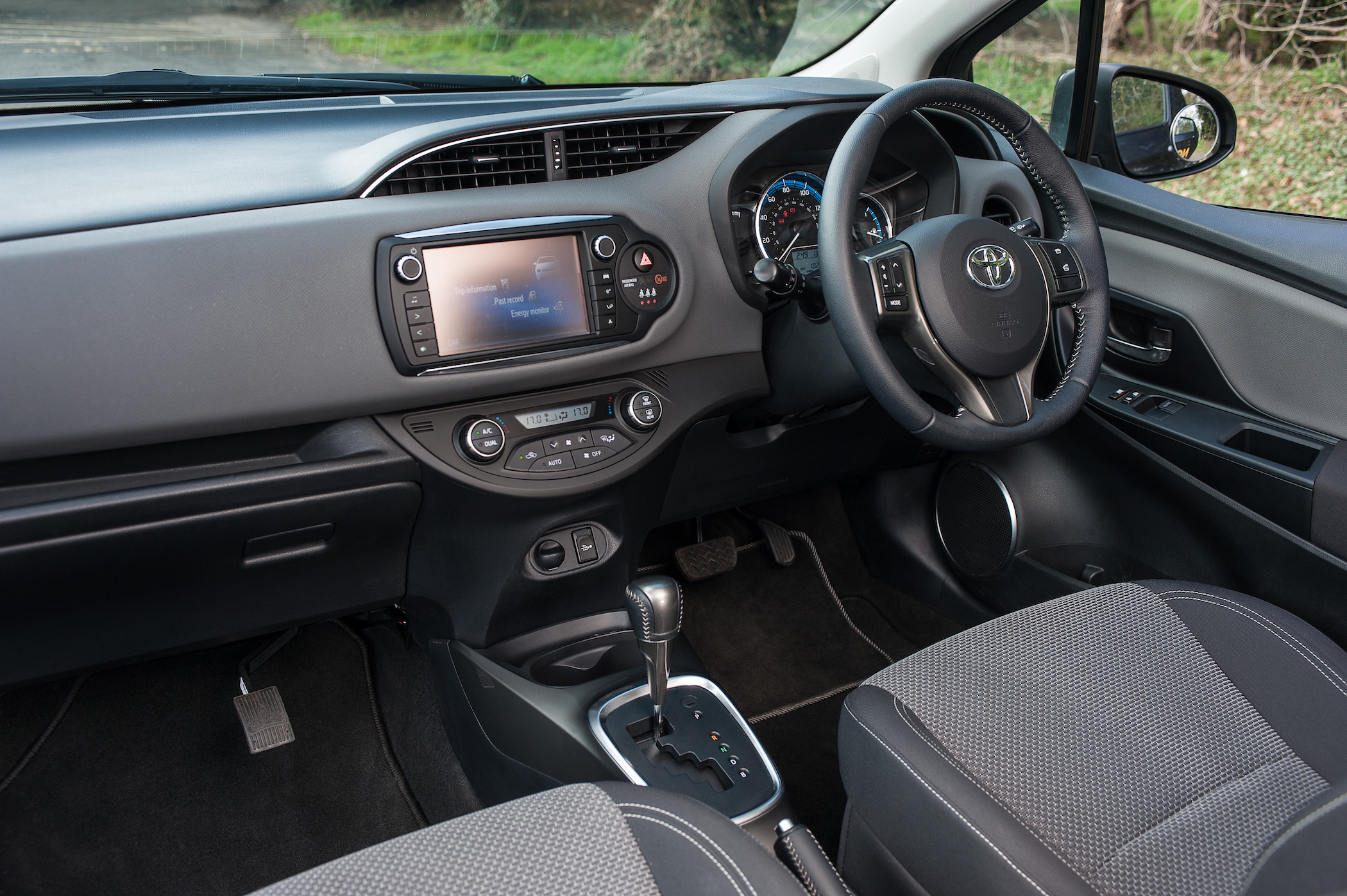 If you’re in the market for the current-shape Yaris, expect automatic lights and wipers (with LED headlights from Design trim onwards), plus a central touchscreen that has the ability to mirror your smartphone using Apple CarPlay or Android Auto. Dynamic models also come with a punchy JBL audio system.

In both versions, build quality is beyond reproach, despite the budget pricing. Everything you touch feels strong and robust, everything moves with a slickness that suggest it’ll keep doing so for many years, and even plastics lower down the cabins feel fairly plush.

The Toyota Yaris is living proof that small on the outside doesn’t have to mean small on the inside.  Both versions of the Yaris are a whole lot roomier than you’d expect.

There’s decent space up front for a couple of lanky adults to feel perfectly at home, and enough room behind for a couple of six-footers to feel comparatively relaxed when you’re carpooling to your 5-a-side games. The floor is also completely flat, which enhances the feeling of space for rear-seat occupants.

Both models have a fair amount of boot space, although the older car has more. There’s a bit of a lip to lift things over, and a step in the floor if the rear seats are lowered. 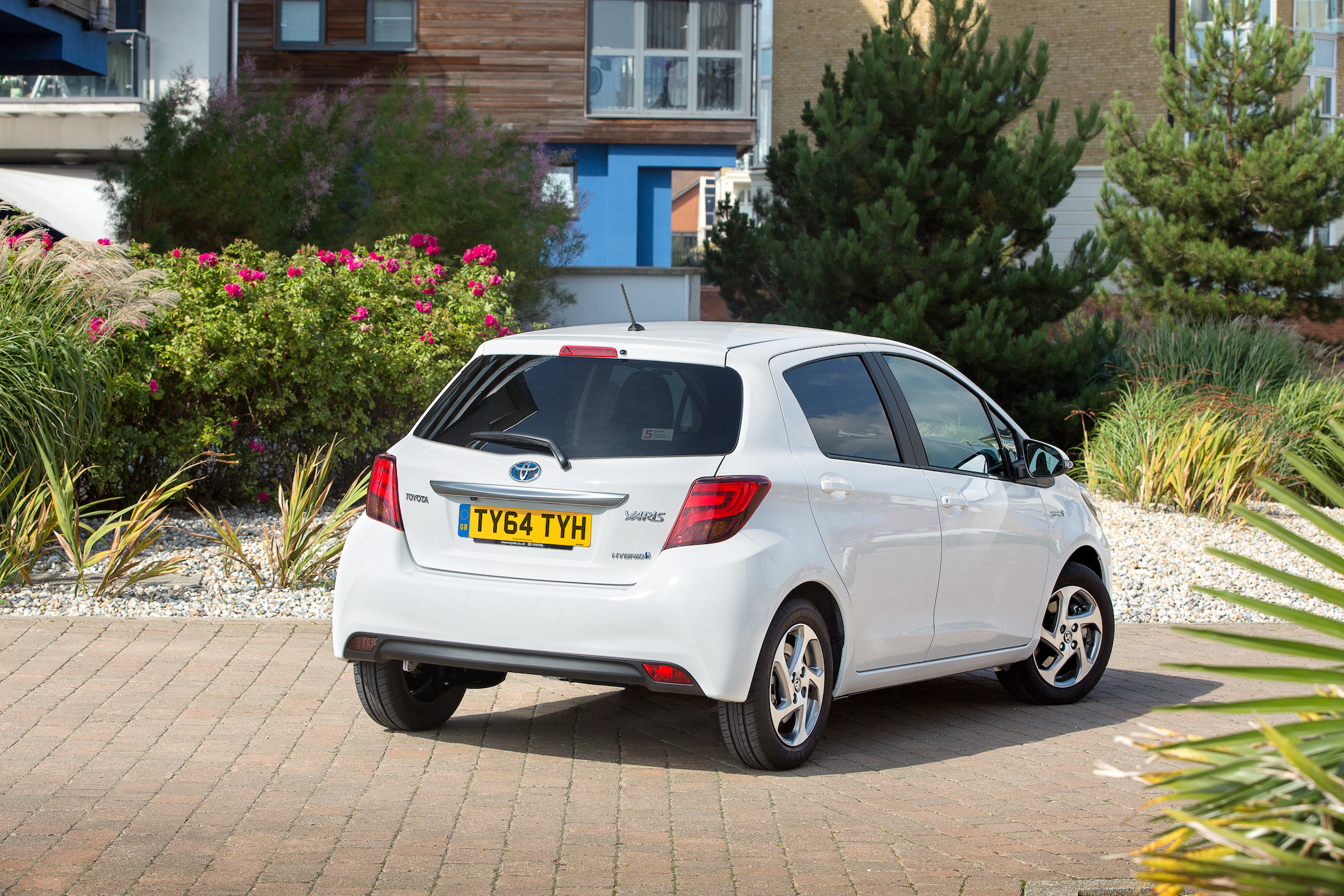 The previous-shape Yaris has an official average economy figure of almost 81mpg. And that’s all we need to say about that. You’ll be a long time between refuelling trips to the petrol station. The 1.5-litre non-hybrid petrol does a fabulous 55.4mpg, which seems almost thirsty by comparison. The good news is that the current-shape car is similarly thrifty.

The Toyota Yaris is absolutely perfect if you spend most of your motoring life in town. That’s because it’s well-equipped and spacious inside, while it’s also good to drive and manages to get from here to there using barely more than a thimbleful of fuel. It’s also available from bargain prices, and the Toyota name means you’ll be able to count on it not to go wrong.

There are loads of rivals for the Yaris, although none can get close to the economy figure it’s able to muster:

If you want to get from where you are to where you need to be with the minimum of fuss and expense, then you could do a lot worse than a Toyota Yaris, which is well-equipped, quiet, comfortable and unlikely to let you down. It even manages to look pretty funky into the bargain.