The Suzuki Swift is a small car for those who want just that - a small car. Not a small car that’s actually a bit porky or slightly bigger than you’d expect – it’s one that takes no effort or thought to park, and which will inflict minimal pain on the household finances into the bargain. Small and perfectly formed.

The previous-generation Suzuki Swift has always had a look all of its own. It has slightly straight sides and a narrow glass area that looks almost like the car has a wraparound visor.

The front end stands out from the city car norm too, with its simple 2-tier bumper and grille, and headlights that curve up and extend far into the front wings. When creating the current car, the designers took an ‘if it ain’t broke, don’t fix it’ approach, so the model of today is clearly an evolution on its predecessor, albeit softened.

The same holds true at the rear. The stacked tail lights slope outwards and flank a wide tailgate, which sits above a number plate in a recess in the bumper. Where the previous-shape car had conventional door handles, the current version has funky ‘invisible’ rear door handles that are incorporated into the door frame. 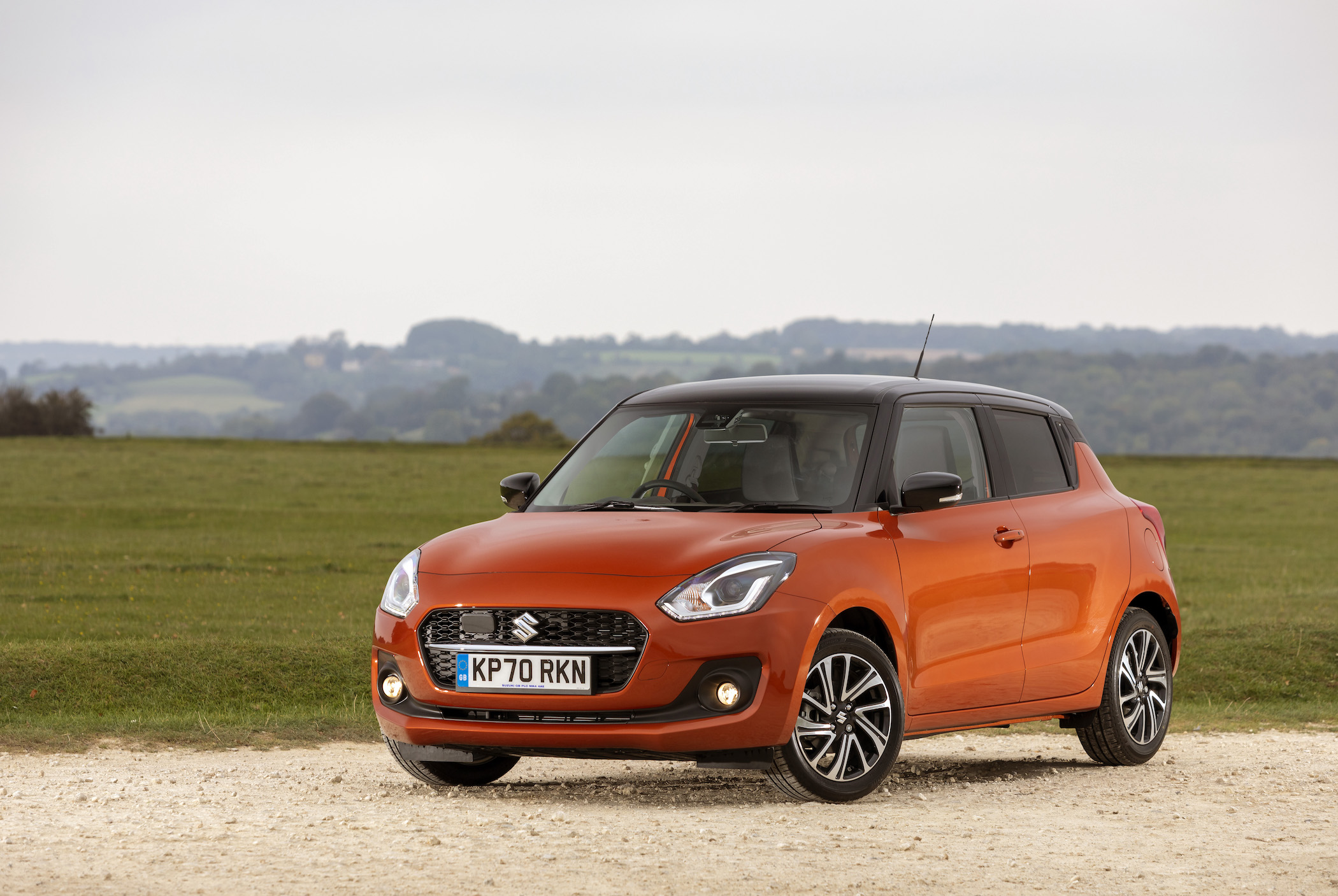 The front end stands out from the city car norm too.

Both modern generations of Swift are available with a 1.2-litre naturally aspirated engine, which isn’t that powerful. Because it has a revvy, fizzy nature, it’s actually pretty fun to drive.

That zippy feel continues around corners as the Swift has a real eagerness about it, and changes direction like a puppy searching for a biscuit.

Its sharpness is useful at low speeds, where the quick steering makes parking easy. If there’s something to look out for, it’s that the ride feels a bit ‘sporty’. 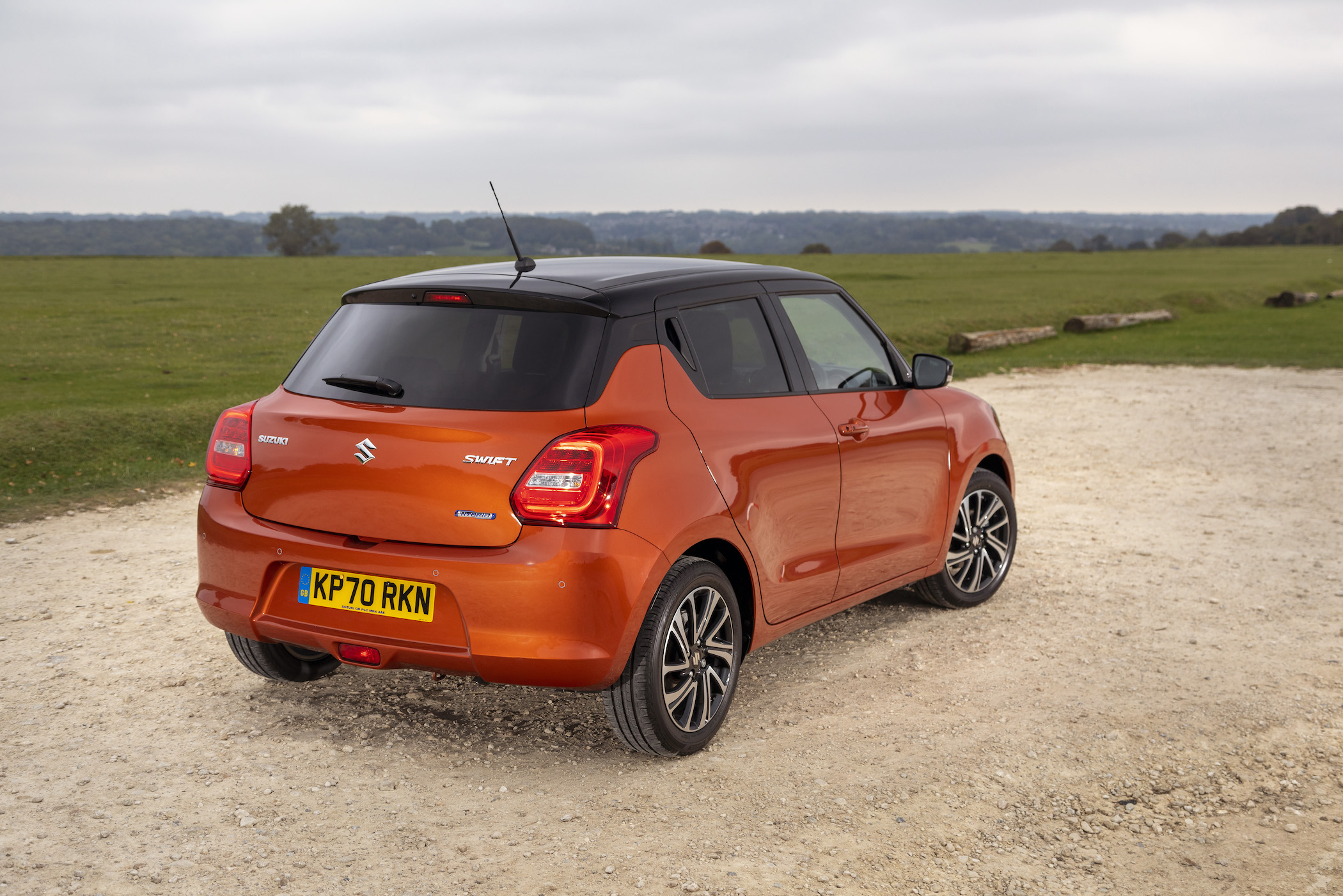 Because it has a revvy, fizzy nature, it’s actually pretty fun to drive.

As long as you don’t approach Suzuki Swift ownership expecting it to have the quality feel of, say, an Audi A1, you won’t be disappointed. That’s because the plastics used in both modern generations feel of the ‘built to last’ variety, rather than the ‘built to make you feel good’ type.

It doesn’t feel cheap. There’s little sign of the soft-touch plastics that convey a truly luxurious feel. Instead, the Swift’s cabin seems solid, durable and like it’s there to do a job. Both dashboards have a simple layout with conventional instruments ahead of the driver, with vents of various shapes on either side.

In the centre of the previous-shape Swift, some models have a central touchscreen that looks a little bit dated yet works well enough. Below the screen lie the air-conditioning controls, and under those are a power socket and USB socket.

The current car still has conventional dials, and various vents. The optional central infotainment touchscreen looks more naturally integrated. This screen also incorporates Apple CarPlay and Android Auto smartphone mirroring, which is what most people will use for the bulk of the time. Again, below this area lie the neat-looking controls for the climate system.

Entry and mid-range models of the current car feature height adjustment only for the steering, whereas top-spec models have reach adjustment too. 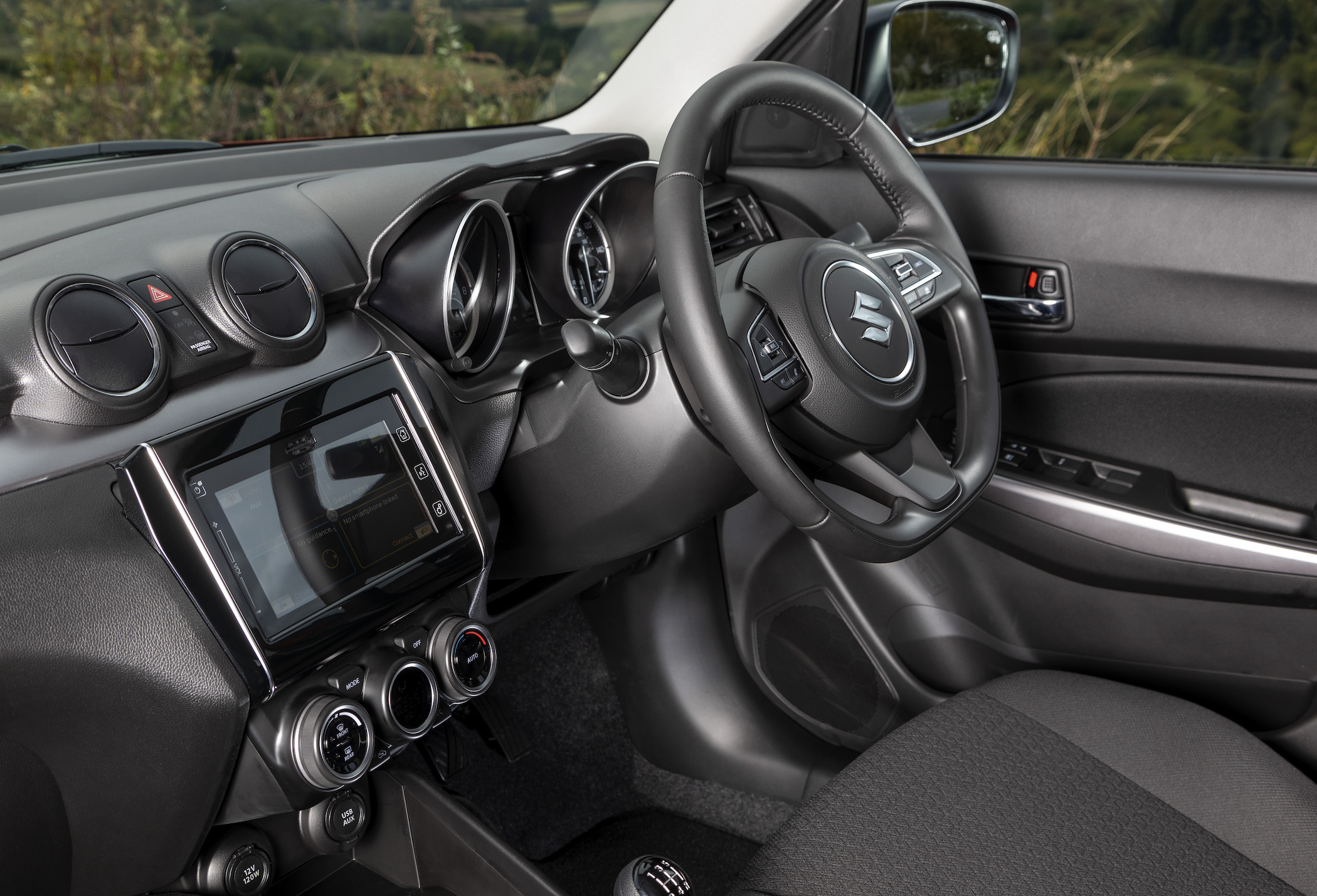 The Suzuki Swift might is quite diminutive on the outside. Yet, it still has decent space for 2 tall adults up front, partly because there’s loads of seat adjustment available.

The current car also has space for a couple of adults to sit behind the driver as well, so the Swift could be used as a family vehicle. Getting in there is pretty easy too, because the doors open wide.

As for the previous-generation car, it isn’t quite as roomy as the current version in the back-seat area, but it’s still perfectly usable.

Boot space is fair - you’ll fit carry-on cases for all passengers. You’ll not get much else in though. When the rear seats are folded there’s a bit of a step in the floor.

There are a few small cubbies dotted around the Swift’s cabin, and the glovebox is a good size, while the door pockets are big enough for a decent-sized bottle.

It might be in a car called Swift, but the fuel gauge needle will only descend very slowly, so light is the car’s thirst. The 1.2 petrol should do somewhere north of 50mpg in the real world, while the turbocharged 1.0 engine should achieve around 47mpg.

Insurance is, however, a bit of an Achilles’ heel for the Swift. The current car starts in group 19 and ends in group 28. The old-shape car is much better in this regard, going from group 9 to 11.

You know what you’re getting with a Suzuki Swift because it looks like a fun little runabout, and it certainly doesn’t disappoint. You’re also getting a whole lot more than just entertainment. The Swift comes with plenty of standard kit, and the current-shape version has more cabin space than you might expect. Higher-spec versions come with plenty of safety kit, including automatic emergency braking and lane-keep assist systems, so these are worth searching out.

There are a whole host of competitive rivals for the Suzuki Swift:

The Suzuki Swift is a small car for those who want just that - a small car. Not a small car that’s actually a bit porky or slightly bigger than you’d expect – it’s one that takes no effort or thought to park, and which will inflict minimal pain on the household finances into the bargain. Small and perfectly formed.