The Land Rover Discovery Sport isn't a pretend off-roader – this is the real thing. There are lots of good reasons to choose the Discovery Sport, even if you never plan to get the tyres dirty. It's practical, luxurious and many versions have a third row of seats so there's room for 7.

You want supermodel looks? Go for the Range Rover Evoque. The Discovery Sport is a little bit boxier, a little more understated – though is a very similar car under the skin.

It's still a handsome car, and you may prefer its less showy styling. A facelift in 2019 updated the looks with new headlights being the most obvious change. Even early 2015 cars still appear modern and fresh.

Like most Land Rovers, the Discovery Sport somehow looks better with a good splattering of mud – a good excuse to give car washing a miss, don't you think? 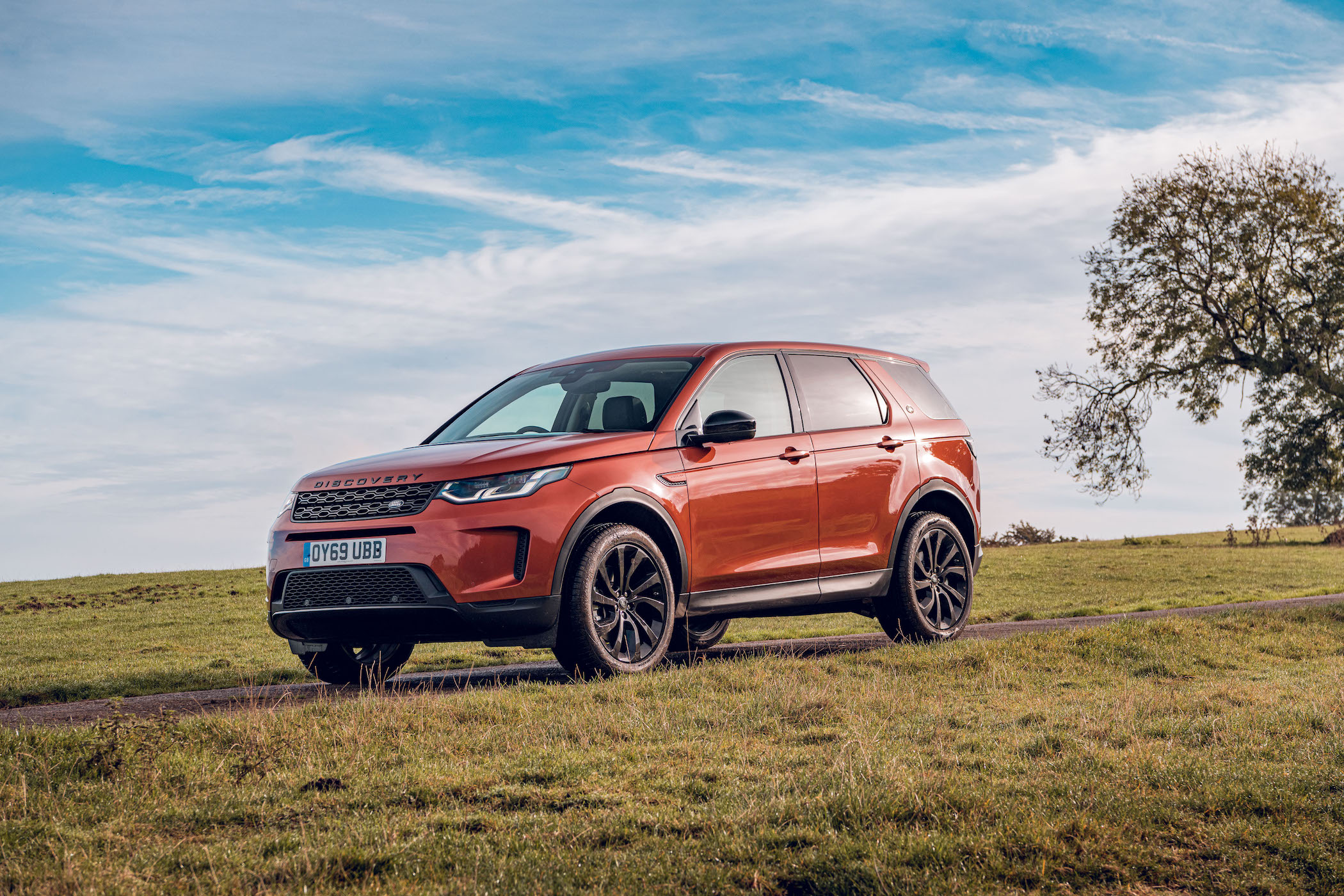 You may prefer its less showy styling.

Being a Land Rover, the Discovery Sport excels in the mud and muck. It drives well on tarmac, too, although the 'Sport' part of its name is a bit of a stretch.

It's more of a motorway mile-muncher than a zippy drive, and the high-up driving position makes for comfortable long journeys. Around town you do feel lumps and bumps in the road, especially on cars fitted with 20- or 21-inch alloy wheels.

Most Discovery Sports are 4-wheel drive, which is a big plus in bad weather. These are heavy cars, though, which means the engines must work hard when overtaking. 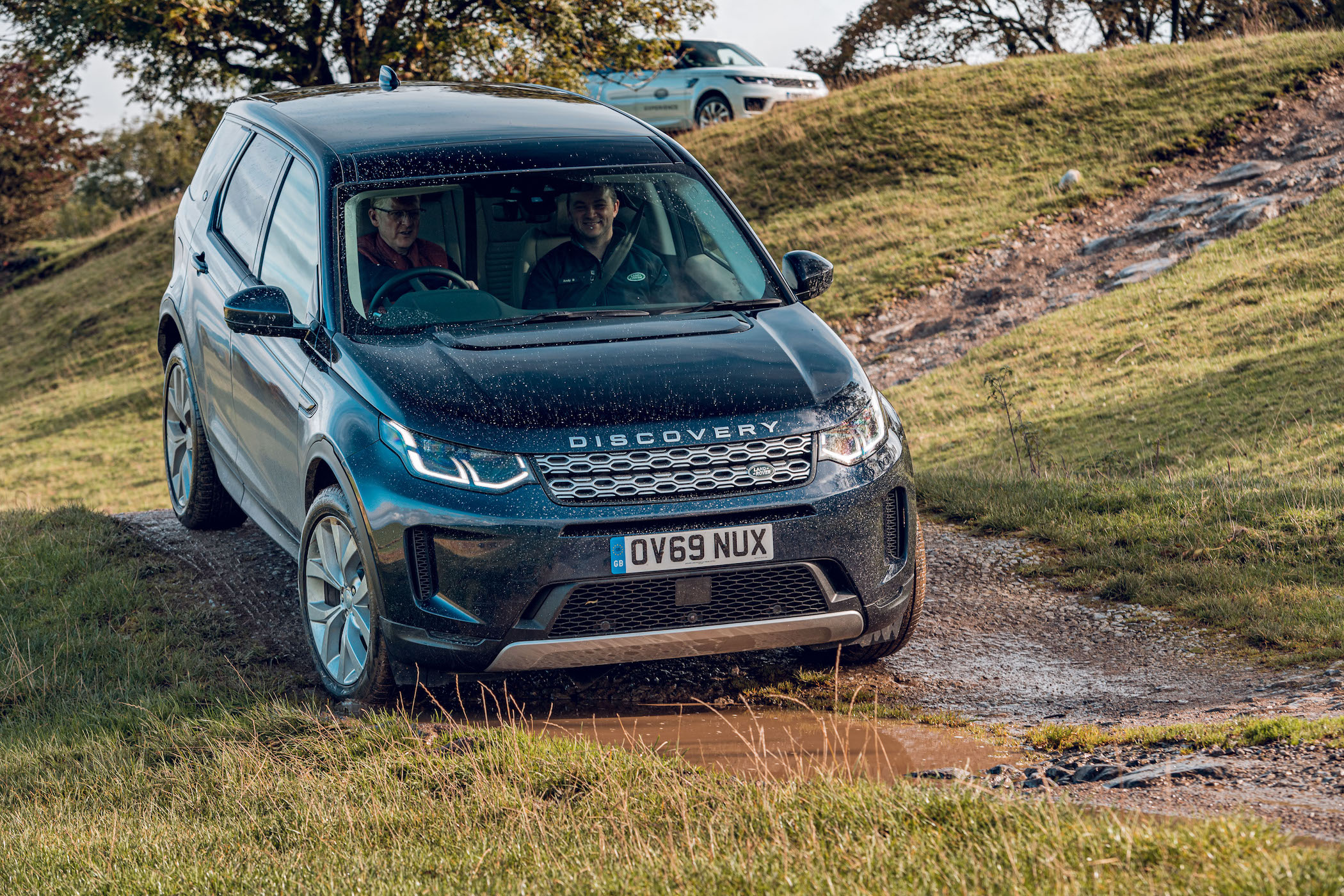 Being a Land Rover, the Discovery Sport excels in the mud and muck.

For an upmarket car, the Discovery Sport's cabin doesn't look or feel as plush as you might expect. That said, the 2019 update improved the standard of finish, and brought the Land Rover closer to the standard set by the likes of the Audi Q5.

The look of the interior was modernised as part of the makeover, with slicker navigation and entertainment systems. Earlier Discovery Sport cars have less sophisticated infotainment, but an 8-inch touchscreen was standard back in 2015 and only the base-spec SE missed out on sat nav.

There's lots of space in the first two rows of seats. Basketball players will have head and legroom to spare. It's worth knowing that high-spec cars with a full-length sunroof have a bit less headroom, but you'll need to be very tall to notice.

Most Discovery Sports come with a third row of seats. They're handy for kids. Grown-ups will need the flexibility of a contortionist to be comfortable. The middle row of seats can slide forward on its runners, which does make the third row less cramped. Even then, if you expect to fill every seat often, the regular Land Rover Discovery has a lot of extra space for passengers 6 and 7. 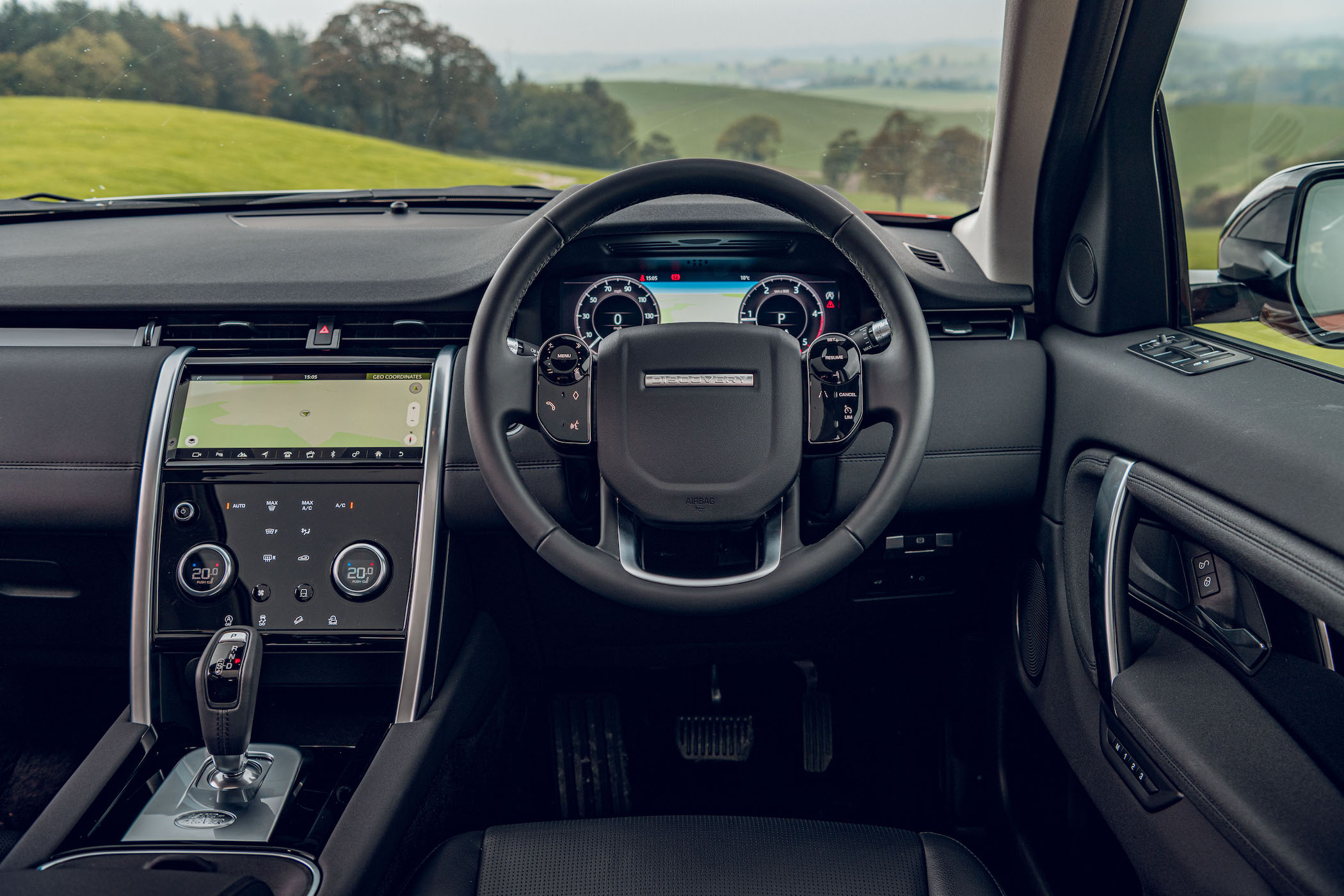 Have all the seats upright and you'll be lucky to find room for a toothbrush each in the teeny-tiny boot. It's a quick and easy job to fold the third row away, though, which leaves loads of room for bags. With the second row also stowed away, the boot is big enough for taking the eldest off to uni or hauling huge loads to the tip.

There's lots of storage all through the cabin, with big door bins and plenty of room under the driver's armrest. There are two cupholders between the front seats. An armrest with twin cupholders folds out from the middle seat in the second row.

Very early cars came with a 2.2-litre diesel, which was soon replaced with a cleaner and more efficient 2.0-litre diesel engine. Fuel economy will vary depending on how you drive. The 2.0-litre diesel returns 53.3mpg, according to the official figures. Petrol models are a lot thirstier.

The engine line-up was updated in 2020, with mild-hybrid electrical assistance to make each gallon go further and bring down emissions, and a plug-in hybrid that promises low running costs so long as you regularly recharge the battery.

We love the way the Land Rover Discovery Sport drives well on the road or off it. Another big plus is how Land Rover has found room for 7 in a mid-sized SUV, while the likes of the Audi Q5 and BMW X3 have 5 seats. If you want a practical, go-anywhere SUV and value function over fashion, the Discovery Sport is for you.

What else to consider? Land Rover Discovery Sport alternatives

The Land Rover Discovery Sport is one of many SUVs worth a place on your shopping list. Take a look at some of these:

The Land Rover Discovery Sport sits between the fashionable Range Rover Evoque and the full-size Discovery in Land Rover's range. For the right buyer it offers the best of both, with the parking-friendly size of the Evoque and much of the larger Discovery's practicality. Just keep in mind that the third row isn't very roomy.