The very first Land Rover was launched way back in 1948 and its style was functional, to say the least. Fast forward 70 years and the Land Rover Defender retains some of the spirit of the make, with a whole lot of refinement added for good measure.

The old-style Defender met the end of the road back in 2016 - and it took a few years for the replacement to appear. It’s still very distinctively a Land Rover with its boxy shape, high sides and rugged looks. There are also those classic Landy touches like the spare wheel bolted to the sideways-opening rear tailgate.

The new Defender is also very obviously a car that’s designed as much for the road as it is for negotiating boggy fields in the middle of the countryside. It’s chunky - its practicality is underlined by the industrial styling that includes exposed screw heads, brushed aluminium panels and rubber floor panels that can be washed down when the mud levels get too much for you. 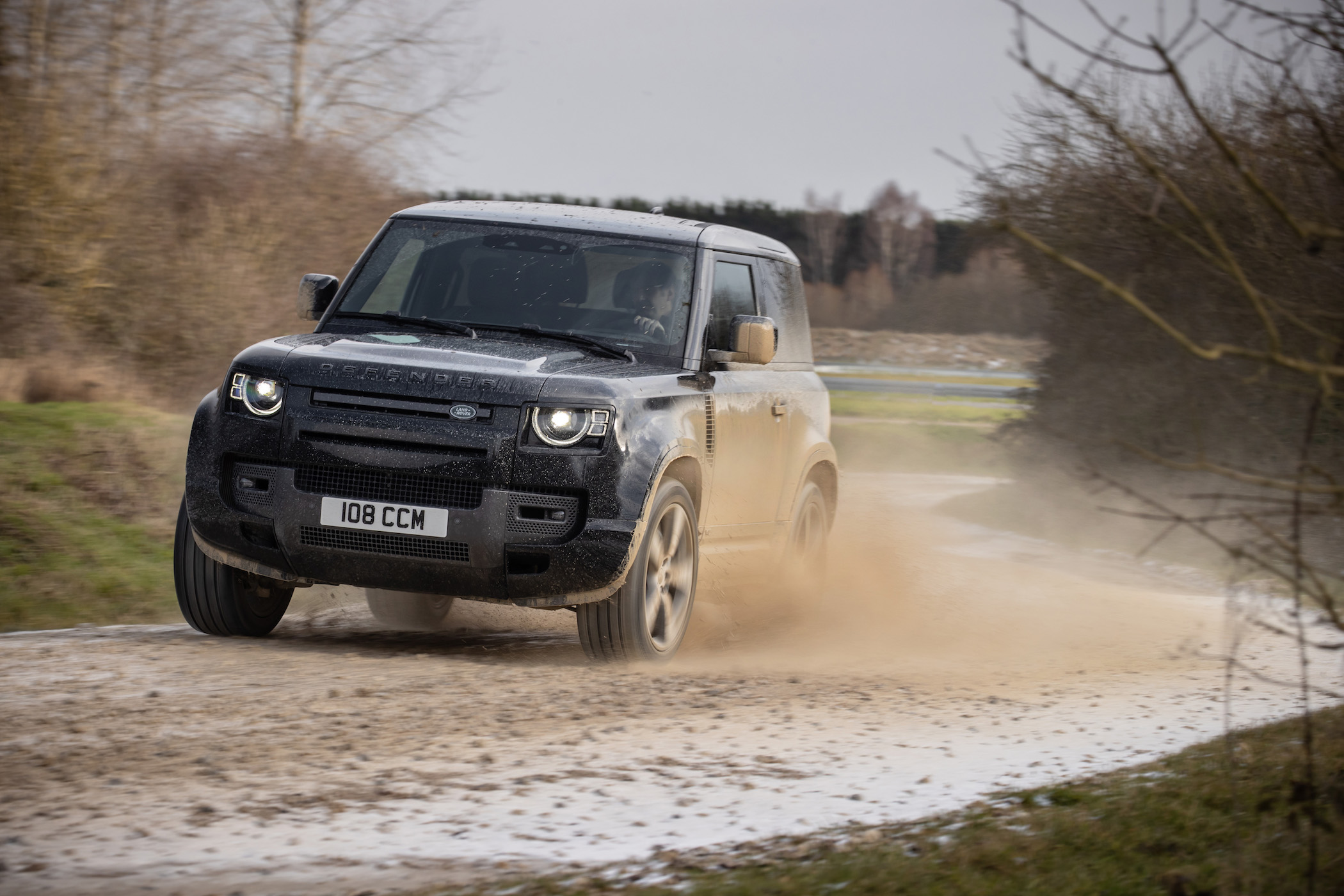 The new Defender is also very obviously a car that’s designed as much for the road.

The Land Rover Defender is full of surprises – and the main one is that it’s great to drive on the road. You’d think that a car that looks like an out and out off-roader, and a big one at that, would not be the most agile of cars.

The steering’s light, handling agile and there’s very little roll around corners. Go off-road, though, and this is where it really comes into its own. You can raise the suspension, adjust the grip and there’s even something called Terrain Response tech that does just what it says on the tin. 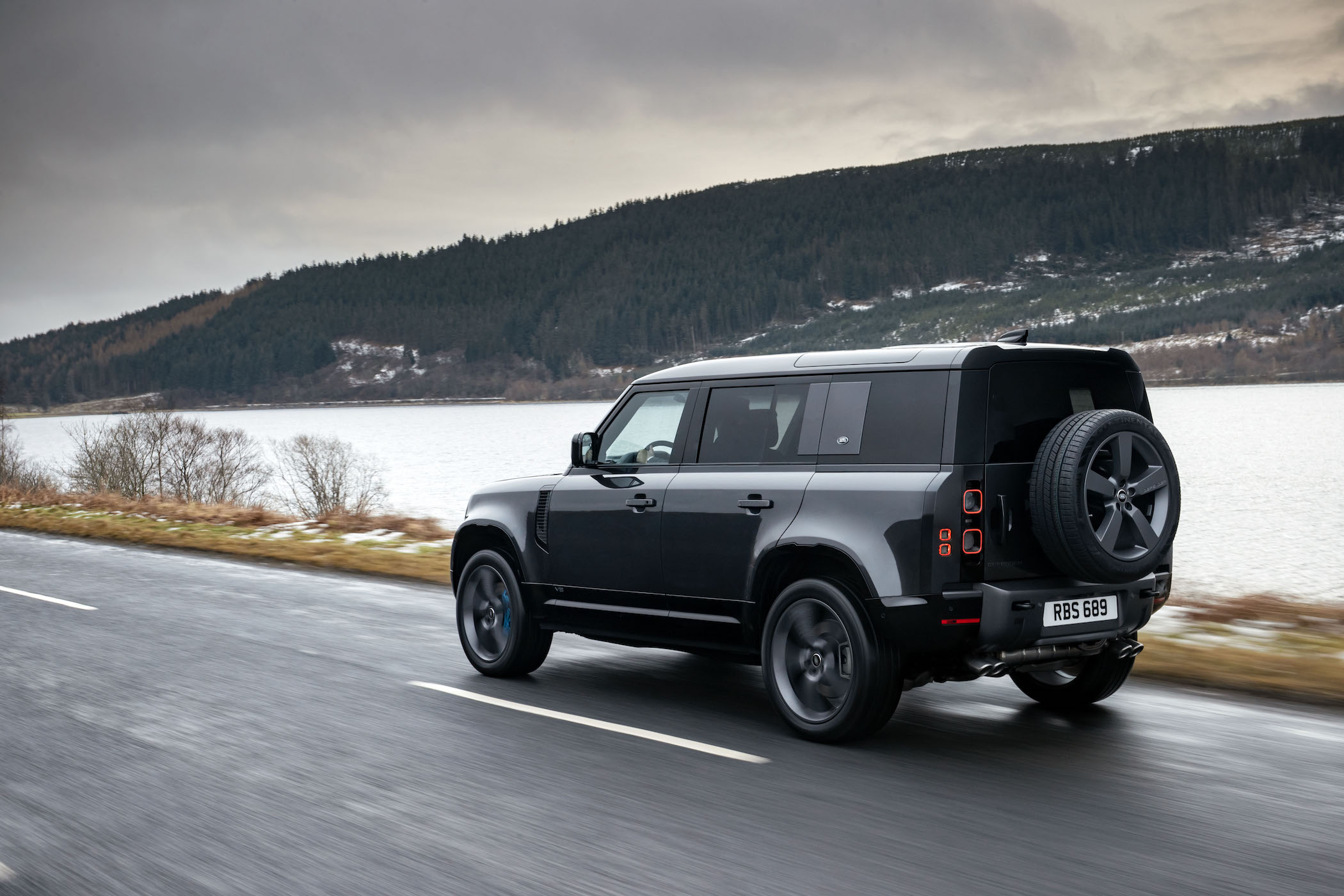 The Land Rover Defender is full of surprises – and the main one is that it’s great to drive on the road.

For anyone who wants a high driving position, they certainly won’t be disappointed by the Defender – you’re really going to feel like king or queen of the road. The front seats are also very comfortable and highly adjustable.

Although it’s a big car, the various sensors and cameras make it quite easy to park. The spare wheel mounted on the tailgate does make visibility through the back window pretty limited.

In reinventing the Defender, Land Rover also pulled off the neat trick of making the interior comfortable as well as utilitarian. Exposed metal and bolt heads give a rugged look and the big, solid buttons are easy to use, even if you’re wearing gloves.

Depending on the model, there’s space inside, and plenty of it, for 6 or 7 passengers including room for 3 in the front thanks to the seat between the driver and the other front passenger. In the long wheel-base model, seats 6 and 7 have quite a lot of room but are probably best for relatively short journeys. 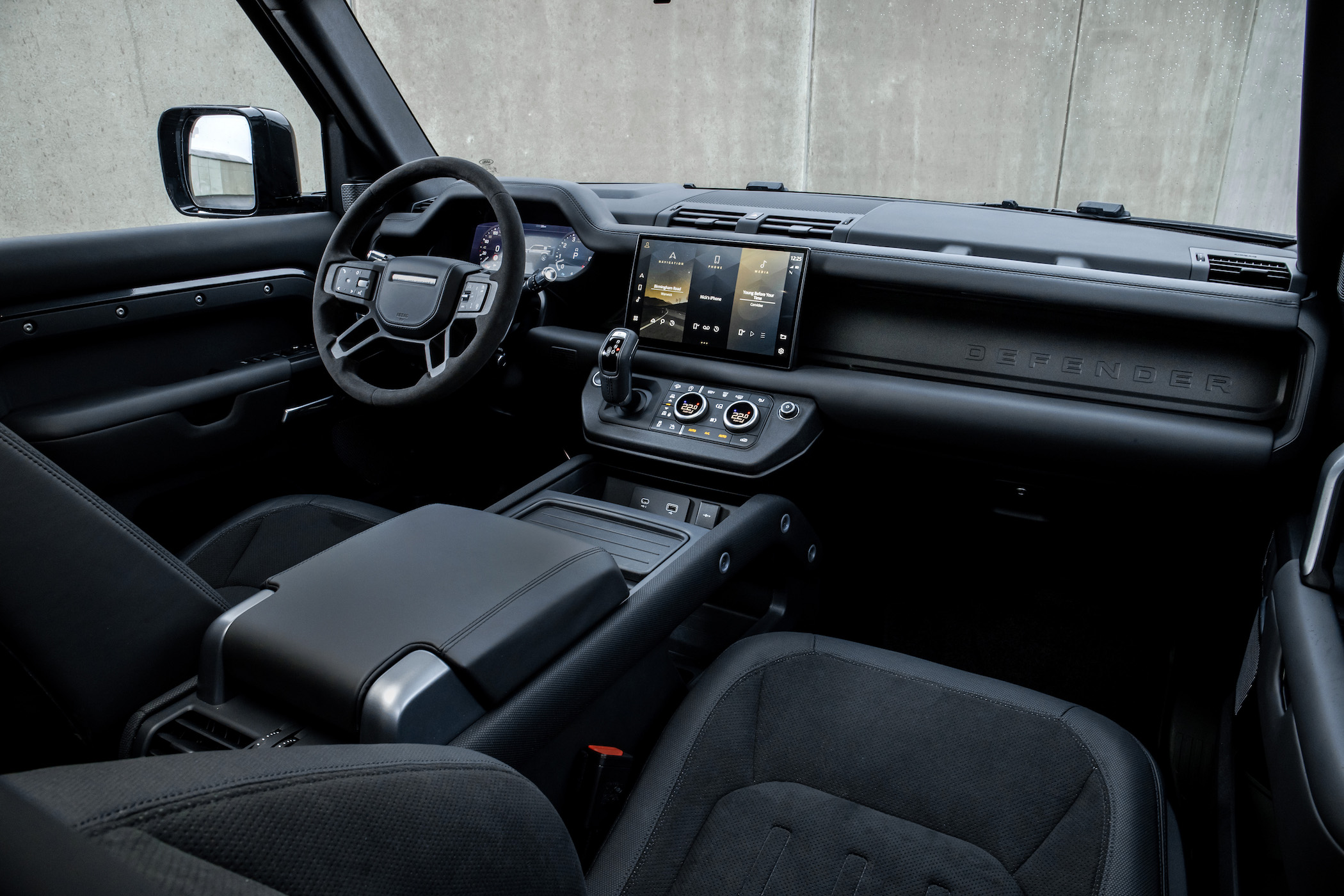 Something you definitely won’t be short of in the Defender is storage space. The boot itself is plenty big enough to carry all the provisions for a month-long camping holiday. And when you start folding down the seats there’s the potential to create almost as much storage space as a medium-sized van.

The back seats even fold down flat to provide comfortable-enough beds even for a couple of 6 footers and the cabin has all of the cubby holes and other neat storage spaces you could ever want in a car.

There are plenty of power sockets to keep all your devices fully charged and ready to record your adventures.

This is a big, heavy car – over 2 tonnes all told, so it’s never going to win any prizes for its fuel economy. Choose one of the petrol engines and you’re looking at around 24 mpg. There is a hybrid model that can take you around 25 miles on a single charge and which can boost economy up to nearer 75 mpg. Pure diesel engines will deliver over 30 mpg with the hybrid versions also improving on this.

Both insurance and road tax are going to be on the high side, but the good news is that you’re unlikely to have any issues with reliability. It really is a very well-built car. 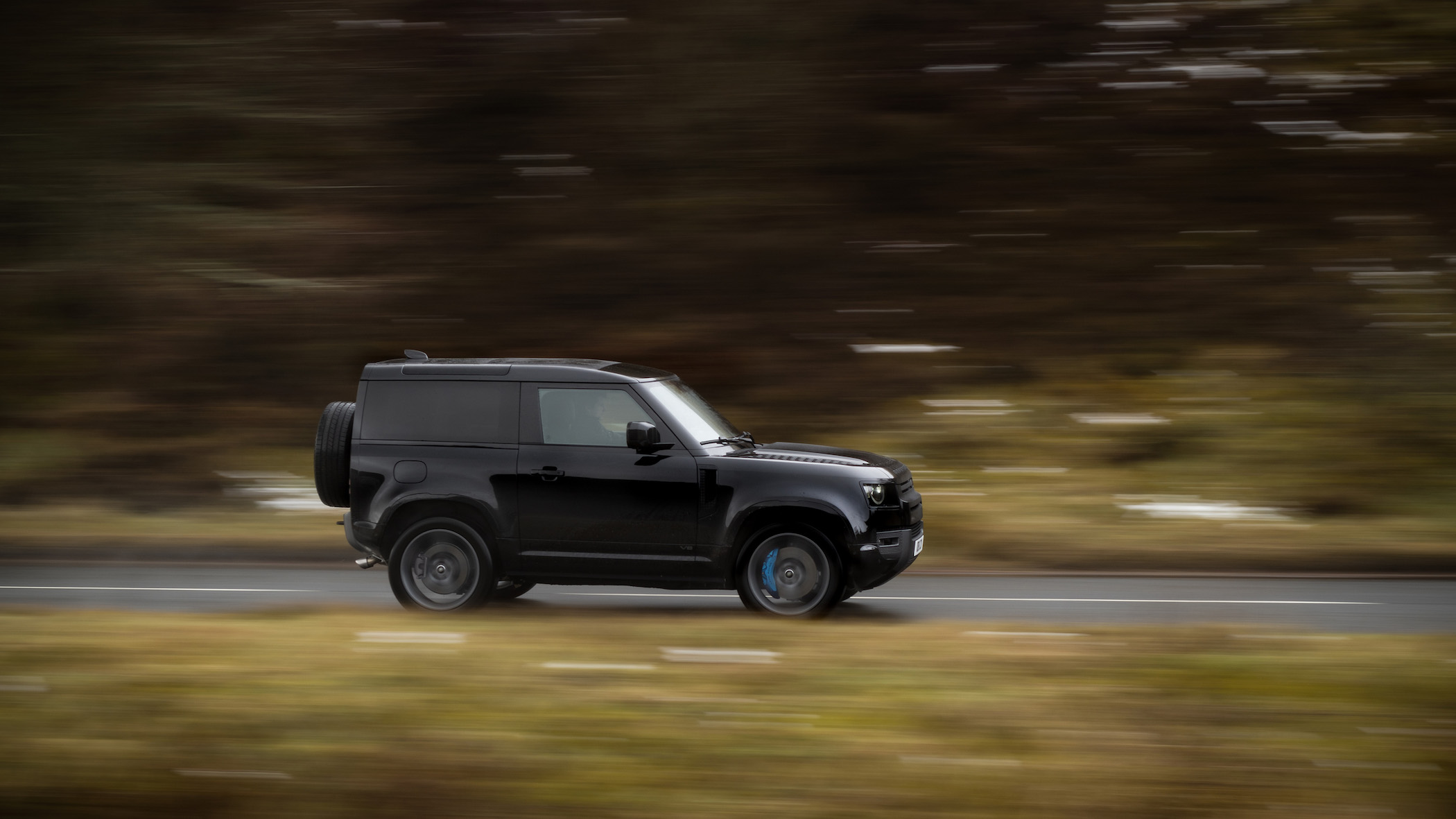 If you’re going for a rugged off-roader then it makes sense to go for one of the most iconic there is. Plus, with its new levels of refinement, it’s an equally great car to be driving around town as it is out in the wilds.

If the Defender’s not for you, maybe one of these might do instead:

It’s hard to find a weak link when you look at the Land Rover Defender. So it’s probably best not to try and just enjoy the car that has already become an all-terrain classic that’s also perfect for the school run too.