If you're looking to take a first step toward the world of electric motoring, a hybrid could be the perfect next car for you. With part-electric, part-engine power, hybrid cars can save fuel and reduce emissions, while some can even operate on pure electric power for shorter trips. Hybrids are a great first step into the world of electrified motoring – but how do you know which type to go for?

cinch is on hand to guide you through the different types of hybrids on the market, so you can decide which one will best suit to your needs. 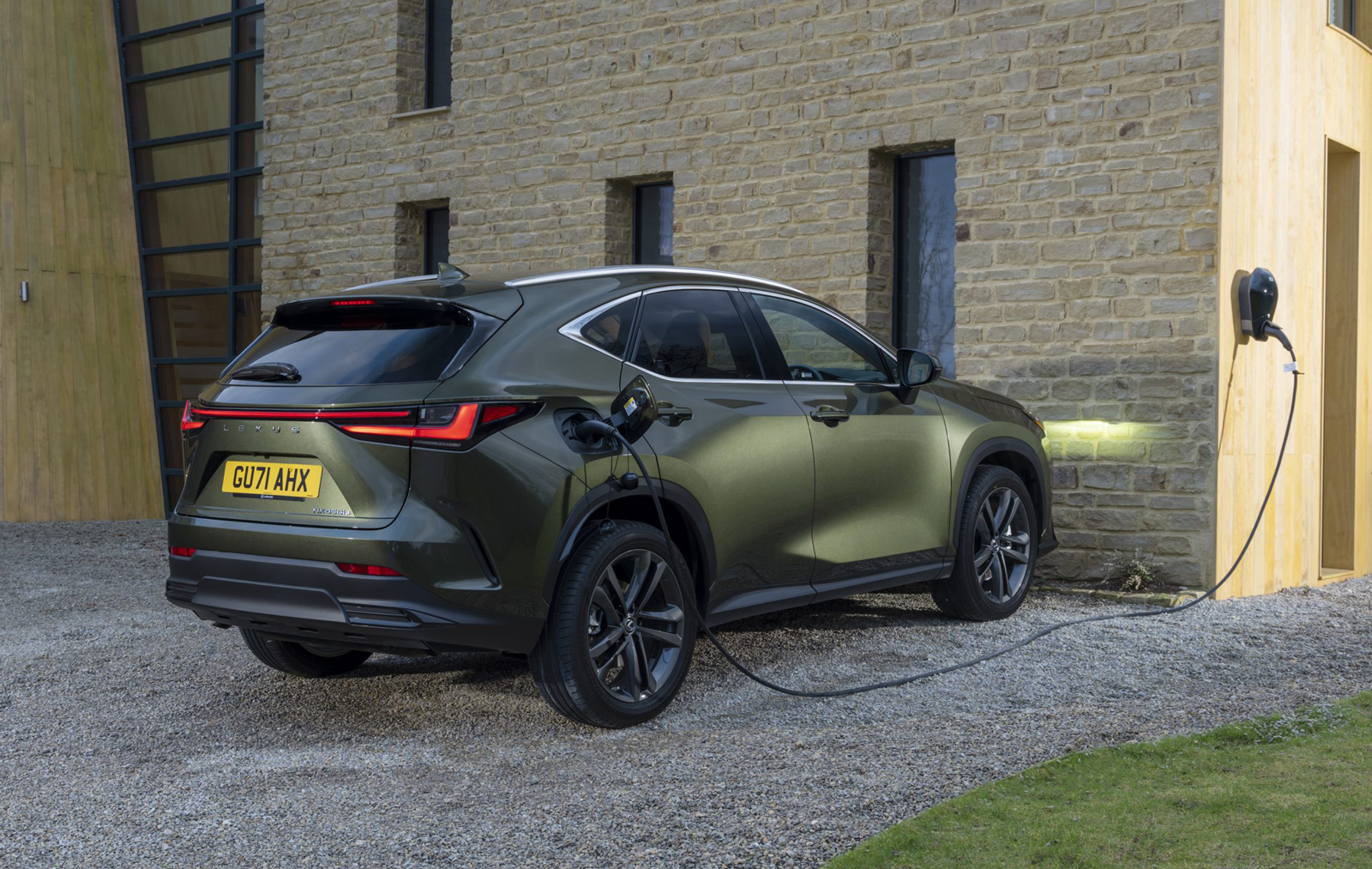 What types of hybrid cars are on the market?

As the name suggests, mild hybrid cars (MHEVs) are the first step on the electrified ladder. They typically operate in an identical way to traditional engine-powered cars, but they come with a small electric motor to improve fuel economy and trim emissions. In some cases, the electric motor can even move the car away from a standing start, before the petrol or diesel engine then starts to keep you going. This is especially useful in traffic, when you’re typically only moving at low speeds.

A self-charging hybrid car is one step up from mild-hybrid because it uses a bigger electric motor that is powered by a small battery pack, to work alongside the engine. Proper hybrids like this can pull away under electric-only power like certain MHEVs, but they can get to a higher speed before the engine starts up. Self-charging hybrids can – as the name suggests – also recuperate energy when you brake and feed it back into the battery, so you never need to plug them in.

Plug-in hybrid electric vehicles (PHEVs) take the next step and by using a bigger electric motor alongside an engine, as well as a more substantial battery to power it. As the name suggests, the battery needs to be plugged in and charged like that of a fully electric car. But the big benefit of that is power and range, because the electric motor can handle normal driving alone – in some cases up to and beyond 70mph – and for extended distances. Some PHEVs today can do over 40 miles without waking their engines. That might be enough to get you to and from work each day, or to handle the shopping trip. The beauty of a PHEV is that you still have an engine there to keep you going if you need to drive further.

Hybrid cars: our picks from the different segments 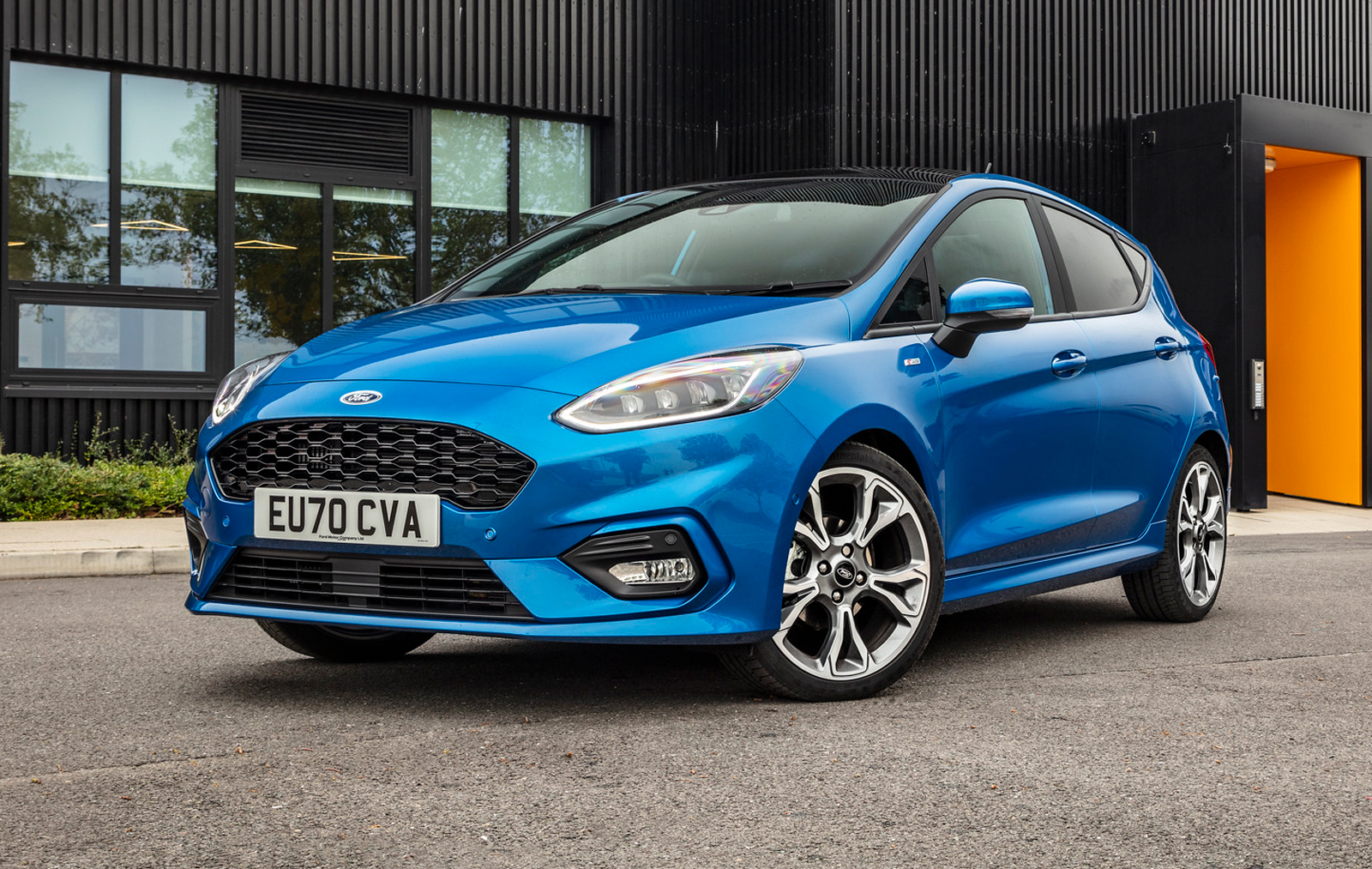 The Ford Fiesta EcoBoost mHEV packs a punch. It's excellent to drive, has a smart interior plus it's well equipped. With Ford’s 1.0-litre three-cylinder EcoBoost engine working in tandem with a little electric motor, the mHEV (yep, Ford likes a lower case M) is nippy with a 0-62mph time of 9.4 seconds, while on a steady motorway run it can average over 50mpg. It’s great value, too, with mHEV cars on cinch starting from well under £20k, at the time of writing. 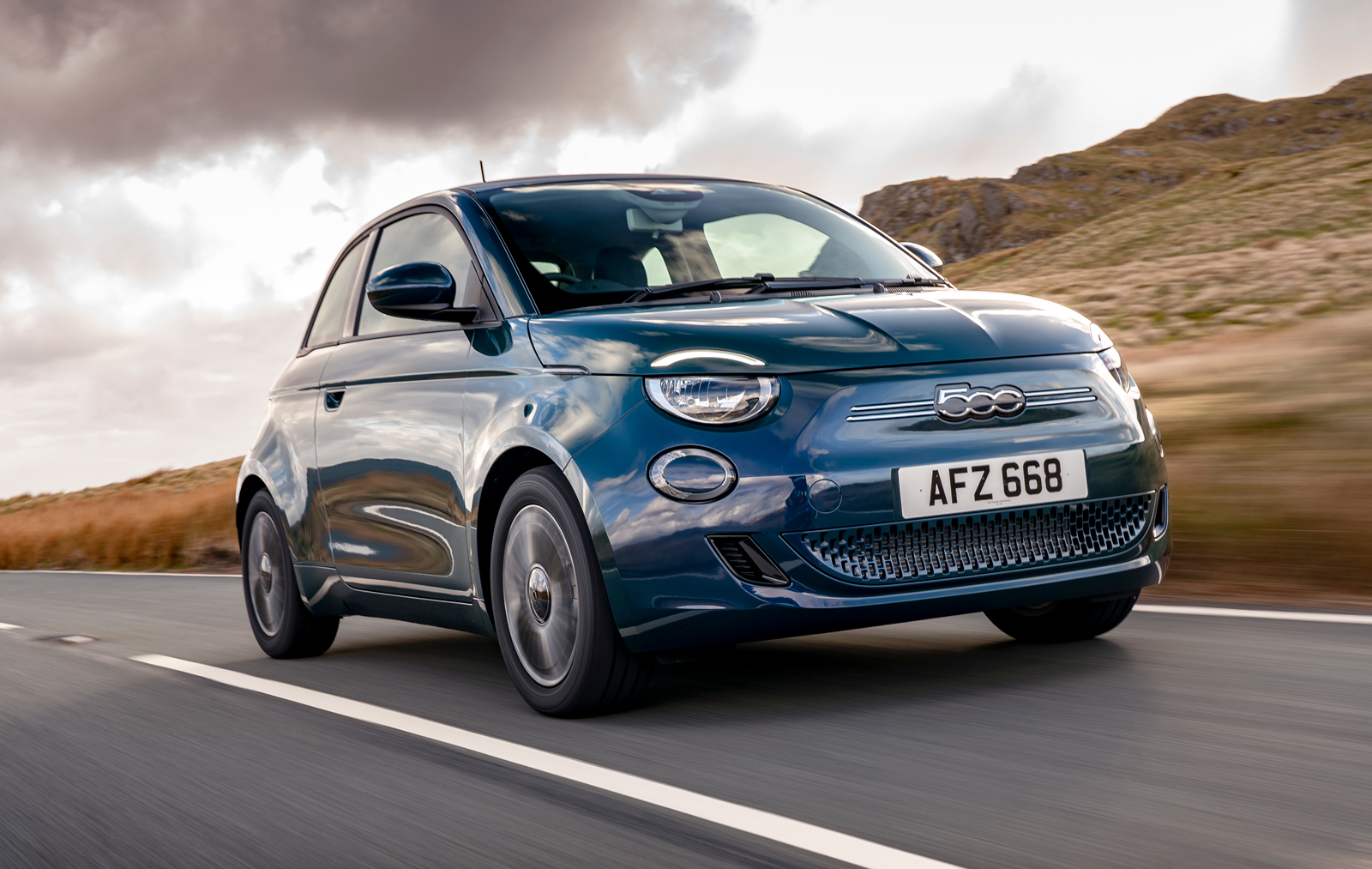 Don’t let the name fool you, the Fiat 500 Hybrid is a MHEV model, but it carries all of the charm of the original car with an added hint of the future under its bonnet. As a mild-hybrid, it uses a 12-volt battery pack under the passenger seat to power an electric motor, which supports the 1.0-litre engine. This helps to save fuel – over 50mpg is possible – and cut emissions. This is a good value choice, considering you can get your hands on a 2020 model and cinch it for just £10,680. 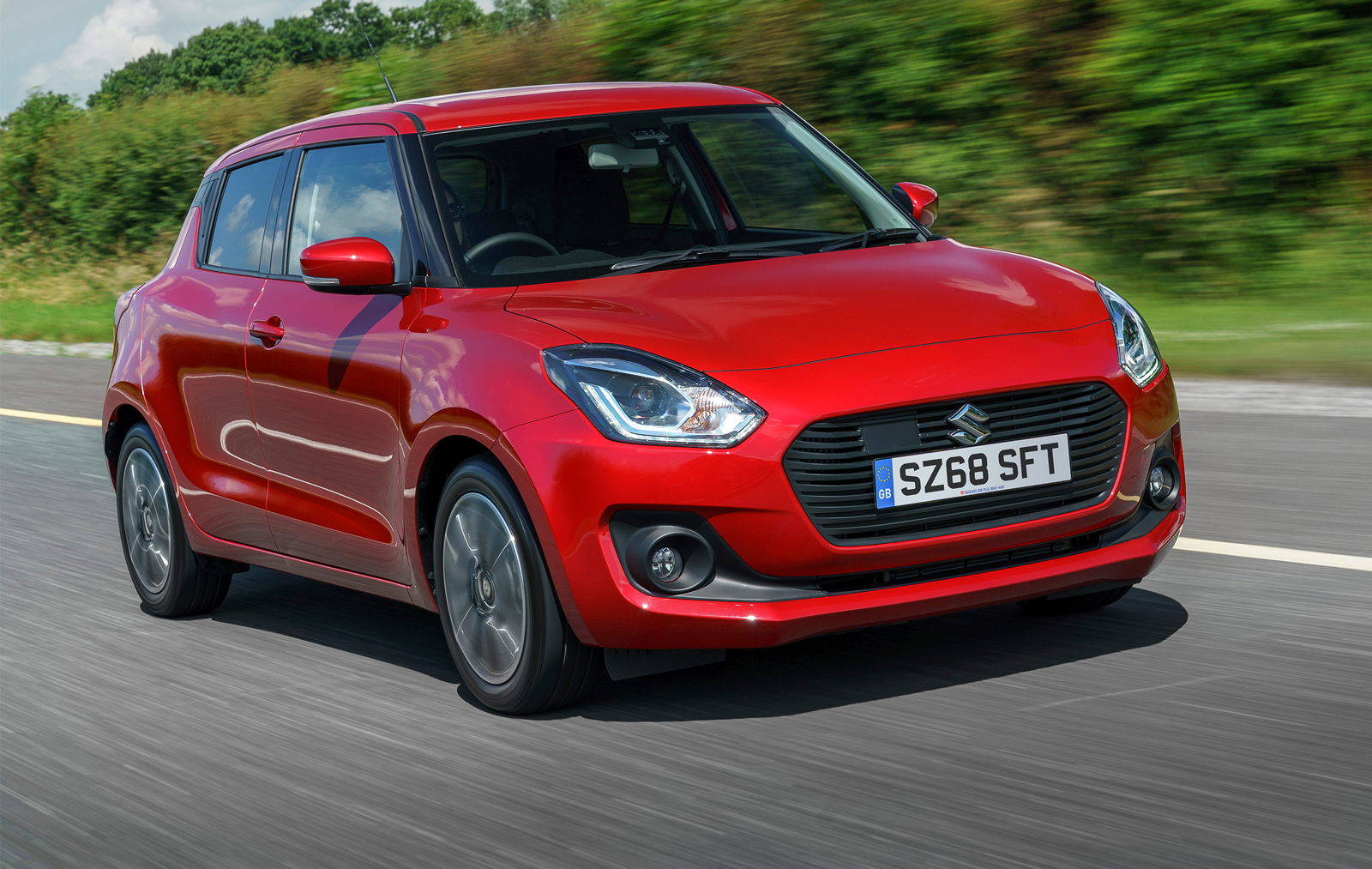 This is another affordable MHEV which is surprisingly capable despite its dinky size. Mixing a 1.2-litre engine with a small electric motor enables a claimed 55mpg, to go with the Swift’s sporty handling and styling. Thanks to its upright windscreen, the Swift offers occupants great outside visibility, which is enhanced with kit like a reversing camera and parking sensors. But best of all, the Swift MHEV is excellent value, costing well under £15k, even with low miles on the clock. 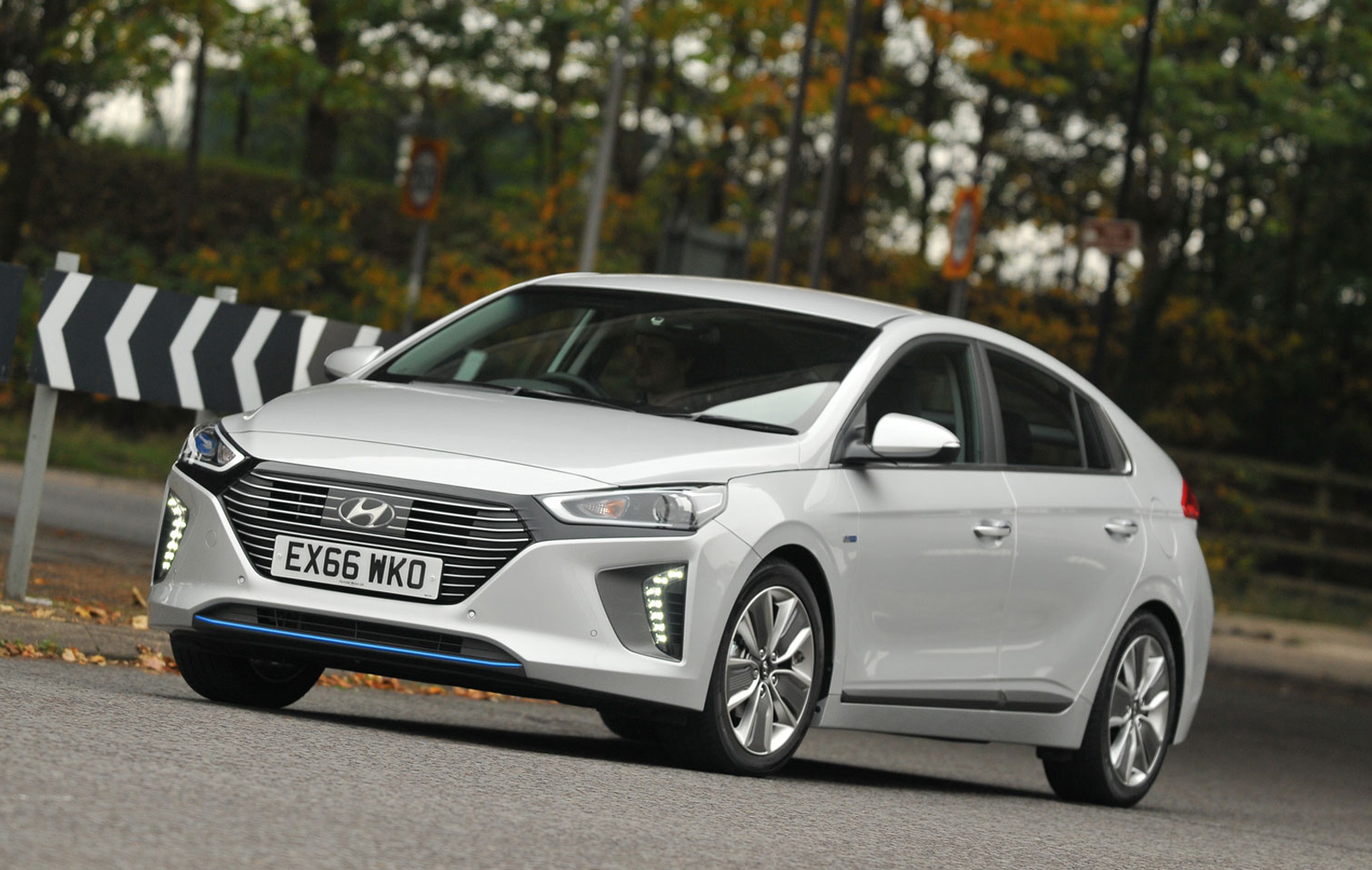 If you're in the market for a self-charging hybrid, you can't go wrong with a Hyundai Ioniq. It’s a top-seller in its segment for a reason; the half 1.6-litre petrol, half electric setup delivers a smooth drive that doesn’t require you to do any thinking beyond pressing go and stop. If you want a subtle and practical car, this is the one for you. It comes with plenty of cool tech - with keyless entry, rear parking sensors, heated steering wheel, Apple CarPlay and Android Auto plus a 10.25-inch infotainment display available. You can access cars for under £15k on cinch! 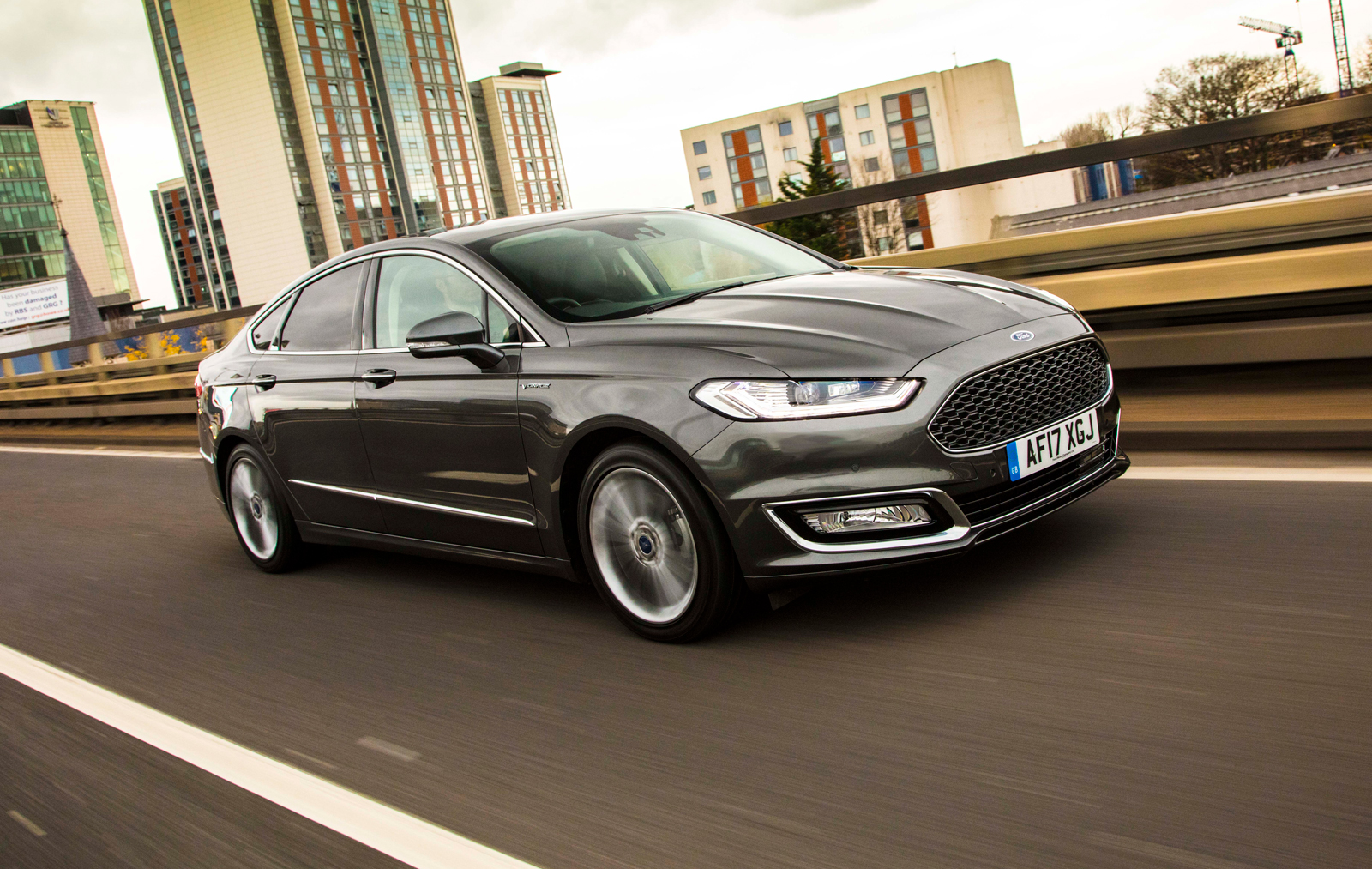 The Mondeo has been with us for donkey’s years, but it has only recently (relatively speaking) been electrified with a hybrid model. On the outside it looks like any other Mondeo, other than a subtle 'hybrid' badge on the back. But under the bonnet is a 2.0-litre engine that works with an electric motor, powered by a battery. Together, they’ve enough muscle to whisk you to 62mph in nine seconds. All while you’re treated to heated seats, a sleek digital dashboard and no shortage of driver assist features. Oh, and prices start at just over £16k on cinch, at the time of writing. 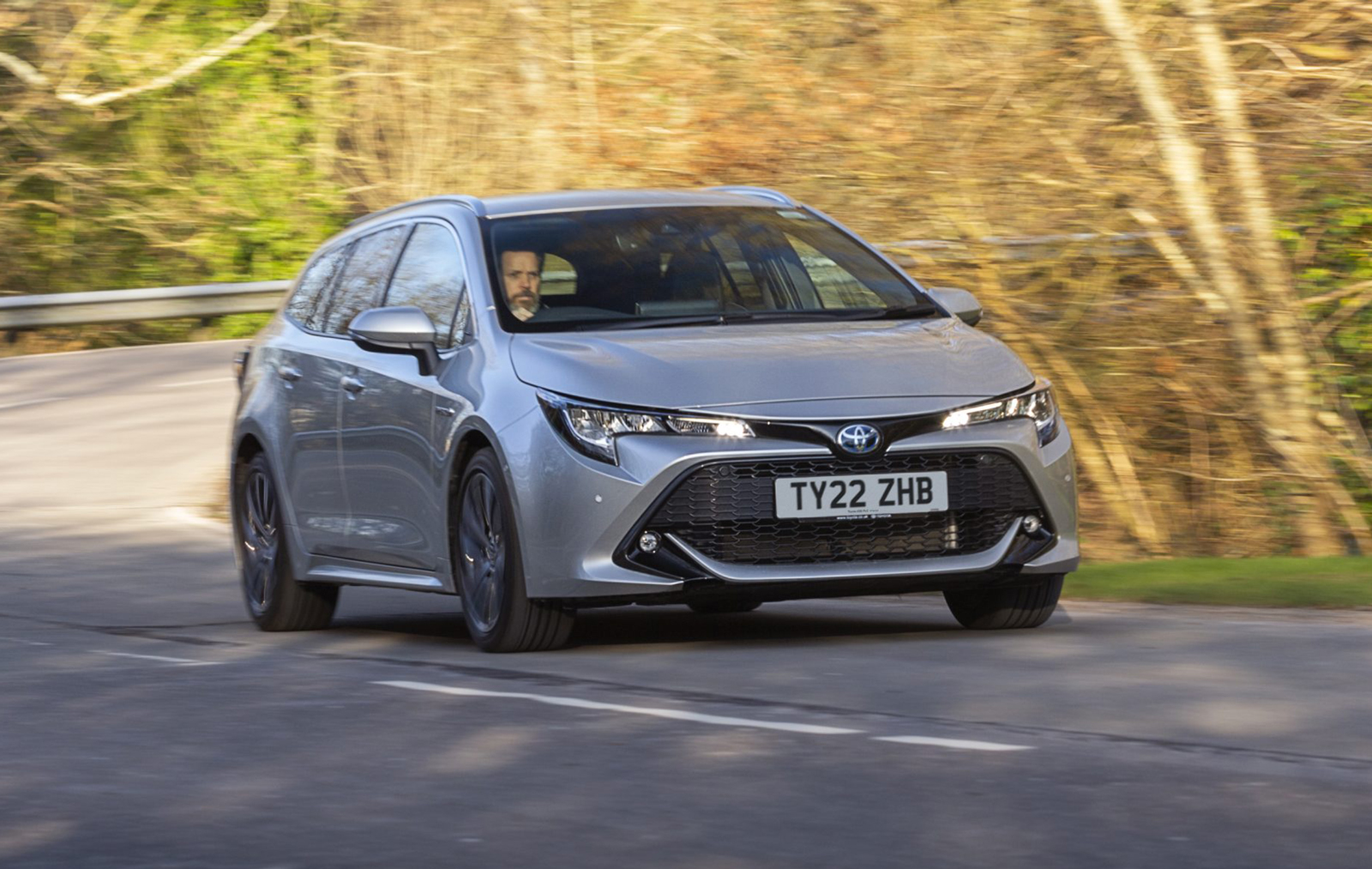 The hybrid Toyota Corolla is another model that’s been around for a long while, but in recent years has been transformed by the introduction of hybrid model. Cabbies love ‘em, and for good reason: hybrid tech really helps to trim fuel usage, while the practicality of the Corolla remains excellent. You get all the essential modcons for a modern car, like sat-nav, cruise control and lane keep assistance. And under the bonnet is a 1.8-litre engine with electric assistance. Better yet, Corollas are considered to be very reliable – and at under £25k, cinch’s selection of fresh options look rather lovely. 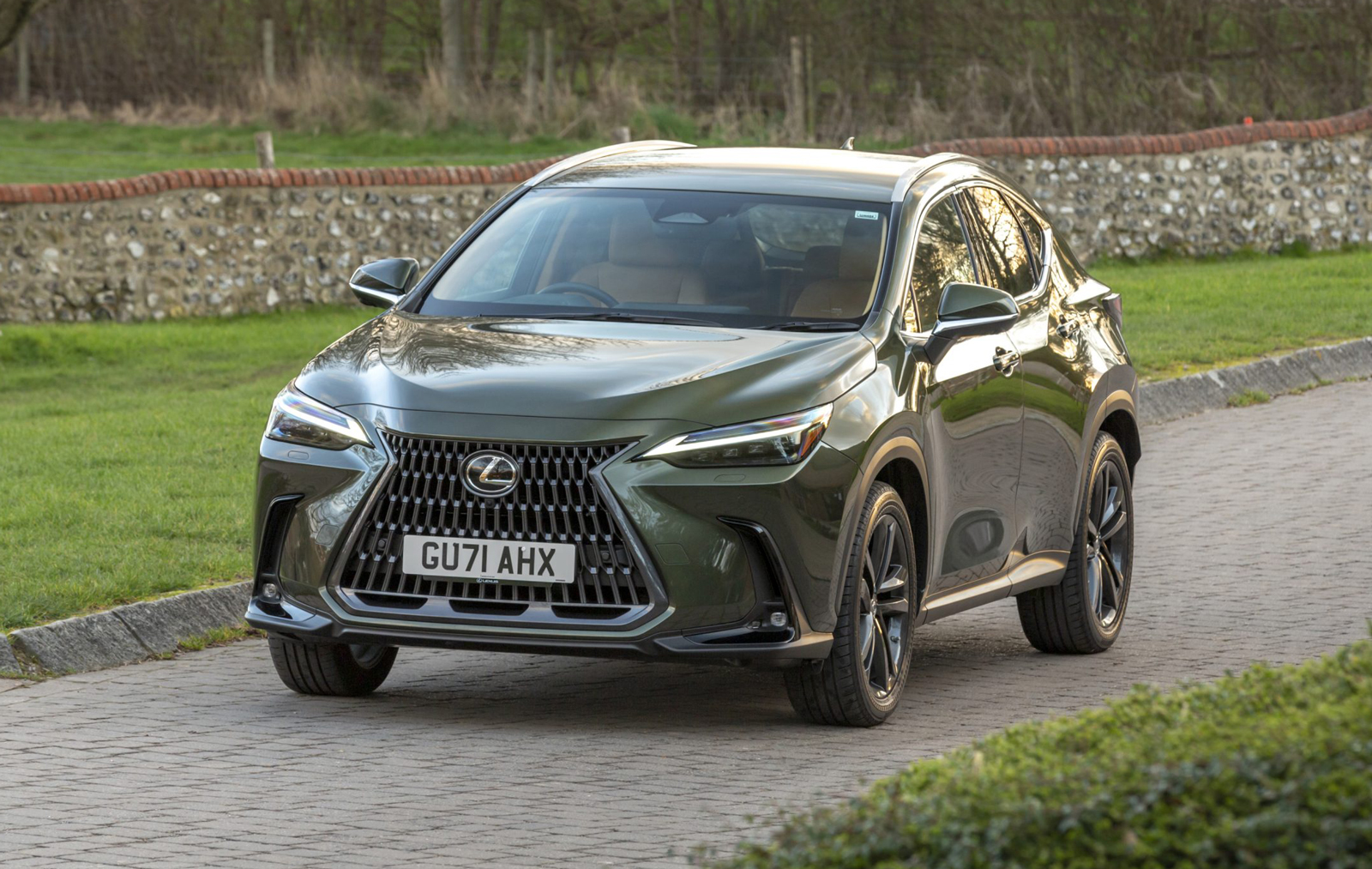 This modern space-age looking SUV is certainly one of the most eye-catching plug-in hybrids out there. Actually, it’s one of the most eye-catching cars, full stop. The Lexus NX is a premium SUV that mixes a 2.5-litre engine with a proper battery and electric motor, which combine to offer power and efficiency – over 30 miles per gallon is claimed – despite this car’s big size. And, if you’re light-footed, you can theoretically get over 50 miles of electric-only running, leaving the engine off. Very handy. 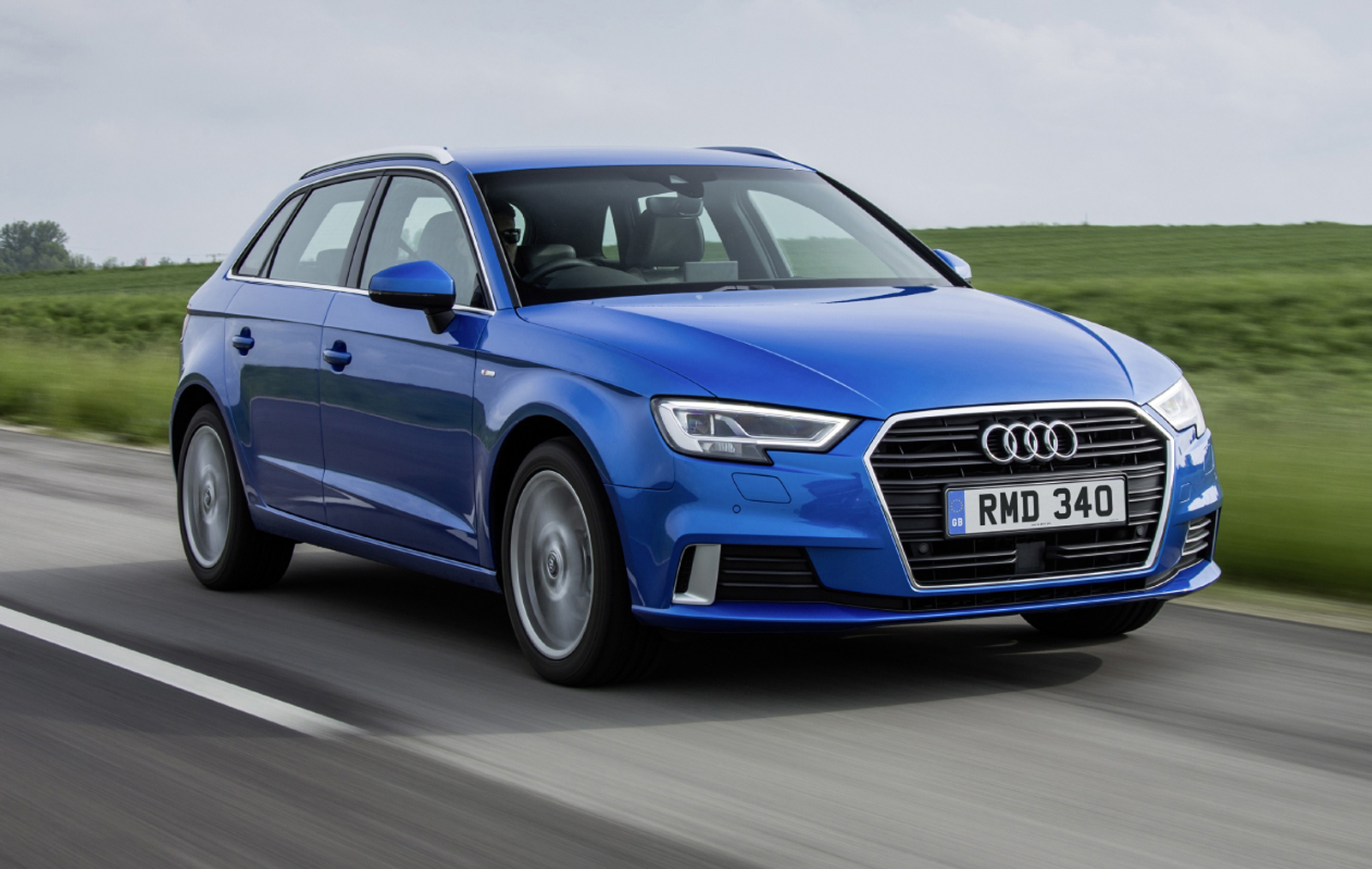 If you're looking for a natural progression into the hybrid world, this Audi A3 may be just the ticket. The addition of the electric motor hasn't taken anything away from the best of the A3 hatchback. It looks, sounds and even steers the same, but with 'e-tron' technology, it can average over 60mpg, if you’re sensible. Or, if you use the electric only mode that can travel up to 37 miles, you needn’t wake the engine. 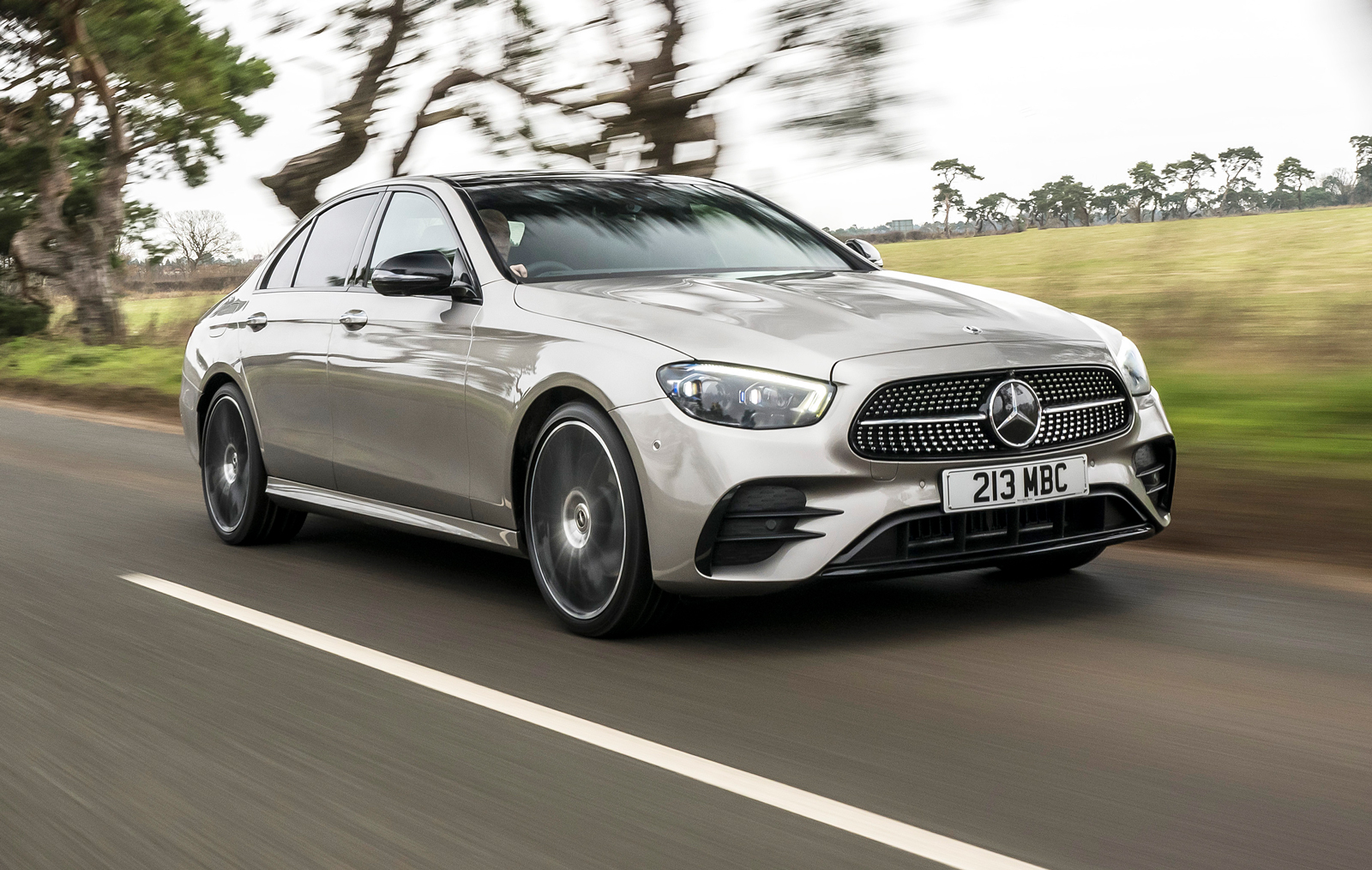 This Mercedes-Benz E-Class is our luxury choice of the list. And as plug-in hybrids go, it’s properly high-end. To go with all the comfort and high-tech features of the E-Class, the 2.0-litre engine under the bonnet has a strong electric motor and battery to assist it. Work it out and the E-Class from 0-62mph in just 6.2 seconds – or let it work more efficiently and you’ll have around 30 miles of electric range. So it’s capable, posh and very lovely – don’t get us started on the interior’s soft leathers and ambient lighting. Yet the E-Class costs little more than £20k on cinch. Happy, electrified days.

How does regenerative braking work?

Regenerative braking is a method of converting the energy that is usually lost when a car brakes into electrical energy, which is then used to recharge the batteries.
View more