The Lexus NX is not the default choice if you are looking for a mid-sized premium SUV. While the Audi Q5 and BMW X3 are the more obvious buys, the NX has subtle qualities that make it worth considering. It's distinctive and different, both to look at and to drive.

Lexus has developed its own design personality - and the NX is a fine example. The angular headlights, sharply creased bonnet, and hexagonal grille immediately mark out the NX as a Lexus – it showcases the brand's house style from bumper to bumper.

And frankly, it’ll stand out from the massed ranks of Audis, BMWs, and Land Rovers, whether you're on the school run or parking up at the health club. Sometimes, it’s nice to look a little different.

The NX is a bold and handsome looking car from almost every angle, although from the back it does look oddly narrow. A facelift in late 2017 introduced a wider, lower bumper at the rear which really helps with the proportions. 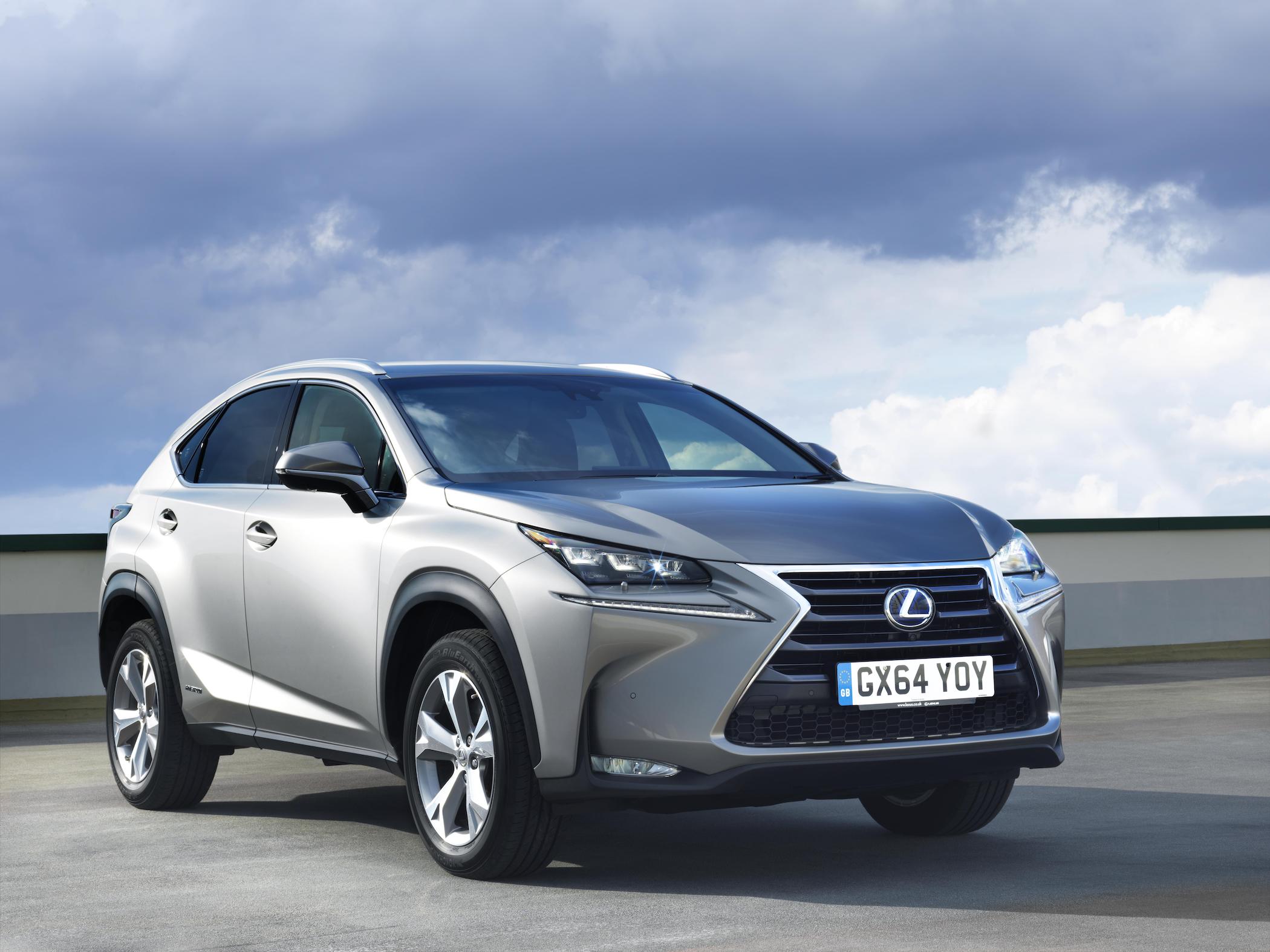 It’ll stand out from the massed ranks of Audis, BMWs, and Land Rovers

Lexus is known for favouring petrol-electric power over conventional petrols and diesels, and that's what powers the NX.

A 2.5-litre petrol engine is matched to a strong electric motor. There's no need to find a charging point to top up the batteries – the car recharges when slowing down or braking. The NX is very quiet around town, although you can hear the petrol engine working hard when overtaking.

From the driver's seat, the NX isn't as sporty as it looks. The light steering is a definite plus when parking, but leaves the driver feeling detached from the car on a twisty country road. The ride is bumpy if the road is rough, so the NX as it its best on a smoothly surfaced motorway. 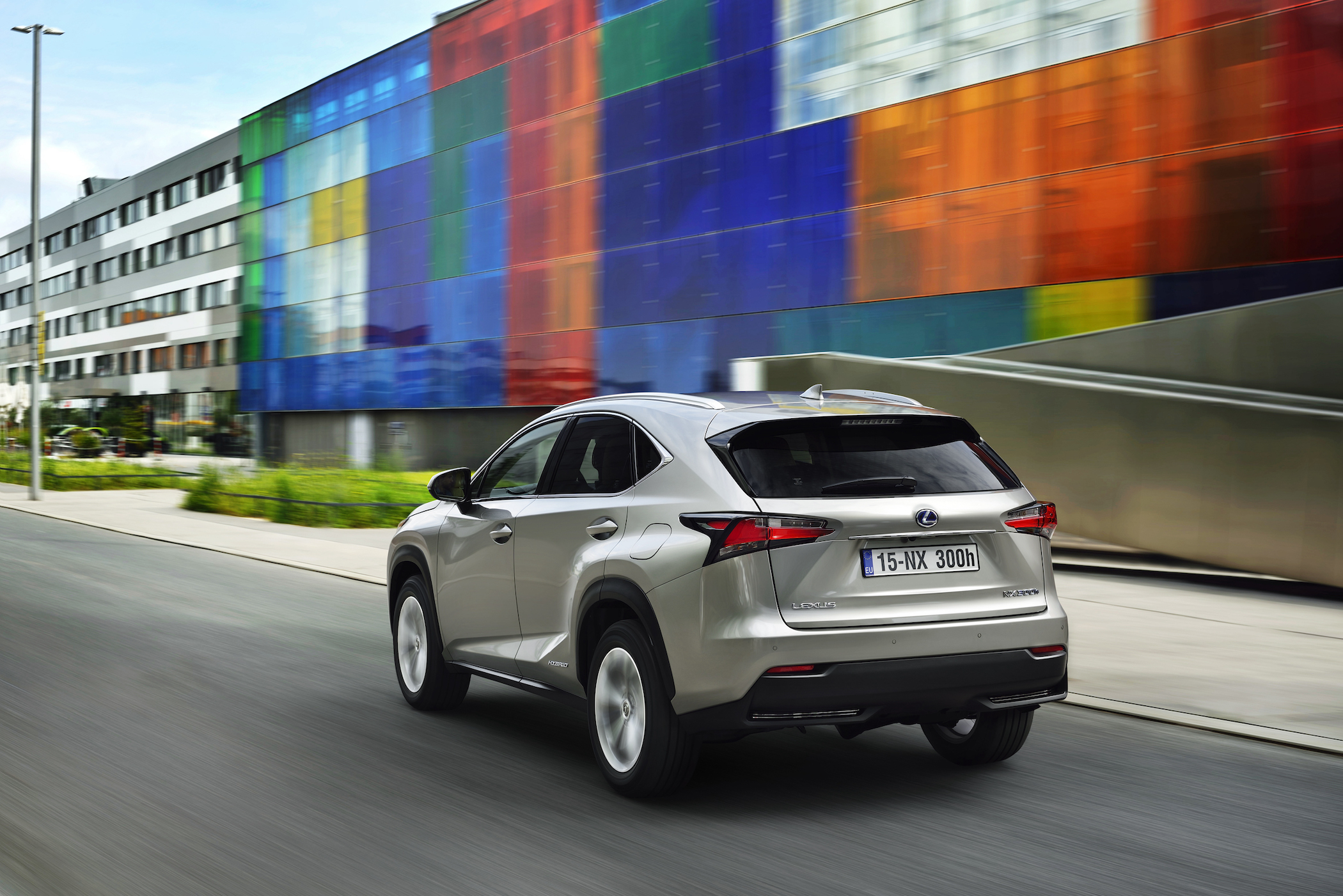 The NX is very quiet around town.

Lexus stands apart from its rivals on the inside as well as the outside. While most premium brands are ditching physical controls in favour of touchscreen menus, Lexus goes the other way with knobs and buttons sprouting from all over the dash. To some it might make the cabin a little cluttered and old-fashioned. It's easier to adjust the air-con temperature when there's a button to do the job rather than a complicated infotainment menu to navigate.

Lexus's navigation and entertainment system may not be asked to do as many jobs as those in the Volvo XC40, but the touchpad controller is fiddly to use on the move.  All versions have a digital radio and a powerful stereo with at least 10 speakers. Music fans should look out for cars with the uprated 14-speaker Mark Levinson system. 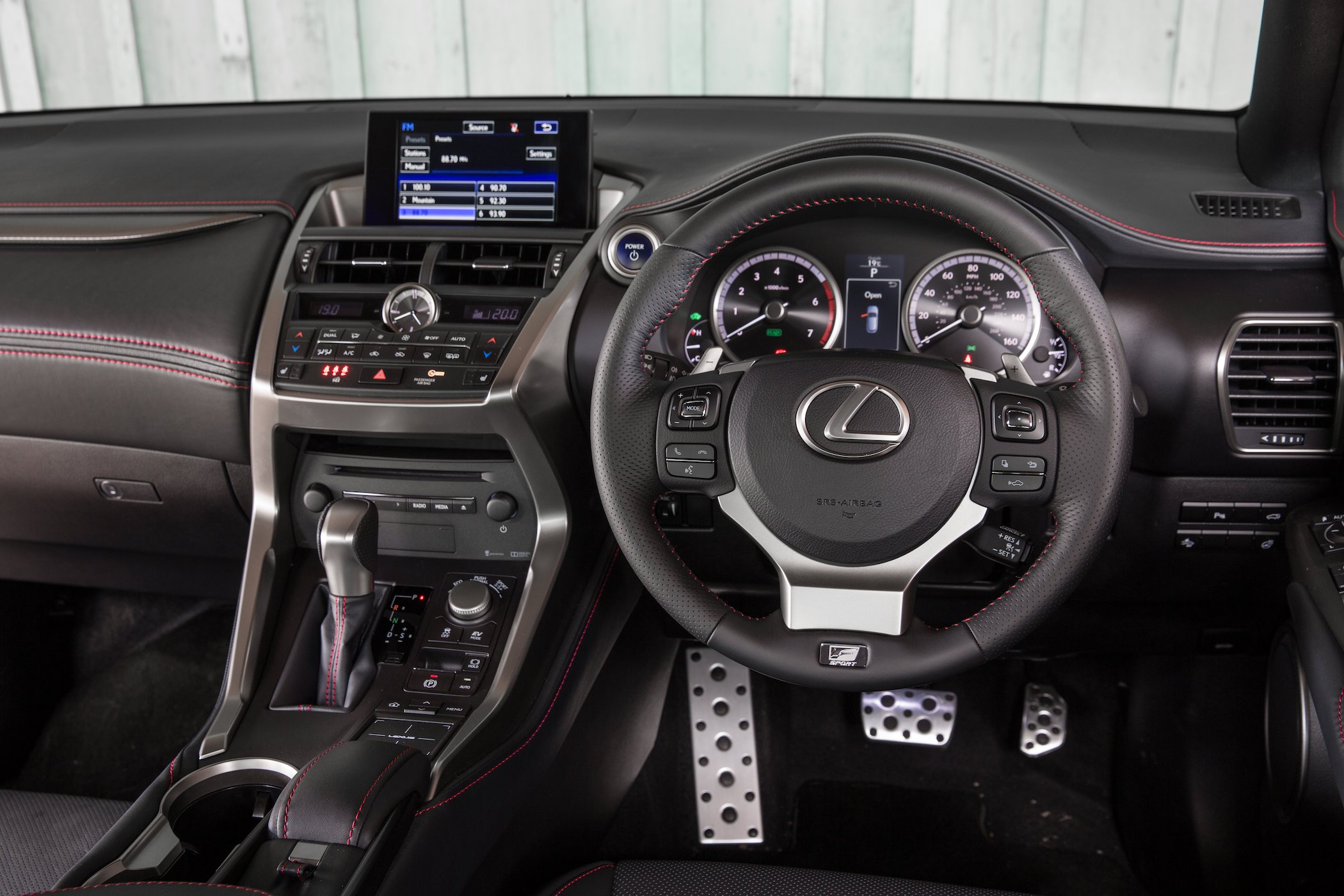 Anyone travelling in the front of the car has plenty of space. Every NX has an electrically adjustable driver's seat, so finding a comfy and supportive driving position is straightforward for people of all shapes and sizes.

There's enough room for adults to get comfortable in the back, but the middle seat is firm and the cabin quite narrow – a couple passengers in the back will be fine, a third is a bit of a squeeze. Air vents between the front seats mean the air con doesn't have to blow up a storm for chilled air to reach the back-seat passengers.

The boot is big enough to easily cope with a weekly shop for a family of 4. In fact, it should cope with a grocery run with space to spare.

On the other hand, there is a high lip to load items over. That could put a strain on your back when lifting something heavy like a child's buggy. The rear seats split and fold if you need more room for luggage, but this does leave a slight slope to the floor.

There are a couple cupholders in the front, and the same again in the rear armrest, so nobody need go thirsty unless you're travelling 5-up.

Running costs should be affordable, and the petrol-electric hybrid can be expected to use less fuel than a petrol SUV of similar performance. According to the official economy tests, the front-wheel drive version returns 39.7mpg. The 4x4 is a little thirstier, returning 36.6-37.1mpg.

The hybrid system works best around town, as stopping and starting helps top up the battery. On long motorway journeys at a steady speed, a good turbodiesel is likely to use less fuel than the Lexus NX – something to keep in mind if you're a high-mileage driver.

It's good to be different. With its distinctive styling, efficient hybrid powertrain, and generous equipment, being different is what the Lexus NX is all about. If you don't want to make the default choice when shopping for a mid-sized SUV, the NX is for you. It's somehow leftfield and sensible at the same time.

We wouldn't try to talk you out of a stylish and reliable car like the Lexus NX, but there are plenty of other SUVs that are worth thinking about before you decide:

You can buy sharper-driving SUVs. Otherwise, the Lexus NX has a lot going for it. Well equipped, super-reliable, and packed with technology, the NX shows just why once someone buys a Lexus they keep on coming back for more. It's a clever car for buyers who are willing to stand out rather than fit in.