Britain’s long-standing love-affair with the hatchback is driven by logic – a compact car lends itself perfectly to a nation of narrow roads, tight city streets and heavy rush hour traffic. It’s little wonder that we’re so spoilt for choice, as car manufacturers vie to win in one of the most competitive vehicle segments out there. That can make choosing one even more difficult, but cinch is here to help you find the next car that’s best for you. With a budget of £15,000, we’ve lined up our picks below. 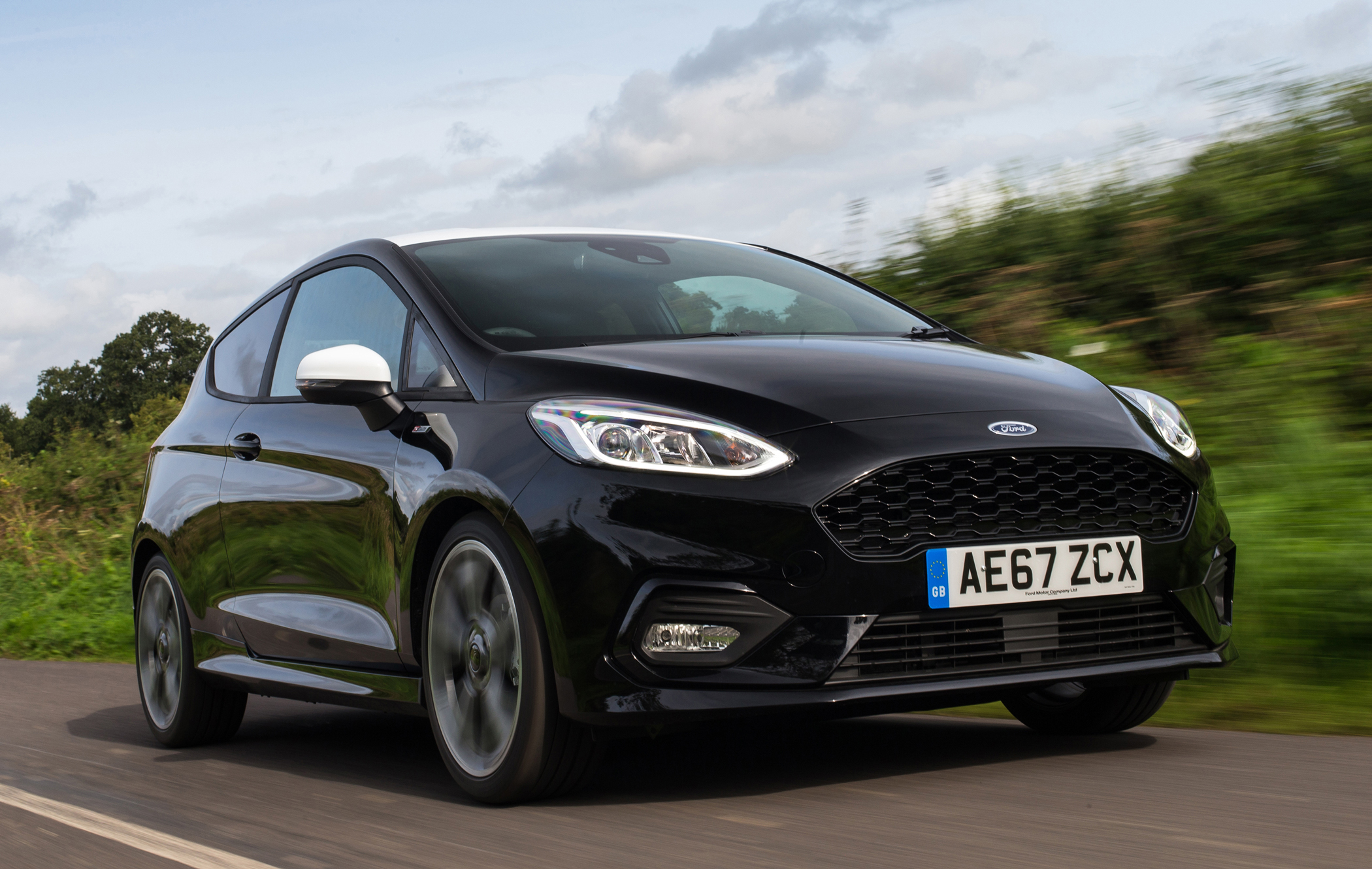 Surprise, surprise. The UK’s best-selling hatchback just so happens to also be one of the best you can buy. Ford has come a long way from the plasticky, tech-baron interiors of its past, upgrading its ever-popular Fiesta substantially, especially through its last two generations. It’s now got an interior that’s both aesthetically pleasing and technically strong, adding to the value for money on offer from this hatchback, which comes in both three- and five-door forms.

Among its strongest traits are the engines. Star of the show is the Fiesta’s EcoBoost 1.0-litre motor, which defies its size with up to 125hp, giving a hatchback that has genuinely good handling, enough energy to make it as fun as it is practical. Add in funky looks, boosted by alloy wheels and a little boot spoiler, with a cabin sporting touchscreen infotainment, Bluetooth and DAB, and this youthful hatchback is as fun as it is technically brilliant. 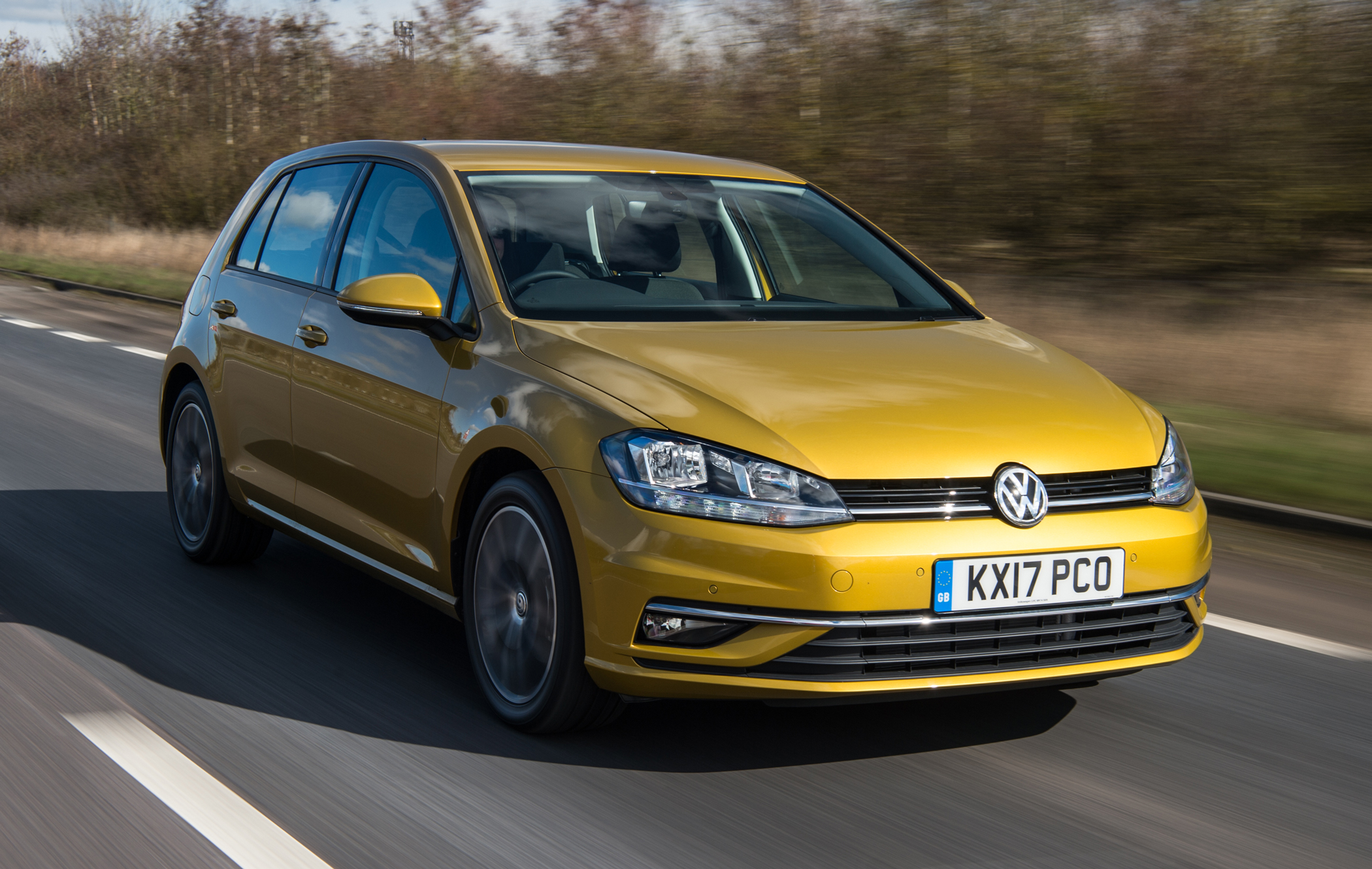 If the Fiesta is the funky, fun top-seller, the Golf is the smart, premium class entrant. Since the seventies, the Golf has been famous for offering high-end features and quality in a compact package, and while the latest ones have grown in size, they remain entirely true to that concept. Volkswagen hasn’t attempted to encroach on the youthful ways of its rivals, instead deliberately focusing on improving the Golf’s high-end feel, to the extent that it remains the go-to option for those wanting big car character in a compact (ish) package.

It might not feel quite as sporty as the Fiesta and its more comparable sibling, the Focus, but the Golf rides brilliantly as a result, with frugal engines to make it the strongest offering of the segment for those who mix lots of motorway miles in with their urban driving. VW’s interiors are typically as tech-laden as they come in each segment, and the Golf is no different, with driver assistance features and safety kit to rival models from classes above. Little wonder the Golf has proved so popular with buyers with kids. 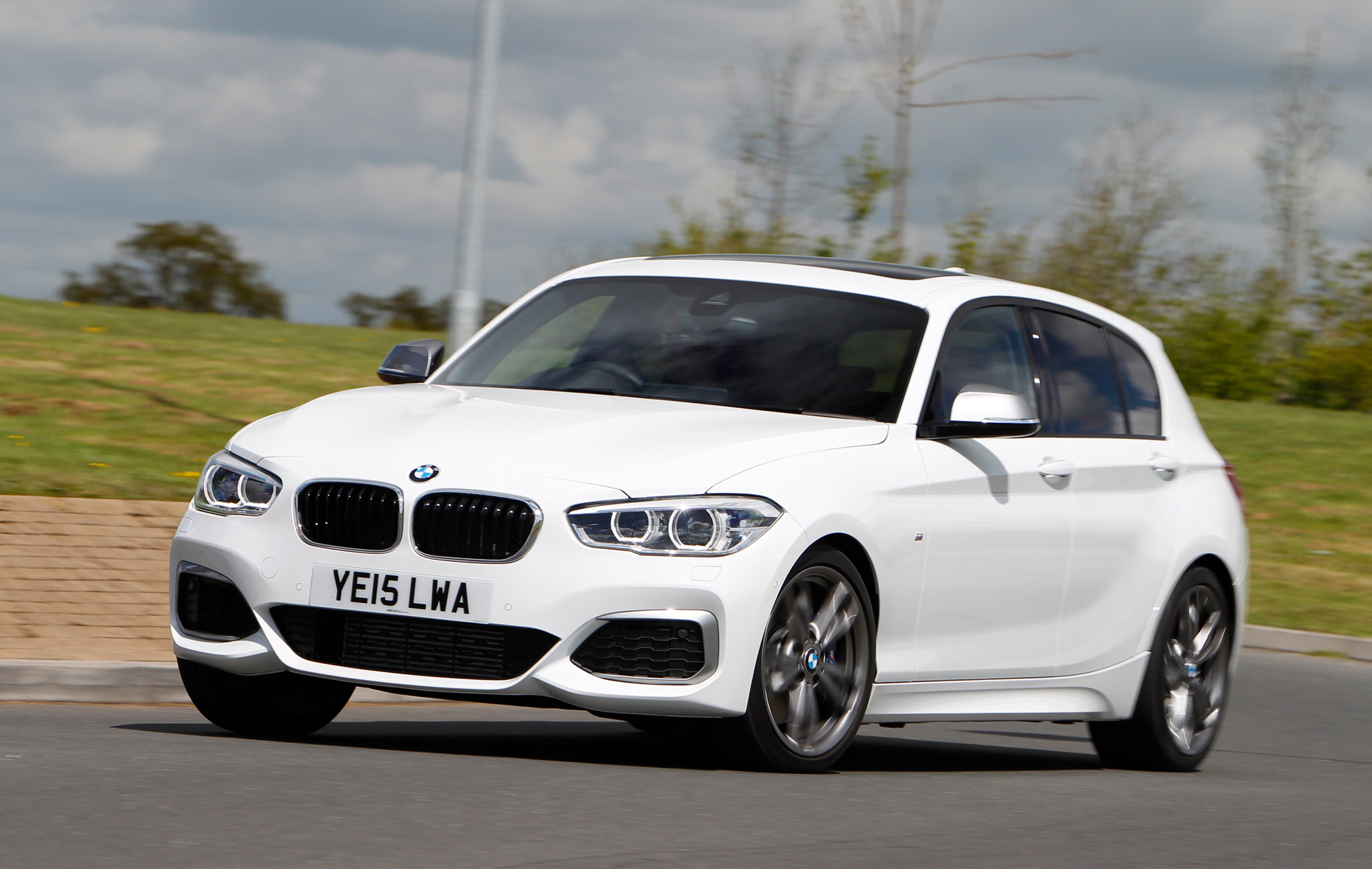 Should you prefer your hatchbacks with a little more road presence, the BMW 1 Series is a sure-fire way to maximise punch for your pounds. With its rear-wheel drive setup and sporty looks, this hatchback looks more grown-up and serious than most of its rivals. It’s for good reason, too, because BMW’s handsome five-door feels like a senior offering to drive, with refined engines and great gearboxes. Even the seating position feels more sporting; you can lower it to angle your torso like you’re in a performance machine. That feeling never gets old.

BMW has long been sharing the designs of its interior across the range, meaning even its smallest model gets a cabin worthy of top-rank cars. Smart, tidy and comfortable to sit in, a 1 Series is a great place to spend a long time. With enough boot space to swallow a couple of suitcases, these models have long been popular with family buyers that want to maintain some sportiness and character in a dependable hatchback. Find one with M Sport trim and those desirable traits are turned up to eleven. 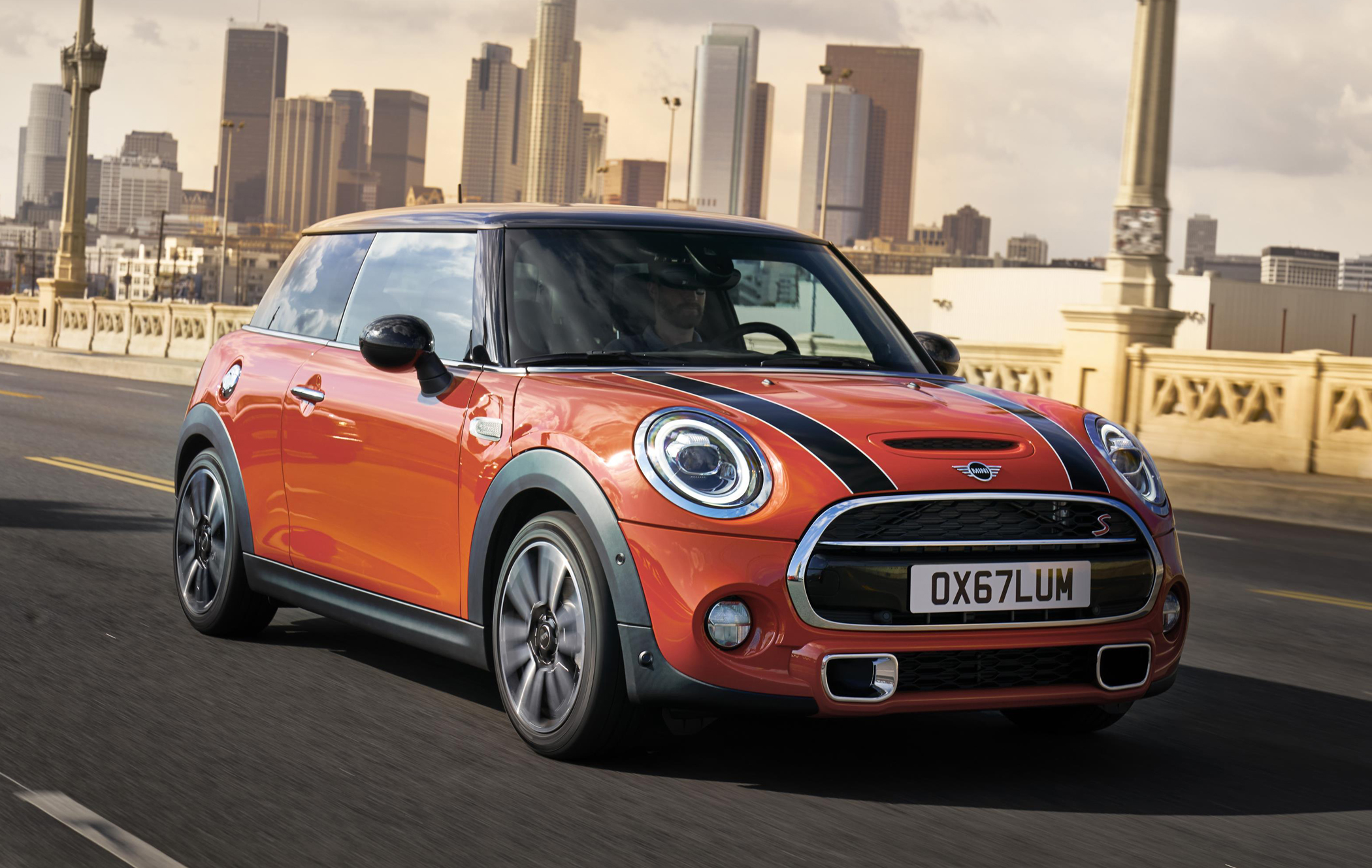 This German-designed, British-built model is arguably the most fashionable of the class, with its funky looks, quirky interior and retro-inspired charm making for something wholly unique. It’s easy to fall for a Mini on design alone – no doubt plenty have been motivated by the heart more than anything to sign on the dotted line – but this isn’t just a pretty face. The Mini Cooper is brilliant to drive, with its quick-reacting steering and enthusiastic handling part of a deliberately-sporting setup intended to entertain.

The best-looking Minis are the three doors, but the five-door version is naturally more practical, so choosing between them will depend on your priorities. Either way, with a line-up of BMW engines (the German brand owns Mini), you’re getting a capable, premium machine that should feel fresh and fun for years. Arguably the Mini’s strongest trait is its interior; the dash, with the infotainment system integrated into a round centre section, is inspired by the original, British-designed 1959 Mini’s central-speedo. We love it. 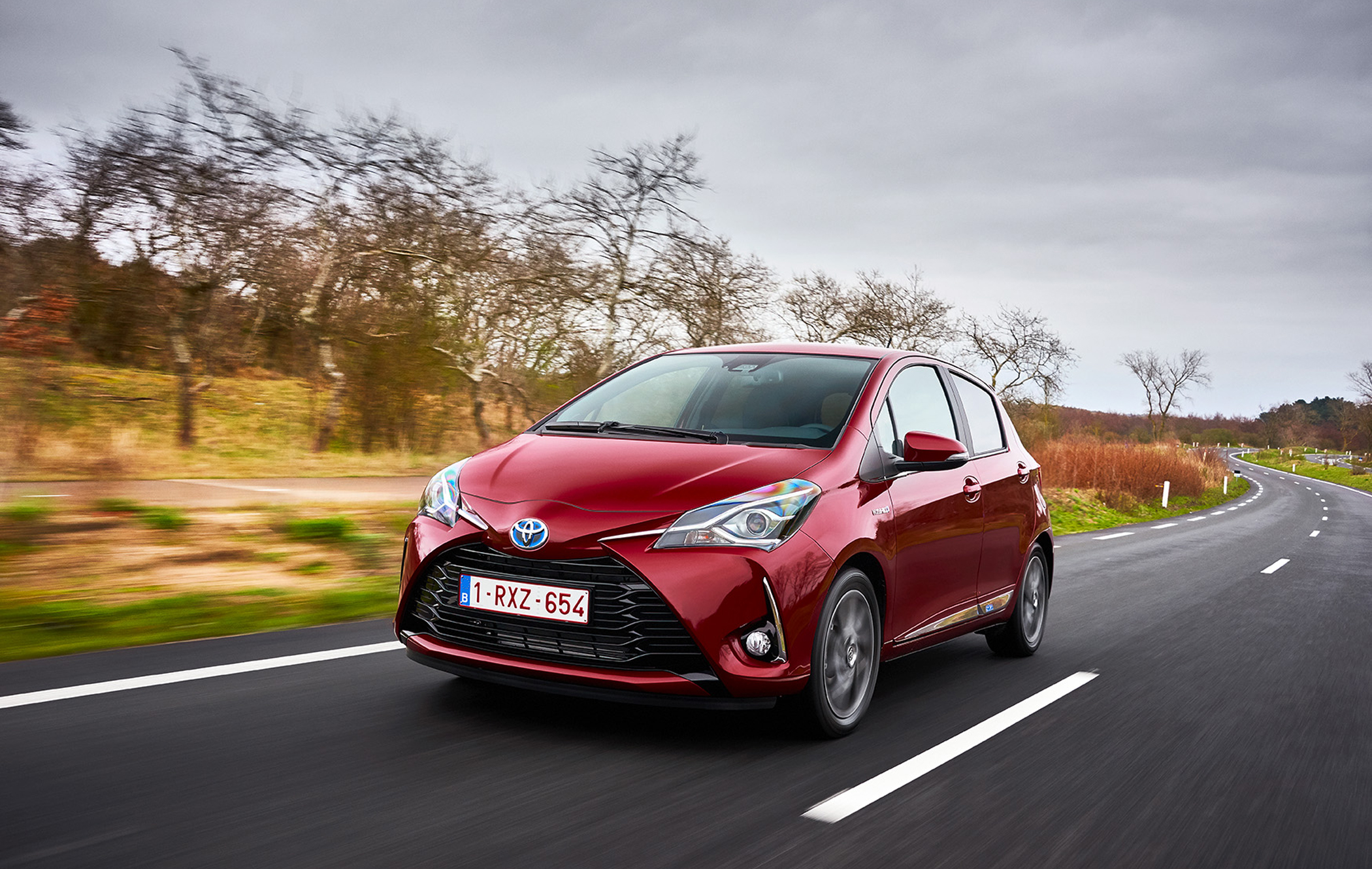 In a bid to get ahead of the crowd in the hybrid race, Toyota launched a hybrid version of its Yaris before its rivals started getting involved in the electrified action. And it’s done the model very well, attracting attention from those wanting an eco-friendly, low-tax option that’s also practical and affordable. Thanks to the electrically-assisted engine, Toyota’s Yaris Hybrid can average over 70mpg on a run, making this 1.5-litre petrol model comparable with a diesel for efficiency on the motorway, and cleaner in the city.

Toyotas have long had a reputation for great build quality and reliability, and despite this car’s more complicated engine setup, it maintains that form very well. High mileage drivers will find much to like in the Toyota’s dependable nature, while those wanting something discreet and functional will be equally pleased by the car’s no-nonsense exterior and interior styling. If it’s maturity you want, the Yaris defies its compact dimensions as a class grown-up. 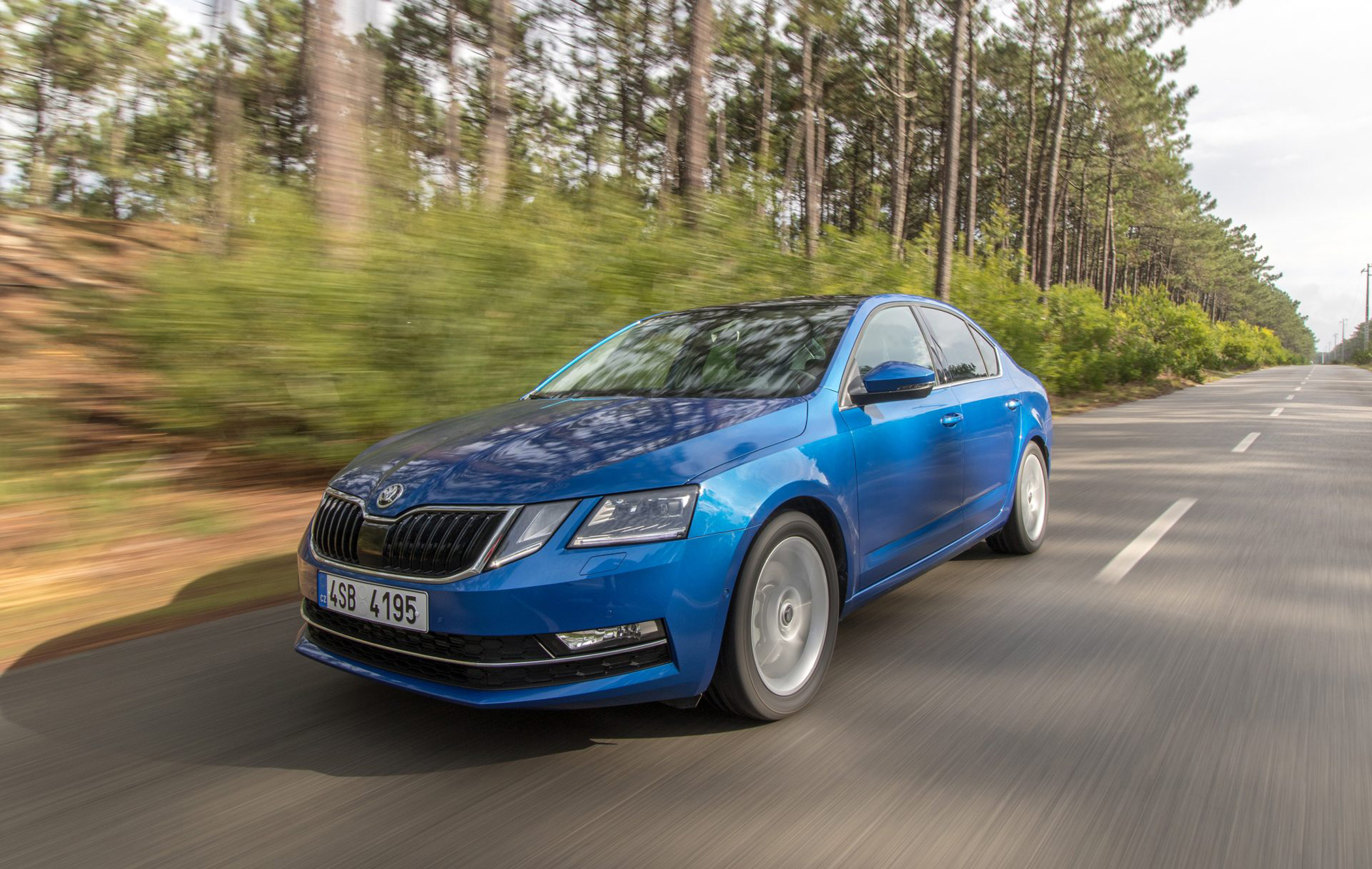 Hold that thought. While hybrid Octavias don’t sneak under our £15k limit, this hatchback (despite looking a bit like a saloon, this Skoda has a hatched boot) is another offering to make functionality-lovers weak at the knees. Using parts and technology shared with sister brand Volkswagen, and being dressed in a smart, handsome body, this Czech-built offering is tough, reliable and excellent value for money. With technically impressive VW Group engines and a boot capable of swallowing a family’s worth of luggage, this is a car you’ll buy with your head (not literally).

A clear focus on practicality and comfort ensures the Octavia’s interior is spacious, while its ride is cushioned and forgiving. Borrowing dashboard technology from its VW Group stablemates, this Skoda is also well-equipped, with higher-spec models coming kitted-out with mod cons to rival posher alternatives. Sure, this Skoda doesn’t mix them into a cabin with trinkets or much glamour, but plenty find the Octavia’s honesty to be its most appealing trait.

What is a hatchback car?

A hatchback is a car with a hatch-type boot-lid hinged on the roof of the car, so it opens upwards. The space behind the rear seats is also inside the main cabin of the car.
View more