The Honda HR-V is one of the current crop of compact SUVs but with an element of sportiness, thanks to its coupé-like styling. A great package of reliability and practicality.

About the Honda HR-V

The Honda HR-V is an affordable family SUV that has plenty going for it, and has, for many years, sat at the top of its class. Think of it as being a practical option for someone wanting an SUV but without the massive cost they can come at.

While Honda only sells hybrid versions of the HR-V today, there are still plenty of petrol and diesel variants on the used car market.

Models of old are available with either a manual or automatic gearbox and the option to have a four-wheel drive system.

Is the Honda HR-V reliable?

Honda has a great history of making reliable cars and the HR-V is absolutely no exception. It offers exceptional build quality and solid engines, creating a very dependable car.

The same goes for safety too, because Honda’s approach to safety is much like reliability and focuses on creating a solid all-around vehicle that would withstand crashes.

It also comes with a range of safety features including lane keep assist, traffic sign recognition software and a collision mitigation braking system that ensures the vehicle avoids any collisions.

Don’t forget, every used car we sell comes with a free 90-day warranty and the option to purchase cinchCare to increase the protection of your vehicle.

What are the Honda HR-V's features?

The reason you’d buy a Honda HR-V is that you want something larger than a Civic but smaller than a CR-V – and this is where this small SUV lies.

Inside, the HR-V features a functional and clean cabin with both digital and physical controls – something its customers are grateful for.

Modern examples of the HR-V offer two large display screens inherited from the very hi-tech Honda e. These control pretty much all of the car’s settings and features but in a very easy way.

There's also the option to connect your smartphone to the vehicle’s infotainment system through Apple CarPlay or Android Auto.

Older models don’t feature two displays but still retain one in the centre that offers a very similar experience.

The boot on new models measures in at 335 litres whereas slightly older models had a larger 448-litre boot, because they don’t feature all the same fancy hybrid gubbins.

Honda’s HR-V also has a nifty feature when it comes to the rear seats because they can fold upwards to allow you to store larger boxes in the rear. It’s a very clever feature, and one we wish more car companies included.

When it comes to driving, the HR-V offers a very impressive selection of engines. Older vehicles can be found with a choice of either petrol or diesel units, including a 1.5-litre four-cylinder petrol engine that produces 130hp and a 1.6-litre diesel that puts out 120hp, which is the better option if you tend to do longer drives.

From 2021, all HR-V models left the factory as hybrid-only vehicles, which means they are powered by the same 1.5-litre petrol engine seen in older models but with the added assistance of dual electric motors that produce a combined power output of 238hp.

Honda claims this will return 52.3mpg, making it the ideal small family SUV for city-dwellers.

Take a look inside 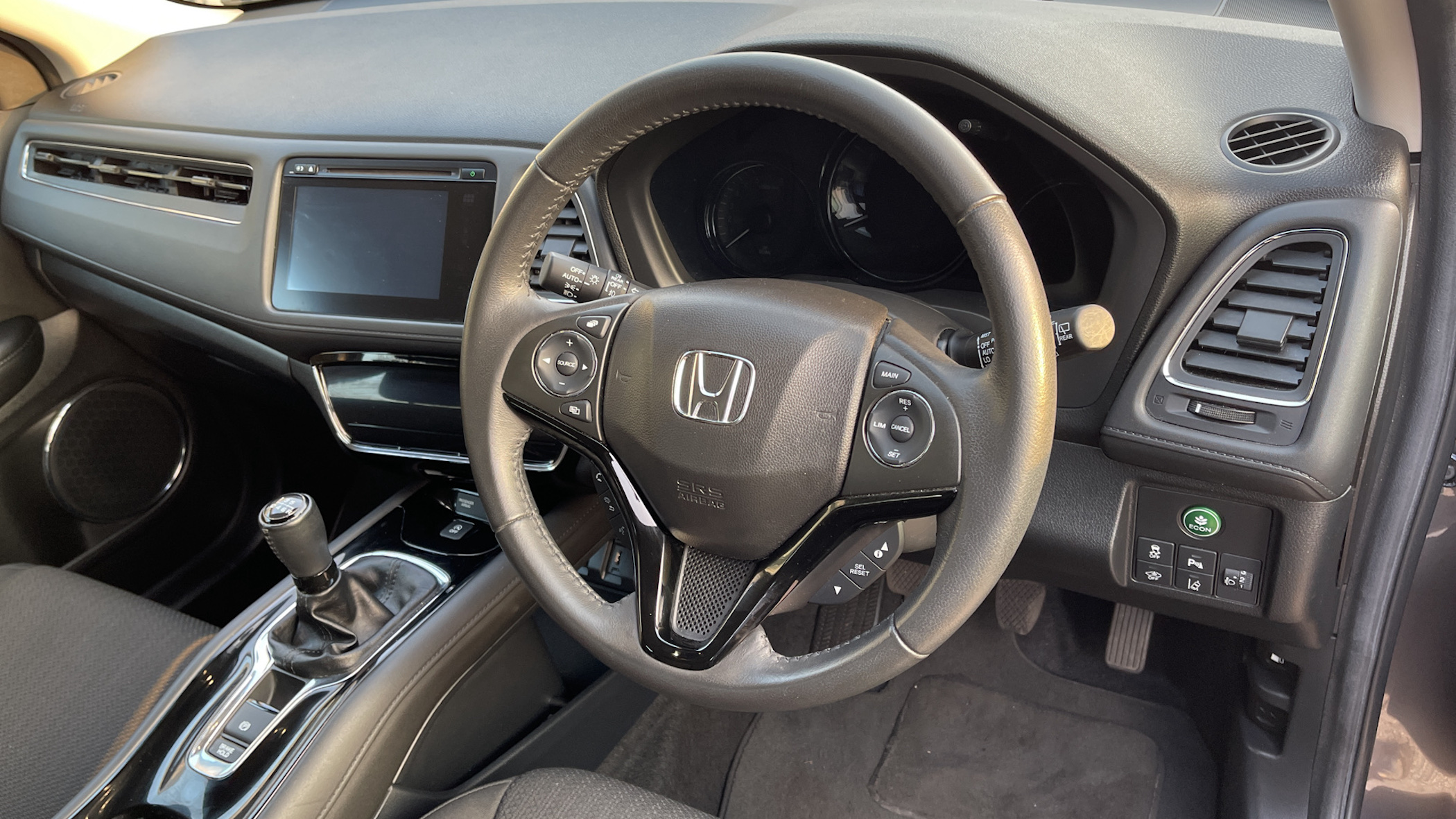 We think the HR-V would make a great family car because it offers plenty of reliability, practicality, interior space and some excellent safety features.

The HR-V doesn't have four-wheel drive and instead only drives the front wheels. If you want a Honda SUV with 4x4 capabilities, then we would suggest checking out the larger CR-V model range.

The HR-V should be able to tow a small trailer and has a maximum towing capacity of 680kg.

There is the option to connect your smartphone to the vehicle’s infotainment system via Apple CarPlay or Android Auto.