The days when the MG badge was associated with unreliable and rusty roadsters have long gone. These days, the badge adorns far more practical machinery, such as the ZS SUV, which is a bargain-priced alternative to big-name rivals such as the Kia Stonic and SEAT Arona. But it has much more to recommend it than just low prices.

It’s fair to say the design is hardly cutting-edge, with more than a whiff of ‘My First SUV’ about it, but that is not to say it’s unattractive. Only that it’s perhaps a touch unadventurous.

Still, all the SUV styling cues you’d expect are present and correct, so there’s a huge chrome-ringed front grille with a large ‘MG’ taking pride of place in the middle. Below it is a lower grille flanked by 2 fog lights and below those is a skid plate to protect the underside.

From the side, the wheel arches are rimmed in SUV-essential black plastic, which merely serves to make the alloy wheels look a little small. Still, the alloy wheels themselves are attractive.

Meanwhile, the glass line has a noticeable lift at the rear door, in much the same way as the Nissan Qashqai.

At the back the sculpted rear bumper (again with skid plate) and wide-rear lights have a hint of Renault Captur about them. 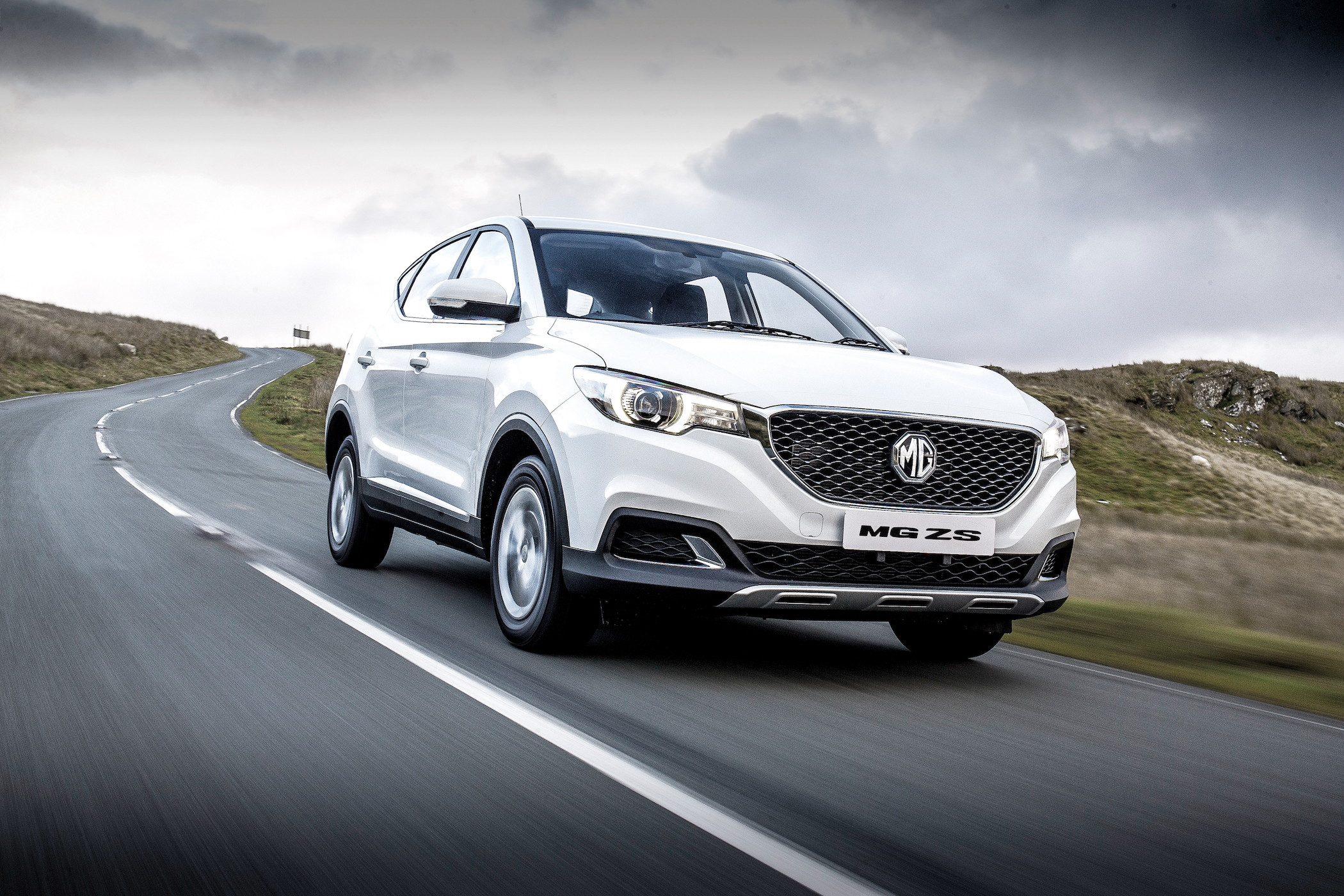 That is not to say it’s unattractive.

There are 2 petrol engines available in the MG ZS, a 3-cylinder 1.0-litre turbocharged unit and a 1.5-litre 4-cylinder non-turbo. The latter can feel pretty breathless and needs to be worked hard – you’ll have to indulge in plenty of gear-lever action.

The 1.0-litre engine is linked to a 6-speed automatic gearbox and is the better combination. It’s smoother, and feels punchier when you’re out on the open road, although you’ll sometimes have to wait for the self-shift transmission to make up its mind on whether or not to change gear when you want it to.

The steering in the MG ZS is really sharp, which makes the car feel truly responsive when you want it to turn. It manages this while avoiding having too much body roll or feeling uncomfortable.

The MG ZS also has 3 driving modes: Normal, Dynamic and Urban. Dynamic adds weight to the steering, while Urban removes lots of weight to make parking easy. In truth, Normal hits a neat middle ground between the pair. 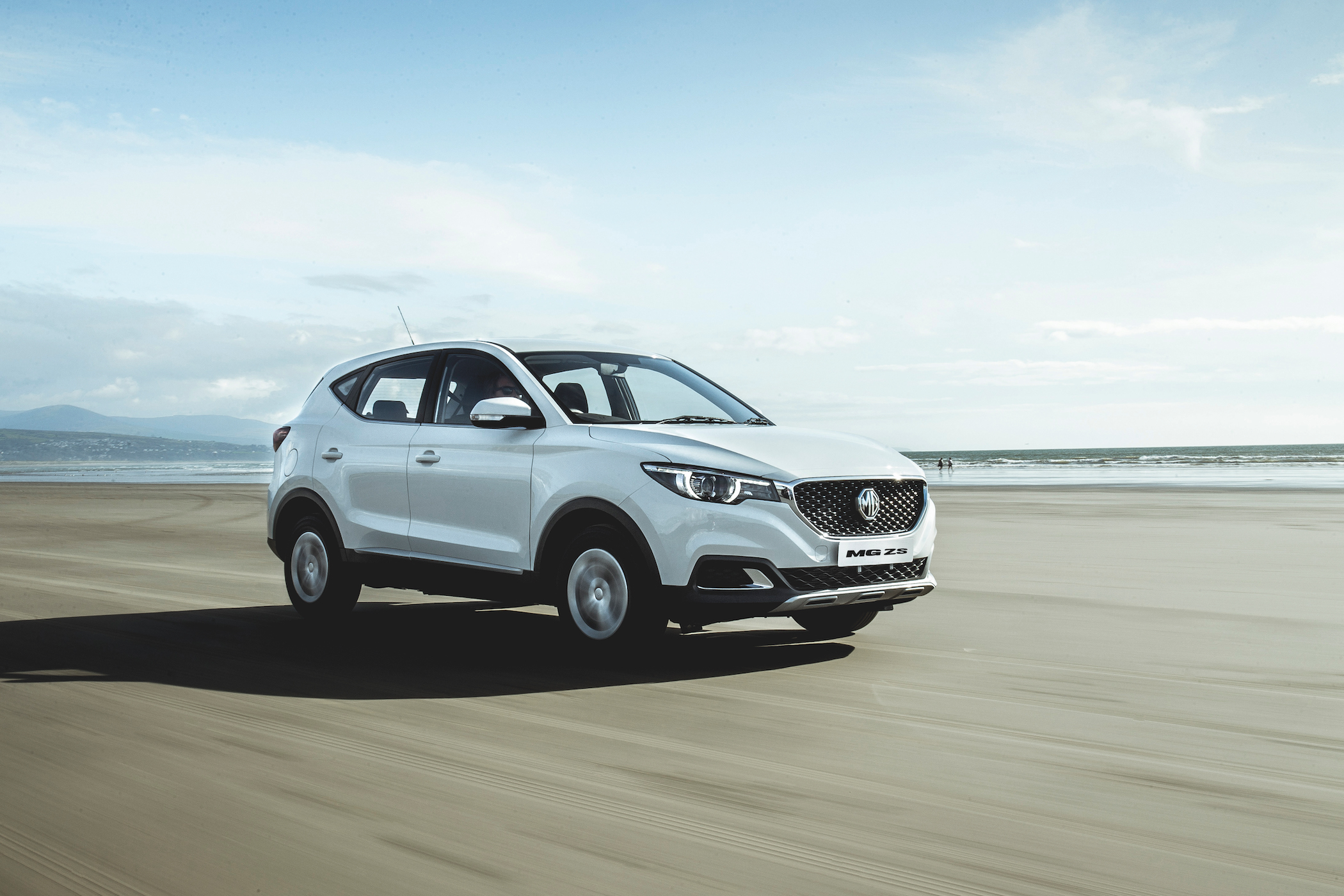 It’s smoother, and feels punchier when you’re out on the open road.

A great deal more thought has gone into the interior of the MG ZS than the exterior, and it’s all the better for it.

The door trims feature a variety of materials, from black plastics to shiny metal-effect surfaces. It’s a neat design.

The wheel itself is conventionally round but features neat cut-outs for your thumbs, plus leather trim. It also contains numerous buttons to operate the mobile phone and audio systems and the cruise control.

Behind the wheel is a simple-to-read pair of dials, which have the temperature gauge and the fuel gauge between them.

To the left of this, the centre of the dashboard on most models is dominated by a large touchscreen, through which you control the audio systems, the DAB radio, the Bluetooth phone system, and the sat-nav. On later cars, this also caters for Apple CarPlay and Android Auto. 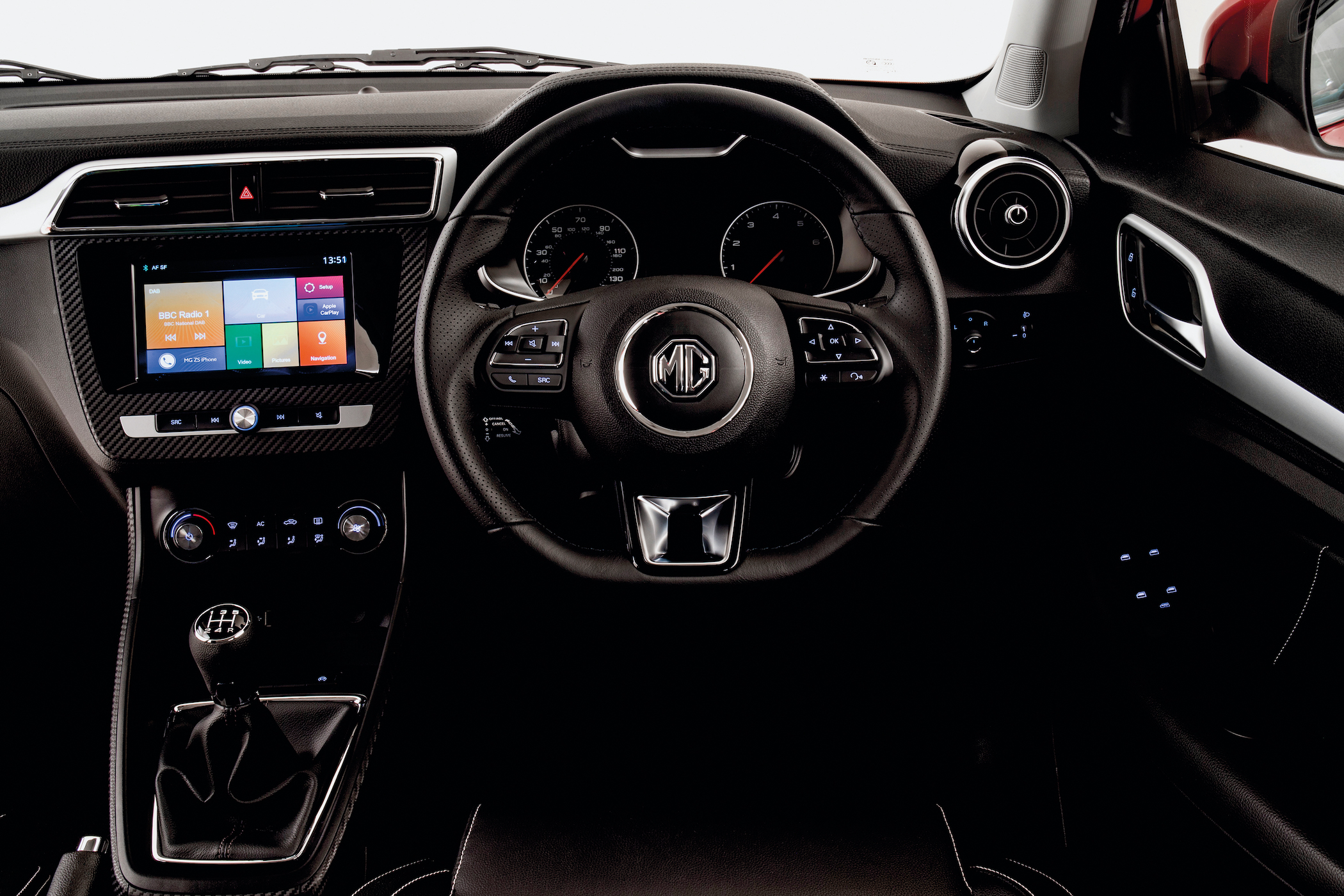 The controls for the ventilation system reside below these, and are easy enough to use, while just in front of the gear lever is a handy storage area.

The mid-spec Excite model is the sweet spot in the range, because it features air-conditioning, cruise control, the touchscreen and rear-parking sensors, plus alloy wheels.

You won’t feel disappointed with how the MG ZS feels inside either, because the plastics all look attractive and feel like they’ll far outlast your ownership period. The interior ambience belies the bargain price.

Even if you’re tall you won’t struggle to get comfortable in the front of the MG ZS, because there’s plenty of space to stretch out in. By the same token, if you’re shorter than average, there’s enough adjustment in the seat and steering wheel to ensure that you’ll easily get settled too.

Behind, there’s good space for a couple of adults, with decent legroom even for taller occupants, and a fair bit of headroom.

Better still, the 448-litre boot is genuinely large, and will easily carry a week’s shopping or a couple of large cases.

The rear seats fold down easily, and the boot floor can be adjusted for height, which means you can have either maximum capacity or easy loading with the boot set at the level of the boot lip. 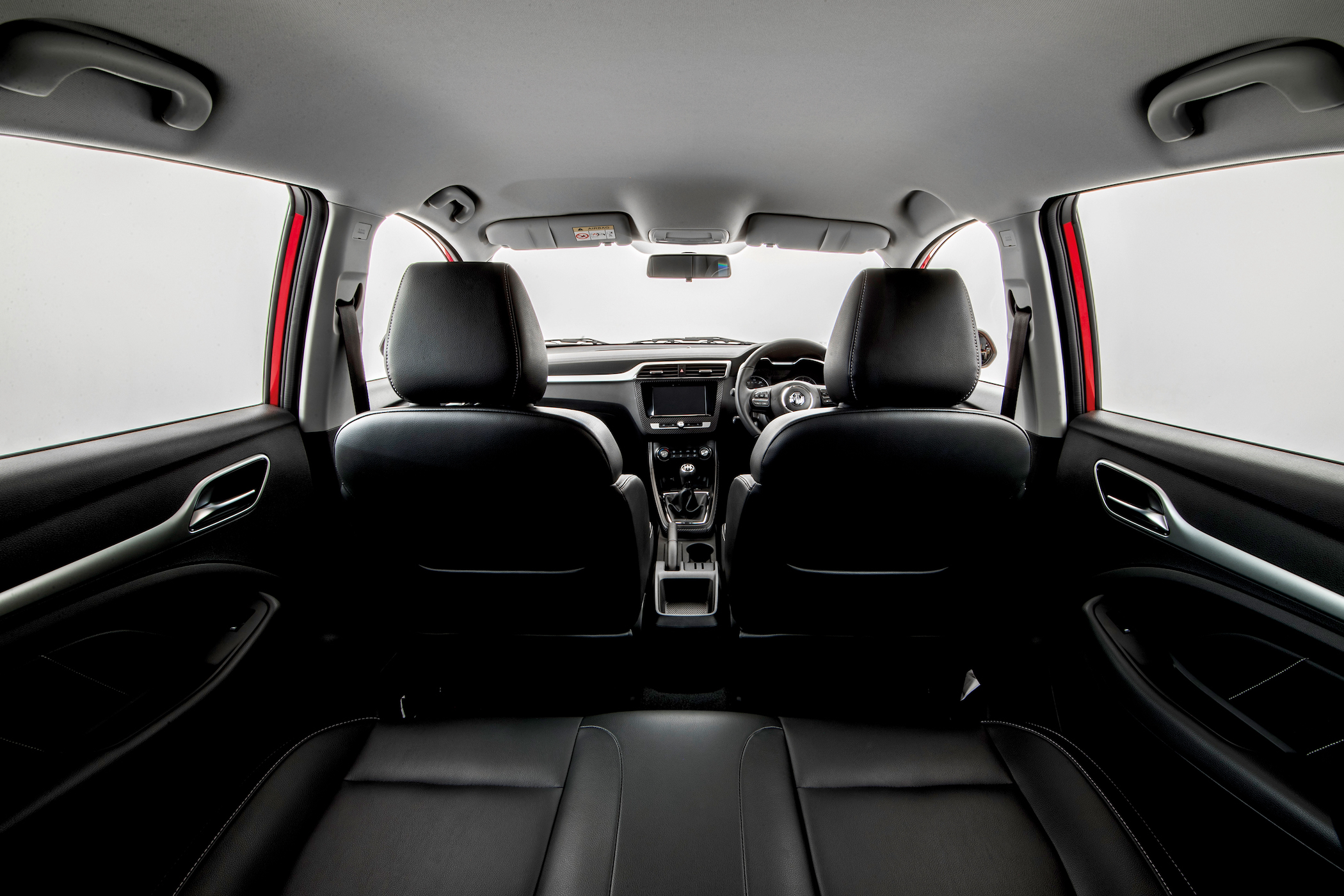 Both engines return pretty respectable economy figures, although the 1.0-litre model is slightly hamstrung by the fact it’s linked to an auto box. Nevertheless, the 1.5 can manage an average of almost 50mpg, while the 1.0 does almost 45mpg.

The good news is that you won’t have to pay much in the way of insurance premiums either, because the MG ZS starts off in group 10 and finishes in group 15, figures which are pretty low for an SUV of this size.

The MG ZS deserves to sell like Bovril at a December football match, because it offers so much for so little.

For a start, the interior space belies the comparatively compact exterior dimensions, because there’s plenty of space for 4 adults, and even 5 if you’re happy to ignore social distancing. The boot can take all your stuff too.

The amount of standard equipment will help to make every journey pass comfortably, while the car’s driving manners will keep you just as fresh at journey’s end as you were at the start.

Best of all, it’s an absolute bargain.

Here are 5 of our favourite family-friendly solutions.

It would be so easy to look down your nose at the MG ZS, but that would be an error, because it really is worth your attention if you’re in the market for a small SUV. It has more space than you’d expect, loads of standard equipment, it won’t cost much to run and it’s decent to drive.