You know that pretty much any car with the words ‘Land Rover’ on the bonnet is going to be a good off-roader, even this so-called entry level car. The Freelander is much more than that, though. Though it ceased production in 2014, it could still be worth buying if you’re looking for a smaller SUV.

Just one look at the Freelander and it’s obvious it’s one of the Land Rover family. There’s the familiar boxy shape but with plenty of other design flourishes to take it out of the countryside and on to the city streets.

It might not have quite the style of the Range Rover Evoque or the prestige look of a BMW X3 but the squared-off clamshell bonnet and floating roof give it a look that’s all of its own.

The good-looking grille and daytime running lights also give it a contemporary edge that older versions of the Freelander lacked. 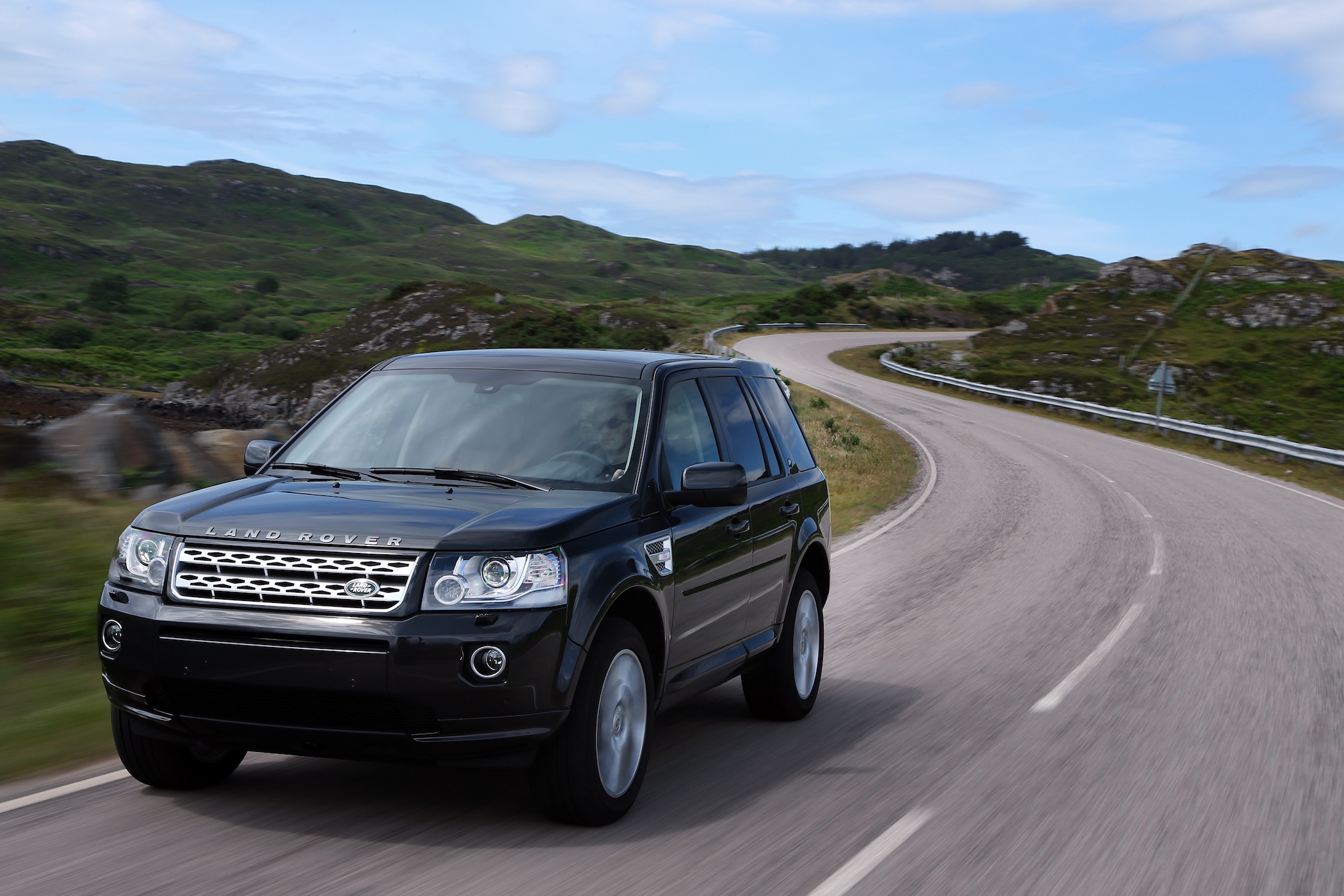 Just one look at the Freelander and it’s obvious it’s one of the Land Rover family.

The Freelander is a car for all seasons - and all reasons. It’s composed and calm when you’re driving round town with suspension that can take the biggest of bumps and deepest of potholes in its stride.

Take it on the motorway and it cruises along beautifully with only a moderate amount of wind and road noise penetrating the cabin.

Head for the country and it manages winding lanes with minimal roll and off-road adventures with ease, especially in higher spec models which have a feature called Terrain Response whose name says it all. 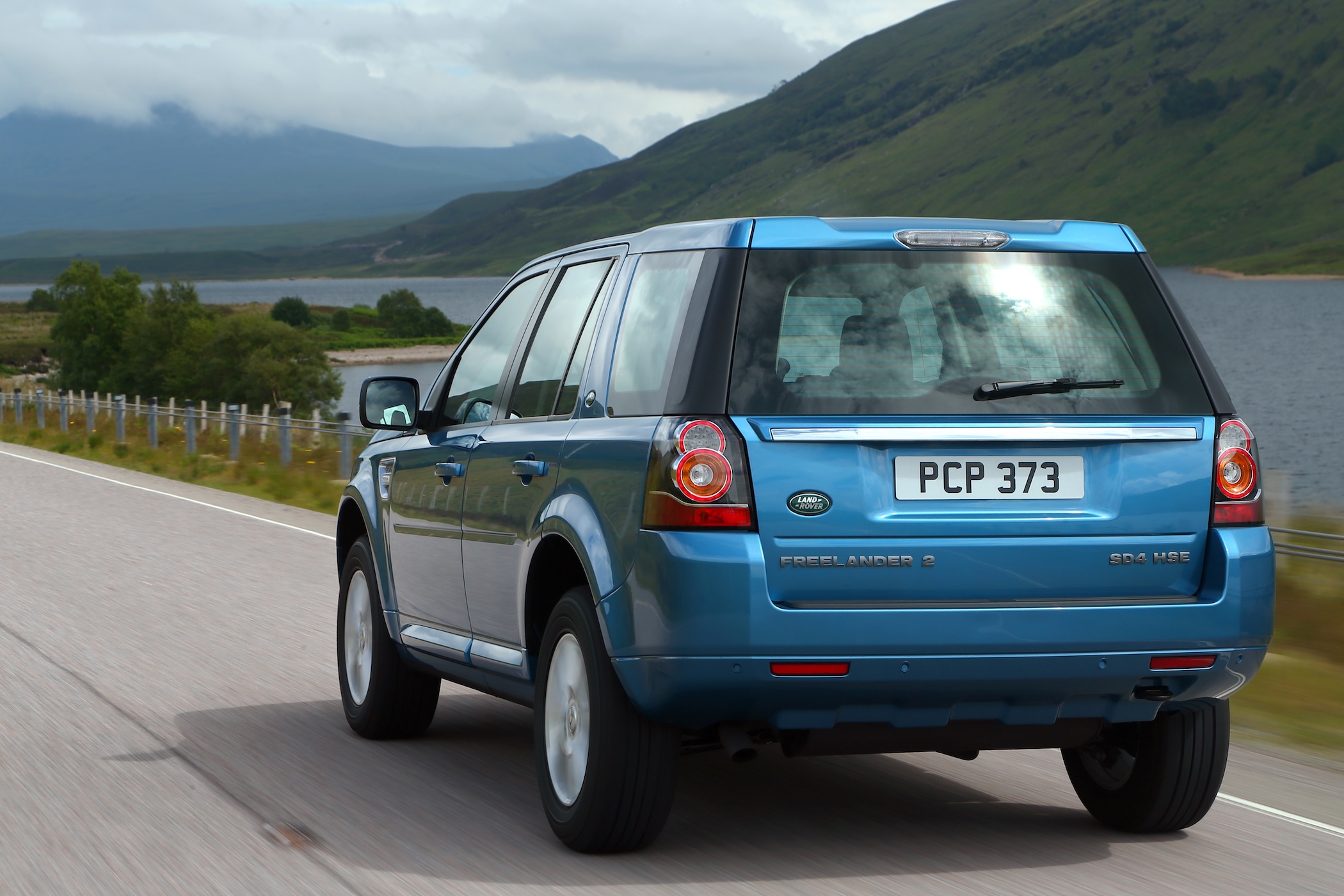 The Freelander is a car for all seasons.

As it was meant to compete with other off-road cars from more prestige makes, Land Rover realised they needed to up their game when it came to the interior of the Freelander. So, you’ll find plenty of soft-touch materials and metal detailing inside.

It’s a tall car with a great driving position, allowing you to see right over the bonnet in front of you. The seat can also be adjusted in 6 different ways, including making it higher still. Passengers in the back will find that the legroom is a little cramped. At least they will be high enough up to see over the heads of the driver and the front seat passenger.

The car is showing its age a little now, having been discontinued in 2015. The sat nav and the infotainment systems are a little on the creaky side. In fact, some cars even have a navigation system that relies on a DVD instead of the more modern hard drive or Wi-Fi equivalents, so it’s a question of always ensuring you have an up-to-date disk.

Overall, it’s probably better to look for a mid- to high-spec model as the most basic ones are quite sparsely equipped for a car of this kind. 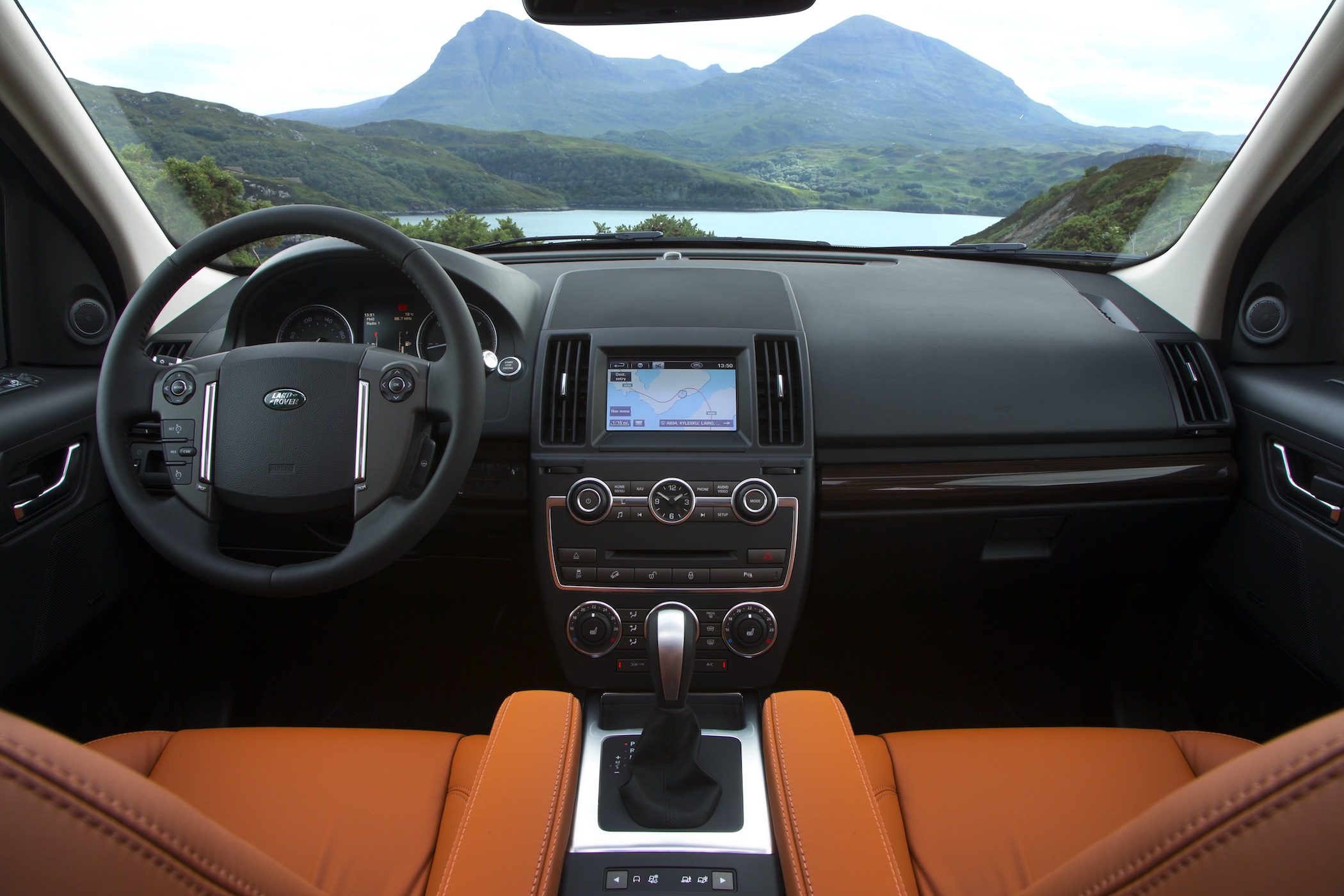 Boot space isn’t an issue with the Freelander, even when the back seats are up. There’s plenty of room for shopping bags, buggies, golf clubs and even a bike. Fold the seats down and it’s cavernous with the only downside being that the tailgate opening may seem a little too narrow.

There are lots of practical touches like the boot cover that is carpeted on one side and wipe-clean on the other for when muddy boots, or wet dogs, are on board.

In the cabin there are plenty of cubby holes and other storage solutions including door bins that can easily swallow litre bottles of drinks.

Whichever of the Freelander’s diesel engines you choose, you’re going to be looking at between 40 and 45 mpg.

Not bad for a car of its size but quite a long way behind the BMW X3. All models do have a stop/start system that can make city driving more fuel efficient, not to mention less polluting.

There’s enough of the classic Land Rover ruggedness coupled with SUV refinement to make the Freelander a very good choice. Just watch out for the running and repair costs because they can all add up to make it quite an expensive car to keep in tip-top condition.

The Freelander’s not the only great on/off-roader to choose. All these are pretty good too:

You don’t need us to tell you that Land Rover lead the way when it comes to off-road brilliance. We can also assure you that the Freelander glitters in most other road conditions too. It still makes for a great purchase.