For anyone who’s ever had their head turned as the sleek shape of an Audi TT has passed by, here’s some very good news. This is one sporty little number that may cost less than you might imagine, as well as being a lot more practical than you might expect.

They always say that if it ain’t broke, don’t fix it. This seems to have very much been the Audi philosophy when it comes to the TT. Now in its third generation, its distinctive rounded shape that caused a huge stir on arrival has changed very little. When it was first launched it was a genuine surprise. Incredibly, it also has few obvious imitators even today.

With its rounded lines and raked-back windscreen it looks ready to slip through the air with barely any wind resistance – even the wing mirrors are designed with ultimate aerodynamic efficiency in mind. Plus, it’s a car that has a real character all of its own. 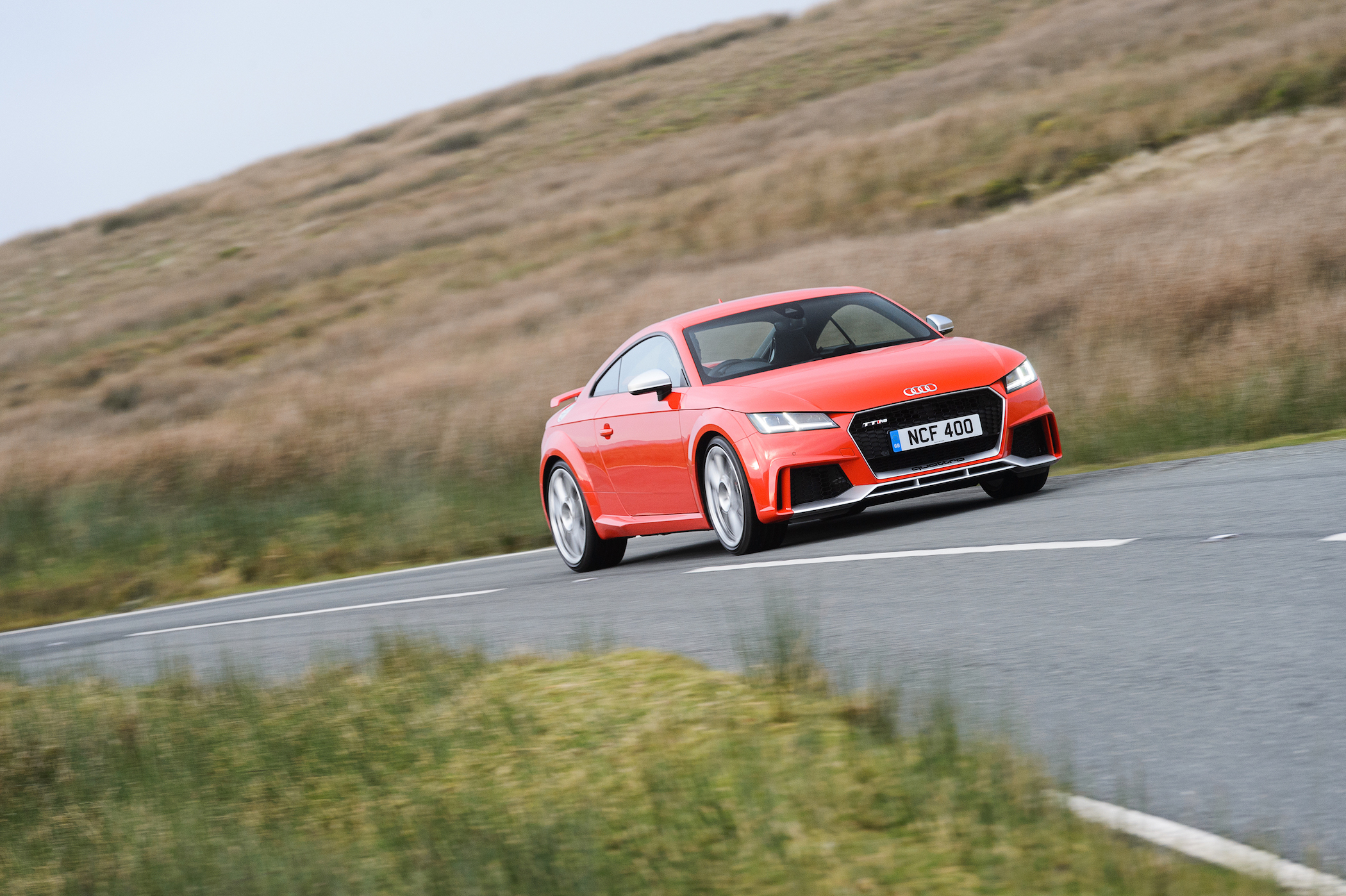 It’s a car that has a real character all of its own.

With its looks and pedigree, when it comes to driving the TT has a lot to live up to – which it does in style. It’s definitely fun to drive, made all the more exciting by just how low down you are. It seems just at home negotiating the back streets of Chichester or motoring along the M6.

The engine options are good and offer a choice of 2.0 litre and 2.5 litre alternatives. Coupled with the S-Tronic automatic gearbox they make for a very smooth use of power. The only slight minus that you’ll find is that the TT’s relatively hard suspension can make for a bumpy ride on potholed city streets. 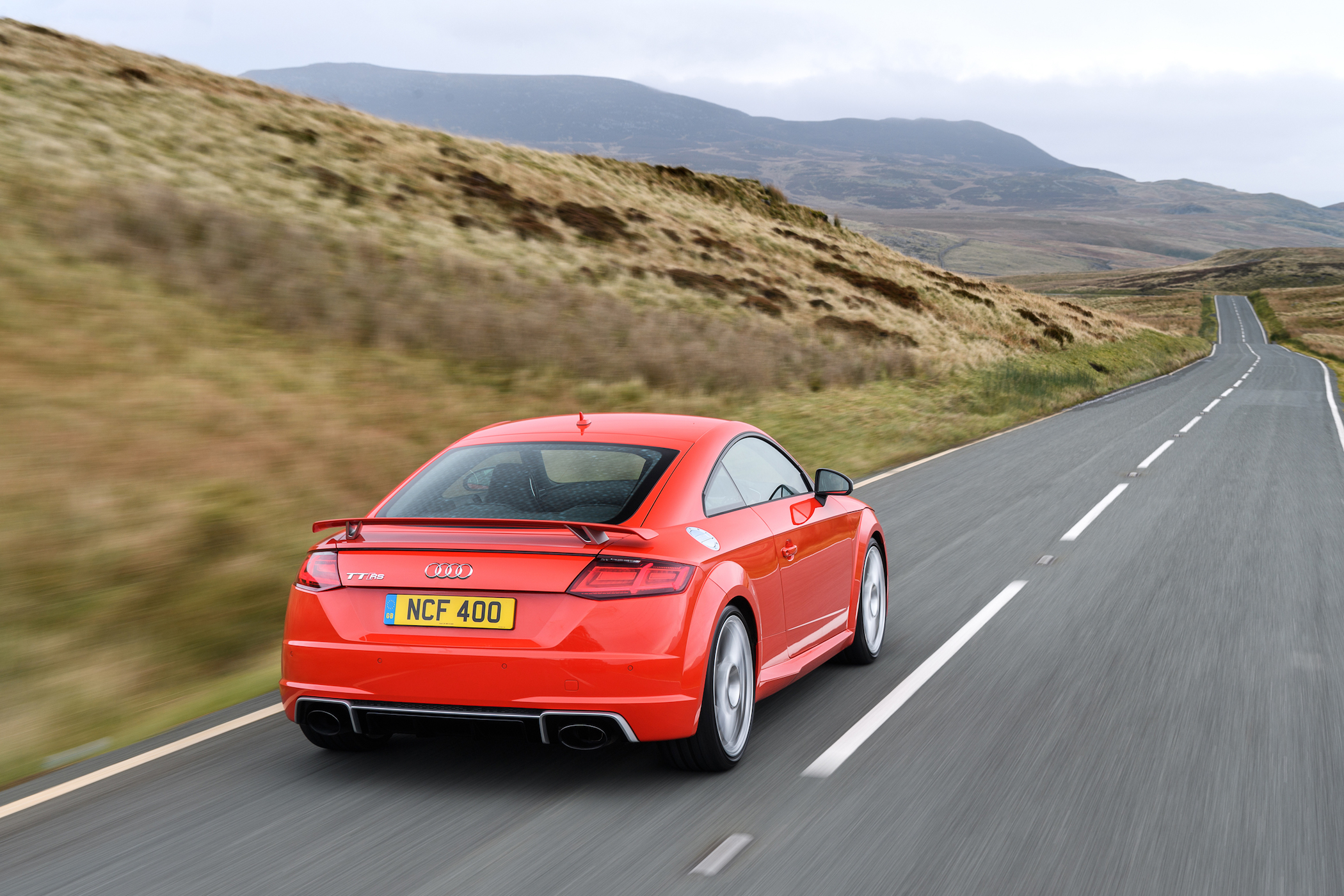 The TT has a lot to live up to – which it does in style.

hen the TT was first launched there was almost as much excitement about its interior design as its exterior. Audi focused on making it minimalist and ever-so-slightly space aged. While it has been gradually refined over time, it has stuck to these basic principles on later models.

One of the biggest changes you’ll find in more recent cars is the replacement of the traditional instruments with a Virtual Cockpit. This is a 12.5 inch screen directly in front of the driver that not only gives all the vital statistics - like speed and revs - it also replaces the more traditional multimedia infotainment screen. This is a neat addition whose only drawback is that it’s impossible for the passenger to use it.

In terms of space, the TT does have rear seats. Though it’s only ever going to be a two-seater – unless you manage to squeeze the kids into the back seats. And even though there are twin Isofix points for child seats provided, you’d have to be quite a contortionist to reach them.

For the passenger and driver, the front the seats are far more comfy than you’ve any right to expect from a sporty car. And the high quality of materials used throughout the interior add more than just a touch of luxury. 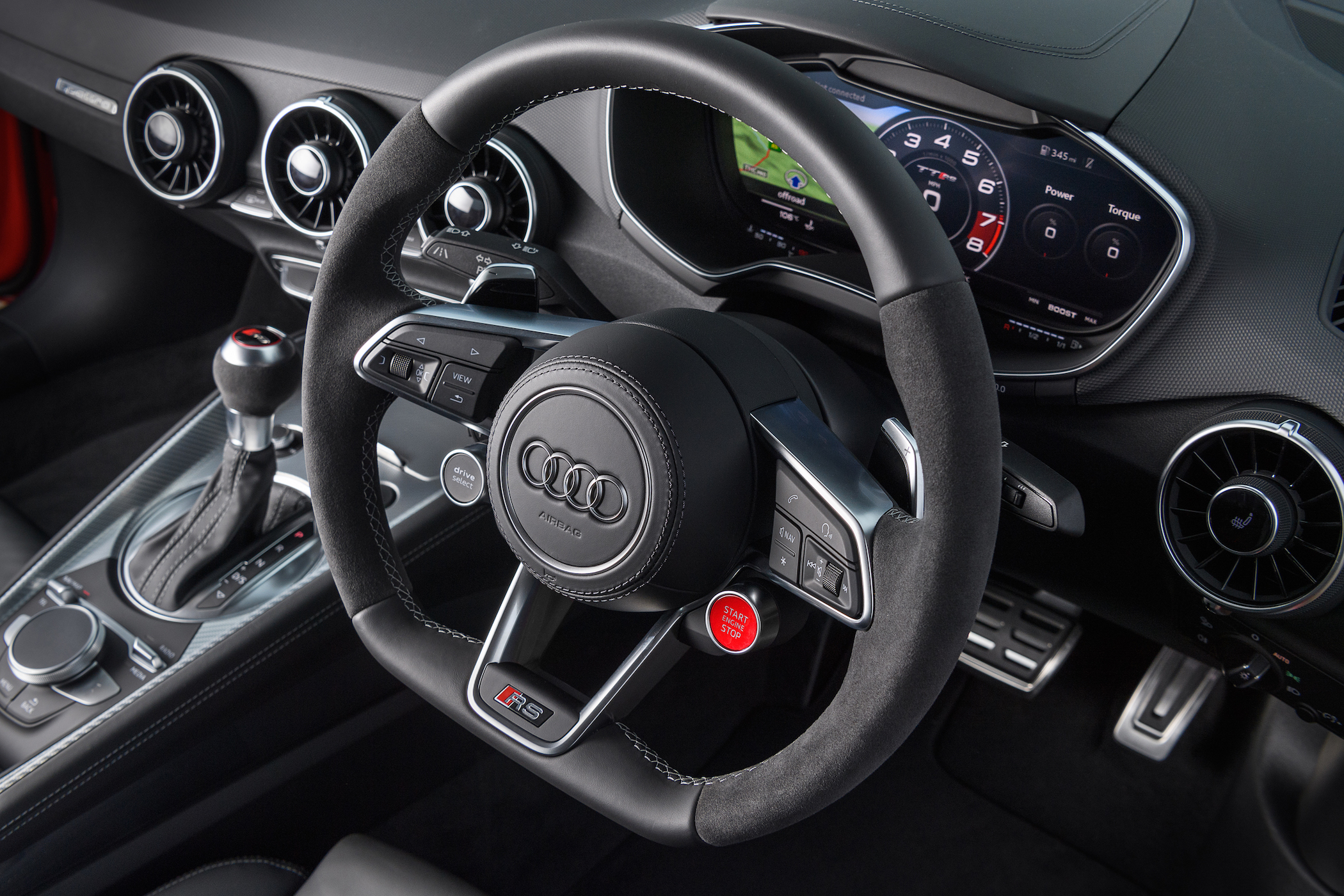 There are two aspects of sporty cars that are virtually a given. The first is that visibility will be limited. The second that there will barely be room for an overnight bag. The TT proves both these assumptions wrong.

The large amount of glass up front means there’s a clear all-round view and the rear parking sensors help keep you from scratching that lovely exterior.

The boot is also surprisingly large with a big hatchback tailgate that opens up wide to fit in far more than you might at first imagine. Think two large suitcases or even that small flatpack side table that at first seemed like an unlikely possibility. 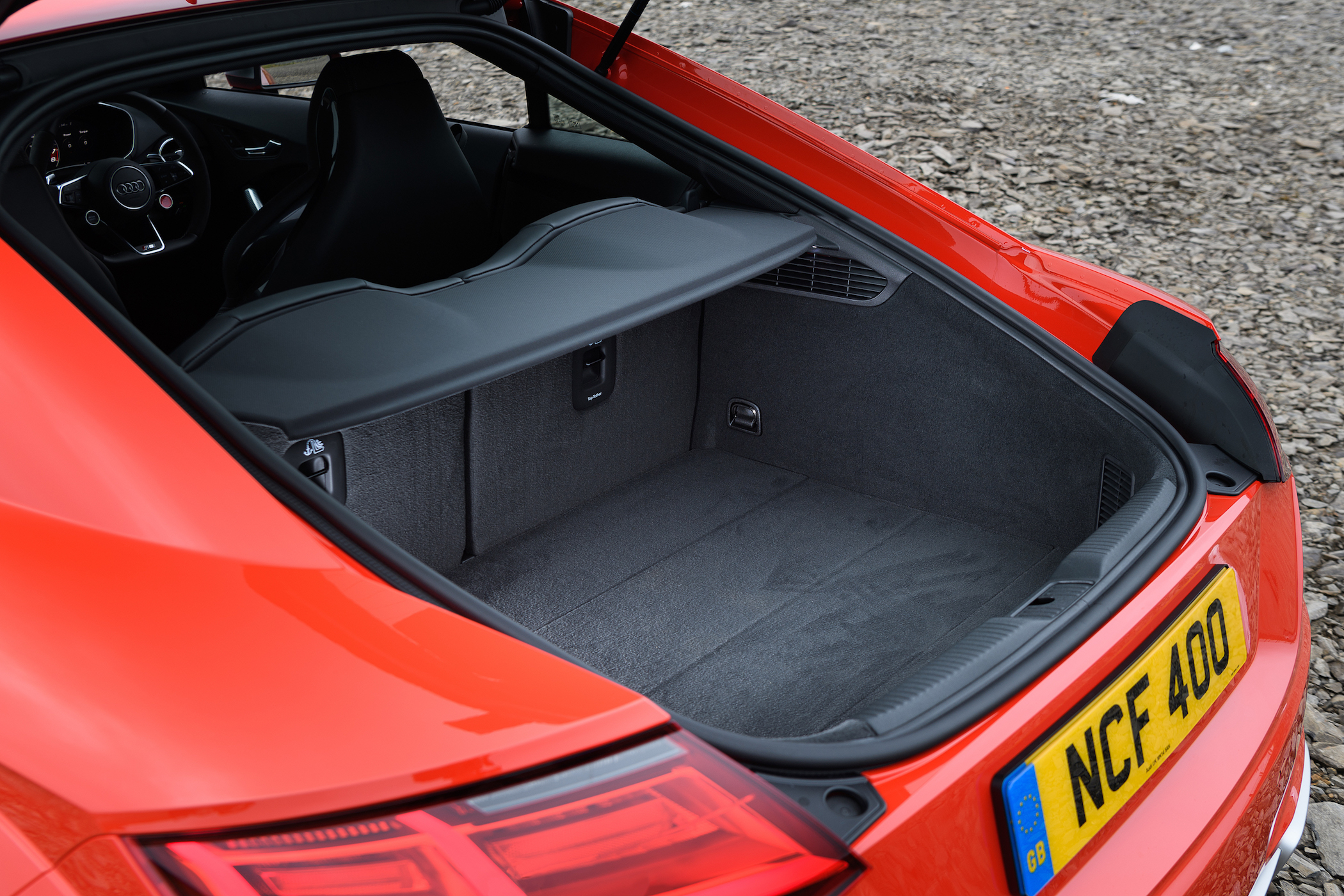 You don’t buy a car like the Audi TT for its fuel economy. You might have a pleasant surprise waiting for you, all the same. The most economical of the 2.0 litre engines will give a reported 46.3 mpg.

Older 1.8 litre engines do slightly better than this at a shade under 48 mpg. If you want to go for the greater power of the 2.5 litre engine the fuel economy’s not likely to go much above 30 mpg.

There really is only one Audi TT. Iconic might be a word that’s used for almost everything these days-in this case it’s the only way to describe the car that’s created a categoryall ofits own. Best of all, it’s a surprisingly affordable way to enjoy stylish sportiness.

What else to consider? Audi TT alternatives

Want something a little different that’s not a TT? You’ve plenty of choice.

There’s no other car on the road quite like the Audi TT. From its appearance to its functionality, it’s excellent. How often does the chance come around to drive a true legend, let alone to own one all for yourself?