While the 911 normally steals Porsche’s sports car limelight and its SUVs, the Cayenne and Macan, dominate the company’s sales, the 718 Cayman sits pretty as an integral component to the firm’s line-up. Alongside its convertible sibling, the 718 Boxster, it is arguably the bread-and-butter sports car of Porsche’s range. Cheaper and therefore more accessible than the 911, and smaller as well, the 718 Cayman isn’t a junior Porsche but rather a brilliant sports car in its own right. As we’ll explain in more detail below… 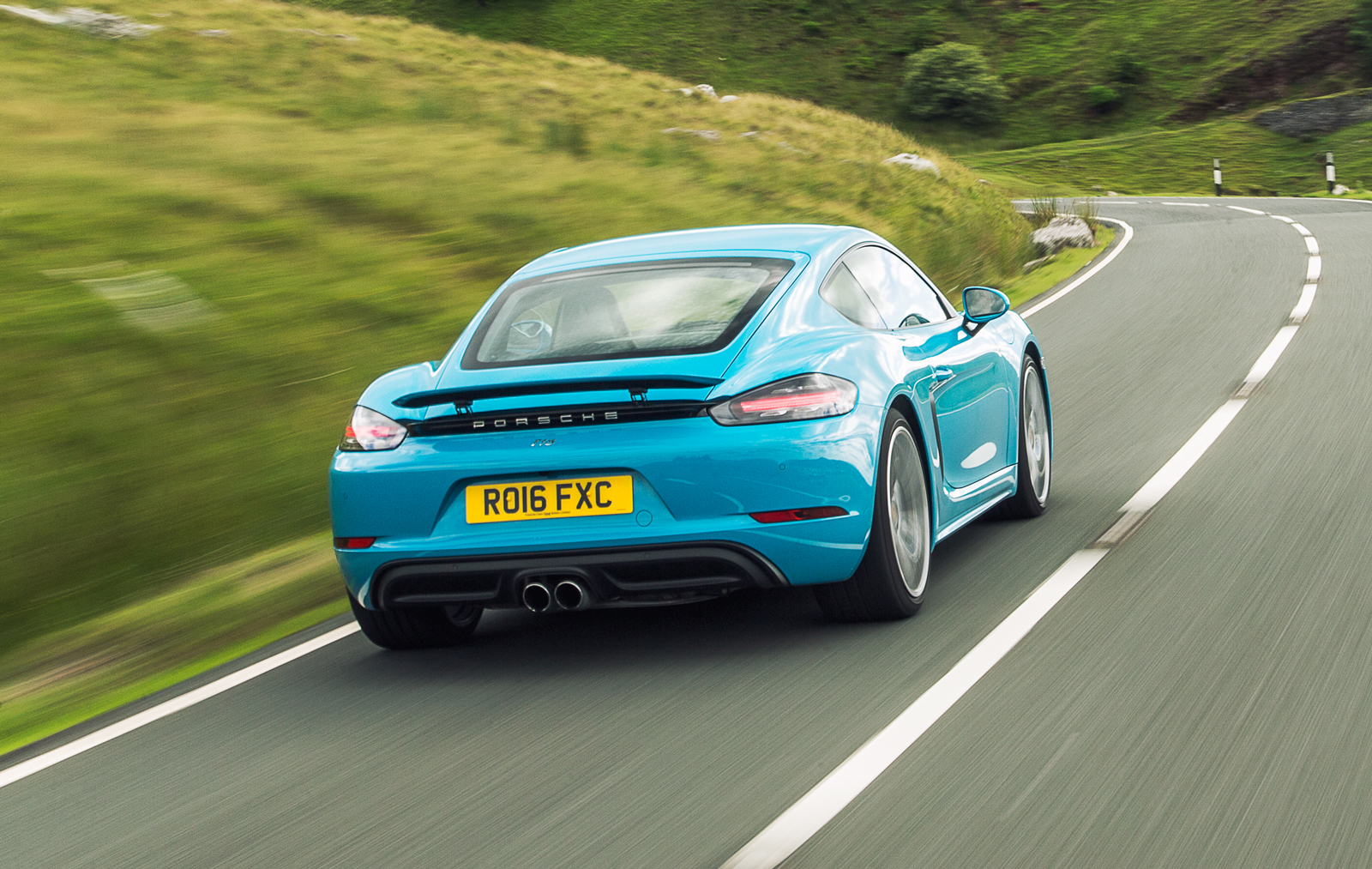 Unlike the bigger 911, which holds its engine in the back where the boot would normally be, the 718 Cayman holds its engine in its centre. The car’s middling engine position (it’s located just over the passengers’ shoulders) means its silhouette can be pleasingly balanced, making the 718 Cayman pleasing on the eye from all angles. The latest version evolves the look with great success, mixing an aerodynamic front profile with a taut back end.

If you go for the normal versions of the 718 Cayman, the design is refreshingly clean and somewhat subtle. But if you go for the most extreme versions of the car, like the track-focused GT4, there’s a big rear wing out back and aerodynamic addenda across the car, to enhance its performance at high speed. It looks more racing car than road machine – and to some people, that’s exactly why they love it.

The 718 Cayman is pleasing on the eye from all angles 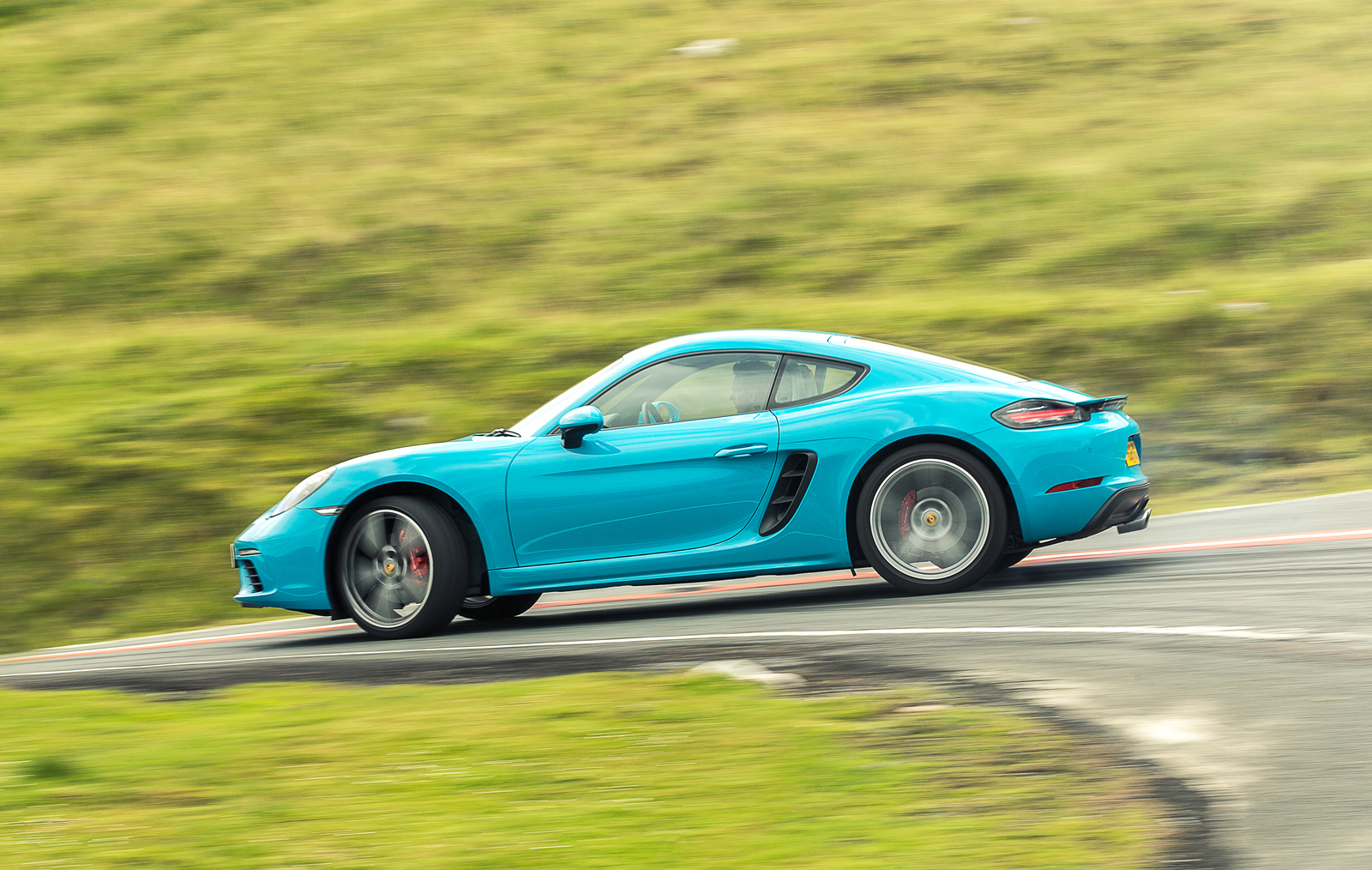 The best thing about the 718 Cayman is that it’s even better to drive than it looks. Thanks to its fairly compact footprint and fast-reacting steering, the Cayman feels wonderfully light on its toes through the bends. Entry-level models use a turbocharged four-cylinder engine, which has lots of muscle low down and a throbbing soundtrack. But the models that make enthusiasts weak at the knees are the six-cylinder Caymans.

These ‘flat-six’ models – called so because of the flat arrangement of their six-cylinder engines – make music as well as power, singing a beautiful note that builds in tandem with the shove they provide. You can get manual or automatic Caymans, with the former the most involving because the shift action is so tactile. While the latter makes life easier for those not so keen on the added workload.

The very top models, like the Cayman GTS 4.0 and the track-focused GT4, offer the very best of Porsche sports car handling. They’re playful, agile and fast, and capable of entertaining at all speeds thanks to the wonderful supply of feedback provided by all controls. The steering is telepathic, the brakes are highly communicative, and the engine feels like it’s tapped into your synapses. It’s motoring nirvana.

The very top models, like the Cayman GTS 4.0 and the track-focused GT4, offer the very best of Porsche sports car handling 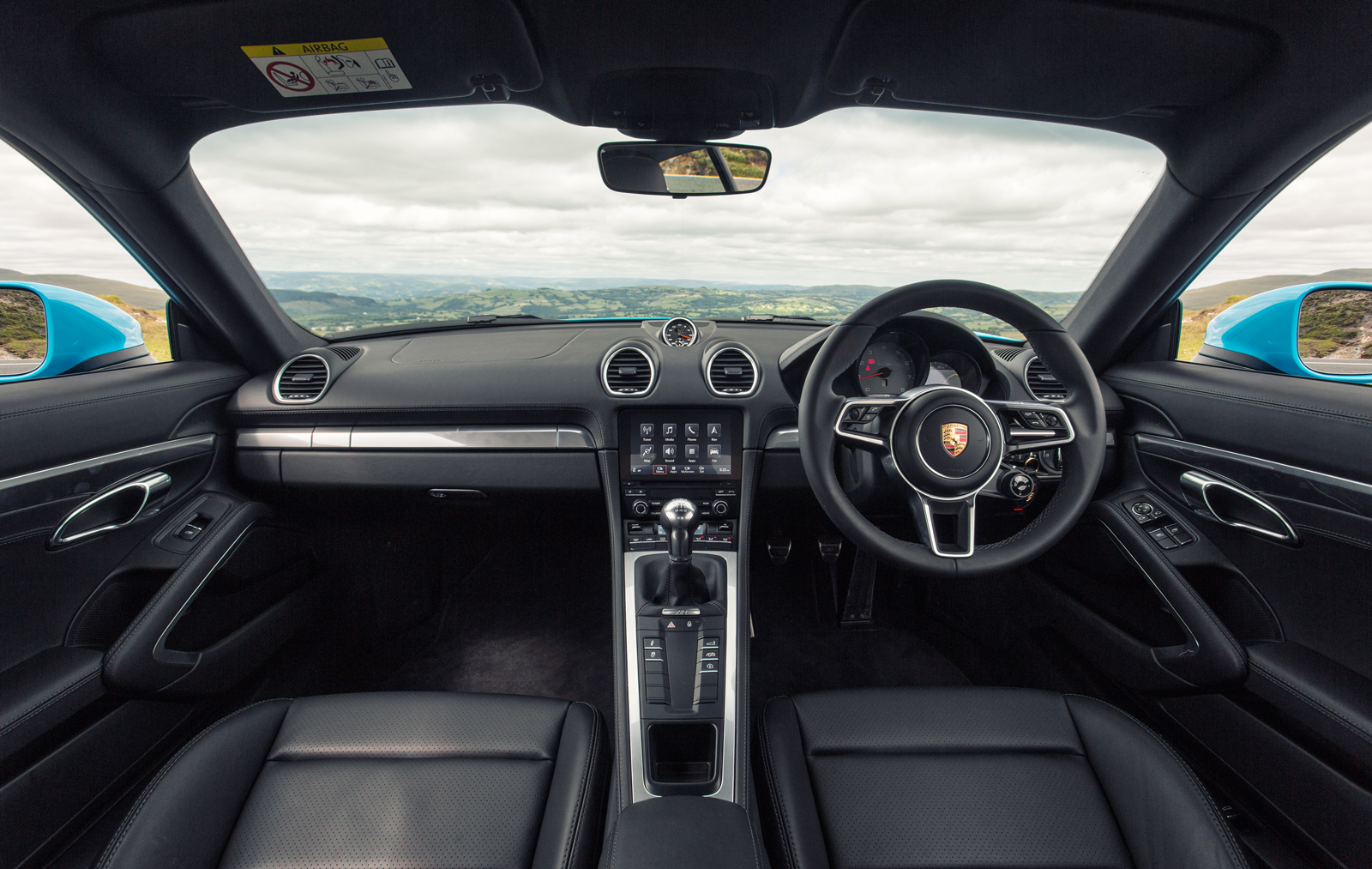 The 718 Cayman is a two-seater sports car so everything is centred around the driver. The seating position is perfect, and the view ahead is framed by the visible wheel arches, which bulge into sight just over the windscreen line. It feels properly racy as a result, but the Cayman is also comfortable thanks to the smartly thought out ergonomics of the cabin.

Take, for example, the switchgear, which is all located in easy reach so anything from changing the radio volume to adjusting the suspension settings can be done with a simple click. You do get a digital infotainment system, but it’s not dominating. In a sports car, that’s a good thing. And you even get a cup holder, hidden until it’s pulled out from above the glove box. The use of space is genius. 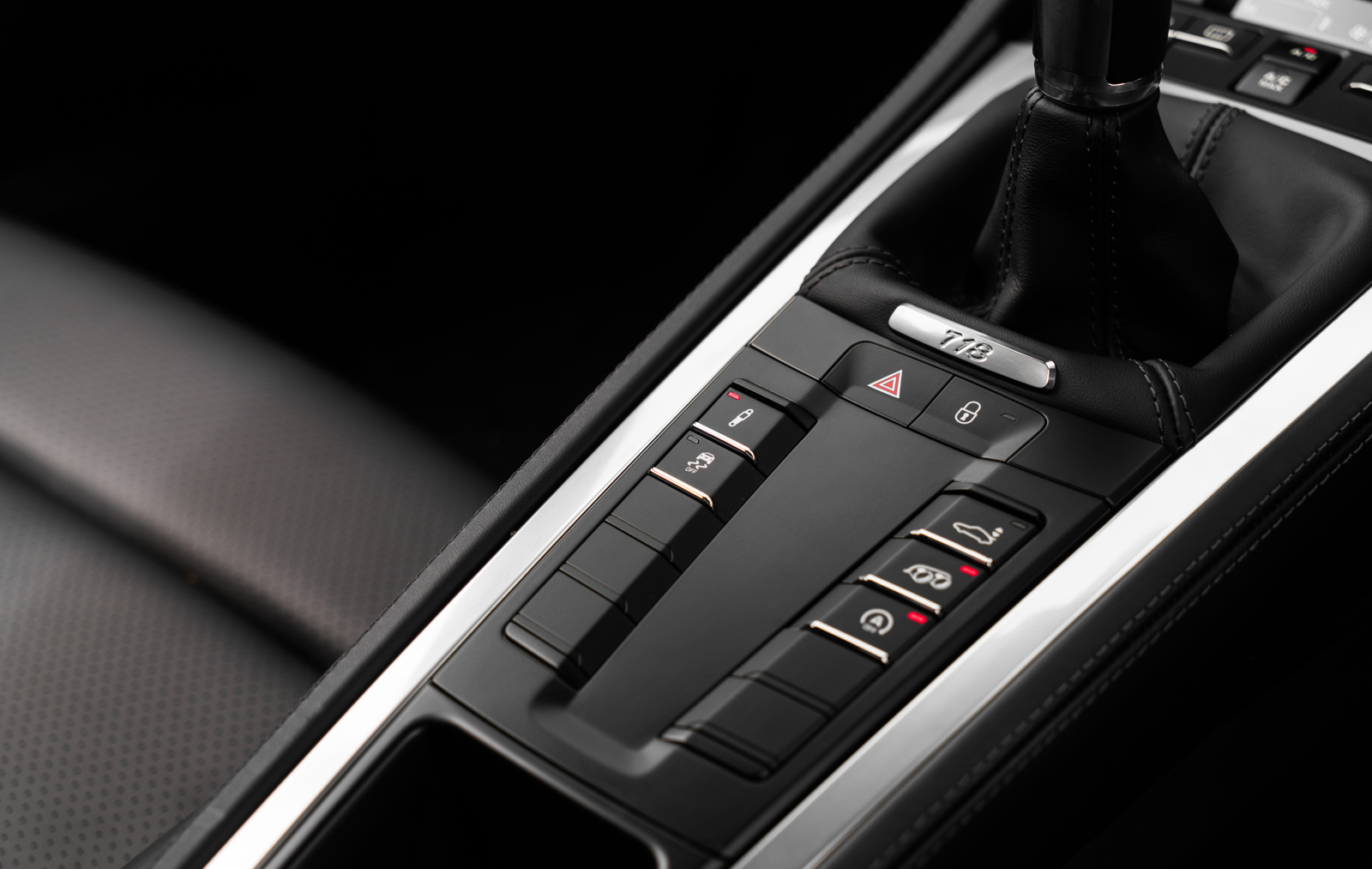 While space in the cabin is naturally limited in space, there are in fact two boots. One at the back of the car, behind the engine, and one under the bonnet, which is vacant. The front boot is larger, able to swallow a medium sized suitcase. While the back boot is best kept for squashable fabric bags. That should be enough even for a weekend getaway, as you’ll only fit two of you in the car… 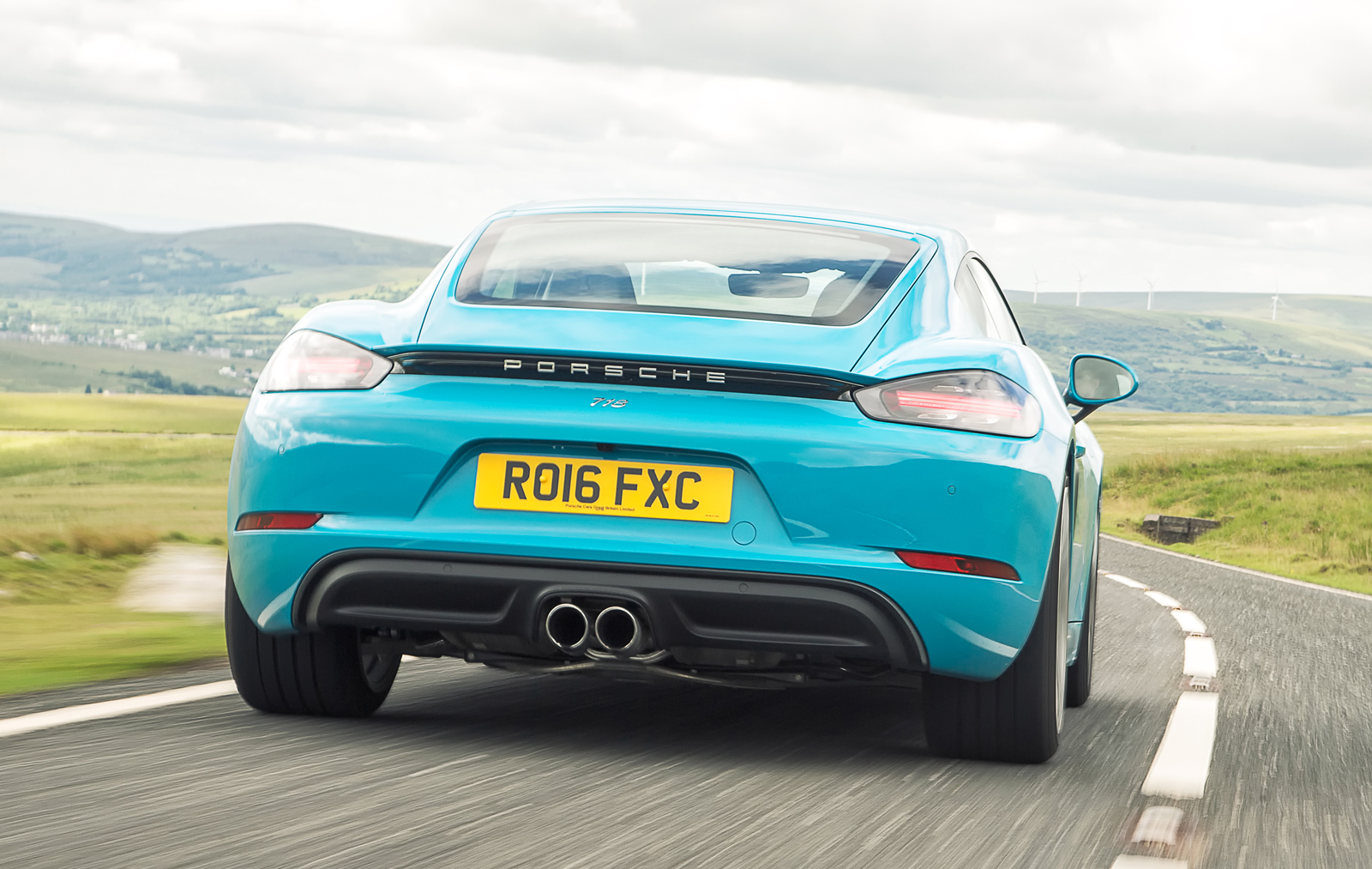 Running costs will very much depend on the Cayman variant you go for. If you opt for the smaller 2.0-litre engine, you’ll see close to 40 miles per gallon on a run. If you opt for the more performance-oriented six-cylinder cars, you’ll get closer to 30mpg. Given the sportiness of this car though, that’s pretty good going. 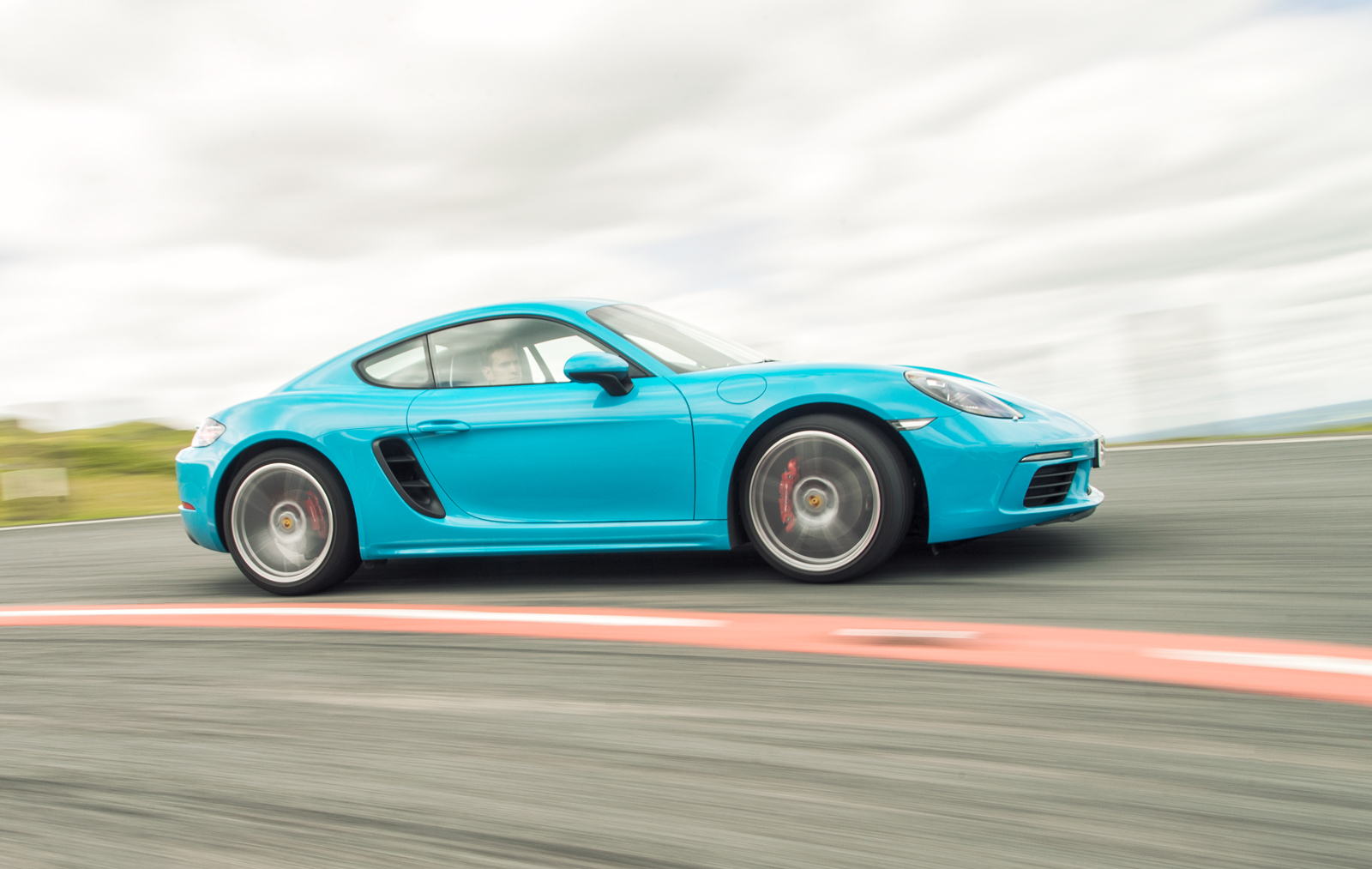 The authentic sports car nature of the Cayman is impossible to not fall for. The six-cylinder cars are the most beguiling, but all versions feel true to the Porsche name with their excellent handling and involving engines. If you haven’t guessed already, we’re genuinely in love.

If you’re after an authentic sports car experience in beautifully engineered car with great handling, you need not look any further than the Porsche Cayman. That is, unless you want a convertible, in which case the equally as brilliant Porsche 718 Boxster is there to serve you.