Range anxiety and charging times are two common concerns for those not yet won over by the prospect of electric car ownership. But electric cars (or EVs, as we’ll call them) have come on leaps and bounds in recent years, and no clearer is that than on Britain’s roads, where 8.2% of new car sales have been for battery electric vehicles (BEVs) in the year-to-date. That’s 85,032 new BEVs on UK roads since 2021 began, and surely most of their owners can’t be lying awake all night at the prospect of flat batteries and humungous charge times. Can they?

Handily for us, the launch of Audi’s new e-tron GT, a sleeker, sportier sibling to its popular e-tron SUV, provided an opportunity to really put an EV to the test in a challenging scenario. Picking up one in Inverness and embarking on a 600-mile journey to London in a 24-hour window certainly seemed a daunting enough prospect, and that’s before we’d considered any unforeseen range or charging issues. A large amount of the journey would be down squiggly, rural Scottish routes not exactly bustling with service stations or e-ready car parks.

At least the e-tron GT is a fine companion for such a significant journey. Sharing much of its technical make-up with the Taycan from Audi sister brand, Porsche, there’s a proven battery-powered recipe within this saloon’s panels. And it looks superb, too, with a dramatic exterior and tech-fest interior that leaves you feeling all smug about its zero—emissions-from-the-tailpipe status. That’s all well and good, but few people take issue with EV car design these days, so let’s get to the main cause for conversation: range. 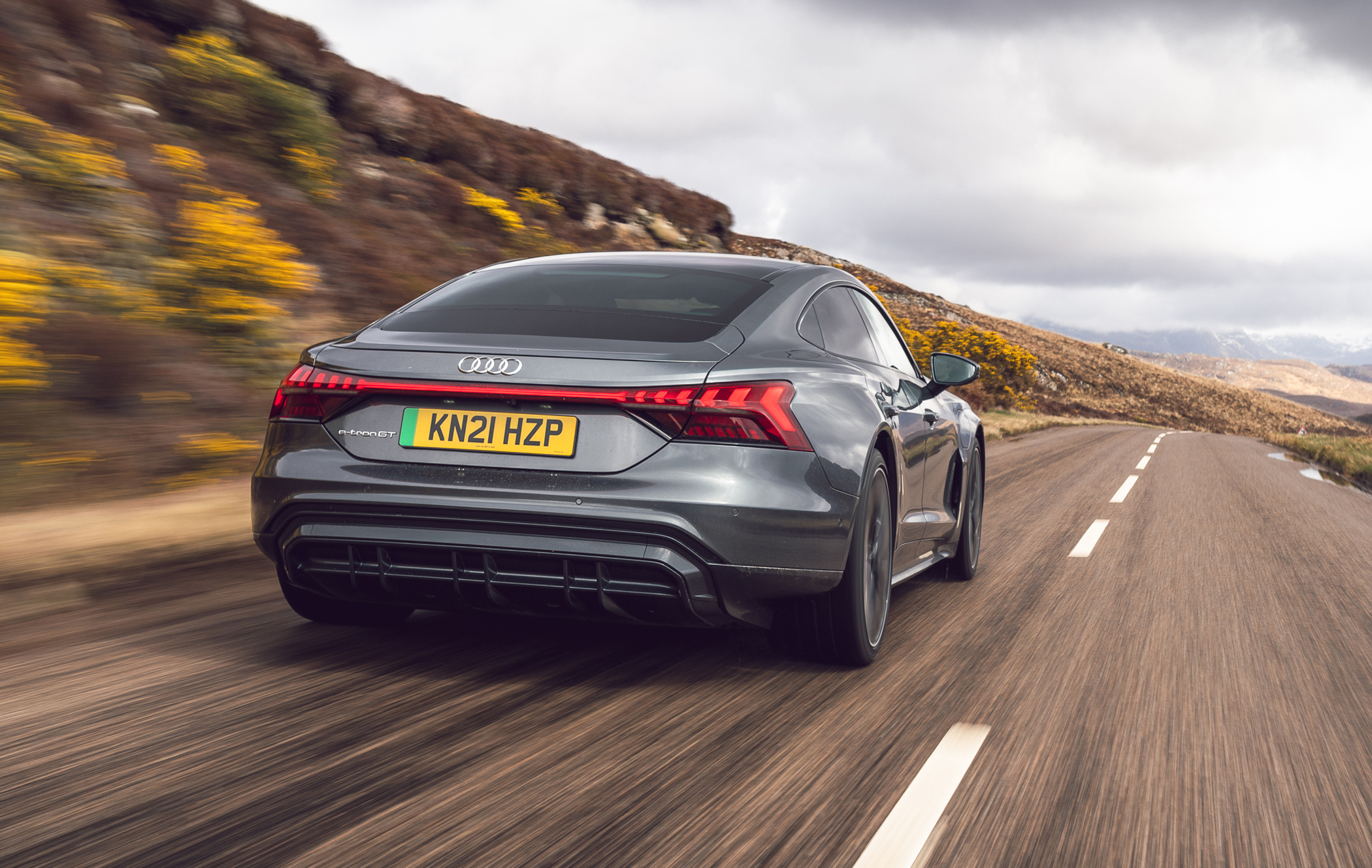 The number displayed on the dash as we departed Inverness was 204 miles, some way off the e-tron GT’s claimed 280-mile capability. Much of this, we’re told, is to do with the newness of the machine – it’s not been used enough yet for the battery to reach its full potential. This is commonplace in the world of EVs, so we won’t dwell on it for long. Instead, it was pleasing to note the car’s predictions for mileage in the tank – sorry, battery – were, at the very least, realistic. On some stretches, we actually watched the range counter tick down at a slower rate than the milometer ticked up. We were ‘gaining’ miles of range.

That means we felt confident – not anxious – in trusting the initial 204-mile estimate, and noted that a fast charger was indeed well within range in Glasgow. We could enjoy the sights of the Highlands, Loch Ness and more of Scotland’s stunning landscapes in comfort without any concern, driving as you would any other car and occasionally making full use of the e-tron GT’s 476hp muscle. Doing so did knock a mile off the range quicker than normal, but you soon earned it back with some sensible miles to follow. It sort of became a game, but – key to its enjoyment factor – at no point did it feel like you were losing.

Our first challenge came with our arrival at the nominated Glasgow fast charger. It’s a fast charger by UK standards, but at 50kW, it’s not really that fast and charged at a fraction of the e-tron GT’s 350kW maximum capability. In order to give the car any meaningful extra range – which at this point was down to about 30 miles – we had to take a long lunch break. Two hours long, to be truthful. With that, we had over 100 miles in the battery, enough to get us to a proper fast charger, spotted by Audi’s charger-aware satnav, south of the border. If we left the car on overnight with this plug, the full charge would have only cost £8. Not bad. 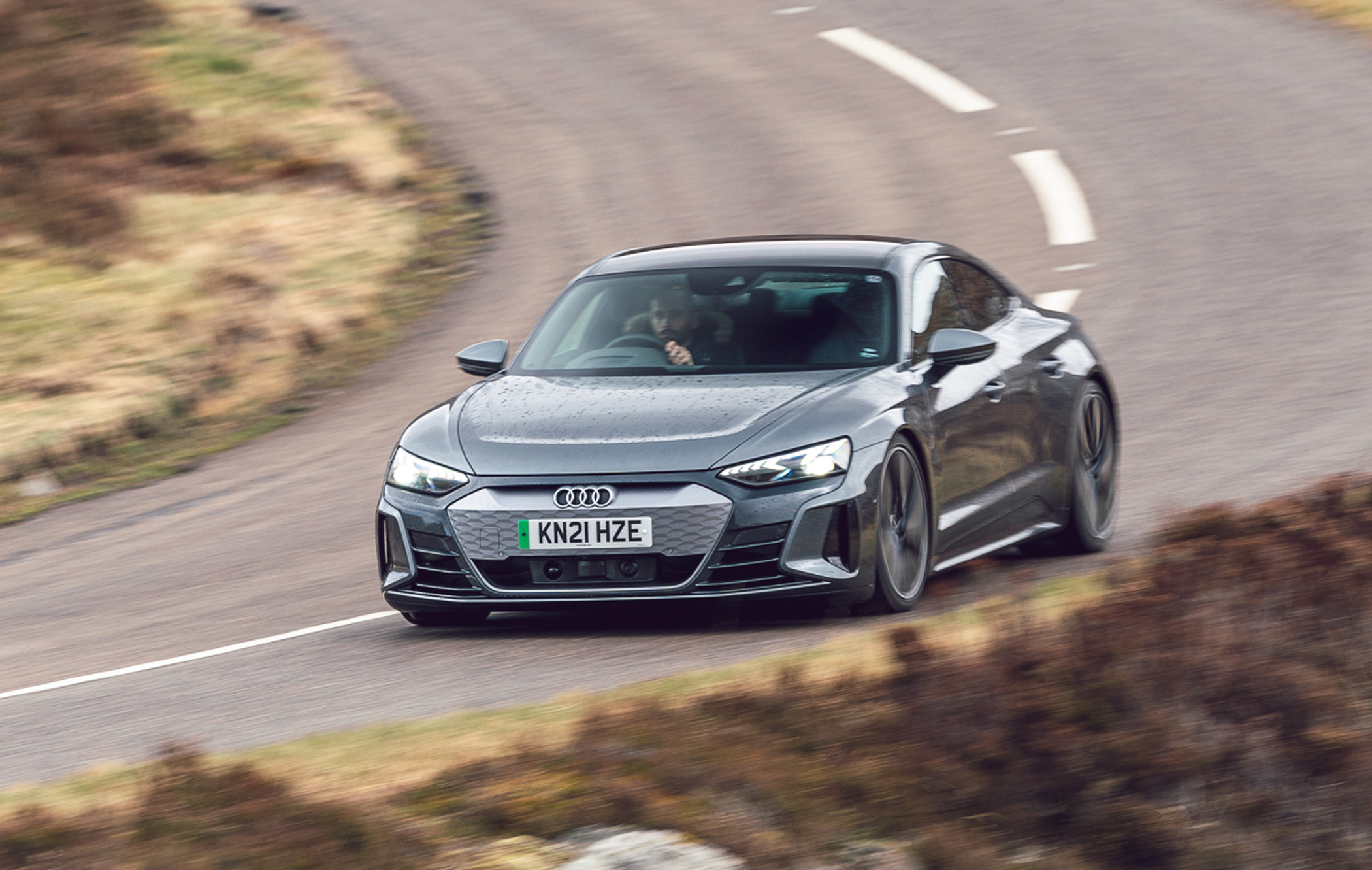 This is where any long journeys could potentially become annoying. Having to leapfrog from genuinely fast charger (ie. 350kW) to another is inevitably challenging on a journey this long, although it is also true that the UK’s main motorway corridors are far better served. Two 350kW chargers were within 200 miles of each other from here on, providing the Audi enough range and its driver with sub-40-min charge times to wait on. Since these were motorway chargers, prices were about £60 per charge, but that’s still about £30 less than it’d cost to fill up an equivalent 400hp-plus petrol car. Although it should be said that we had an overnight stay in the middle of that, so it didn’t feel all too bad at all. Arriving back in London, we felt fresh. Much was to do with the loveliness of the Audi.

Clearly, then, there are some extra challenges to embracing EV ownership, but they’re not at all significant if you’re happy to think a little more about some (mostly rather sensible) stop offs. And anyway, a Tesla Model S Long Range has 379 miles of potential range, so if we booked into a hotel with a charger for our overnight stop (ours didn’t have one), using one of those would have theoretically made it possible to do that journey without charging en route. Handily, cinch has several Teslas – including some dual-motor Model Ss – in stock right now. We’ve a similar number of Audi e-tron SUVs ready to go, as well. So there’s little to stop you from jumping on the EV bandwagon.

That said, we appreciate that not everyone is ready to make the move to electric vehicle ownership, and with plenty of fantastic hybrids out there, you might think it wiser to take a half step, first. Of course, there are also still a very large number of fully petrol and diesel cars out there that let you carry on driving as you always have done, but embrace the latest in engine technology to save fuel and potentially reduce CO2 emissions. If anything, it’s clear that right now, we’re living in a time of great automotive variety – and for a budding buyer perusing cinch’s stock, that can only be a good thing. So, the only question is, what fuel type will you go for? 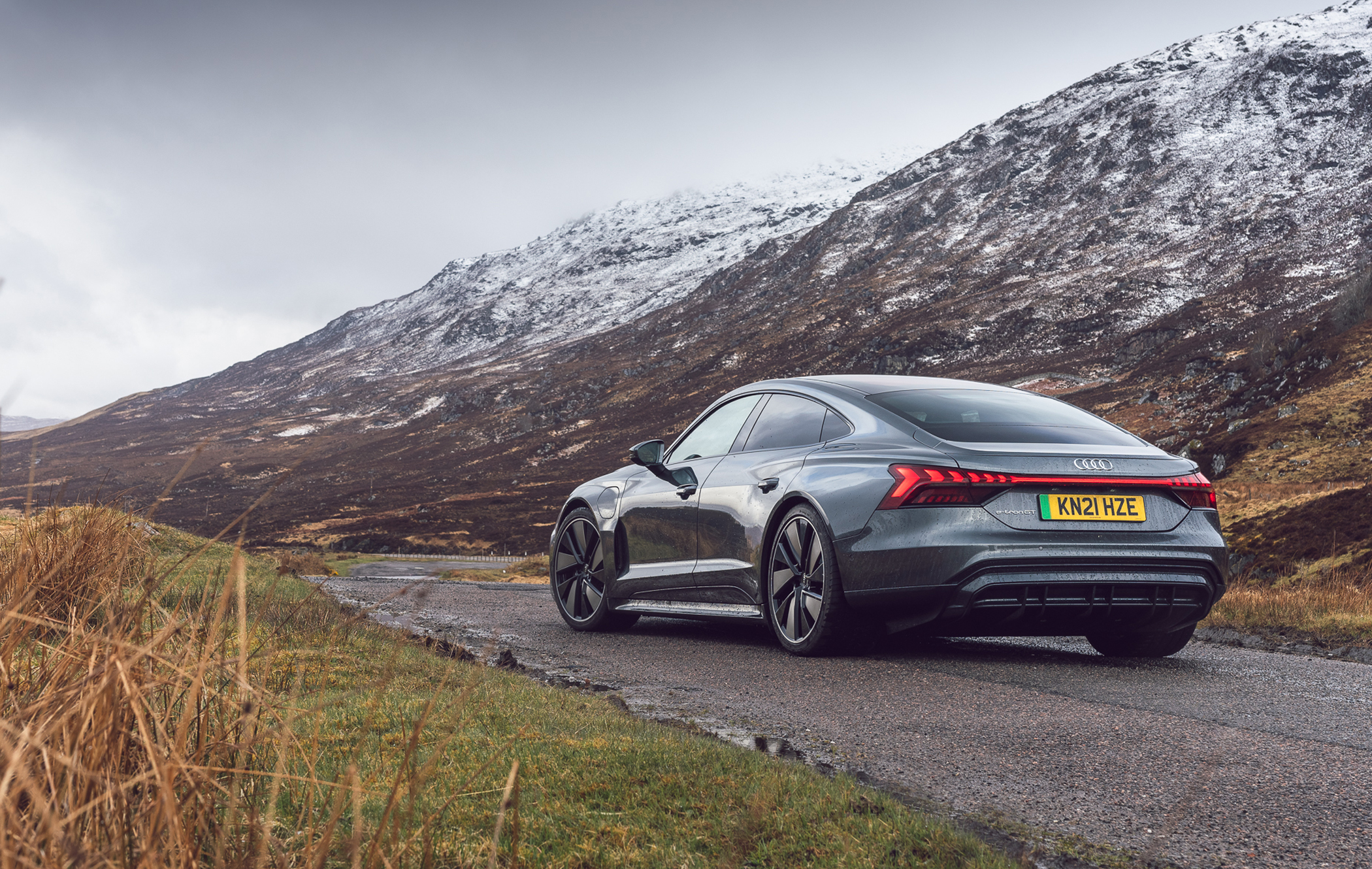 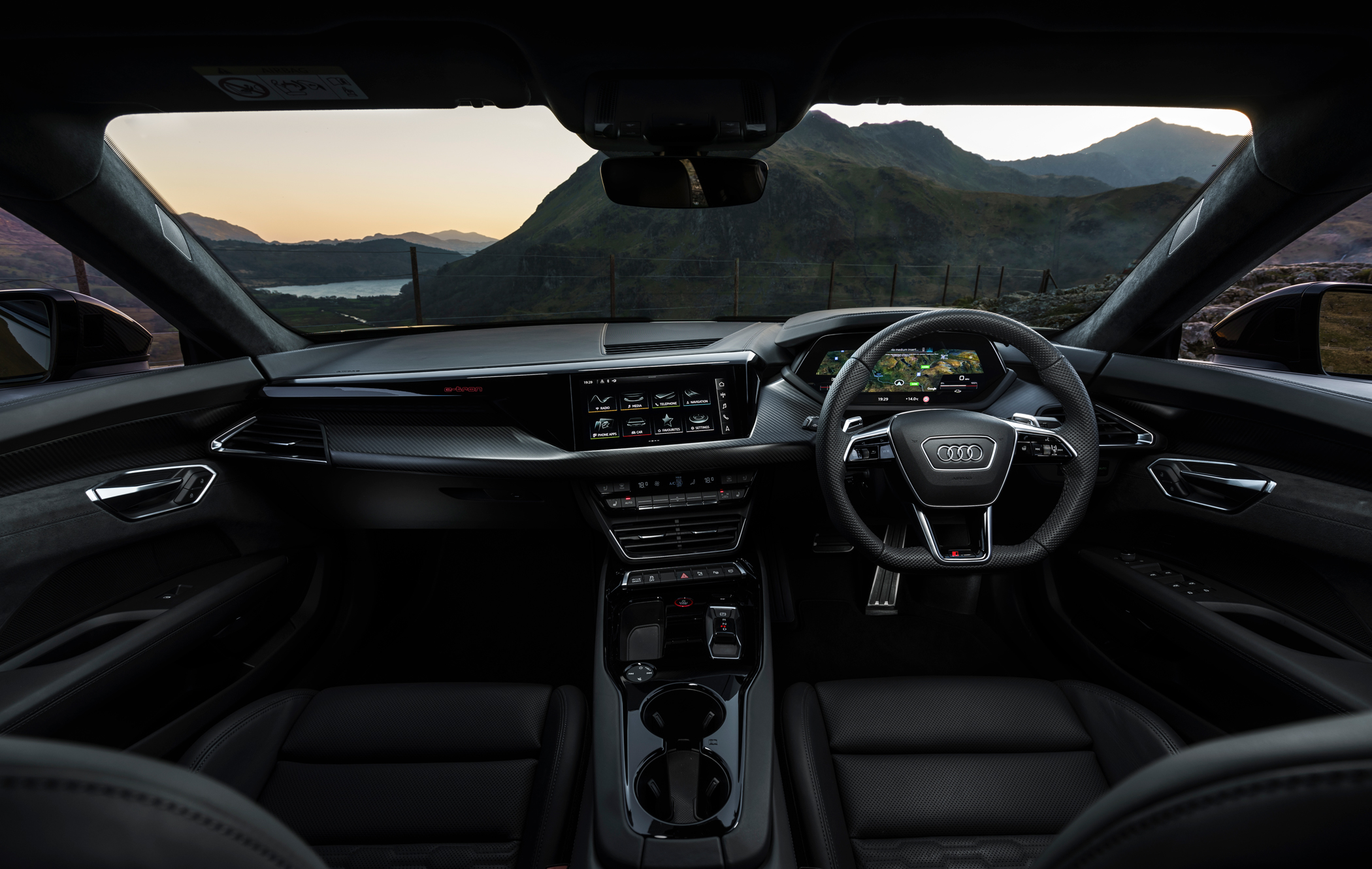 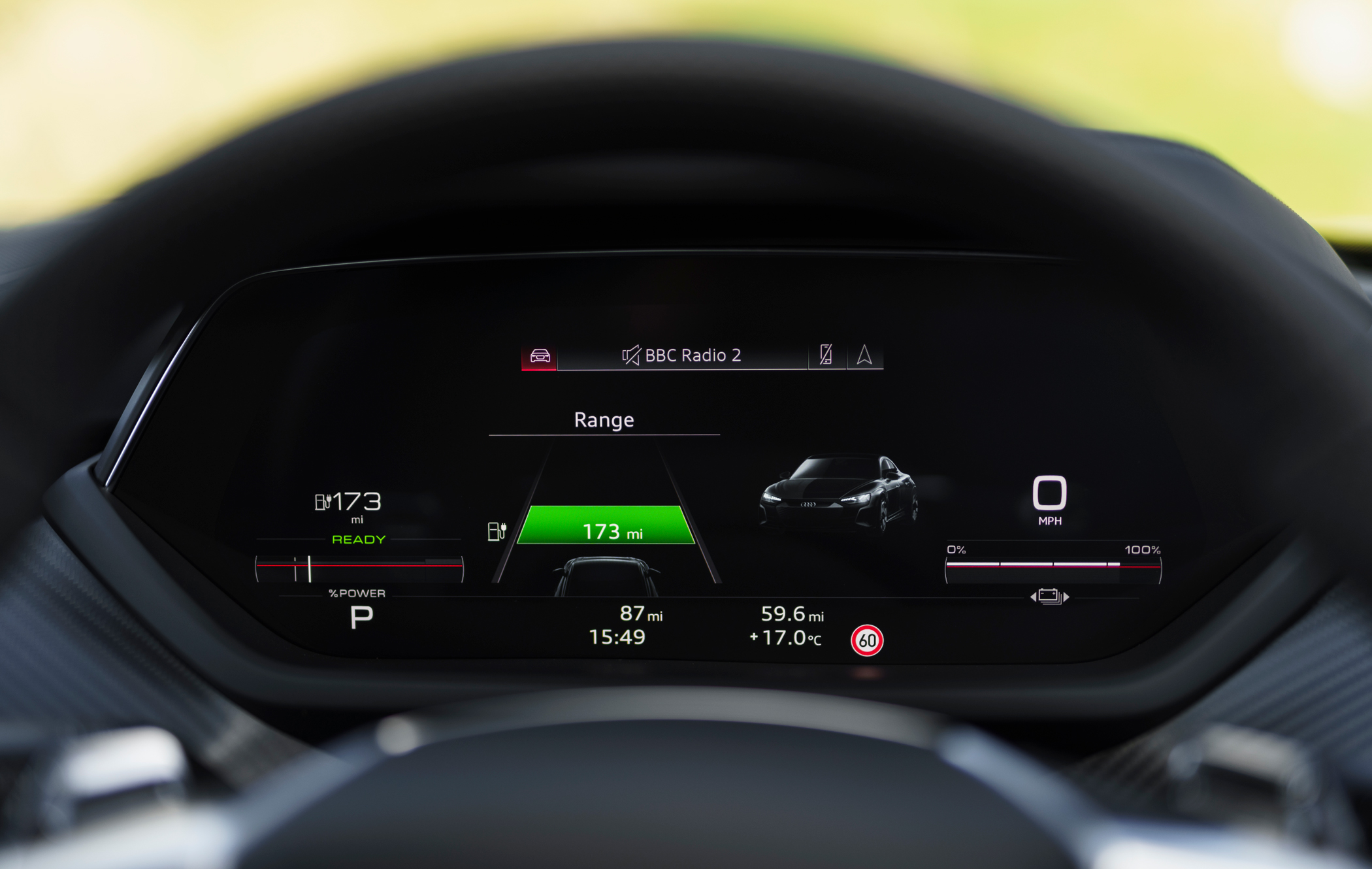