The Volvo V40 is a car designed to do all the mundane things in life, while making you feel a little bit special while doing so. It has an upmarket look, efficient engines and a classy, high-quality interior. And of course, it has that Scandinavian-chic Volvo badge. Runs to the trip never looked so good.

The Volvo V40 was launched as part of the Swedish company’s drive to become more mainstream. This means that it still has the company’s traditional styling cues of prominent grille with large Volvo badge, and the stacked lights at either side of the rear hatchback. Yet, it also adds alloy wheels and a subtle tailgate spoiler. On some models there’s splashes of chrome trim here and there on the grille and window surrounds.

There is also a sportier R Design trim that brings a slightly more aggressive bodykit at the front and rear, plus more black trims and larger-diameter alloy wheels. Later cars also have the ‘Thor’s Hammer’ headlight treatment, which looks cool and modern.

In a bid to tag on to the growing demand for SUVs, Volvo also released the V40 as a pseudo off-road model, called the XC40, which had slightly raised suspension and protective body panels. 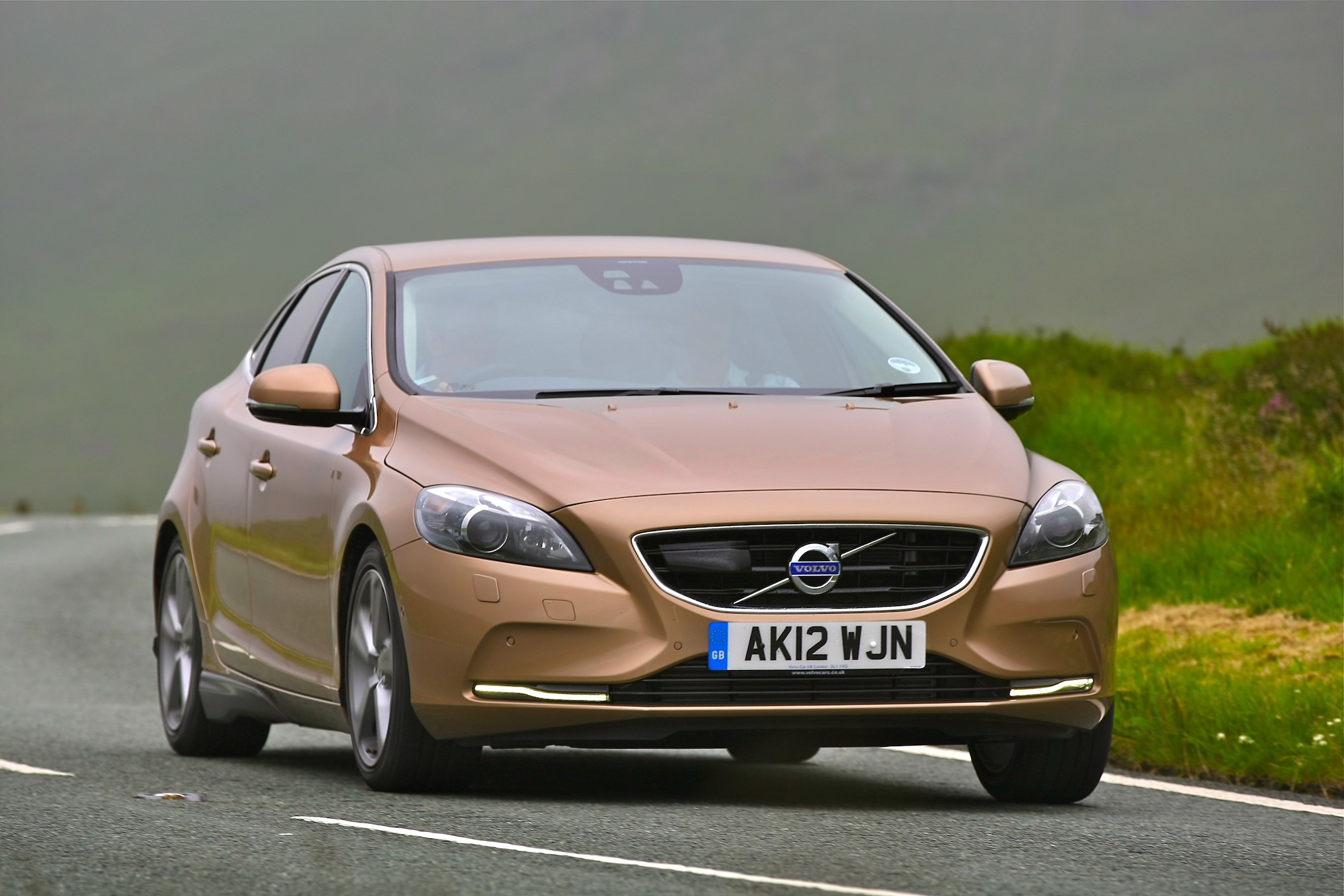 It still has the company’s traditional styling cues of prominent grille with large Volvo badge,

The Volvo V40 has a vast range of engines to choose from – all good to drive. The best option for higher-mileage drivers is undoubtedly the D2 2.0-litre diesel, which makes the V40 reasonably flight of foot and treats fuel pumps like it has an allergy to them.

If shorter journeys are more your bag then the T3 2.0-litre turbocharged petrol is the way to go. It gives the V40 plenty of zip around town and isn’t that much thirstier than the diesel. Win-win.

The 6-speed manual gearbox is perfectly fine, being both light and pretty accurate. Just be aware that the clutch can take a little getting used to on some models. The steering is light and accurate and the handling is faithful, even if it isn’t quite as much as the Ford Focus on which it’s based. 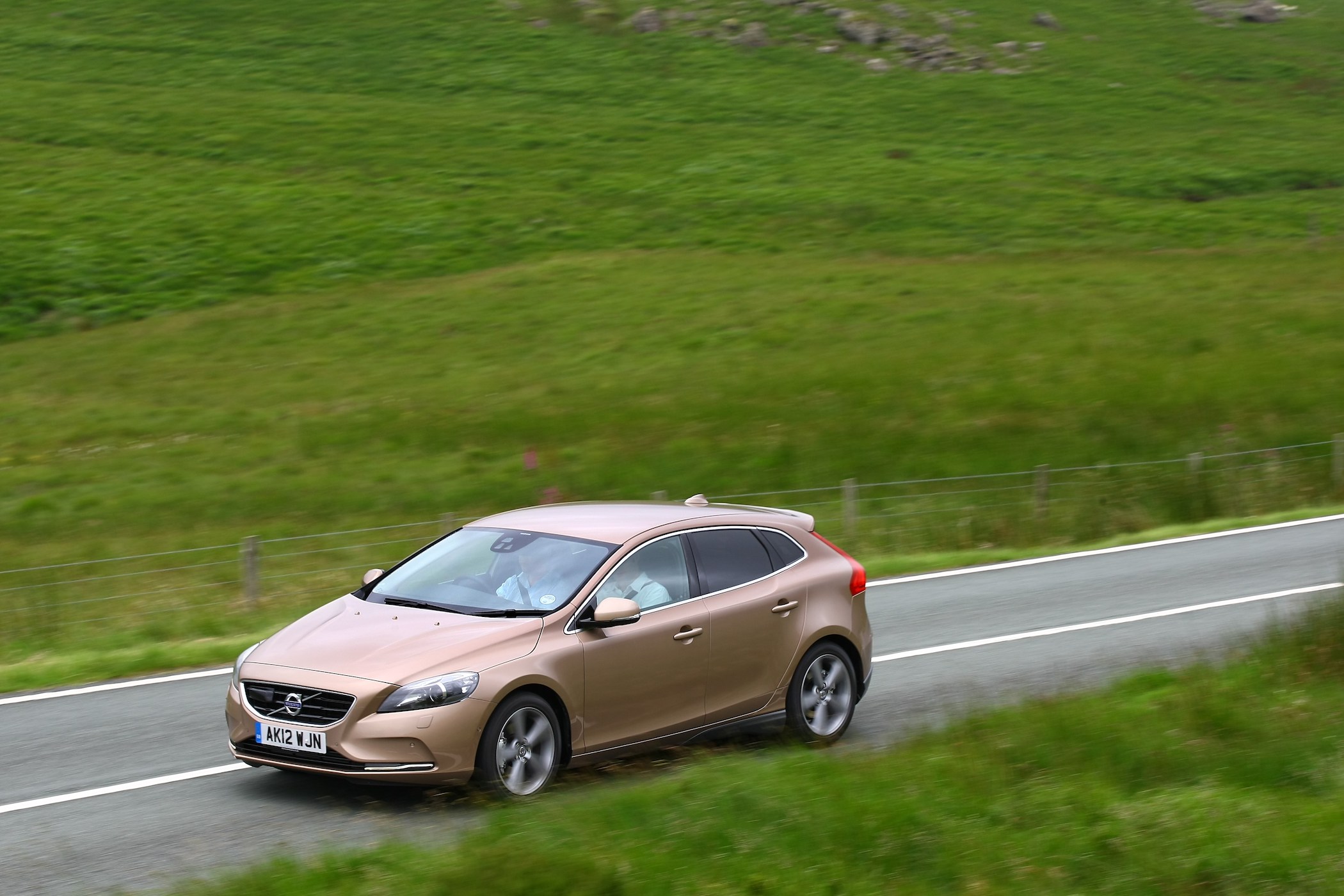 The steering is light and accurate and the handling is faithful.

If you’re a fan of buttons (the ones you press, not the ones you use to fasten your shirt), you’ll love the Volvo V40 because it has loads. These can look slightly intimidating at first. Once you’re used to the layout, it’s simple to operate. Better still, you can adjust the temperature simply by turning a dial, instead of having to go in through an array of distracting touchscreen menus.

The dashboard itself looks seriously classy, with beautiful materials that feel great to touch. The top of the dashboard is made of a nice yielding plastic and even the trims used lower down are of a high standard. All the switches, dials and levers operate with a consistent precision. The instruments ahead of the driver look neat, with a large central display that shows everything you need. Volvo has thought how drivers actually drive. 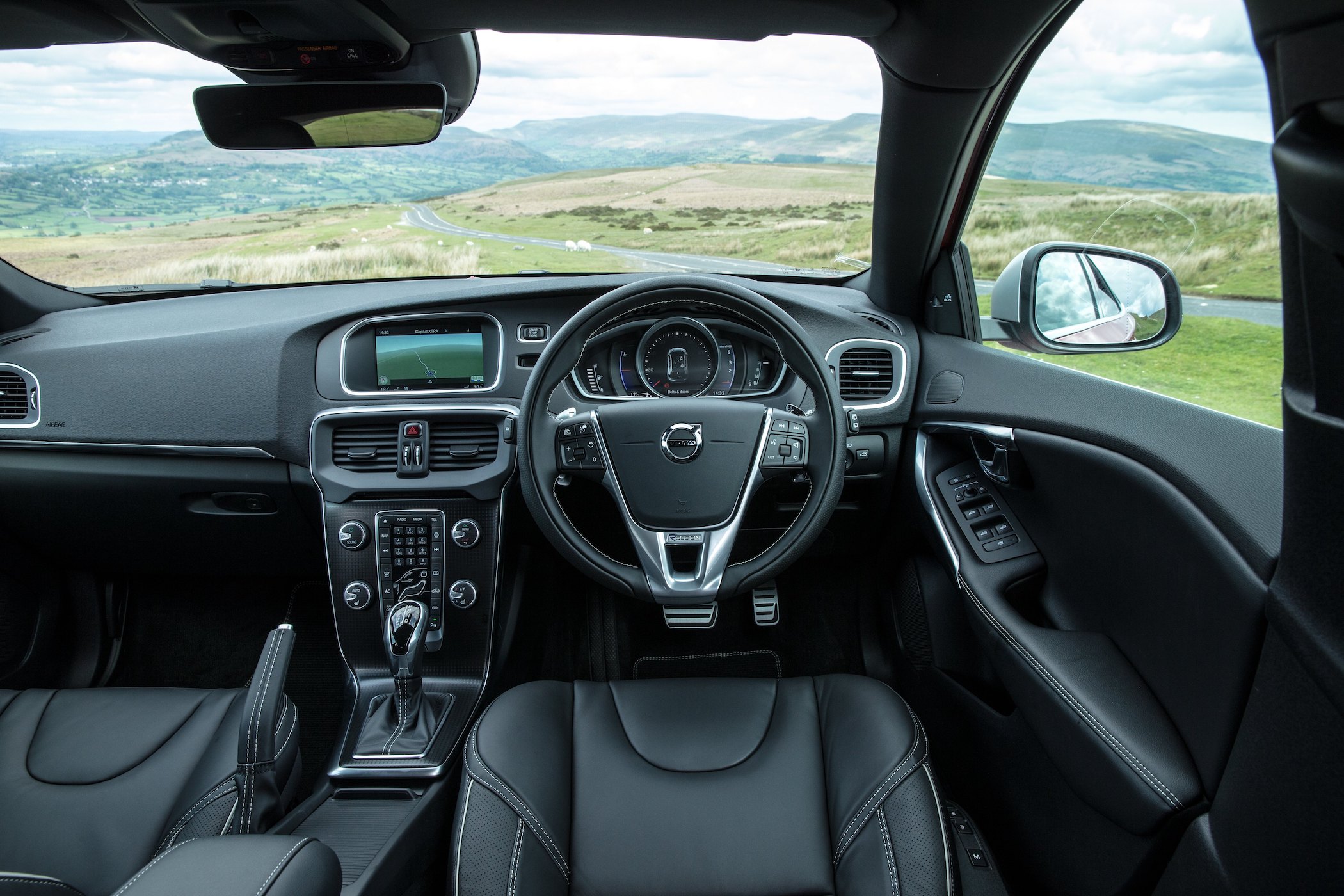 As you’d expect in a Volvo, the seats are wonderfully comfortable, and on higher-spec models these are available with electric adjustment, which allows you to set your driving position just-so.

There aren’t many cars that feel a lot classier than the V40, with only the Audi A3 or BMW 1 Series being serious contenders. Of course, being a Volvo, the V40 comes with more airbags than a balloon factory, including one that pops out from the trailing edge of the bonnet to stop pedestrians from hitting the windscreen. Very conscientious.

Space up front is very good indeed. If you regularly carry tall passengers in the rear seat, make sure they’re comfortable enough back there as space isn’t a premium.

It’s fair to say the Audi A3, BMW 1-Series and Mercedes A-Class have bigger boot capacities. If you don’t need to take everything you own every time you go out, the Volvo will be fine. It’s certainly big enough to cope with a weekly family shop.

Better still, you need only press a button at each end of the rear seatback and the 60/40 split rear seat will fold down and leave a completely flat load area. There’s a bit of a lip to lift things over but it’s easy enough to live with. 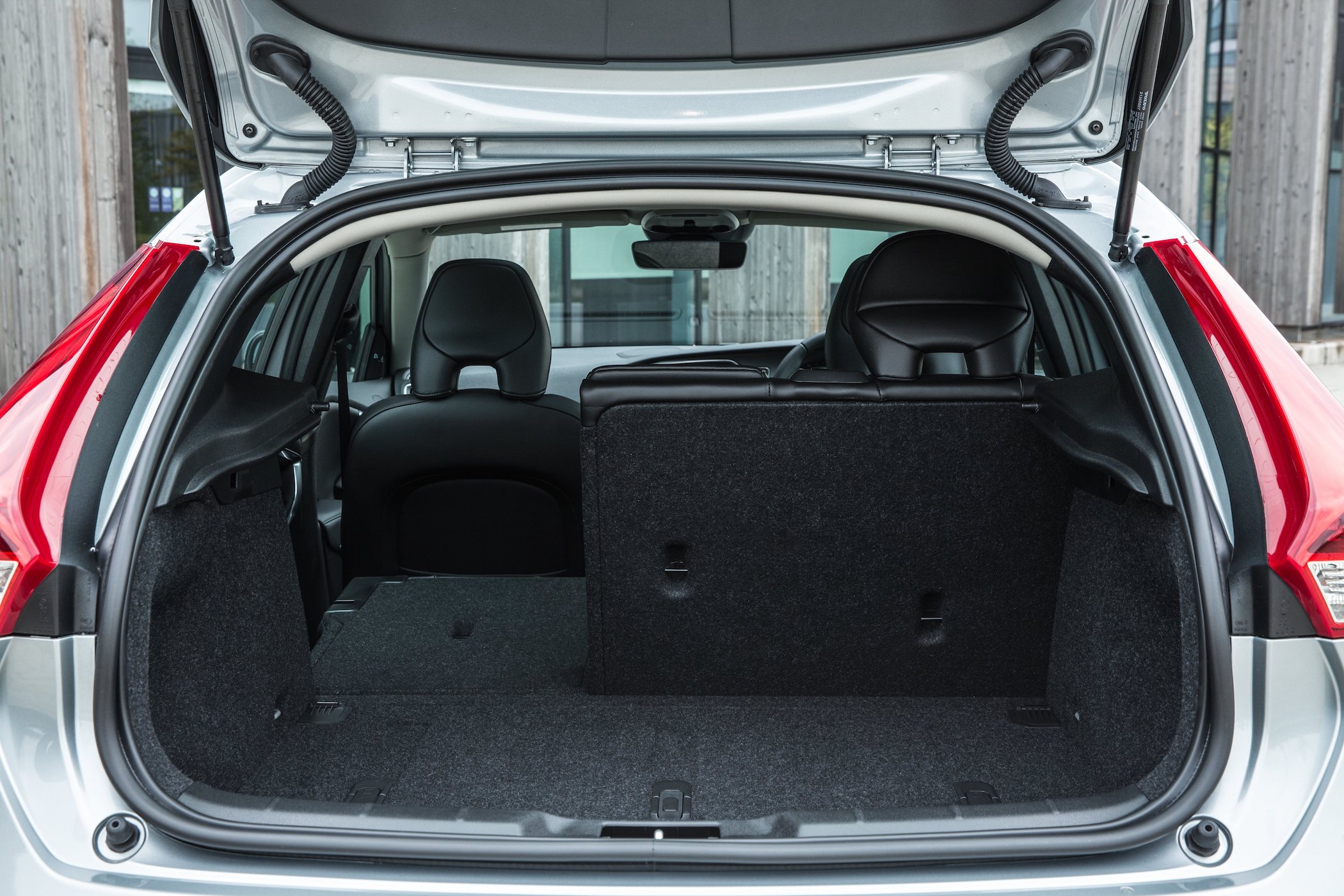 You simply cannot quibble with an official economy figure that starts with a 7, especially if that car is still capable of taking you and 4 friends a long way in decent comfort. And that’s exactly what the V40 D2 does.

The 2.0-litre petrol engine in the T5 not only gives the car some proper sip, it will also manage an official average of 47.9mpg, which translates into quite a lot in the real world.

The Volvo brand is known for being reliable, and that magic dust has been liberally sprinkled on the V0, which regularly performs well in reliability surveys.

We really like the way the Volvo V40 blends sleek looks with perfectly workable practicality and low running costs. That neat-looking interior is also filled with the sort of equipment to make your life easier and make you feel good about it.

There’s no shortage of rivals for the Volvo V40, so be sure to check out the fellow posh-badge adversaries:

The Volvo V40 pretty much has it all.It drives well, it has sleek attractive styling, it’s safe and it has loads of standard equipment. Volvos are known for being reliable with great customer back-up, too. Can’t argue with that.