The S-Max MPV offers much of the same 7-seat practicality as the larger Ford Galaxy. Yet it’s wrapped up in a much sleeker, sportier-looking package that promises to be interesting to drive. That you can transport family and friends in total comfort and style is proof that people-carriers don't have to be boring anymore.

One look at the Ford S-Max is all you need to know that this isn’t your usual boxy MPV. Up front it has slim, swept-back headlights, a wide but shallow grille and angular air intakes. The windscreen sits at a steep angle and the rear of the roof is tapered. These sporty overtones lend the S-Max a purposeful look that will have other parents doing a double take at school drop offs.

The S-Max you’ll find on cinch are usually the 2nd generation of this MPV, which first appeared in 2015. A facelift in 2019 updated the styling and added new front seats and the option of a Wi-Fi hotspot. 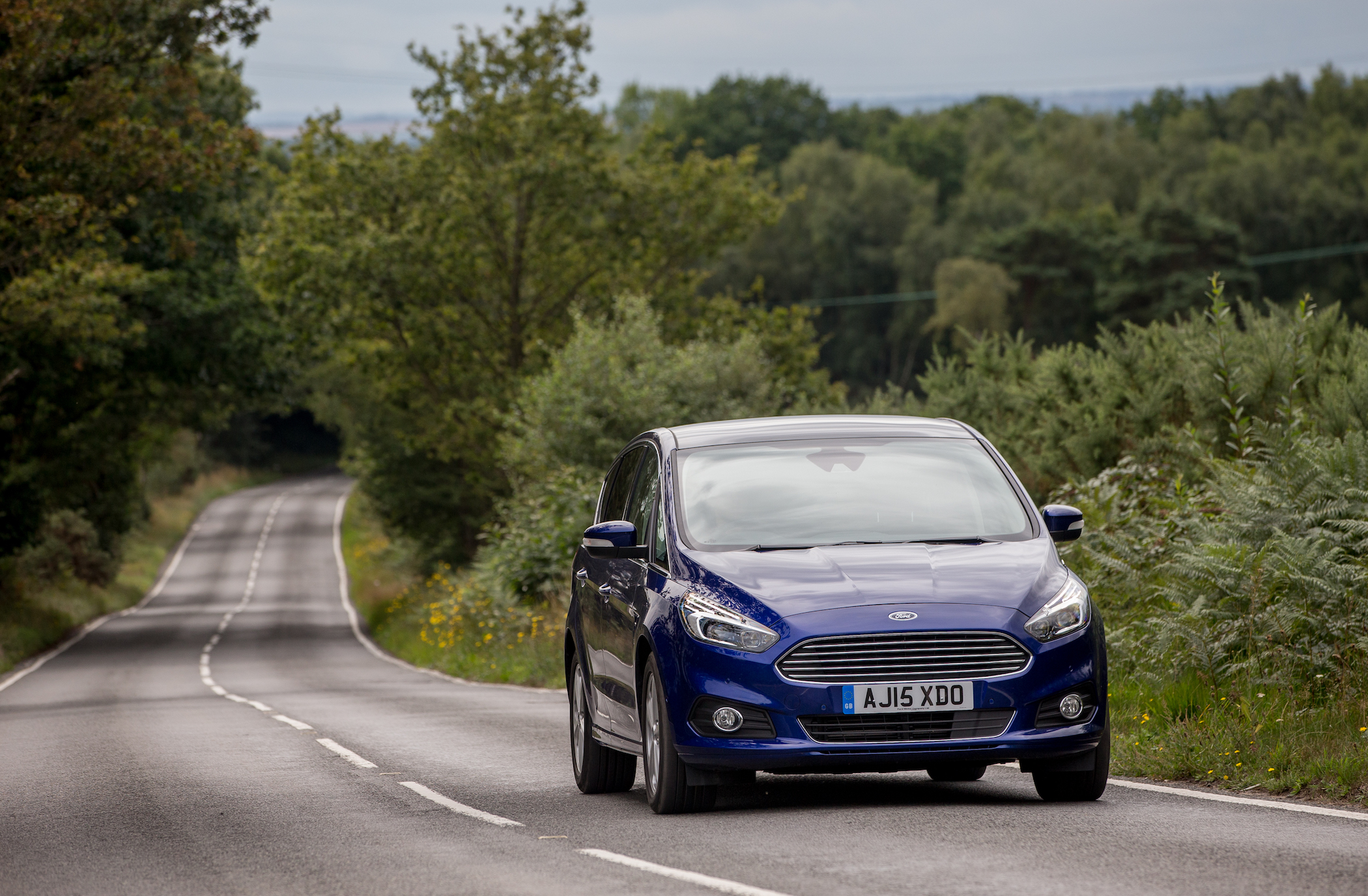 S-Max a purposeful look that will have other parents doing a double take at school drop offs.

If you enjoy driving and dread the thought of having to buy a ‘dull’ MPV, the Ford S-Max should be right at the top of your used car shopping list. Its comparatively sharp steering and good body control make the S-Max enjoyable to thread down a twisty B-road.

Yes, the body will lean a bit on roundabouts. That doesn’t take away from the fact it’s one of the best-handling MPVs out there. The ride is a little firm as a result, though it still does a good job of smoothing away patchy road surfaces.

Engine choice comprises a 1.5-litre turbocharged petrol and a 2.0-litre TDCi diesel with 2 different power outputs – all powerful enough. The more grunty ‘190’ diesel may prove the best for long-distance driving with a full family aboard. 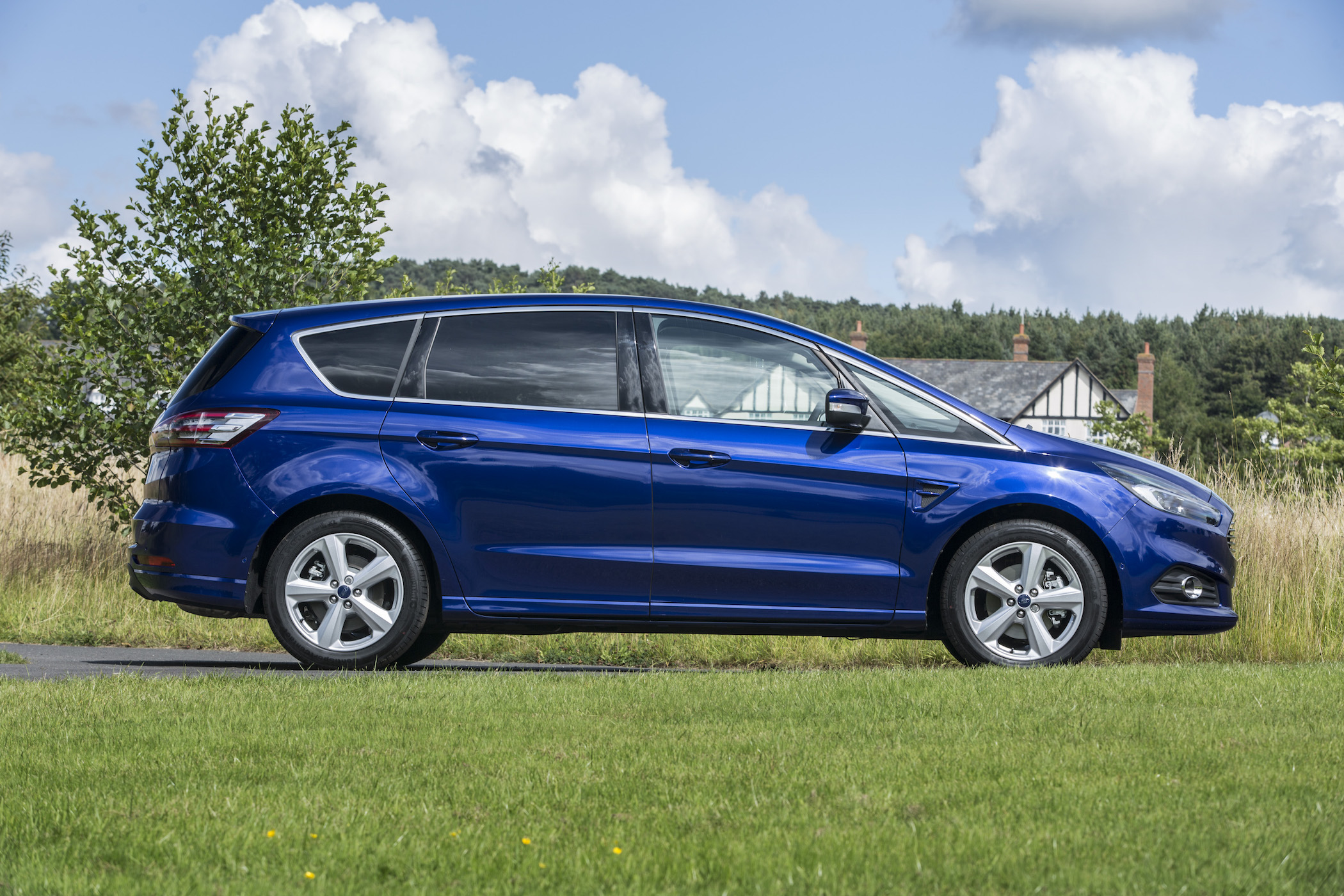 Its comparatively sharp steering and good body control make the S-Max enjoyable to thread down a twisty B-road.

The S-Max’s interior isn’t like a typical MPV. For starters, the driver’s seat is lower than you’ll find in rivals such as the SEAT Alhambra, so you don’t feel too much like your local bus driver. You’ll still get a great view out because of the large windscreen and side windows.

The 2019 facelift added front seats with an even greater range of adjustment. Don’t worry – it’s easy to find a good, comfortable driving position on a pre-facelift S-Max,  and you can alter the amount of lumbar support. 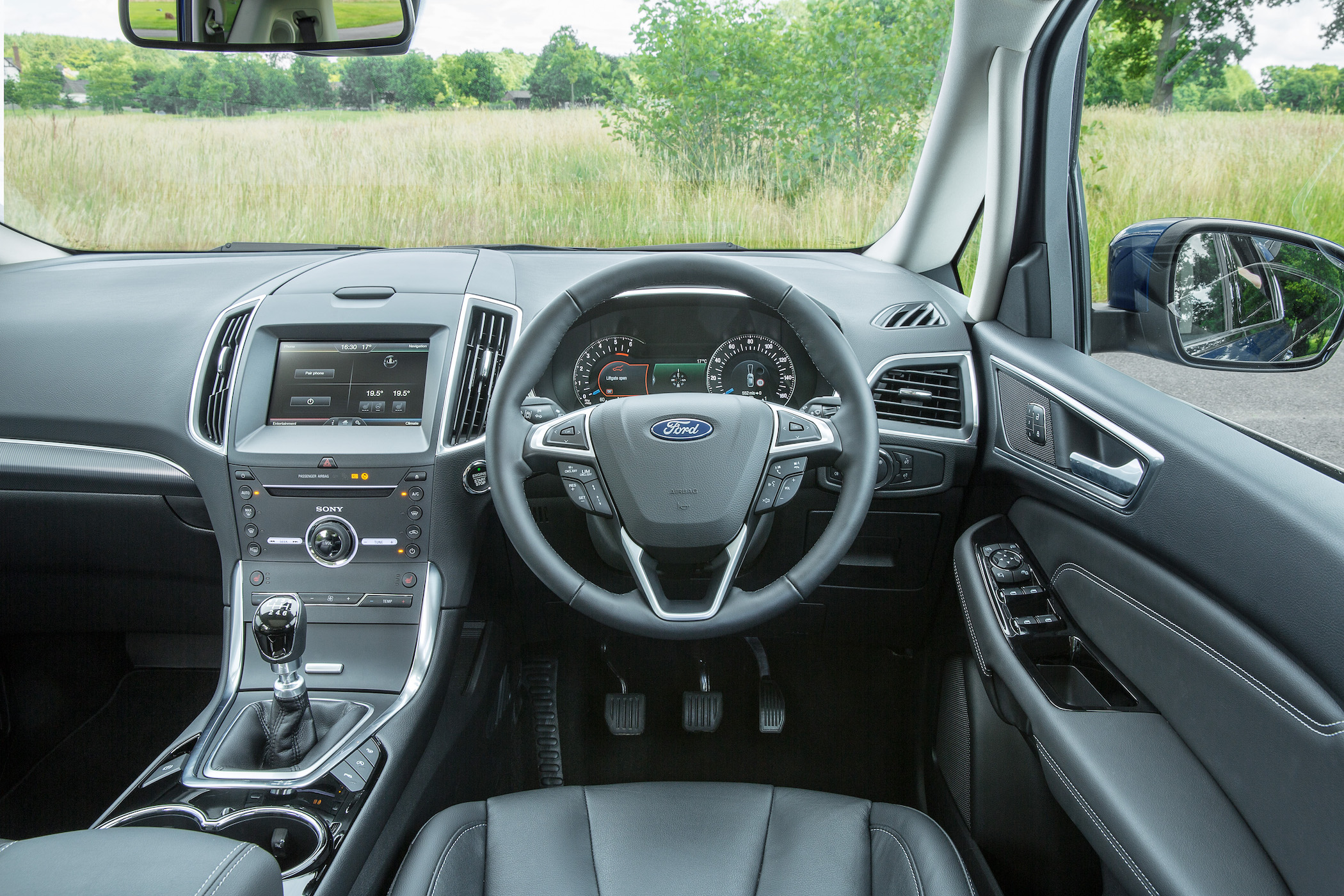 The dashboard is also car-like, with chrome-effect trim around the air vents, the centre console and the doors, plus soft-touch plastics where they matter. There’s an 8.0-inch touchscreen mounted high up on the dash to control the sat-nav (not standard on all trims) and audio, which can be upgraded to a spankingly good Sony unit. All versions get front and rear parking sensors as standard. A reversing camera could be added as an option when new, so keep an eye out for them in the specs list.

As you’d hope, there’s plenty of room in the first row of 5 seats – the middle row slides back and forth to maximise legroom, boot space or legroom for the rear pair of seats, which fold flat into the floor when not needed. They’re great for older kids, even if you wouldn’t want to spend too much time back there as an adult.

MPVs usually excel on practicality and the Ford S-Max is no exception. While the larger Ford Galaxy fares better, you’ll find a multitude of cubbies, door bins and cup holders scattered throughout – even the rear pair of seats get somewhere to rest that Americano or babychino.

With bums on all 7 seats, boot space is rather tight, with room for a few squashy bags stacked on top of each other. Some S-Maxs have Ford’s Easy Fold system that puts buttons on the boot to allow you to fold all 5 seats. Do this to the rear pair and you’ll have space for a few suitcases. Fold all 5 and you’ll effectively turn the S-Max into a van. 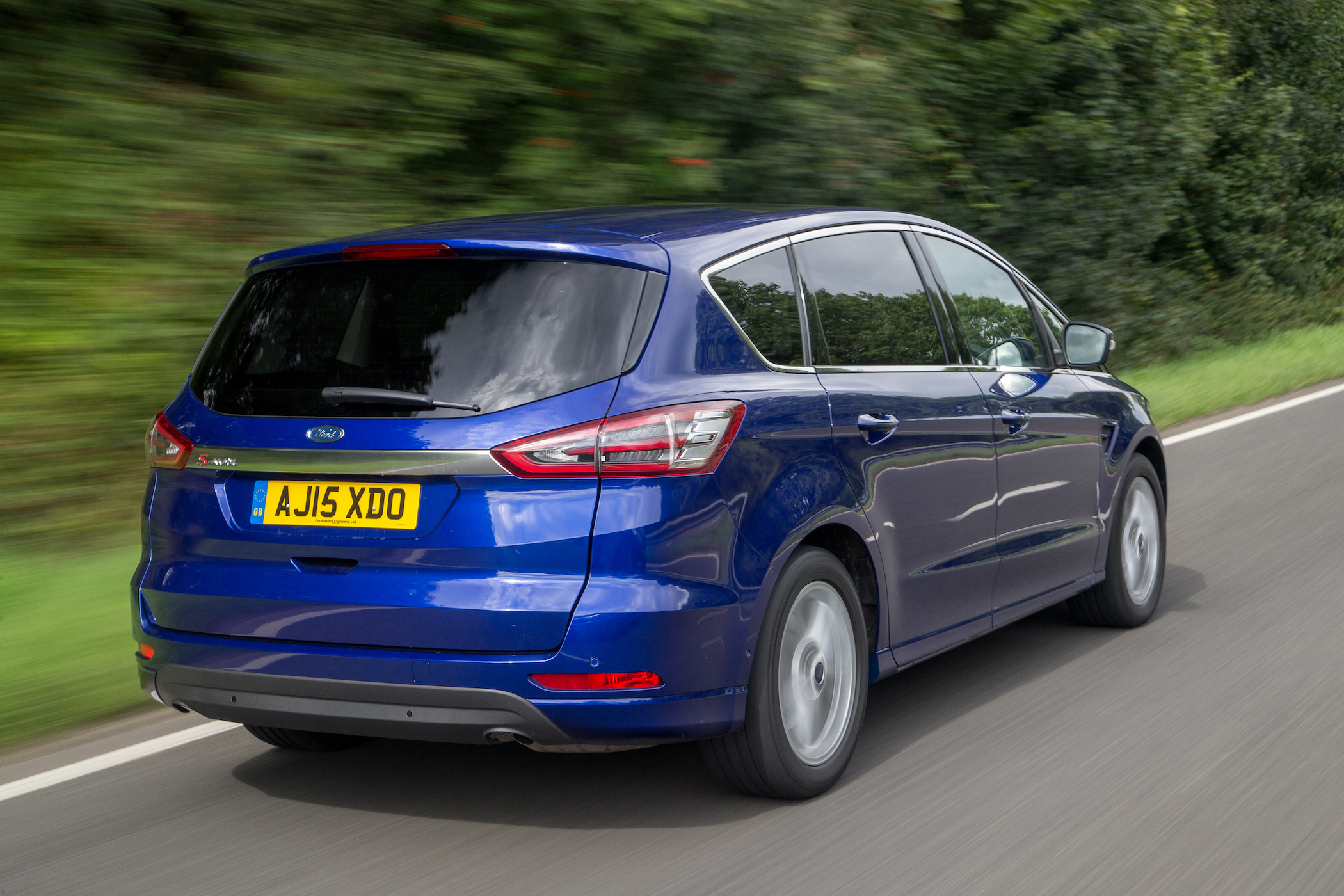 Smaller petrol engines don’t tend to be that economical when they’re fitted to larger vehicles, which is why the 1.5 EcoBoost unit has an official average economy figure of 38.7mpg (measured using the more realistic WLTP system).

We love the fact that owning an S-Max means you can transport the family or colleagues in total comfort and get out at the end of the journey with a smileonyour face – it’s avery goodthing to drive.Even the entrylevelZetectrim brings a good amount of kit as standard.

What else to consider? Ford S-Max alternatives

MPVs aren’t as popular as they once were, but there are still a few rivals worth considering:

The S-Max is a brilliant used buy, thanks to sharp styling, a large, practical interior, lots of standard equipment (including airbags for everyone) and a good ride quality. The cherry on the cake is the way it drives –webet you never thought you could have so much fun driving an MPV.