The Fiat 500X is a compact crossover that fights it out with talented rivals the Nissan Juke and Peugeot 2008. Available with petrol and diesel engines and front or 4-wheel drive, the 500X is ideal for those who may have previously owned a smaller car and now need to upgrade to something with more space – yet don’t want a full-blown SUV.

Think of a Fiat 500 city car on steroids and you’ve pretty much got the 500X. In fact, that’s more or less how Fiat marketed it when it arrived in 2016.

Its styling is unashamedly SUV-like, with a slightly raised ride height, body cladding and bulbous bodywork – although Fiat’s designers clearly used the 500’s styling cues as a starting point. That’s where the similarities end, though, as the 500X is actually based on a Jeep Renegade. As a result, it’s a bit larger than its Nissan and Peugeot rivals.

The Fiat 500X was facelifted in late 2018. Most revisions were under the skin (no more diesel engines or 4-wheel drive) with all versions were given LED rear lights and daytime running lights. 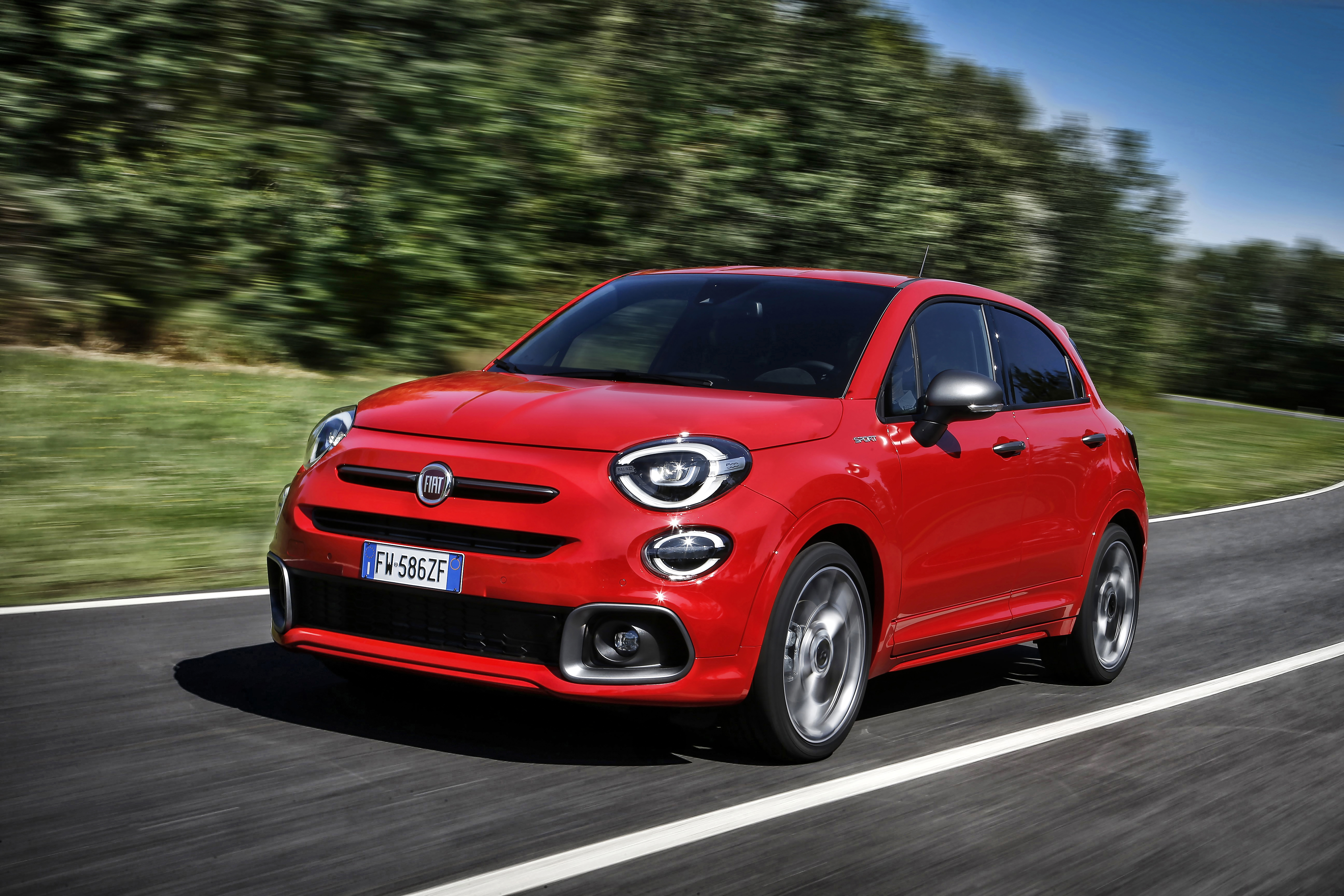 Fiat 500X engines up to the second half of 2018 comprised 3 petrol and 3 diesel units: a couple of versions of the 1.4 MultiAir petrol, a 1.6 e-Torq petrol, and the trio of MultiJet diesels.

All are more than capable, although the 1.6 diesel is a highlight, especially if you use motorways a lot. The 4-wheel-drive models are identified by ‘Cross Plus’ in the name.

The 500X’s suspension is on the soft side and does a good job of dealing with rough road surfaces, especially at lower speeds, in town. The body leans on roundabouts but the same applies to most of the 500X’s rivals. 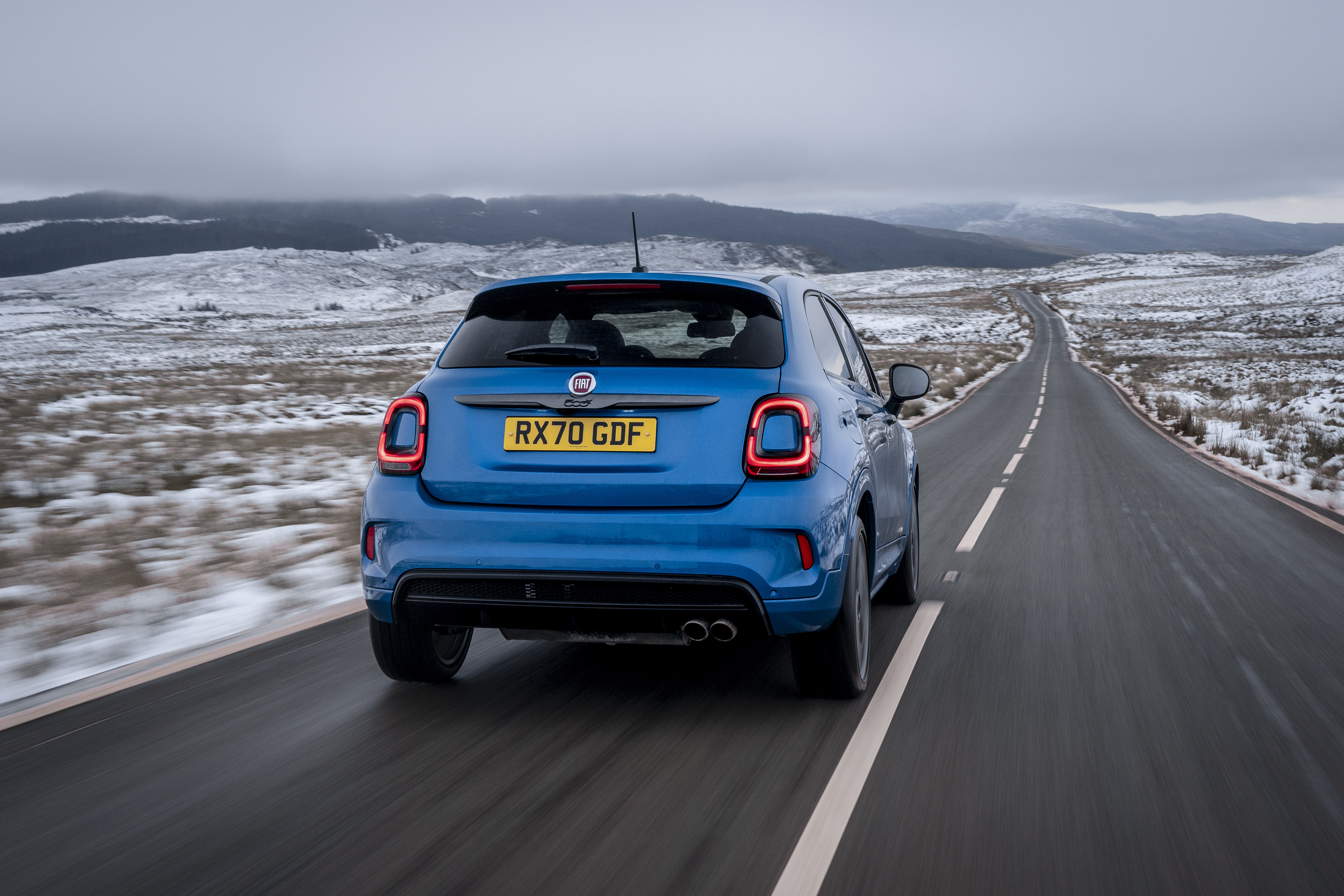 The 500X’s suspension is on the soft side and does a good job of dealing with rough road surfaces.

Fiat has used the same strategy with the 500X’s interior as the exterior - it’s a grown-up version of the 500. That means it doesn’t have quite as much character as the city car, but it’s still got a good amount of flair.

The dashboard is topped on most versions by a touchscreen, which grew to 7 inches on facelifted models, and there’s a handful of buttons beneath for the ventilation, as well as USB and aux ports. A trio of instruments sit in front of the driver. 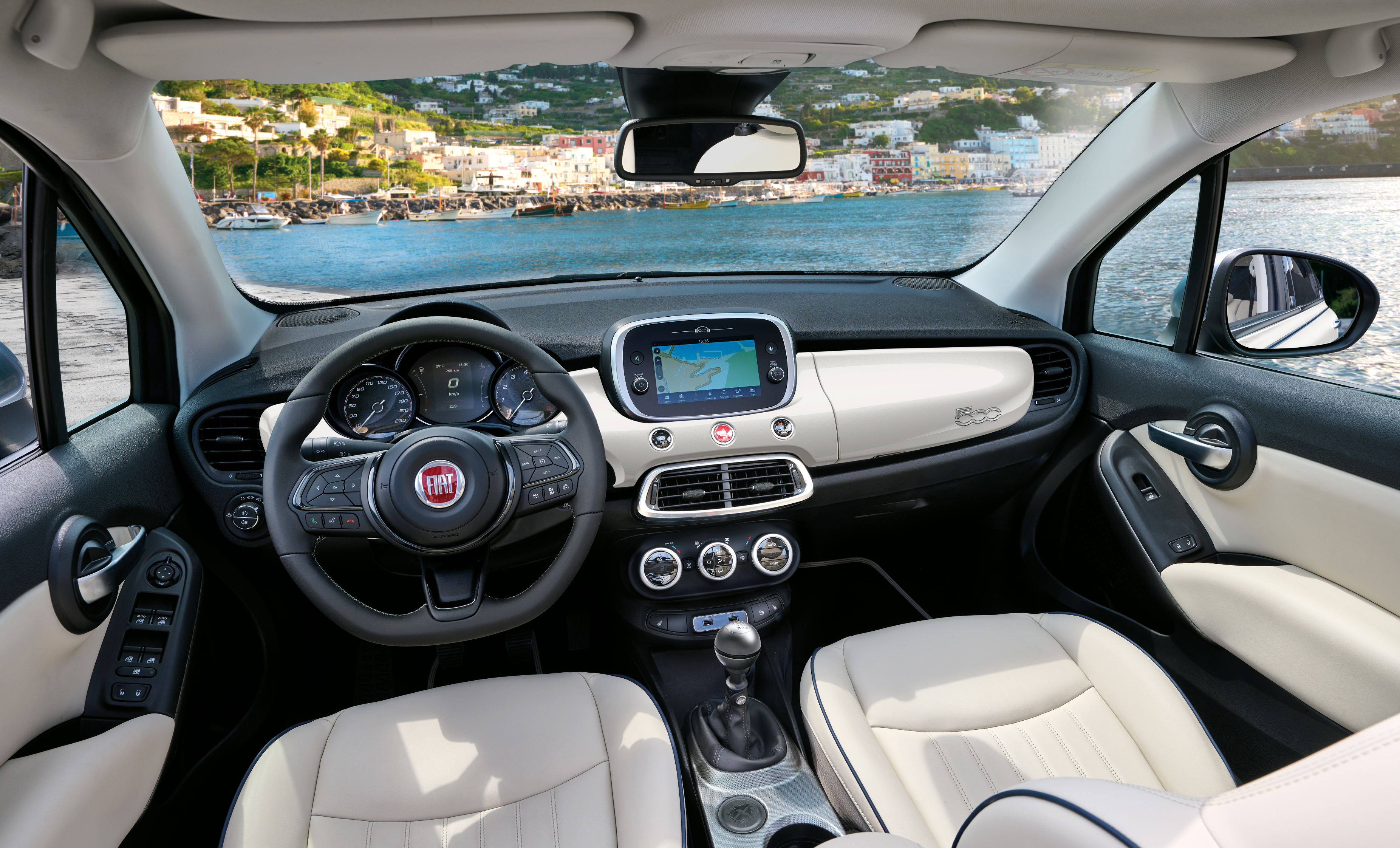 There are a few soft-touch plastics. The overall effect is utilitarian, which suits the 500X’s nature, although different trim levels bring a range of textures and colours. They kick off with Pop, which brings air-con, electric windows and cruise control, while Pop Star adds the touchscreen, Bluetooth and climate control. Lounge includes sat-nav, and Cross beings chunkier styling.

Facelifted cars added a base Urban trim with cruise control and air-con, Sport trim with smarter Alcantara seats and City Cross with a rear-view camera. Apple CarPlay and Android Auto were also added to later models. Fiat’s Uconnect features on some models and allows music streaming from your phone, while Sport and Cross Plus trims add more USB ports.

The driver’s seat has plenty of adjustment and it won’t take you long to get comfortable – there’s lots of space for 2 up front and those less than 6 feet tall will be happy in the rear seats. 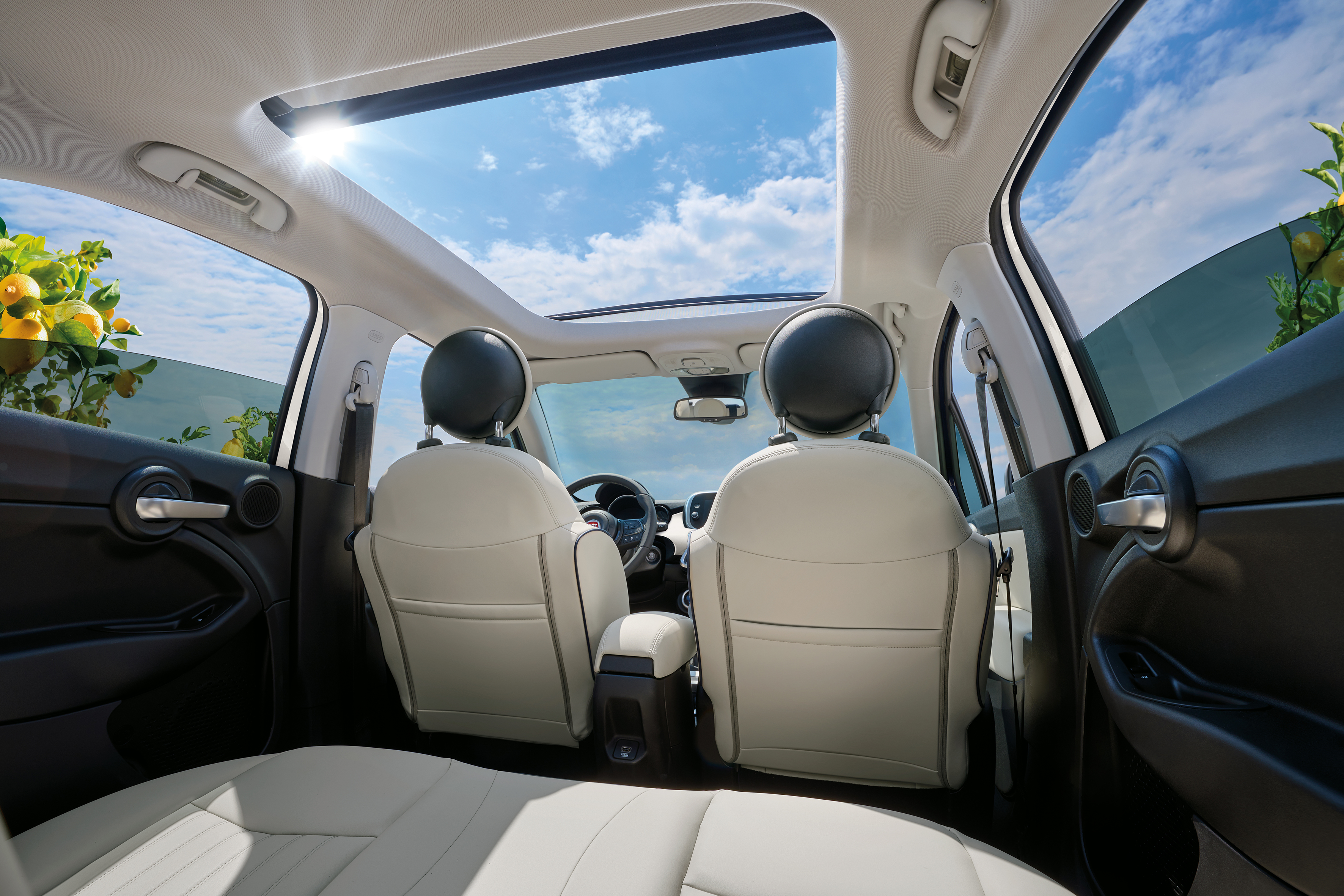 All 4 occupants have somewhere to put their cups of coffee, and there’s a dual glovebox (one on top of the other), door bins and a selection of cubbies throughout the interior.

The rear seatbacks are split 60/40 – with the seats in use the boot is a bit smaller than the Mini Countryman. There’s room in there for at least a week’s worth of food shopping for a normal family.

With them folded, you’ll be able to fit several suitcases or a DIY project from B&Q. The boot floor can be raised to create a flat load area with the seats folded, or lowered to make a deeper load space but with a step when the seats are down.

The most economical engines arethe1.3 and 1.6 diesels, which should average around 45mpgin the real world. The petrol engines dip into the 30s on average, and even the high 20s when fitted with an automatic gearbox and 4-wheel drive. We’d recommend one of the diesels if you cover lots of motorway miles or a petrol if you tend to do most of your motoring in town.

We think Fiat has done a cracking job of retaining much of the 500 city car’s cute looks while creating something more suitable for family life. Its interior might have lost some of the funkiness in the process, but it’s still an appealing place to sit, with comfortable, spacious seats and a good dose of practicality.

Compact crossovers are popular as used buys and there are plenty of Fiat 500X rivals:

The Fiat 500X’s broad choice of engines and trims (complete with different styling) means there’s a version out there for everyone. Facelifted cars get more safety kit as standard and even more trim choices, but earlier versions have the economical diesel engines and 4-wheel drive. Every car gets those great looks.