Renault saw the SUV wave coming early and surfed that wave perfectly with the Captur. It’s not only the brand’s best-selling model, it was also the top-selling SUV in Europe in 2016. The success continues with the current-shape car.

The reasons it has sold so well are multiple. They include great value for money, loads of standard equipment and, of course, the cool SUV styling that buyers crave these days.

The Renault Captur’s relationship to the brand’s Clio supermini is clear - although the SUV takes the styling on a step with its raised ground clearance and black plastic cladding here and there. The Captur was also one of the first cars to offer a contrasting roof colour, which made it stand out - and which buyers loved.

The car’s looks evolved slightly in 2017, when it was facelifted to keep up with the times. The tweaks included a revised bumper, different lights at both ends, smatterings of extra chrome and different colour choices.

It kept the car on the pace until it was replaced in 2019 with the current model, which looks altogether more modern, with funky headlights and tail lights, bright colour schemes and a far more modern interior. The new car is quite clearly a Captur, but one for the modern day. 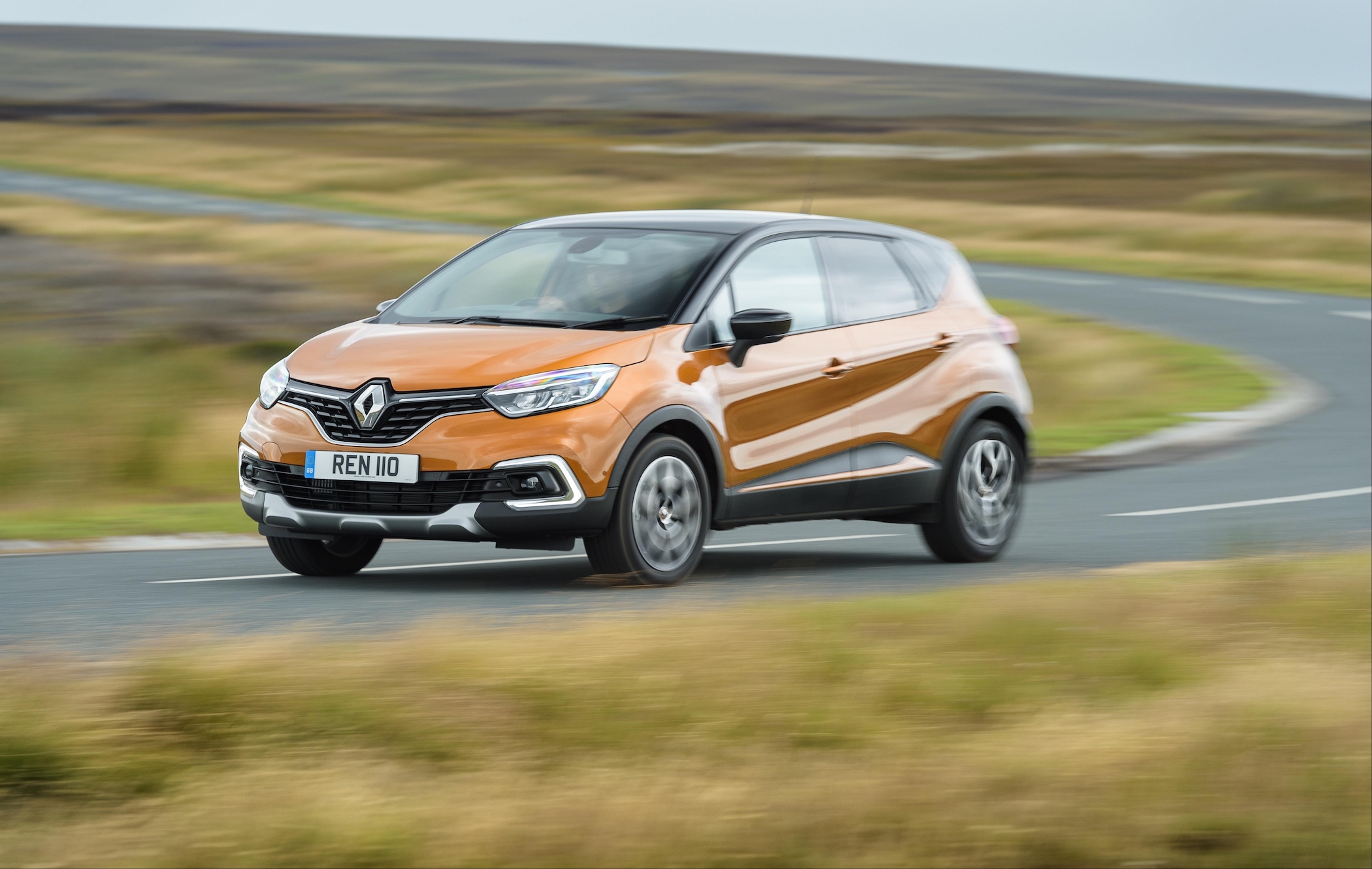 The current-shape Captur is at its best with the 1.3-litre turbocharged 4-cylinder engine up front. It provides peppy performance, and the 5-speed gearbox is light and easy. The automatic is also smooth and does a good job of knowing what gear is needed at any given moment. If you’d prefer diesel power, the dCi 115 has a good blend of performance and economy.

For buyers of the first-generation, the 1.2-litre petrol may prove the best choice, and it can be had as a manual or with a self-shifter. Again, the more powerful diesel may be the way to go if you have longer trips to do.

Both generations of Captur have comparatively firm suspension to keep the body under tight control, but the good news is that the ride quality improves the faster you go (within the speed limit, of course). The steering is also light, so rapid parking manoeuvres are easy to do.

The steering is also light, so rapid parking manoeuvres are easy to do.

The interior of the current-shape Captur is a pleasant place to while away the miles. The plastic used on top of the dashboard is pleasingly squishy, and the surfaces lower down feel robust. The optional colour packs brighten the interior considerably, so it’s worth seeking out a car with one of these.

The central touchscreen controls many of the car’s functions. The good news is that the climate controls are separate from the screen, so you don’t have to go into various sub-menus just to increase the cabin temperature by a couple of degrees on a frostier-than-you'd-prefer Spring morning. 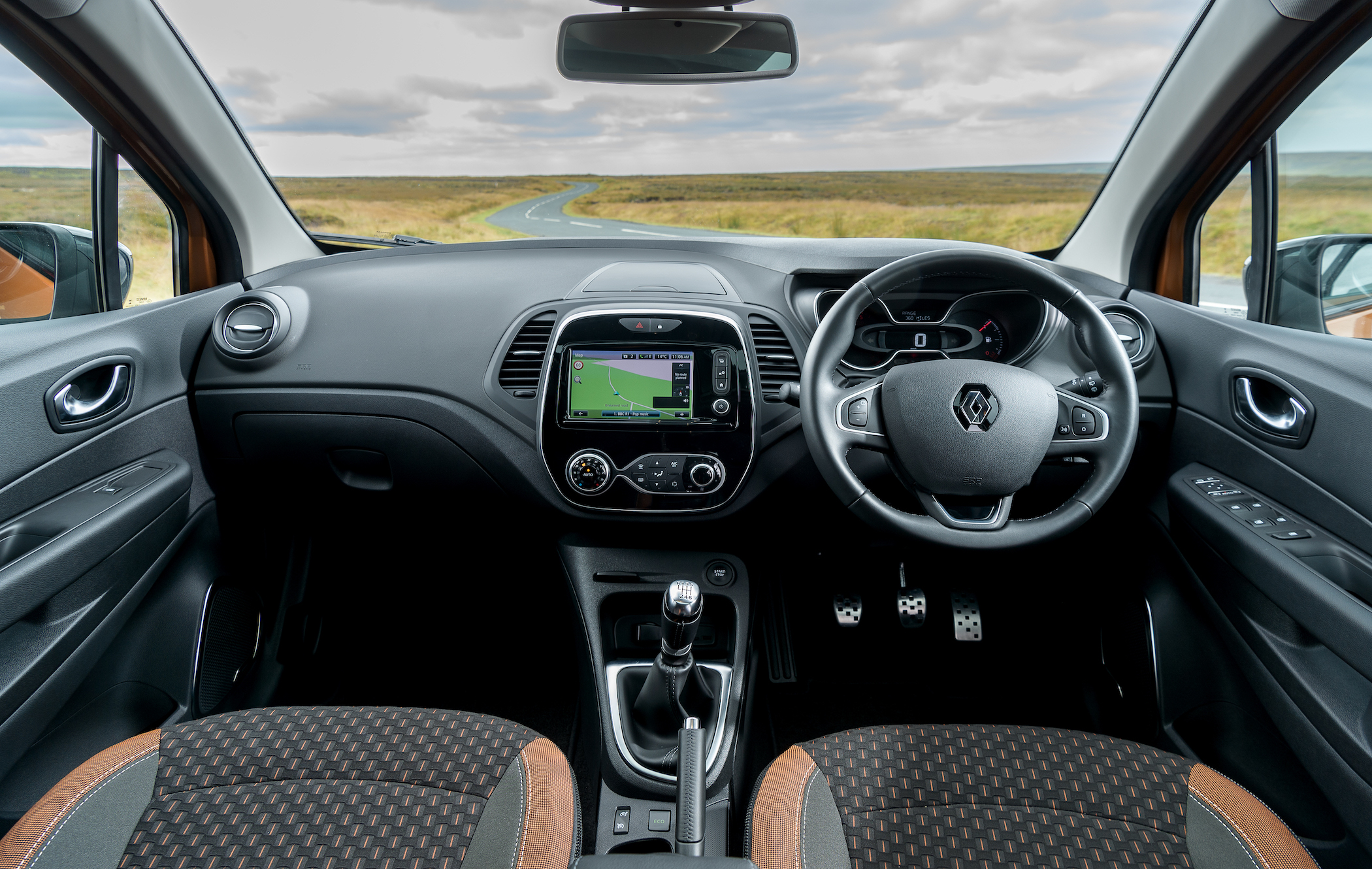 If you’re in the market for a Mk1 Captur, you’ll find an interior that’s spacious, well made and still looks good, despite being designed a few years ago now. The dials are conventional, with a touch of funky styling, and the centre of the dashboard is dominated by a touchscreen and climate control system. It’s a simple design and all the better for it.

The interior of the Captur certainly places the emphasis on style, whereas some rivals, such as the SEAT Arona or Volkswagen T-Roc, are more straightlaced – if just as useable.

All current Captur models come with a DAB radio and Bluetooth connectivity, plus Apple CarPlay and Android Auto smartphone mirroring. This car has driving tunes covered. Wireless charging also appears on higher-spec cars, as does a high-end audio system to get those tunes pumping.

Here’s the long (or tall) and short of it: there’s enough space for 6-footers up front, and, as long as you slide the rear bench back as far as it’ll go, there’s enough room for a couple of gangly teenagers back there.

If boot space is a priority, the 1st-generation car has a boot that’s big enough for a couple of large suitcases even with the rear seat slid back. Slide it forward and you can add a carry-on case, too.

The same goes with the current-shape car, although you need to remember that with the back seat slid forward there isn’t a huge amount of legroom left. Still, you’ll get 6 carry-on cases in there if you’re good at Tetris.

The rear seats can be slid back and forth as a single unit. The backseats split and fold 60/40, to enhance usability. In both generations of Captur, the dashboard has numerous cubbies to take all your odds and ends. 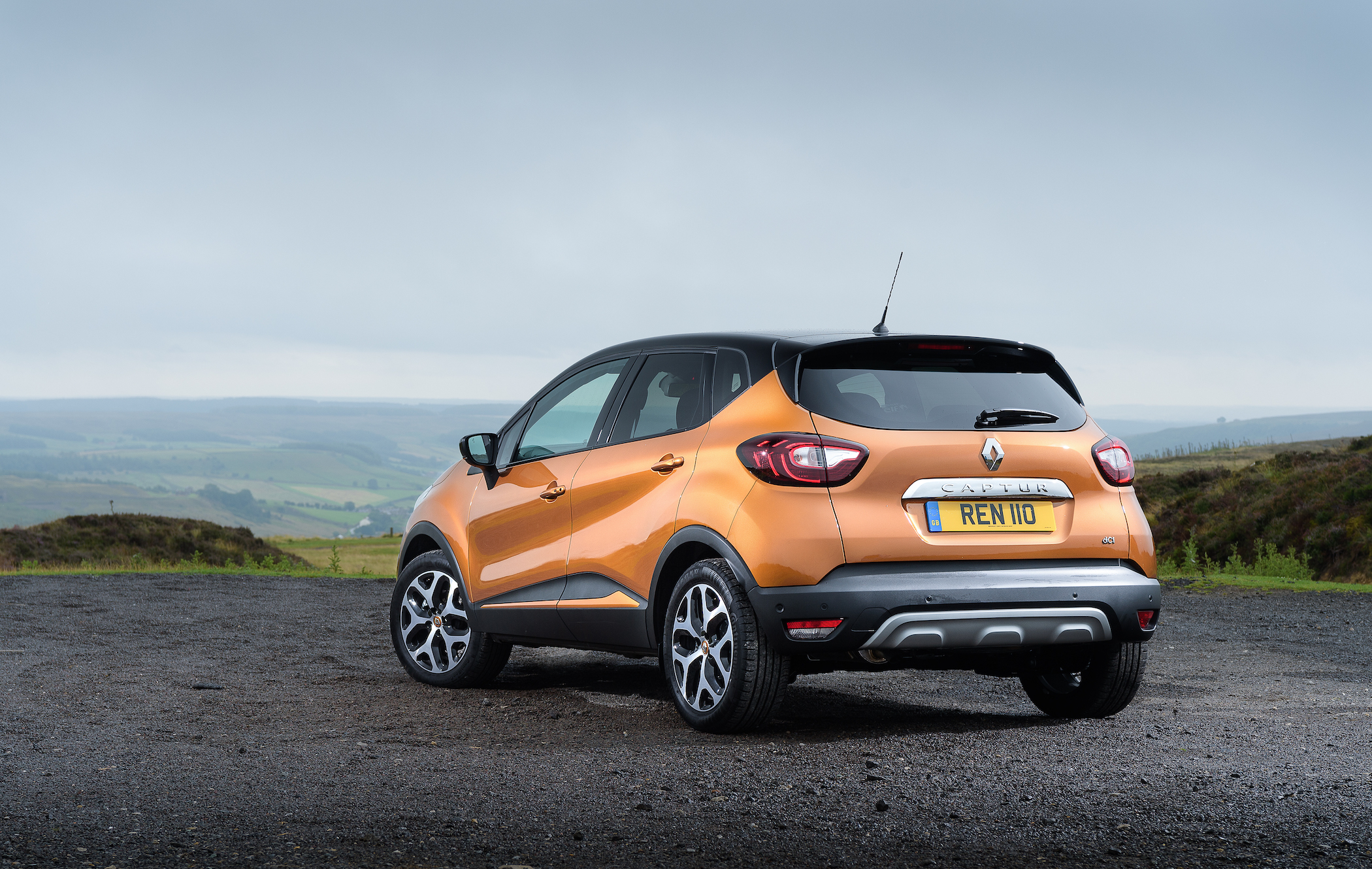 Whichever engine, transmission or even generation of Renault Captur you choose, it should be pretty cheap to run. Unlike Alan Partridge, all versions display a distinct dislike for the sight of fuel stations, no matter whether they have the manual gearbox or the automatic fitted.

Insurance groupings for the current-shape car start from just group 7 and rise to group 20, which is pretty low. The previous-generation car started in group 8 and rose to group 21.

No matter which generation of Renault Captur you opt for, you won’t go far wrong. It provides funky-looking family transport, with decent cabin and boot space, plus loads of standard equipment. And better still, it will manage all this on a low budget, because its running costs should be tiny.

Choose the right colour scheme and it’s a car you’ll enjoy walking up to in the morning, and which you’ll glance back at when you’ve parked it up – not many family SUVs can say that. All the neat touches and tech inside will keep the kids happy.

What else to consider? Renault Captur alternatives

The small SUV marketplace is a crowded one these days, with lots of high-quality offerings:

The Captur may have been one of the earlier SUVs, but Renault got the recipe bang on first time and has simply honed its funkily-styled offering since. It’s a genuine bargain because it provides low running costs without feeling like it’s in any way a cheap option.