You certainly can’t accuse Citroen of blending into the background. The brand has always been known for producing unusual designs, and the C4 Cactus is a cracking example, with its pseudo-SUV stance and signature Airbumps on each flank. It’s a car for those who need everyday practicality – but who don’t want to look like they need it.

Where to start? The Citroen C4 Cactus is a veritable riot of unusually shaped lights, vents and creases. The car was also designed to have a ‘floating’ roof effect and, of course, there are the Airbumps on the front and rear doors.

The C4 Cactus has slightly raised suspension and black cladding around the edges of the wheel arches to signify its off-road credentials. Of which it has precisely none, to be honest. Still, the roof rails are perfect for attaching bike racks or mountings for surfboards, and give the car an outdoorsy, active appearance. You can take it to the wilds – as long as there’s a decent car park there.

The higher suspension gives you a better view out. Despite the C4 Cactus having a relatively small glass area, the view is perfectly fine.

The Airbumps aren’t only a strong design statement – they have a practical purpose. They’re designed to stop the doors from being dinged by those who are a touch careless when getting out of the car next to you. They work brilliantly. 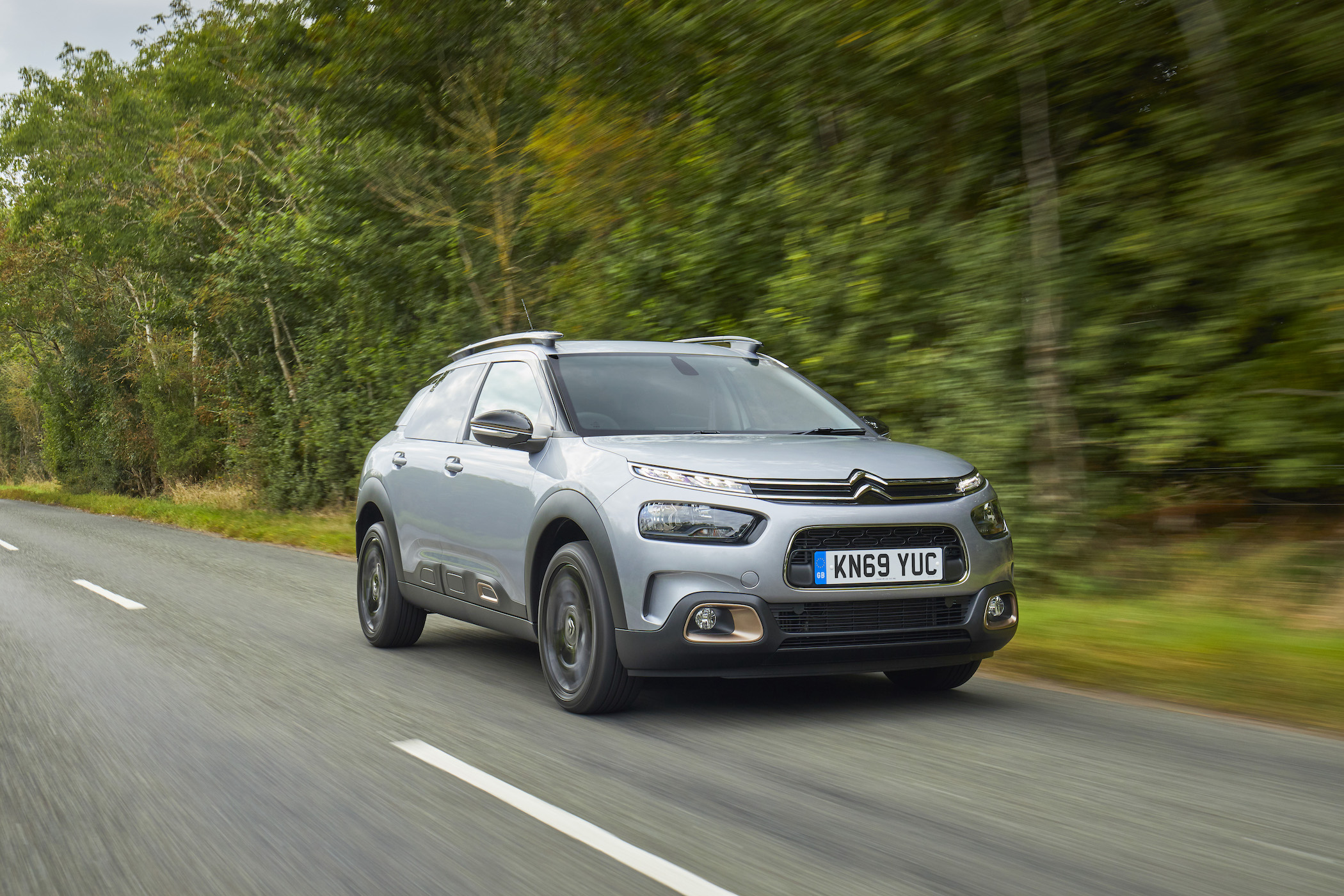 The Airbumps aren’t only a strong design statement – they have a practical purpose.

Throughout its life, the Citroen C4 Cactus has been available with a range of engines. The best petrol option is perhaps the turbocharged 3-cylinder 1.2-litre motor. This makes the car decently fleet of foot in town and doesn’t feel in any way overwhelmed on the motorway.

If you regularly hit the country’s motorways, the 1.6-litre diesel is a sweet option, blending power and economy beautifully.

The car’s real party piece is its ride quality, as it’s staggeringly comfortable, no matter how rough the road surface. It works wonderfully in town, where the soft suspension and light controls make journeys pass without the slightest fuss.

The steering is very light indeed, which can be disconcerting at higher speeds until you’re used to it, but it makes parking a doddle. 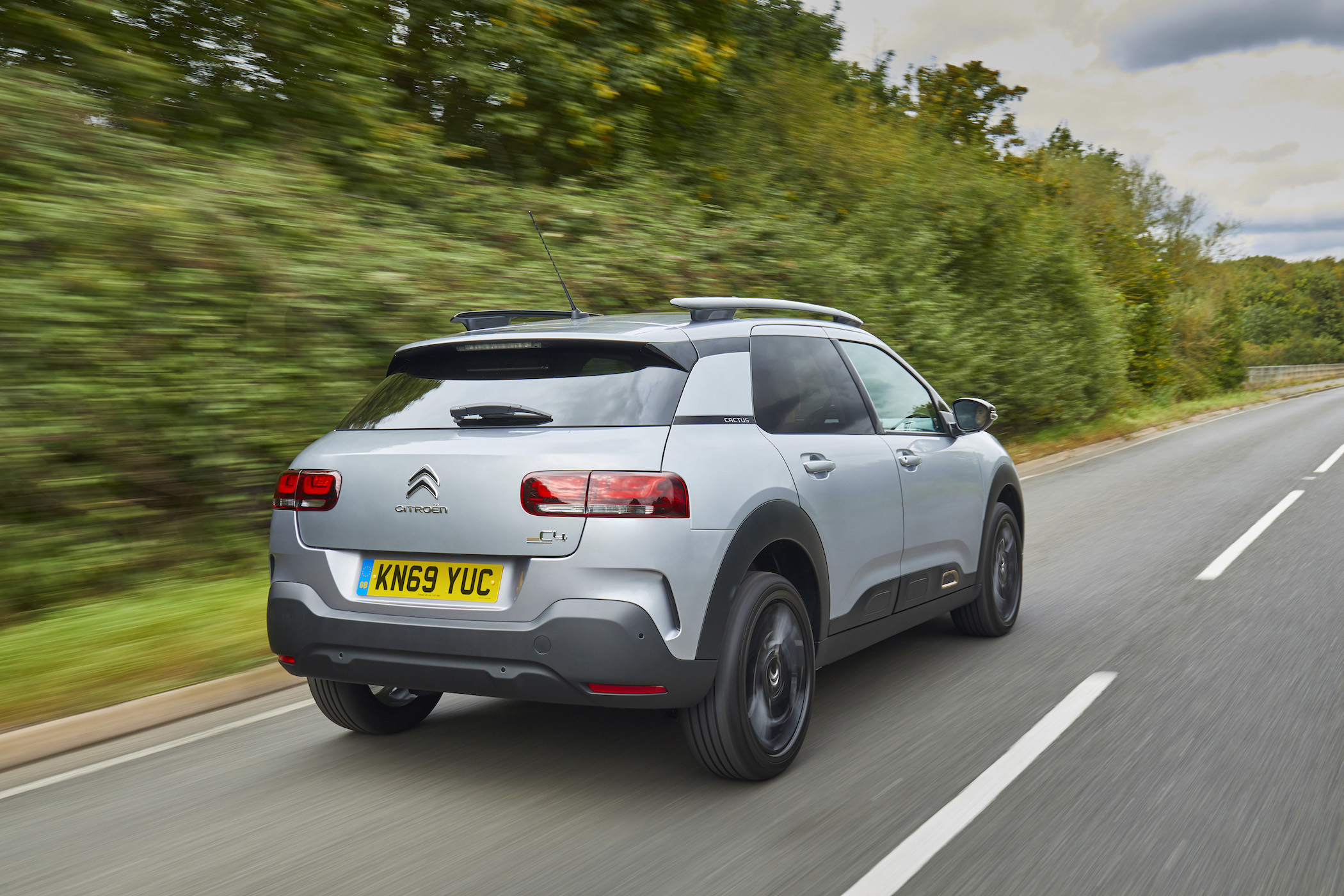 The car’s real party piece is its ride quality.

The general off-the-wallness of the C4 Cactus continues inside, where it looks like nothing else. When you close the door after getting in, you’ll be pulling on a leather strap instead of a conventional plastic cut-out in the door trim. Funky.

Ahead of the driver sits a digital information display in place of conventional dials. This is bright and clear, with your speed front and centre, so works well. The centre has very few buttons on it as most of the systems are controlled through the touchscreen, including audio, climate control and phone. This screen also caters for Android Auto and Apple CarPlay.

In front of the passenger sits a glovebox that looks like it’s being held in place by a leather strap. It’s not. The ‘Advanced Comfort’ seats are remarkably soft and give the impression you’re sitting on a sofa. Everything you touch has a robust feel, with soft-touch trim on the top of the dashboard, the leather straps on the doors, and strong plastics lower down.

If there’s one thing to be aware of, it’s that the rear windows don’t go up and down. Instead, you can merely pop the rear edge open.

It’s fair to say the C4 Cactus is like nothing else out there. If you want an alternative you’ll have to look at something that’s a bit more conventional, such as the Kia Stonic or Peugeot 2008. They both do the urban SUV trick well, but aren’t quite as unusual as the C4 Cactus. 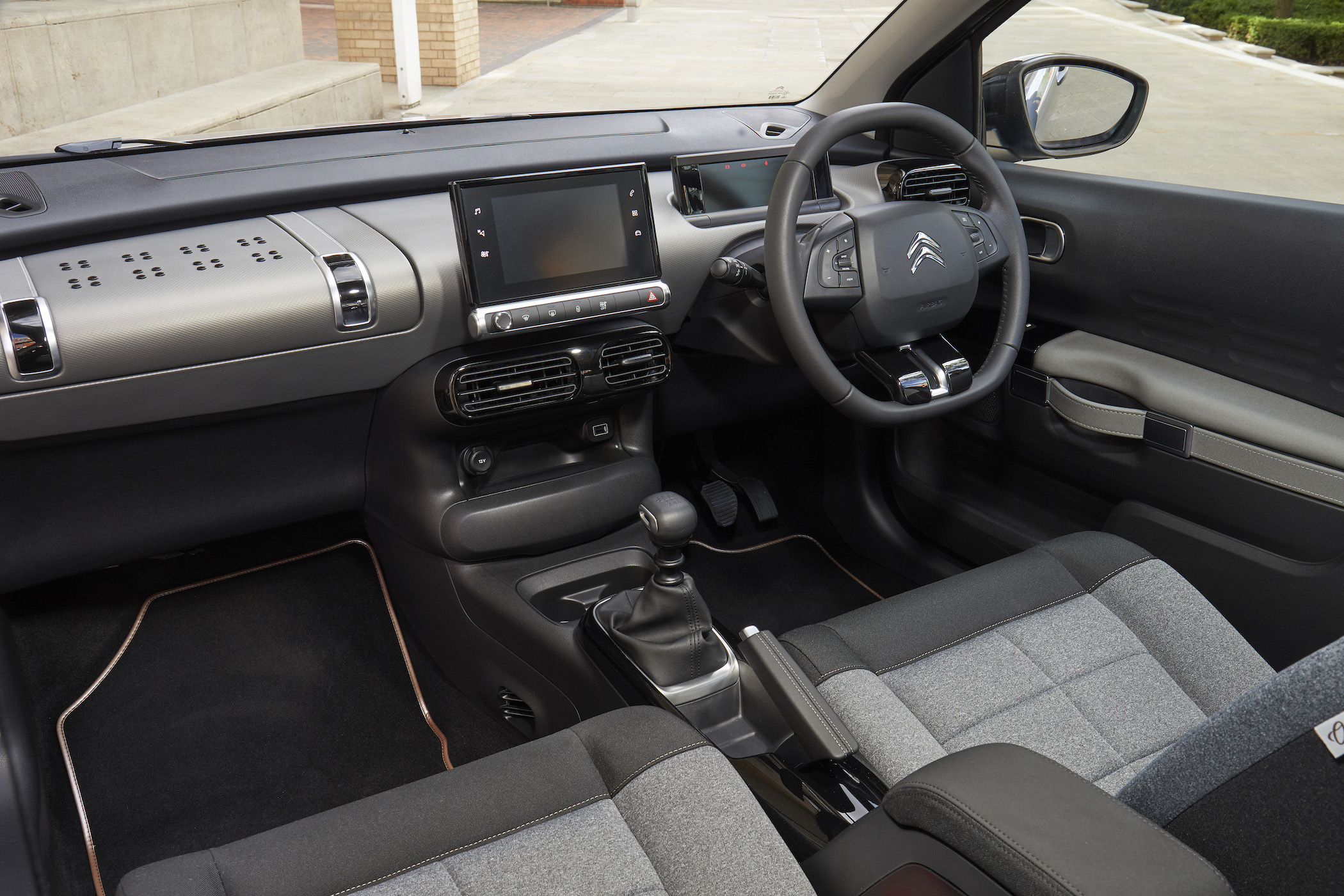 If you’re buy your jeans in extra-long sizes, you and a similarly tall passenger will have no bother at all getting comfortable in the front of the Citroen C4 Cactus. There’s space aplenty, and the Advanced Comfort seats are extra-supportive.

It’s a similar story in the back, where there’s loads of legroom for a pair of adults, helped by the cut-outs in the backs of the front seats. Headroom is decent too, although if you regularly have taller passengers in the back you might wish to skip an example with the panoramic sunroof fitted as this reduces the amount of headroom. Also, while there’s space for a third occupant, they’ll need to be a bit smaller.

Boot space is a match the previous-shape Nissan Juke, though other rivals offer more. There’s also a lip to lift items over, so make sure you’re happy with this. 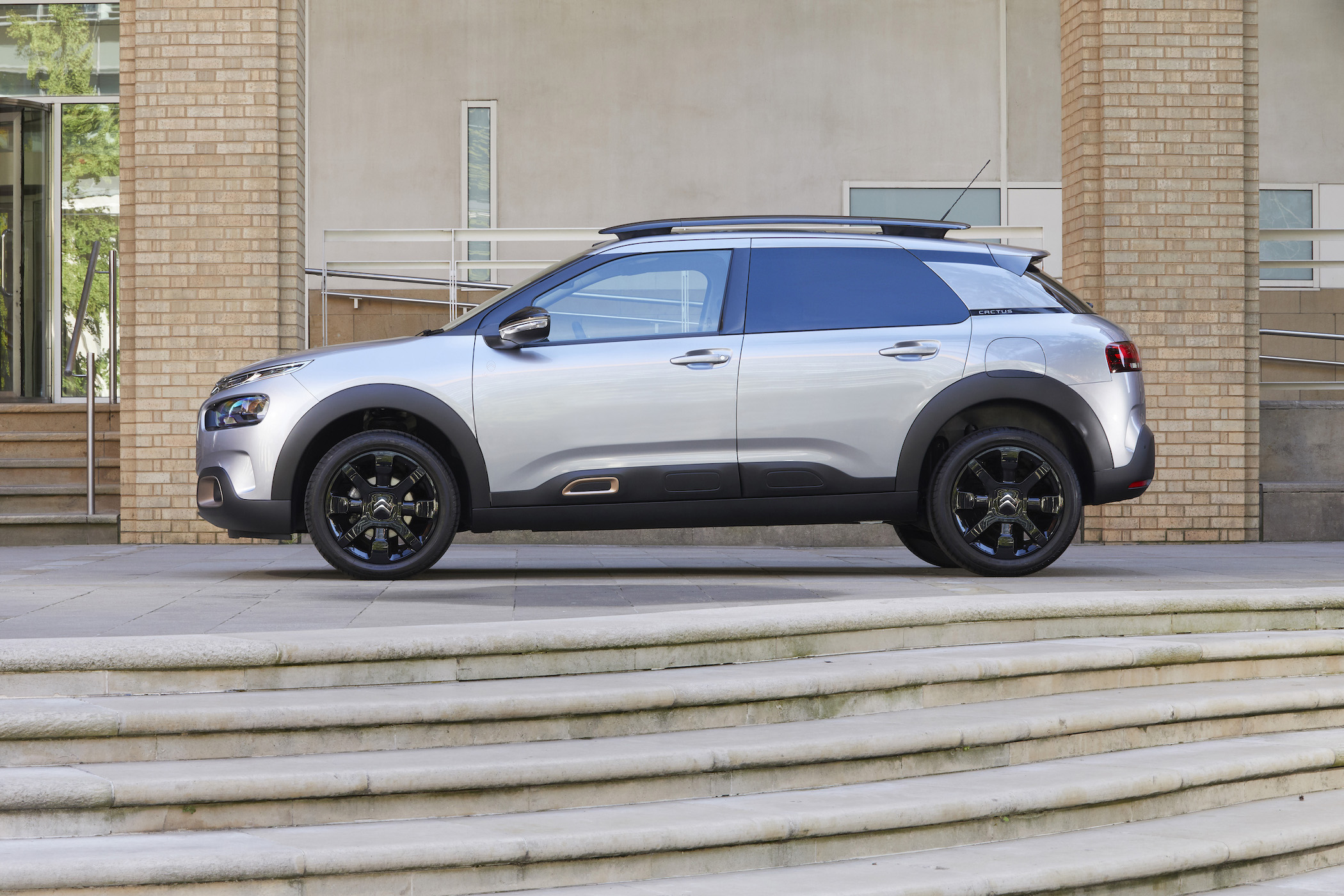 Every C4 Cactus should be pretty cheap to run, so the model you choose should largely come down to the type of motoring you do.

The 1.2-litre turbocharged petrol should do more than 50mpg if you drive it carefully, and the diesel has an average economy figure of more than 80mpg. Insurance costs are similarly low, with the C4 Cactus starting in group 7 and rising to a high of group 23.

Despite the fact it’s been around for a while, the Citroen C4 Cactus is definitely one of the most unusual-looking cars you can buy.It remains popular because it’s very good at doing the normal things you need it to. It can easily take 4 large adults, and it’ll be extremely comfortable over the course of any journey. Better still, it’ll take you from near by to far away without costing a huge amount in fuel, and it’s quiet enough to make each trip relaxing.

Any alternative is going to have more conventional looks:

There really is nothing else quite like the Citroen C4 Cactus, which is the sort of car that’ll appeal to a vast spectrum of buyers, from young families to retirees. It’s roomy inside, should cost little to run, and it’ll make every journey an event.