When Volkswagen nicknamed its star city car the Up! (anyone else shout it?) it probably didn’t envision inspiring Taylor Swift’s hit song ME! Whether that source of inspiration is true or not, the name proved to be a winner, as did the car. Two years after the petrol version launched in 2011 the electric e-up! hit the streets of the UK. There have been two generations since, one in 2016 and one in 2020.

This e-Up! is a 2020 car, which means more range than the previous generation. It’s a nippy thing with a 60kWh battery that manages 159 miles of claimed range on a single charge, a big improvement on the previous version's 83 miles. The average UK roundtrip commute is only 23 miles; so for many of us, that’s a whole week of toing and froing from the office, plus errands covered. If you take advantage of off-peak charging, it can cost under a tenner to fully charge an e-up! at home.

It's not just the low running costs that make the e-Up! such a great buy. It’s delightful to drive; surprisingly quick off the mark, and you can use one-pedal driving in town thanks to the regenerative braking. Simple ease off the accelerator and the resistance provided by the technology slows you down. For city life, you can’t really go wrong with this car – it’s minimal effort for maximum ease. 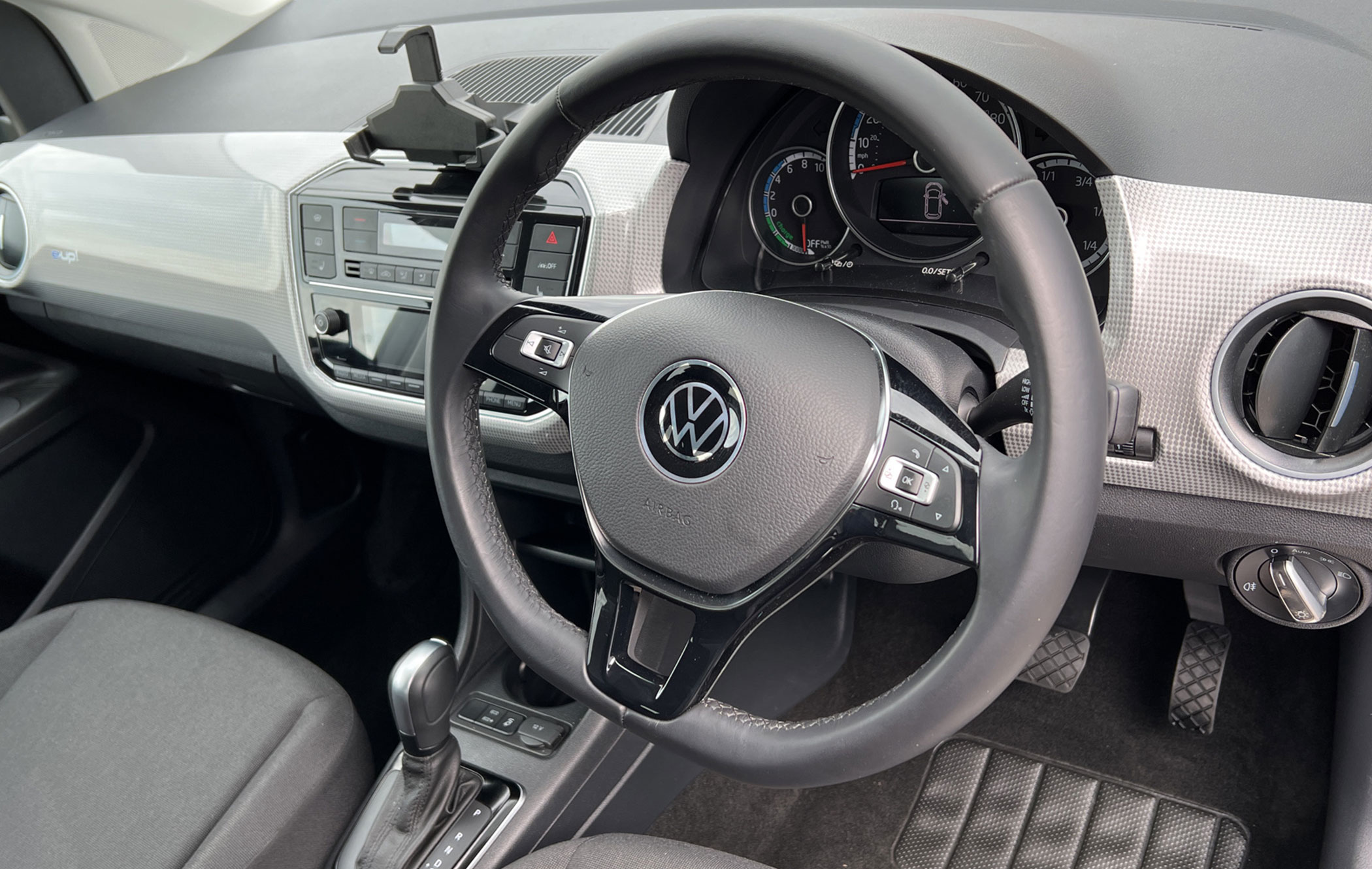 The electric e-up! has five doors and four seats, so it’s best suited to small families, couples or singletons, but it's tough and surprisingly capable. The interior shares bits with the bigger Golf, meaning classy looks and great quality for the price. Bluetooth and digital radio is standard, and this model has lane assist, heated seats, rear parking sensors and a rear parking camera.

So, if you're after fun and thrifty city car with electric power, this Volkswagen e-up! in our online showroom is up for £21,750, or the monthly equivalent.

What is meant by kWh in an electric car?

KiloWatts per hour (kWh) is the measurement of energy that an electric vehicle can store in its batteries.
View more