If you drive an Audi e-tron 55 quattro that was built between mid-September 2018 and the end of November 2019, you’re in luck. Audi is offering a free software upgrade to cars from that period (labelled as 2019-spec e-trons) that promises to extend total range by 12.4 miles and enhance the way your car works. The software can be added to your electric car’s computer at an Audi service centre, free-of-charge. How nice.

Presumably contributing to the extra claimed mileage between battery charges – which, when added to the original quoted range of the e-tron 55, takes the total maximum up to 286 miles – Audi’s new software also helps to reduce energy usage between charges. With an electric motor driving the front wheels and one at the back, the e-tron 55 has always come with the ability to run with just one motor at a time. But the new software lets the car completely decouple its front motor, so it rolls more freely with less mechanical ‘drag’. It's like giving a long-distance runner a springy new pair of trainers. 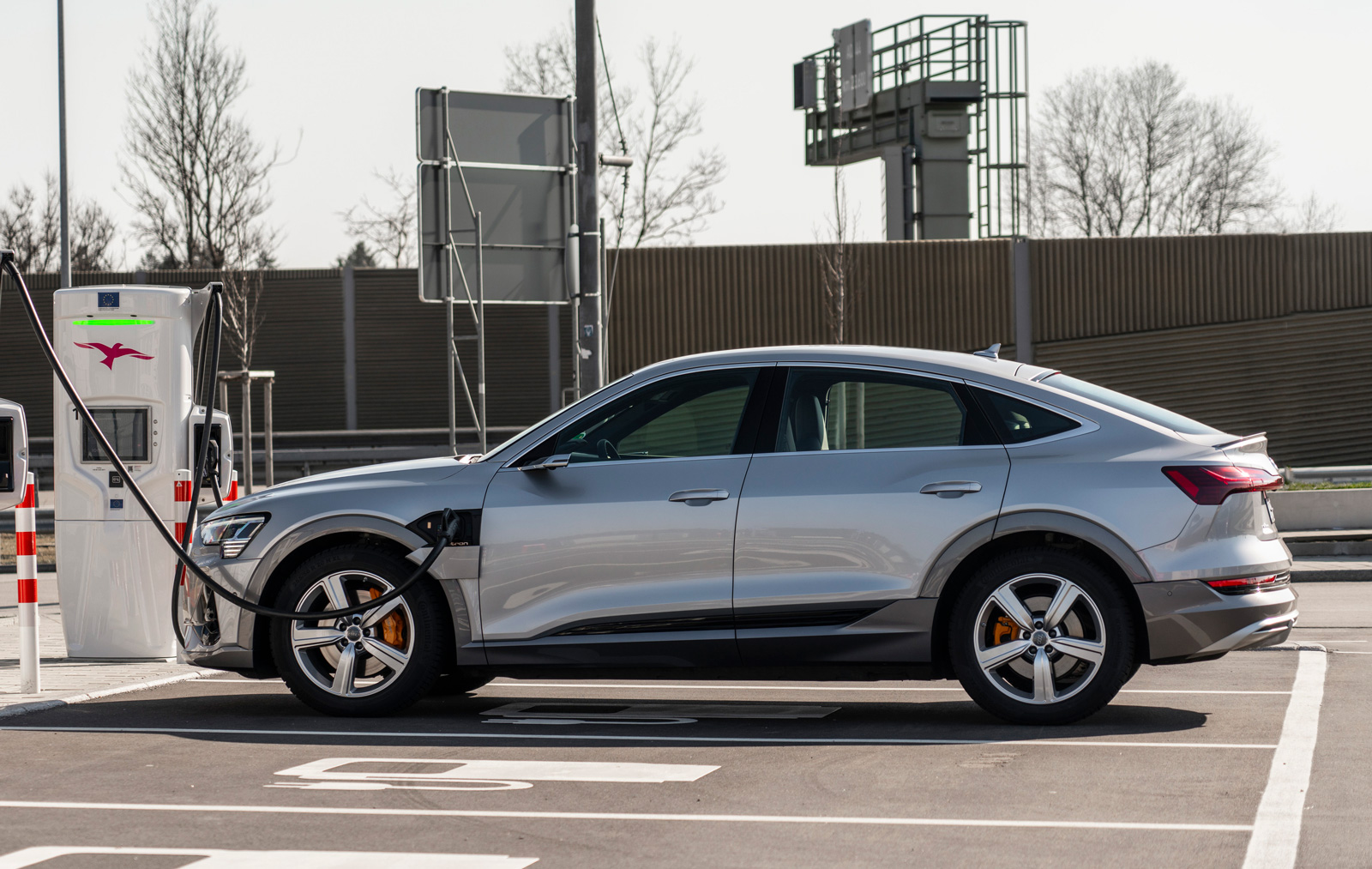 On top of that, Audi claims the software also ensures the e-tron 55 makes better use of its cooling features, so the battery and motors remain closer to their optimal temperatures for longer. Not only does this mean more efficient operation to partly-enable that greater range, it also means more consistently available rapid charging capabilities. Because electric cars charge fastest when their batteries are at the perfect temperature; it’s why EVs like to stick to a consistent schedule, so they can prime their batteries ahead of a top-up.

All in, Audi’s updates make small, but no doubt much appreciated improvements to what is easily one of the UK’s best-selling electric cars. For the prospective used buyer, whether the e-tron you’re interested in falls into that 2019-spec bracket or not doesn’t matter. Audi didn’t build e-trons before that window, and cars that came after it already have higher-grade software. So everyone’s a winner. Especially if you bag one of the great value options currently listed on cinch.