Vauxhall has pulled the covers off its new Astra before the five-door hatchback arrives on UK roads in early 2022, facing up to the Volkswagen Golf with a striking design and big technological boost. Based on the same platform as the 308 hatch from sister brand Peugeot, the new Astra comes with a choice of two plug-in hybrid engines as well as more conventional petrol and diesel ones. It also gets a big lift inside to go with the new exterior design, which might have earned it some fans already. Us included.

This is a handsome machine, but it doesn’t quite follow up that angular front end with a rear of the same design highs – not at least in terms of originality, anyway. It looks quite a lot like a Golf at the back, although presumably to prevent us from constantly confusing the rear of the Astra with that of its rival, Vauxhall has helpfully displayed the car’s name across the boot lid in spaced letters. Thanks guys. There are also a few unique design quirks, including a discreet nod to the original Astra from 1980 in the form of slats at the back of the rear passenger doors, and a pinched central bonnet line.

Inside, the dash gets a broad new digital infotainment screen, sharply-illustrated digital instrument cluster (where dials used to be) and, well, not much else. Vauxhall has clearly focused its efforts on minimising clutter, pushing more controls into the infotainment system. Mind you, there are some buttons just beneath the screen, and some more on the steering wheel, while the central tunnel is similarly clear of switchgear. The pictured car takes this simplistic theme to the maximum as it’s an automatic, but for those wanting a manual car, rest assured there’ll be a gear lever in place too for models equipped with that gearbox.

Because Vauxhall is owned by European parent company Stellantis, the Astra shares its underlying skeleton with the Peugeot 308. That means it inherits dimensions similar to those of the French model, unlocking more interior space and legroom, while also growing the boot so it beats both the Golf and the Ford Focus. There’s enough room in there for three suitcases, and that’s before the back seats are folded down, freeing up space for flat-pack furniture. 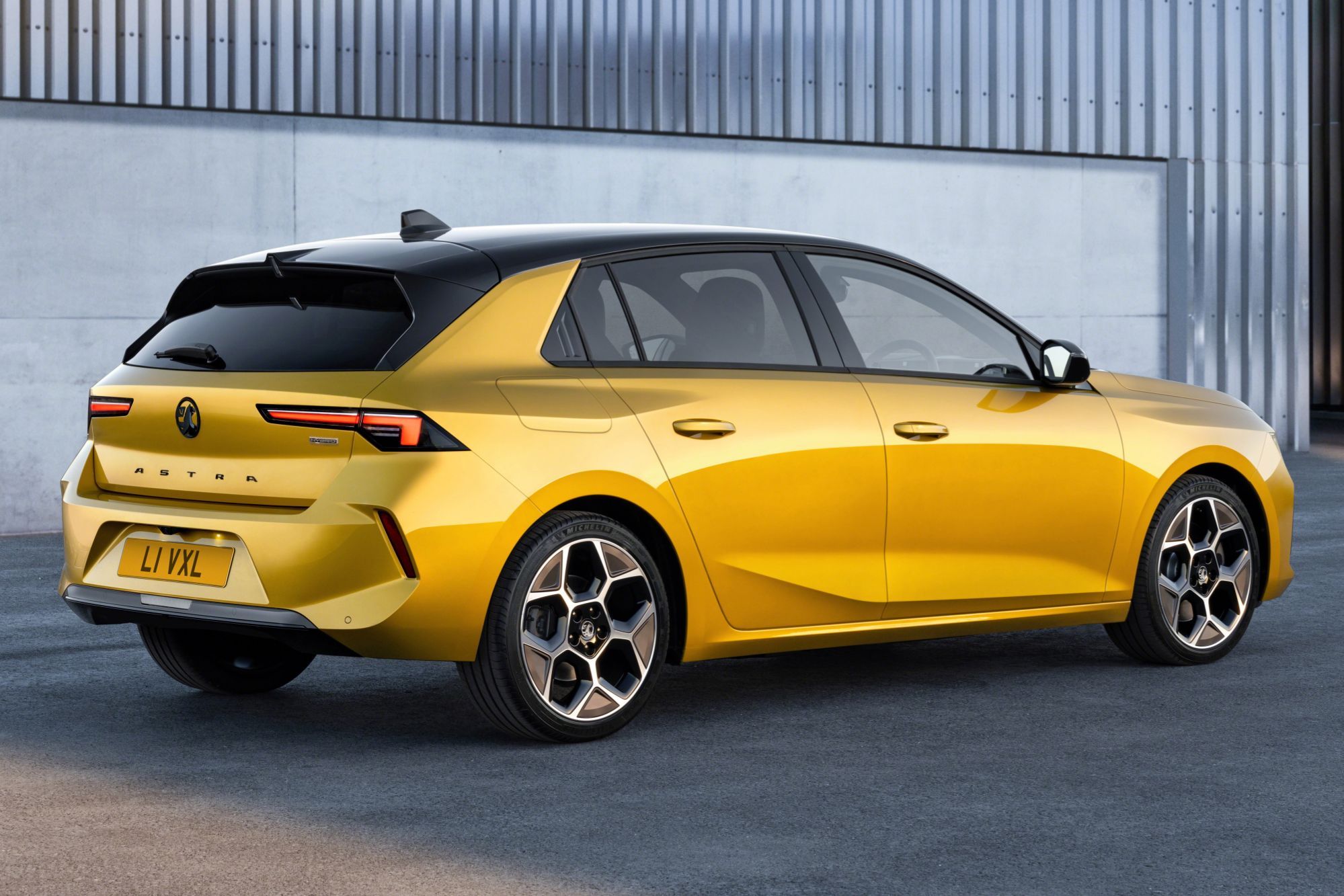 As for the engines, the aforementioned hybrid options will give buyers a mix of both 1.6-litre petrol engine and electric motor power, with the entry-level version producing 180hp and a higher-spec one producing 225hp. Pretty nippy. The electric motor enables around 31 miles of emissions-free travelling when the accompanying battery is fully charged, something that can take as little as two hours when the car is plugged into a domestic ‘wallbox’ charger, which Vauxhall sells separately to boost your home power supply. For longer journeys, both petrol and electric power can work in tandem to lower your fuel usage and reduce CO2.

The non-hybrid versions of the Astra also share their engines with the Peugeot 308, with a 1.2-litre petrol producing 110hp, or 130hp in a higher spec version, and a turbocharged diesel giving buyers another frugal 130hp option fit for life on the motorway. The cheapest Astras will come with a six-speed manual gearbox, while others will come with an eight-speed automatic. Not surprisingly, thanks to their more complicated engine setups, the hybrids only come with the automatic gearbox. Expect them to be popular with company car drivers and inner-city dwellers alike.

Like what you see? Orders will be taken from autumn, with the first customer cars arriving on roads in early 2022. Prices are yet to be confirmed, but we’d expect them to open from £22,000, with the higher-grade models (including the hybrids) edging over £30,000. Of course, you needn’t wait until 2022 to bag yourself a shiny Astra, because cinch has 20 cars on sale as we bring you this news, with prices starting from just over £8,000 – less than a third of the upcoming car’s entry price. Not only that, but all our cars can be delivered directly to your door. Talk about no faff. 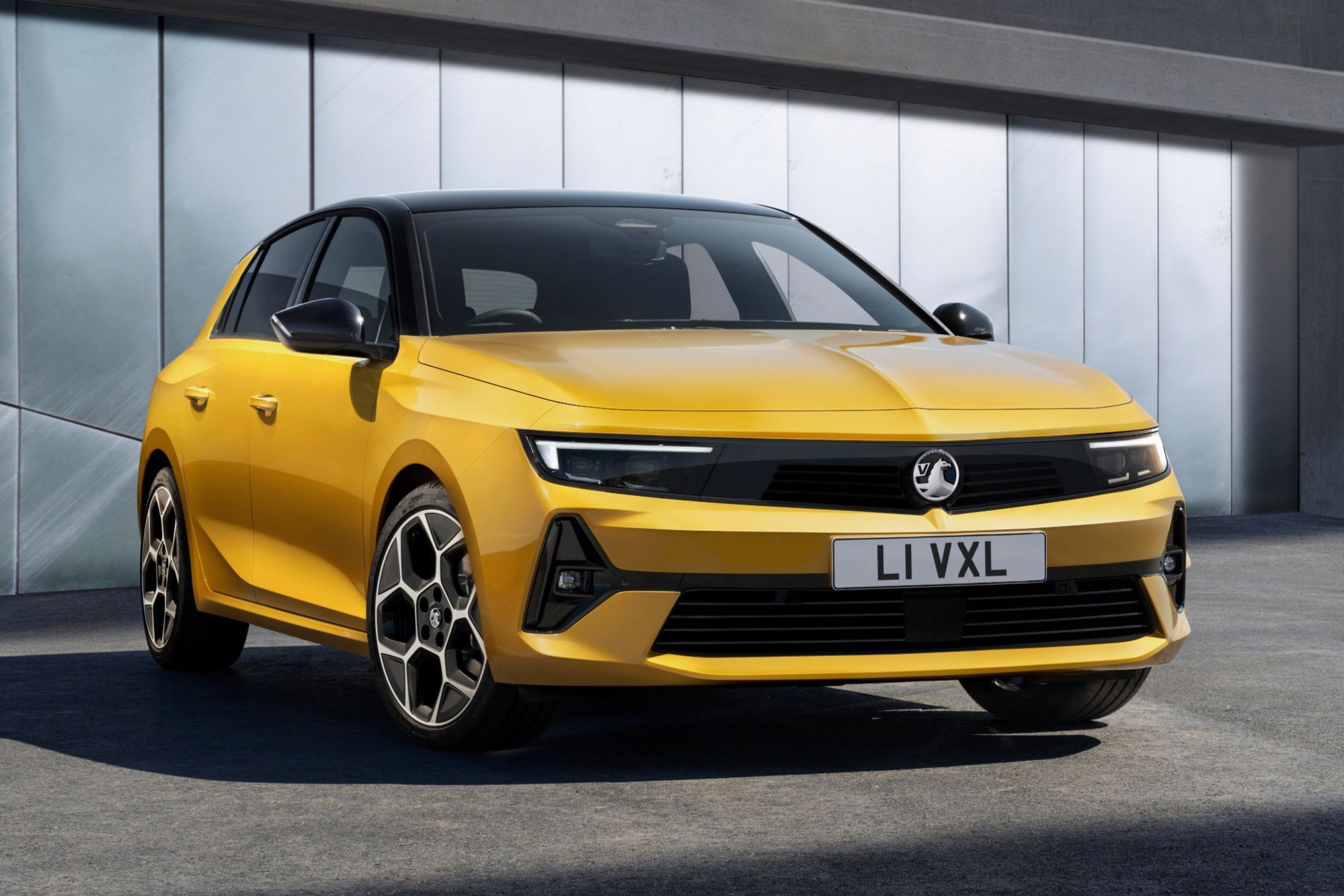 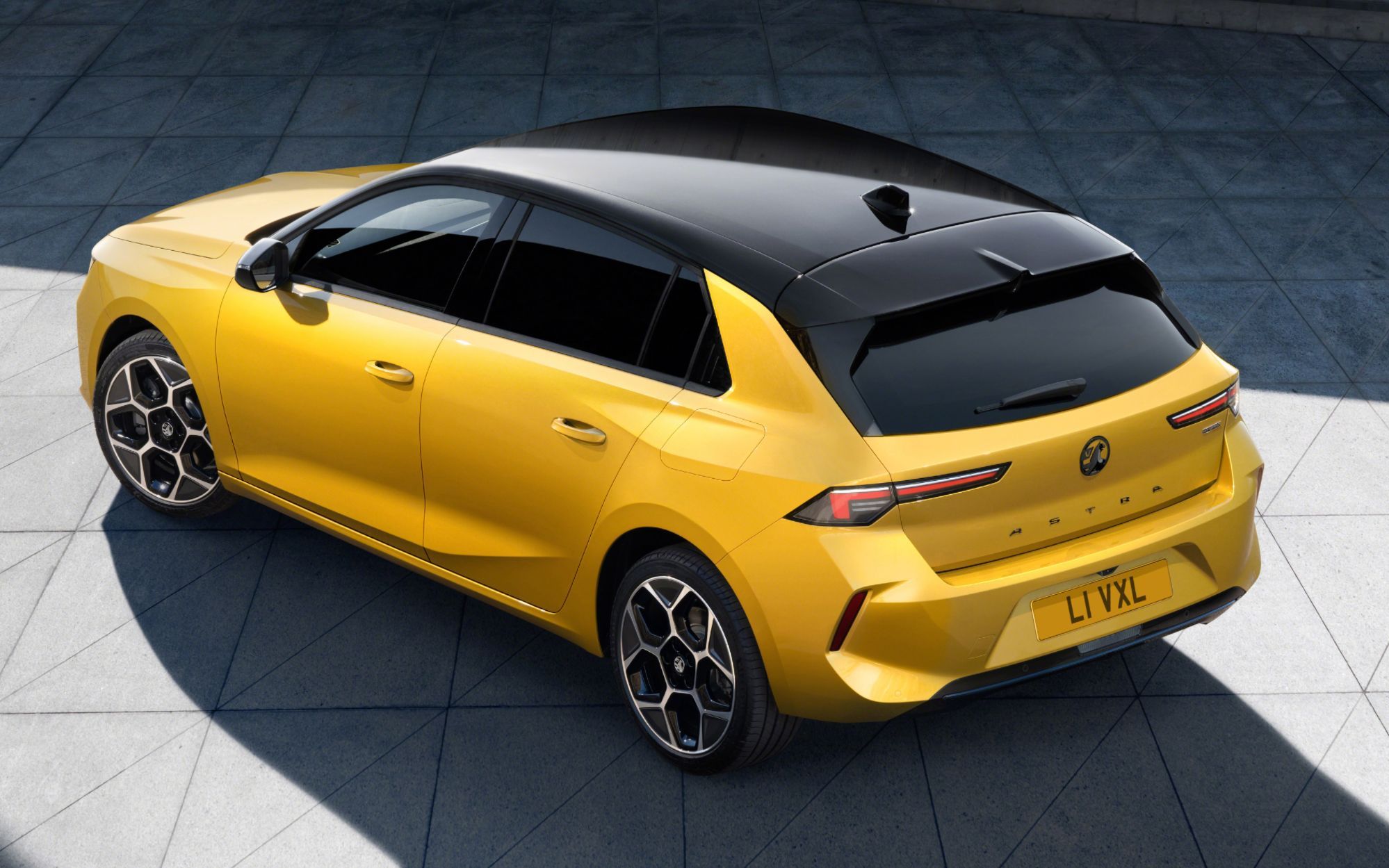