Tech fans, we've good news: Apple CarPlay is set for a major makeover in its next generation. In total contrast to when the next iPhone lands and looks exactly like the one that came before it, the next-generation CarPlay tech transforms the system's capabilities and reach substantially. To the extent that Apple reckons it could help you control almost all aspects of a car's interior and settings. Bold.

The current version of Apple CarPlay is effective but comparably simple, as it lets you mirror your phone to the infotainment screen, giving you easy access to key apps like iMessage, Spotify and Waze.  But the forthcoming CarPlay system is intended to integrate with all of the digital screens in your car, including the driver’s instrument cluster display. That means Apple's system could illustrate your car's digital dials (speed, fuel, revs etc), as well as the digital adjustments for aircon, seat settings and so on, in cars where these features are controlled by touchscreens. We're looking at you, Range Rover Velar.

To emphasise the extent of its ambitions with the next-gen CarPlay technology, Apple has released teaser pictures showing how you'll be able to customise an interior's digital vibe. From widgets to colours, and day or night mode, expect to get the same ambiance many Apple users have already grown to love on their other devices. 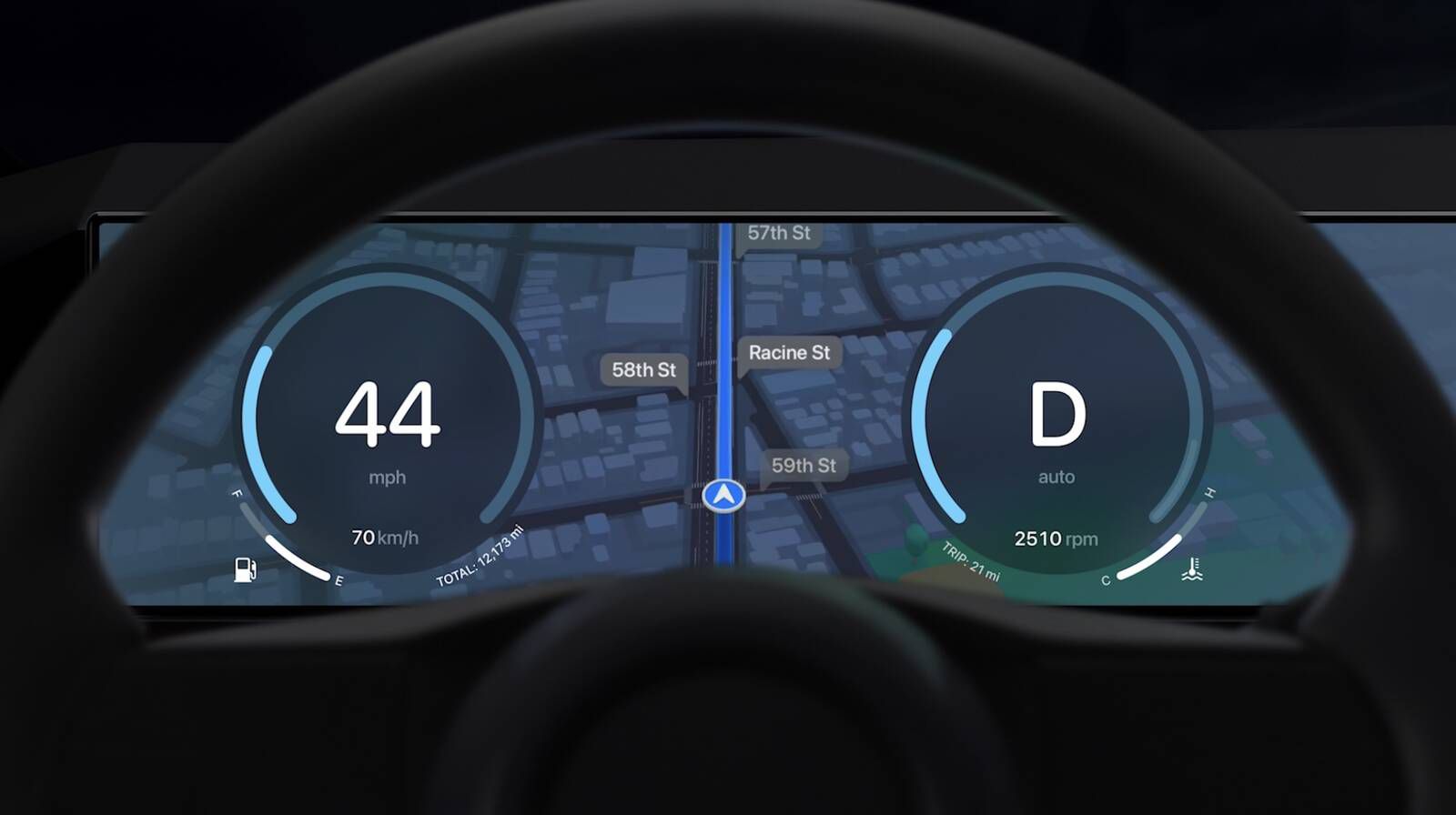 Of course, there's no guarantee all brands will be immediately overjoyed to hand over all of the digital interfaces of their vehicles to Apple. Don't forget, companies like Porsche have recently spent millions on developing bespoke digital systems for models like the Taycan. They're considered to be key components in defining the unique driving experiences of cars. But it's certainly telling of increasing integration between smartphones and cars in the near future.

But how far into the future? Well, Apple is set to make more announcements in late 2023, so there is still a wait to go (isn’t there always for best things?). It’s also not confirmed yet which manufacturers will be implementing Apple's new CarPlay system first. Although considering how popular CarPlay is currently, it’s likely to have a big consumer pull.

Naturally, the future car model that'll be most integrated with the next-gen CarPlay tech will be the actual Apple Car, an autonomous electric vehicle that's long been rumoured for development. Expect to see plenty more from this American tech giant in the coming years.

How does Apple CarPlay work?

Apple CarPlay allows iPhone owners to connect their phone to a car and show an iOS screen on the infotainment system display.
View more

What does the infotainment system in a car do?

An infotainment system controls a car’s information and entertainment functions, usually through a screen mounted on the dashboard or in the centre console.
View more

What is a car's centre console?

The centre console is the area in the middle of the dashboard that contains the buttons and switches for operating most of the car’s functions.
View more