2022 just so happens to be the 50th year of BMW’s M division, the sporting arm which produces the Bavarian car maker’s hottest models. The M3 is arguably the most bread-and-butter model of the M division’s line-up, having mixed the base of the BMW 3 Series into a high-performance offering since the first (and legendary) M3 arrived in 1986. The current car retains four doors and five seats, and even a Comfort mode for you to politely motor about in. But there’s no mistaking the M3’s purpose. It. Is. Hot.

Naturally, the latest version of the M3 – code-named as the G80 generation, as BMW aficionados will know – is the hottest of the lot, with 510hp produced by its turbocharged 3.0-litre engine. For the first time in the model’s history, BMW now offers the M3 in both rear- and all-wheel drive versions. The former is aimed at the purists who believe BMWs should only come in rear-drive guise. The latter is for those who want a more rounded performance car.

We love both versions because they’re each appropriately cooking, but when it comes to celebrating BMW’s birthday, it feels right to have a car that sends its power to the back wheels only. That’s how BMW M models of yesteryear did things. And when it comes to the new M3, there are actual benefits of such a setup, such as a weight saving thanks to the lack of extra front-drive hardware. Plus, you’ll get to brag to your mates that you went for the more traditional model, and it’s cheaper to buy, too. Winning. 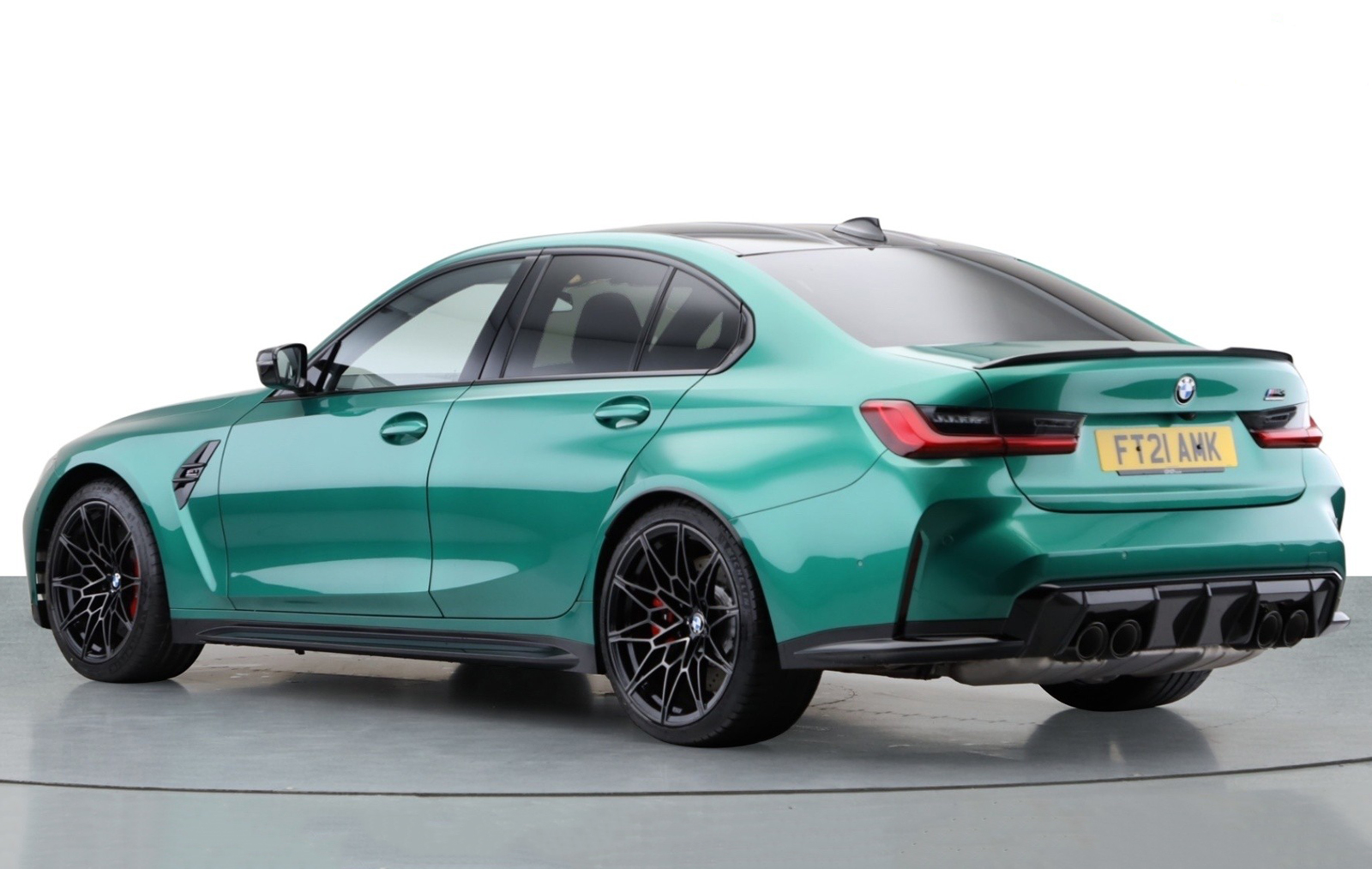 For your money, you get a saloon car with a plush interior, high-tech BMW infotainment and, despite the steroidal makeover, a proper boot. You can use the M3 as you would any other 3 Series model, but were you to, say, decide to do a track day (read our handy guide before you do), you’d have a car capable of thrilling and impressing in equal measures. A powerful engine, fast-reacting automatic gearbox, and terrific handling and brakes make for the full package. This is a true M3, there’s no doubt about it.

Eagle-eyed readers will have noticed the car we’ve picked out here is an M3 Competition, meaning those track-worthy traits are turned up to eleven. Yet despite offering the most performance of any rear-drive M3 yet, the M3 Competition remains as theoretically usable as a BMW 320d – so long as you don’t directly compare the fuel bills. But while the six-cylinder engine in the M3 is unquestionably performance-honed, it does settle down on a cruise. It can be docile and sip fuel to manufacturer claimed average of 28 miles per gallon in mixed driving. Not bad.

This particular M3 Competition comfortably fits into cinch’s supply of ‘nearly new’ cars, too – find more here – because it’s a 2021 car with only 2,519 miles on the clock. At £74,450, it’s a fine way to celebrate BMW M’s impressive milestone – and a car you’re unlikely to get bored of any time soon. Or ever. Still need convincing? Handily, cinch will be featuring an M3 Competition model in an upcoming YouTube video to celebrate that birthday, which you absolutely won’t want to miss. Subscribe to our channel here to see it first. 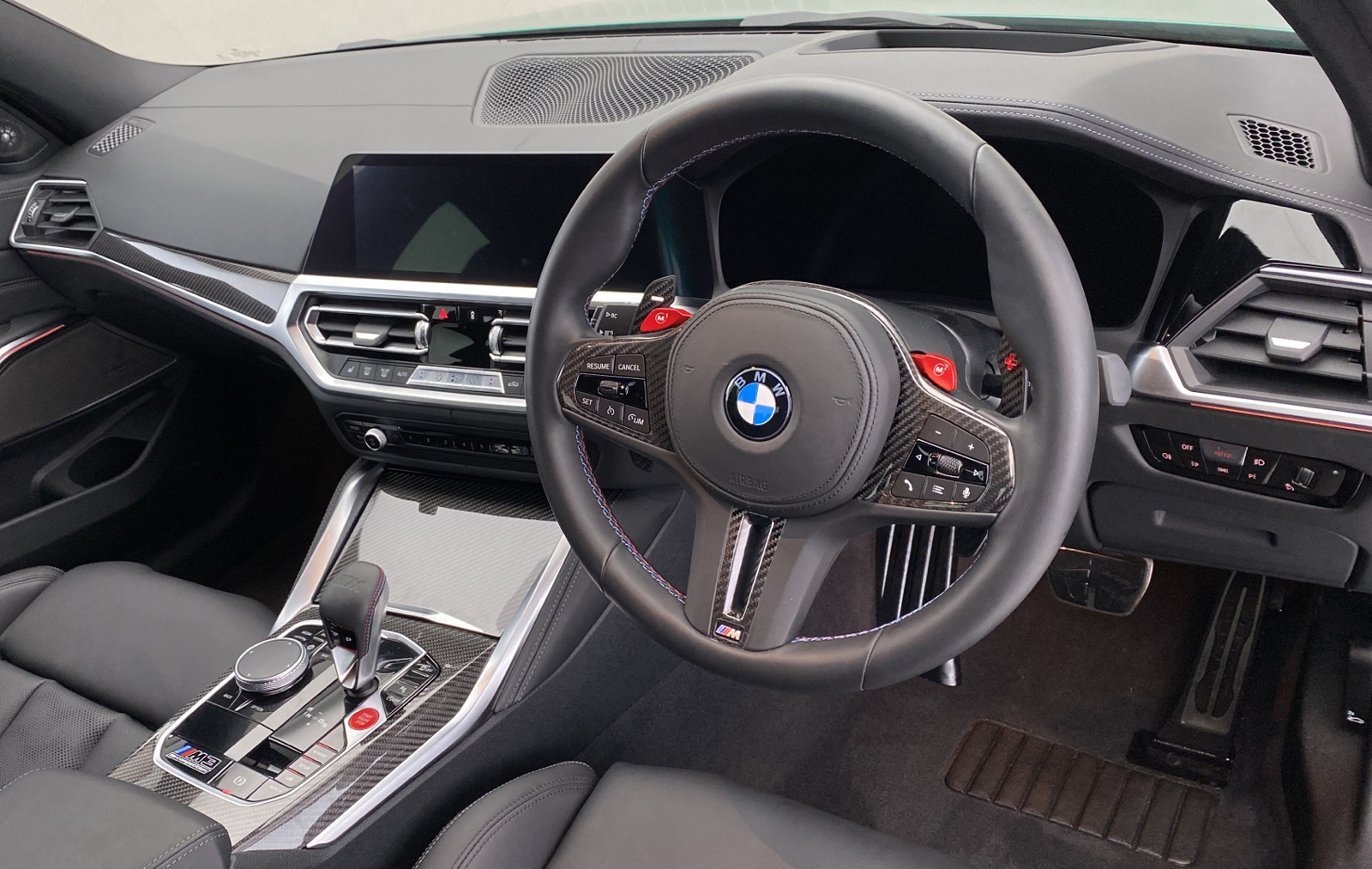 What is rear wheel drive in a car?

A rear wheel drive car is one where the power generated by the engine is sent to the rear wheels, which then ‘push’ the car along.
View more

How does a turbocharger work?

A turbocharger is a device that helps an engine produce more power.
View more