BMW has given us an early glimpse of its updated 2 Series Active Tourer before it arrives on roads next spring, showing its tweaked exterior design and a raft of technology upgrades both outside and in. BMW is taking orders for its revamped rival to the likes of Volkswagen’s Golf SV and Citroen’s C4 now, with prices starting from £30,265 and first deliveries penciled in for March – just in time for any springtime family getaways. As far away as that seems.

You’ll likely have already spotted the most eye-catching aesthetic change to the exterior of BMW’s multi-purpose vehicle: those massive kidney grilles. From a design point of view, they’re probably going to be as divisive as the big grilles on other BMW models, like the wide-mouthed M4 and X7, but they do serve a technical purpose. Behind the slats is a radar sensor to provide ‘sight’ to the Active Tourer’s upgraded driver assistance systems, while the bigger grilles get an active air flap that can open when the engine needs air, or close when it doesn’t, aiding performance and aerodynamics.

BMW’s designers have applied a few other nips and tucks to the 2 Series Active Tourer’s body, with sharper lights front and rear, a wider stance thanks to pushed-out wheels and more aggressively styled bumpers. The exterior makes the new Active Tourer an altogether sportier looking car, although in truth, the 2022 update’s most significant changes are to be found inside. BMW has integrated its latest infotainment technology into a single slab of wide-screen digital display. The slab of screen looks like one piece, but in truth there are two displays in it: one 10.25-inch instrument cluster and one 10.7-inch touchscreen. 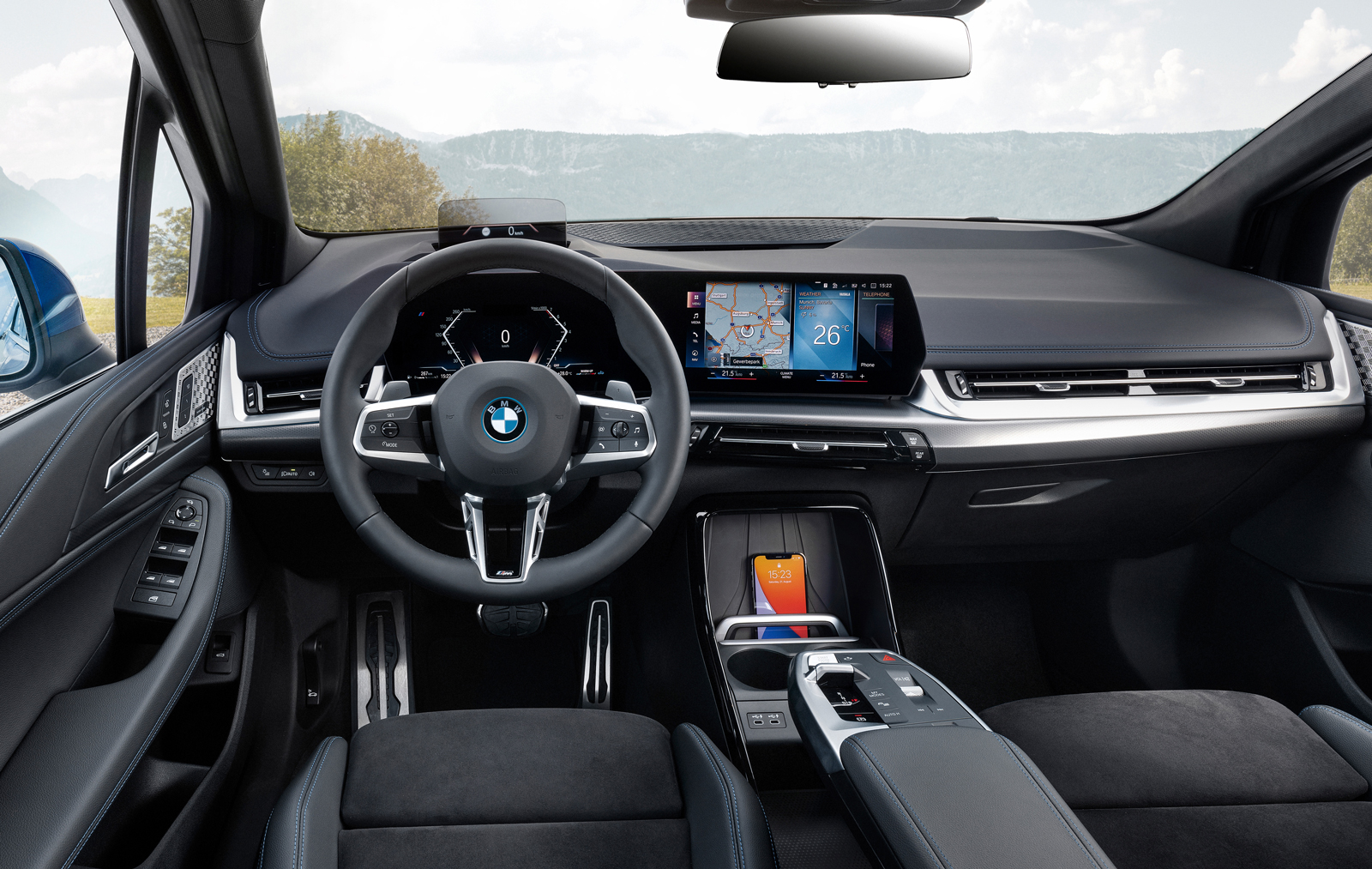 This touchscreen replaces most of the buttons that have been found on previous Active Tourers, providing a smartphone-like operation and the clean, crisp graphics that have been developed as part of BMW’s internally-made infotainment system. You can, of course, ignore most of BMW’s software and wirelessly connect your smartphone to the system, displaying either Apple CarPlay or Android Auto in its place. Let’s face it, that’ll be the preference for most of us. That said, BMW’s satellite navigation system does try to woo you with its augmented reality displays, which are actually very handy and a step above anything currently offered by smartphone apps when it comes to technical pizzazz.

BMW has made some engineering tweaks to the underlying 2 Series Active Tourer base, as well, promising better steering response and handling, particularly from the front end. Plus, the engine line-up receives the manufacturer’s latest in hybridised powertrains, including a 1.5-litre turbocharged three-cylinder with 170hp, and a 2.0-litre turbocharged four-cylinder with a hot hatch-rivalling 218hp. Thanks to their use of the same mild hybrid system, powered by 48-volt electrical gubbins, and the same seven-speed automatic gearbox, both options ought to offer effortless, easy performance, even when the car’s loaded up.

Those wanting even more electrical power may be pleased to hear that two fully hybrid versions – which will require plugging in to offer their best – are in the pipeline, each offering a range of 50 miles in electric mode respectively. Not bad. But you will have to wait until 2022 for the privilege of ordering them. By contrast, hybrid 2 Series Active Tourers are readily available on cinch, with this 2019-spec 225xe (‘xe’ representing this car’s all-wheel drive, plug-in hybrid status) on sale for – you’ll like this - £22,950. This one even comes dressed in M Sport trim with 18-inch alloys to match. Tasty. And practical. 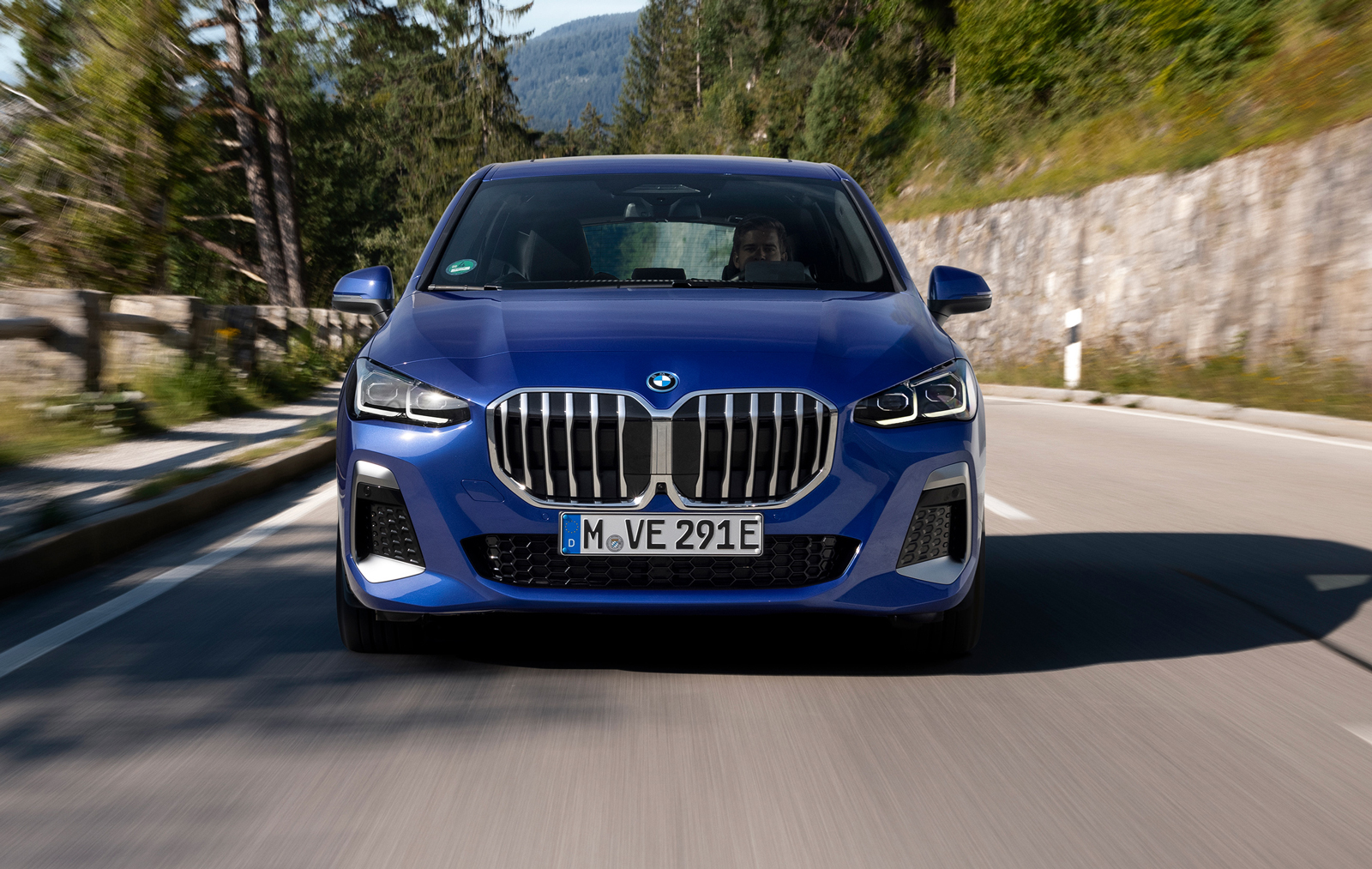 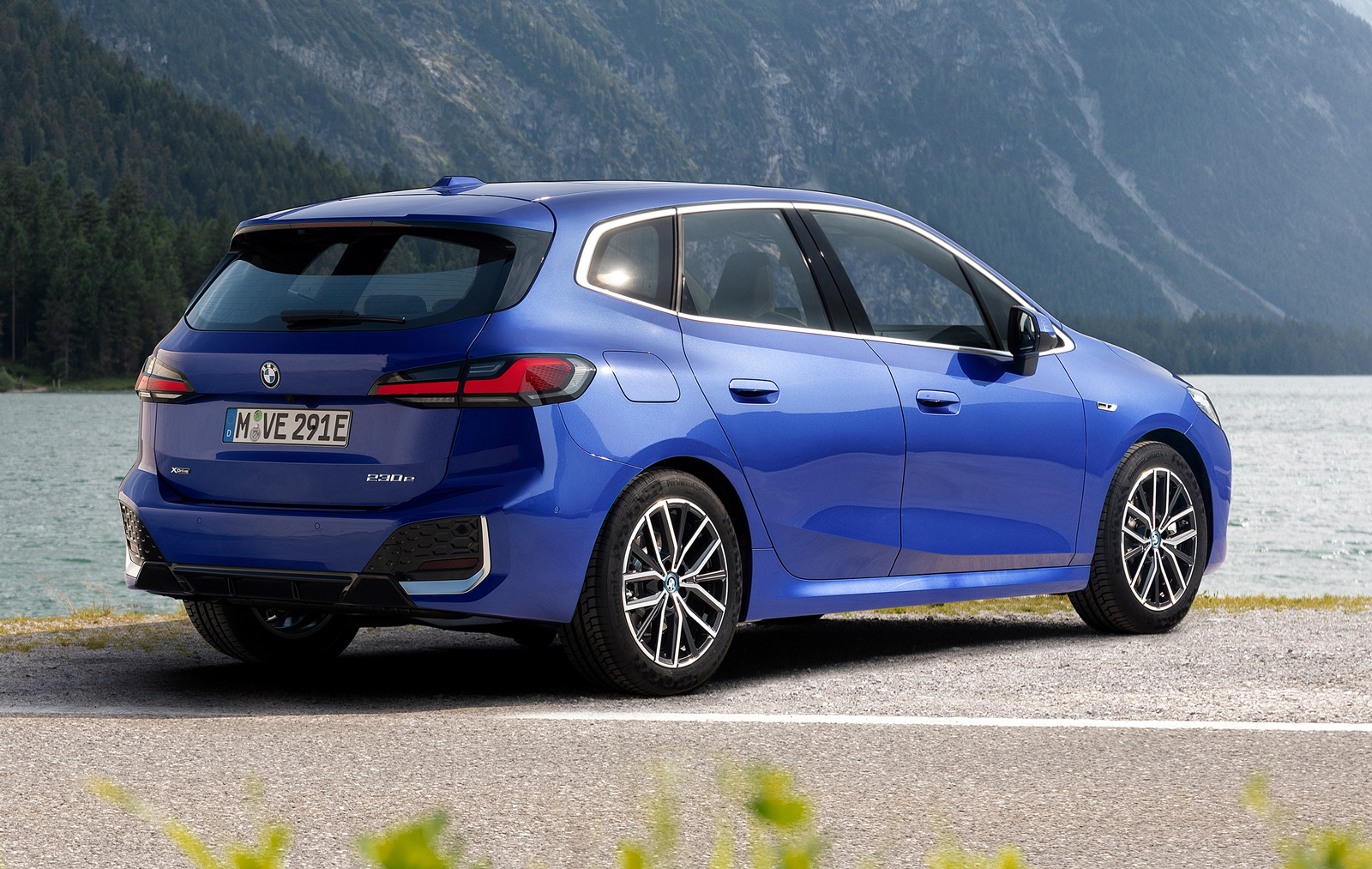