Anyone familiar with the Toyota Yaris Hybrid’s design might be slightly confused by the sight of the car you see in this article, which looks totally identical yet is badged as a Mazda. The reason is that Mazda and Toyota have a partnership that sees the two Japanese firms working together on electrified models, so the brands can occasionally ‘share’ models to help boost their output of hybrid and battery-powered cars. The Mazda 2 Hybrid, which will go on sale next year alongside the ‘regular' Mazda 2, is the first British-bound example of that.

We say first British-bound example, because in the US, Toyota actually sells its own version of the regular Mazda 2. The hybrid car you see here balances that deal. If you’re wondering what would make a buyer choose a Mazda version of the hybrid supermini over a Toyota one, it’s likely down to brand preference, minor differences in trim equipment and, perhaps, logistical factors, like having a Mazda service centre closer to your home than a Toyota one. Certainly, it won’t have anything to do with on-road performance, as both versions are technically identical. 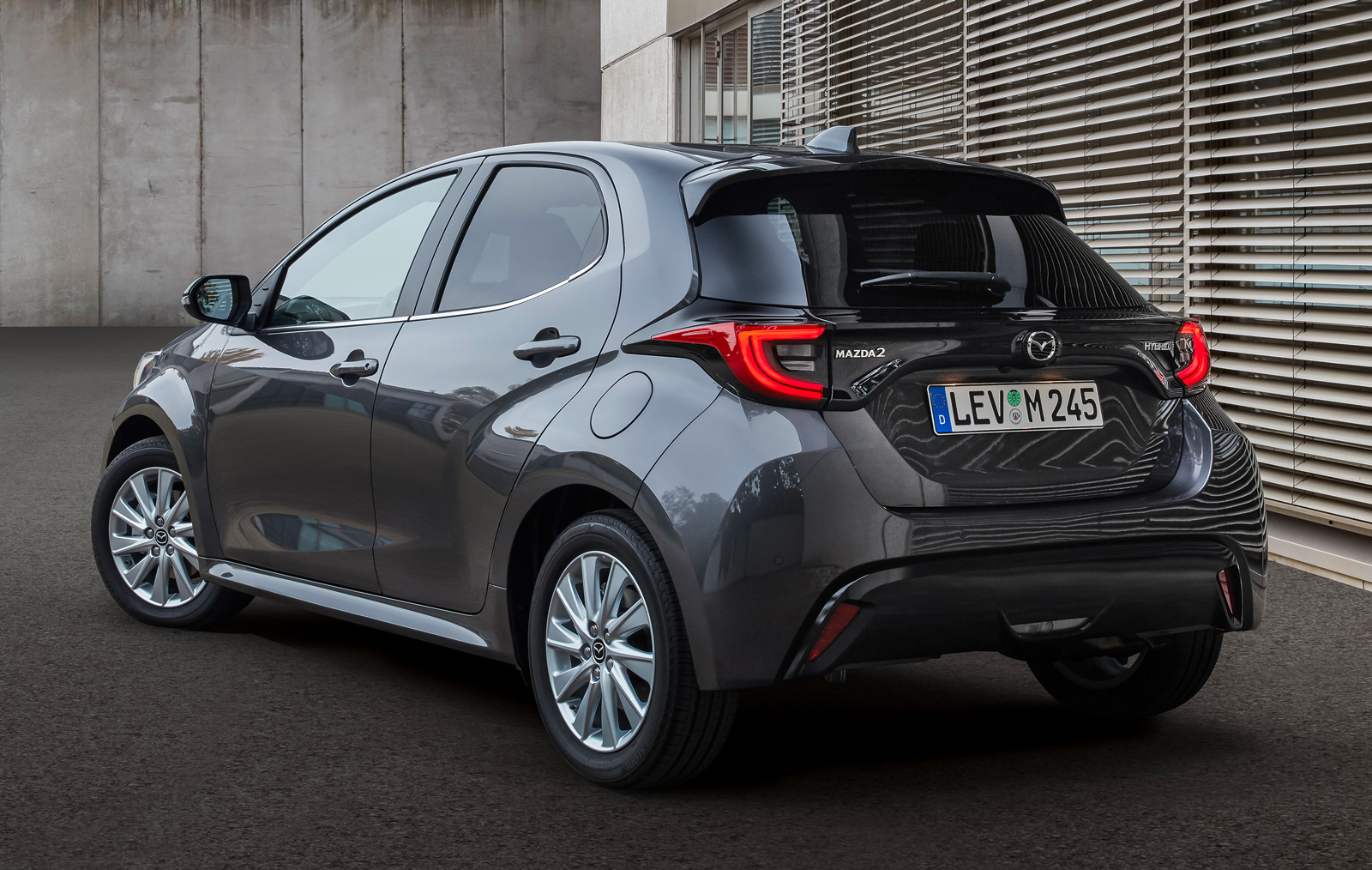 Take the engine, for example, which is carried over from the Yaris Hybrid into Mazda’s car. It’s a 1.5-litre three-cylinder turbo petrol engine that works with a single electric motor for a total power output of 116hp. It’s a peppy setup, capable of sprinting you from 0-62mph in 9.7sec and onto a top speed of 109mph, if, say, you’re on an unrestricted section of German Autobahn. On British roads, what matters most in the Mazda 2 Hybrid is a claimed 74 miles per gallon combined fuel economy, and a quoted CO2 output of between 87 and 93 grams per kilometre.

That means cheaper tax, fewer visits to the petrol pump and some genuine eco-credentials. Naturally, the Mazda 2 Hybrid – like the Toyota version – is most at home in an urban environment, where the car starts and initially drives away with the electric motor. The petrol engine then seamlessly kicks in and adds to the power, making for a surprisingly effortless feeling behind the wheel. When you brake, some of that energy is captured and then fed back into the battery pack. These cars have been engineered for ease of use and convenience, above all else, and we really like them for that. 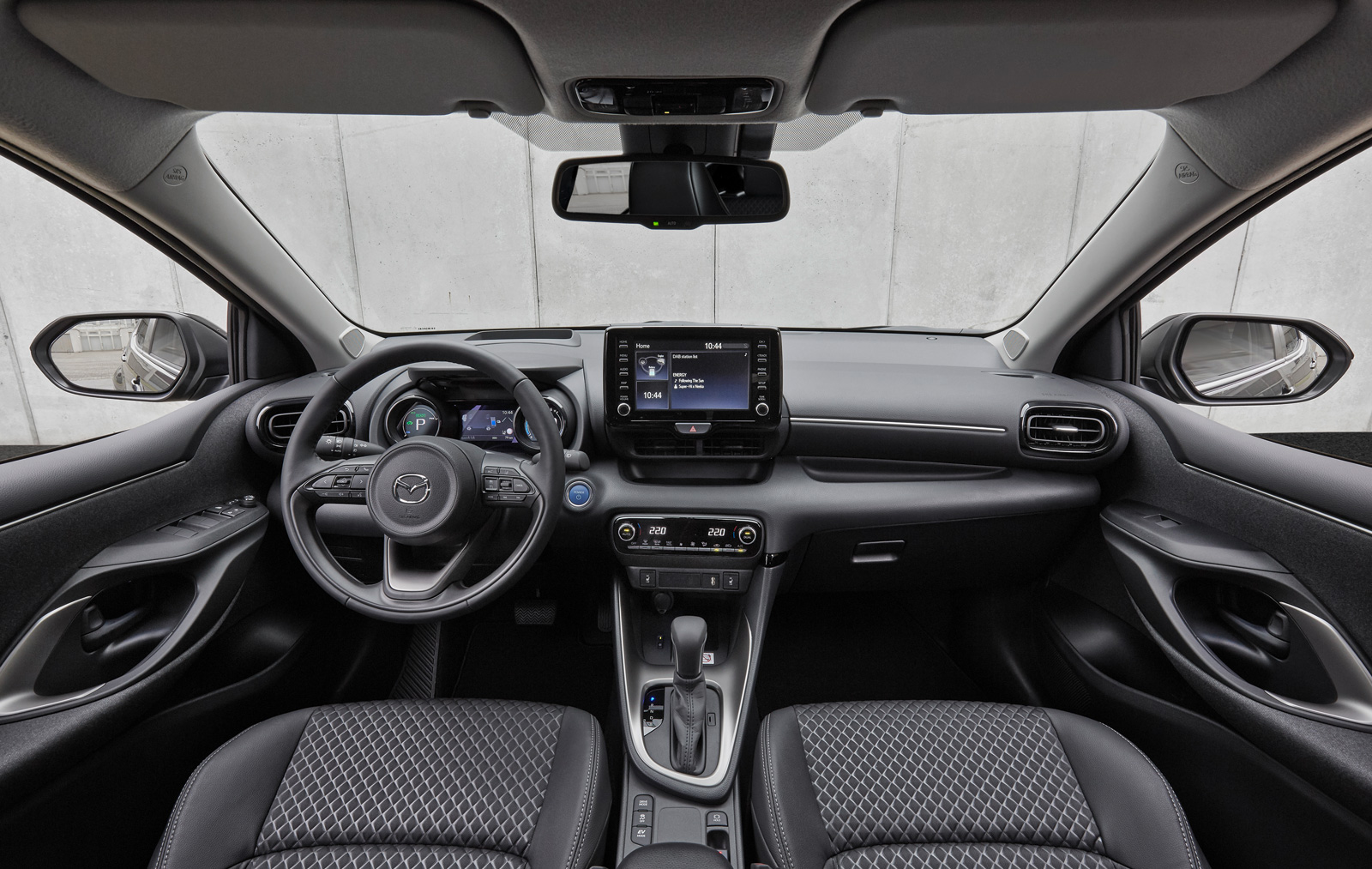 We’re also quite keen on the design, which – those who follow Toyota’s sporting efforts may already know – actually borrows much of its shape from the bonkers GR Yaris, an all-wheel drive, rally-derived hot hatch that has 260hp. While it’s true that the Mazda 2 Hybrid and its Toyota sibling share little more than that car’s shapely body, it does at least ensure they look pretty good from all angles. Those muscular wheel arches are especially telling of the car’s links to Toyota’s motorsport machinery. Along with those eco-credentials, that’s something to brag about to your mates.

We’re a while away from knowing more about Mazda’s new Hybrid 2, like an exact on-sale date and pricing. Although given that the Toyota Yaris Hybrid starts at a few quid less than £20,000, we’d guess the Mazda version will also start from somewhere around the £20k mark. You needn’t wait to bag one of these cars, though, as cinch already has a 2021 example of Toyota’s take on the hybrid hatch formula online, in high-rank Design trim and with only 532 miles on the clock. Order now, and it could be outside your front door before the end of the working week. 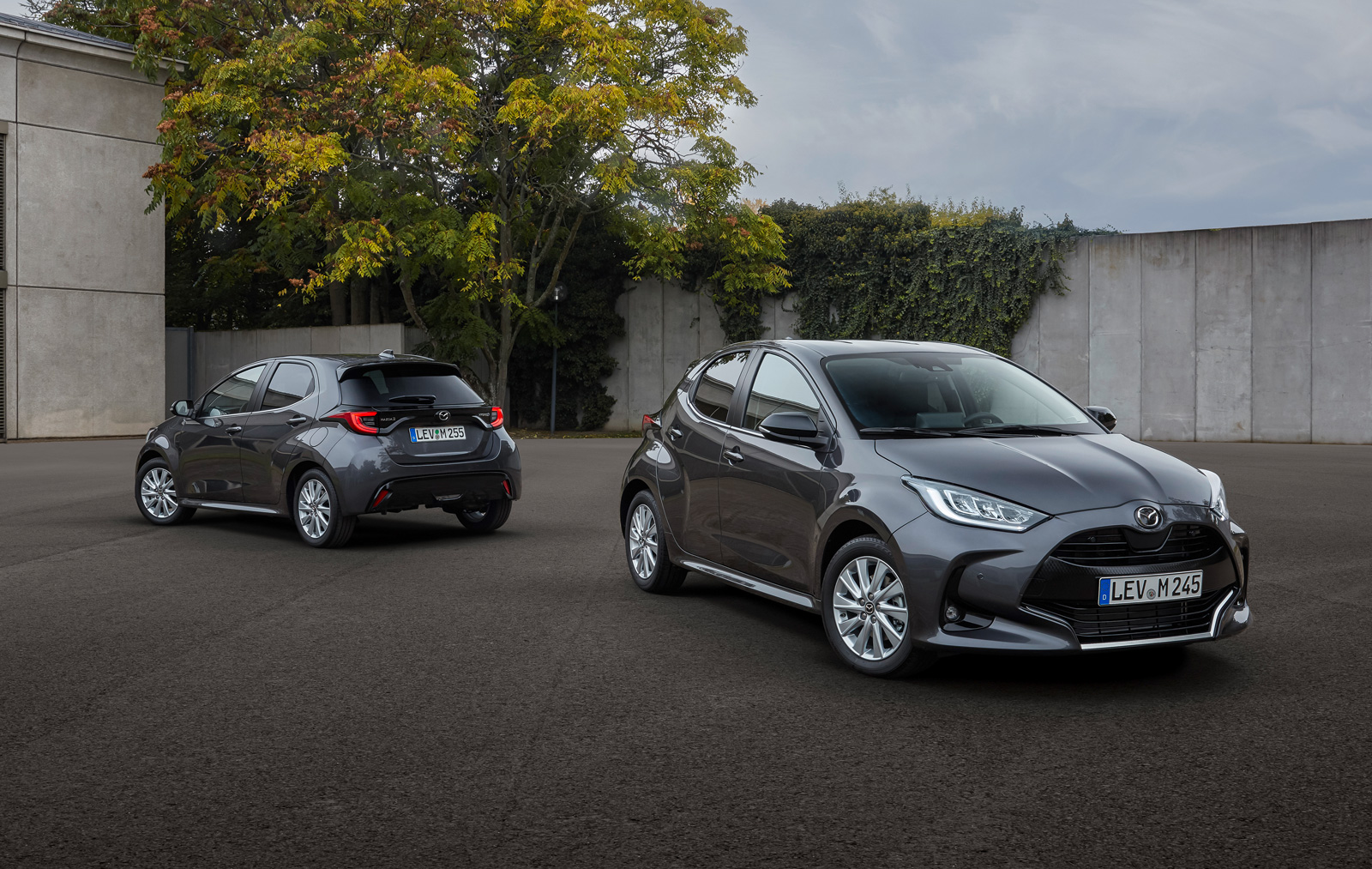 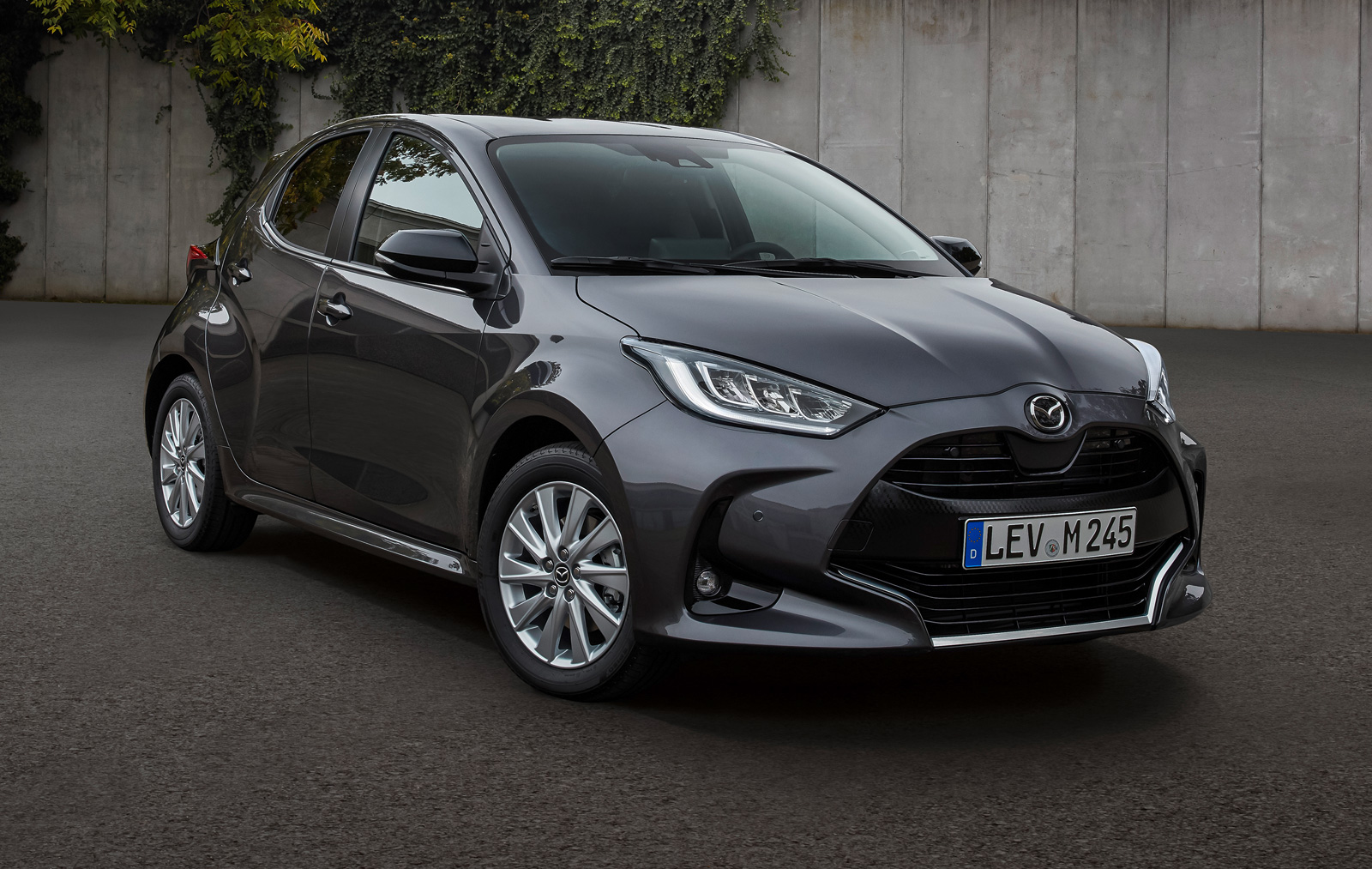