What happened to diesel?

Cast your minds back to about a decade ago and you may remember the world’s attitude to diesel was very different to now. In fact, it was near enough the complete opposite. Diesel cars were regarded as the cleaner alternative to petrol, with a smaller average output of CO2 – which, you may already know, contributes to global warming – at the tailpipe. This was reflected in lower road tax and rising popularity among car buyers. Manufacturers responded by investing heavily in diesel technology, so in only a handful of years, diesel engines evolved into advanced, refined powerplants – a far cry from the clattery, smoke-belching diesel motors of the 20th Century.

How quickly things can change. Fast forward to 2016, and diesel was no longer seen as a solution. Despite consistently producing less CO2 than petrol engines, a global emissions scandal broke out when it was revealed many diesel models produced far more nitrogen oxides (NOx) than they were claimed to do. While not classified as a greenhouse gas like CO2, NOx is harmful to human health, especially when concentrated in urban areas. It quickly became clear that a new problem had been created by the rise of diesel. 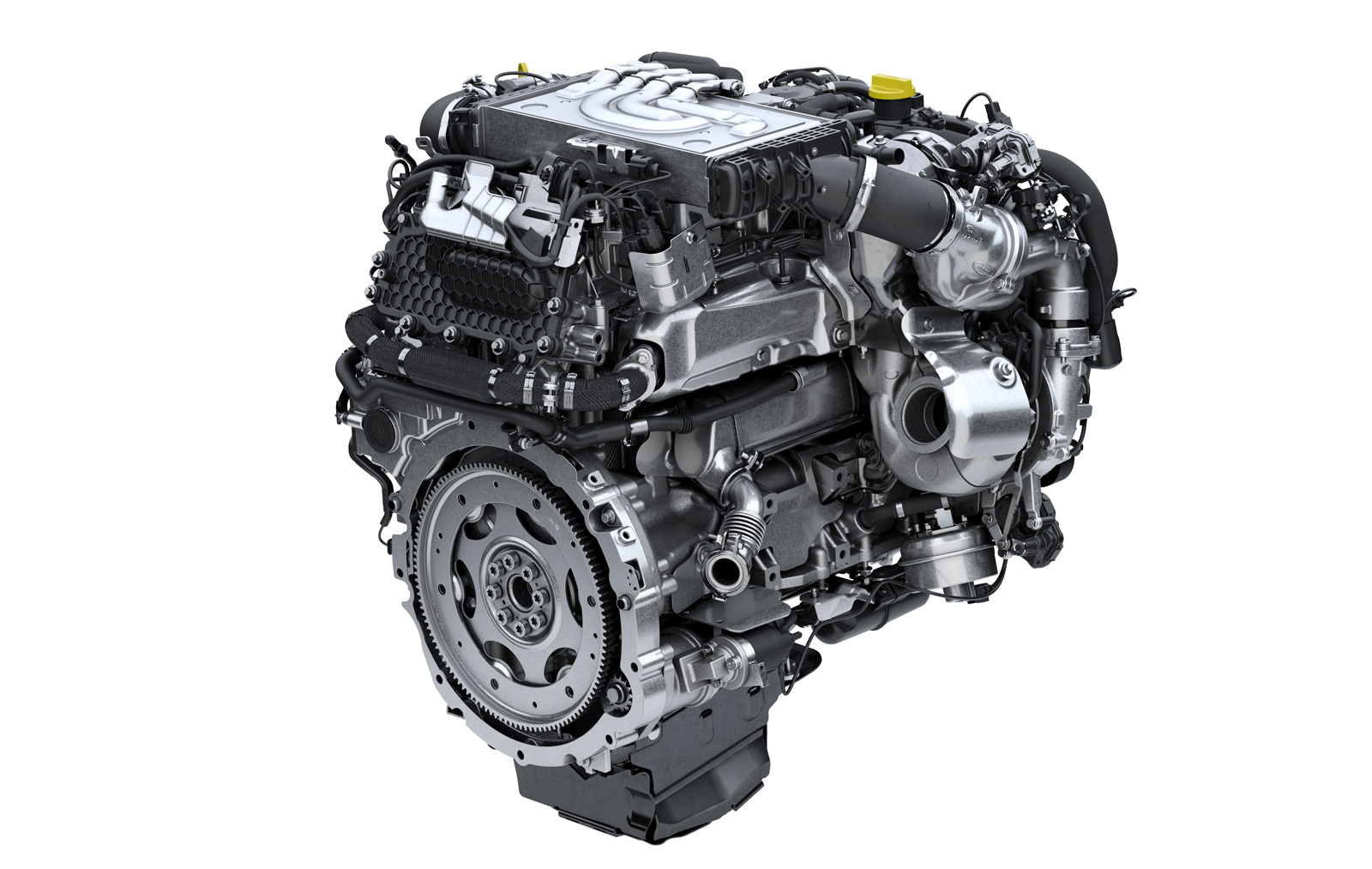 In response, the UK Government launched its Clean Air Strategy in a bid to reduce the number of diesel vehicles on the road. The new bill gave local authorities power to begin charging owners of diesel vehicles not rated to the Euro 6 emission standard a fee when entering designated Clean Air Zones. In 2017, an additional tax was introduced on the sales of new diesel vehicles that failed to meet these standards. The war on diesel had begun.

Naturally, this resulted in a gradual decline in the popularity of all diesel cars. By 2018, 14 consecutive months of falling sales had been recorded. For many, it seemed like the end of the road for diesel cars, especially with the increasing popularity of electric and hybrid models as well as the prospect of cleaner types of petrol being introduced.

In the year-to-date (Oct 2021), diesel cars account for just 8.9% of the new car sales in Britain. Fully electric cars account for 9.5%. But, there are many who argue diesel’s demise hasn’t exactly been fair – or, indeed, right. 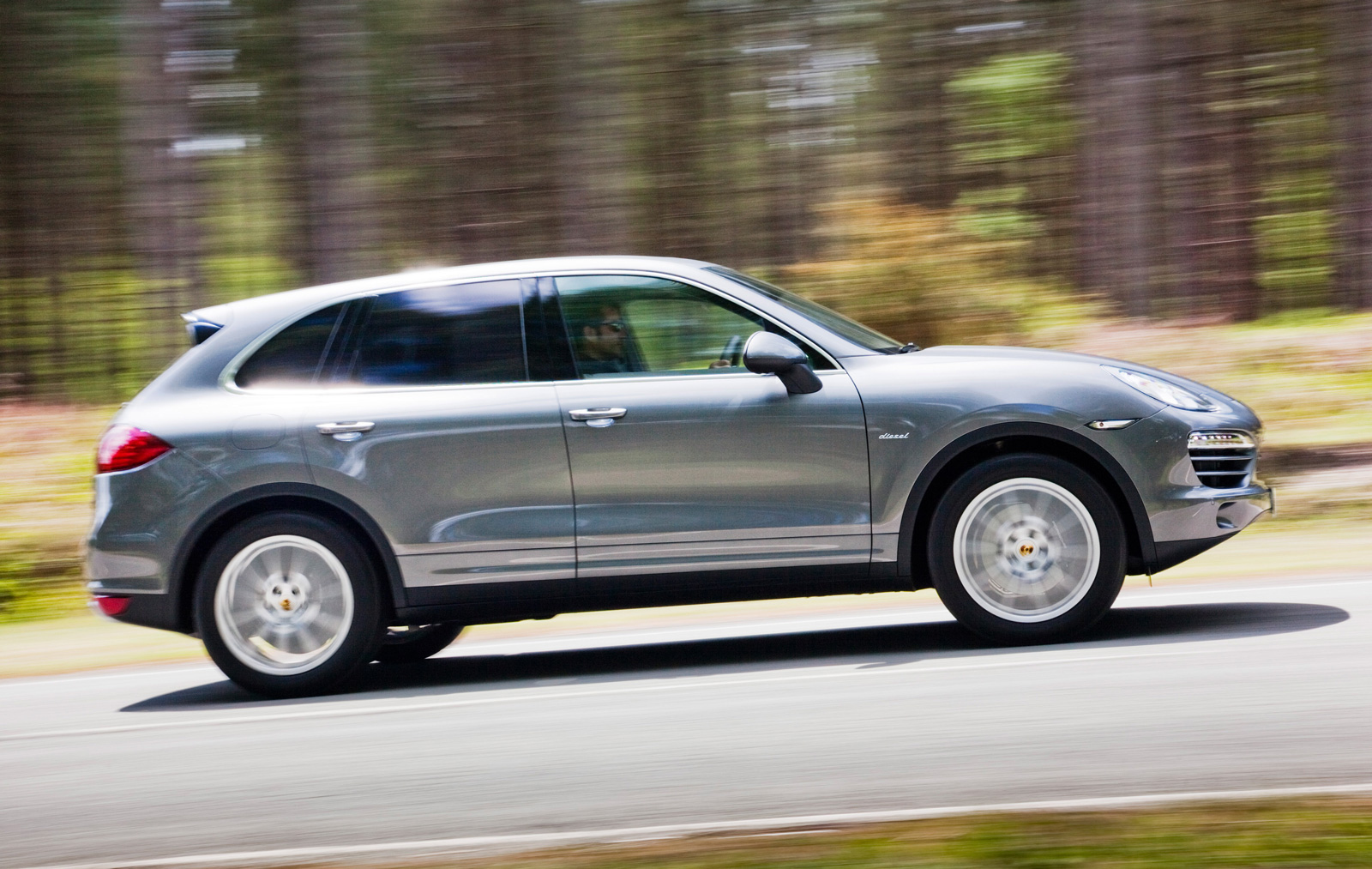 One of the key causes of climate change is said to be carbon dioxide emissions. This, among other elements, is a waste product that is created in the burning of fossil fuels like petrol and diesel. It’s also directly related to the amount of fuel that is burnt. Logically, this means that the more fuel an engine uses, the more CO2 it’s going to produce.

One of diesel’s biggest selling points is that they can deliver far greater fuel economy than petrol-driven ones, covering far more miles than the same petrol litre. By this reckoning, therefore, diesel cars are less polluting than petrol ones when compared like for like, with estimates that it’s a difference of 10% or more. Multiply that over many millions of cars, and you can see why diesel was seen as a promising way to slow growth in global greenhouse gas emissions, its other outputs aside. 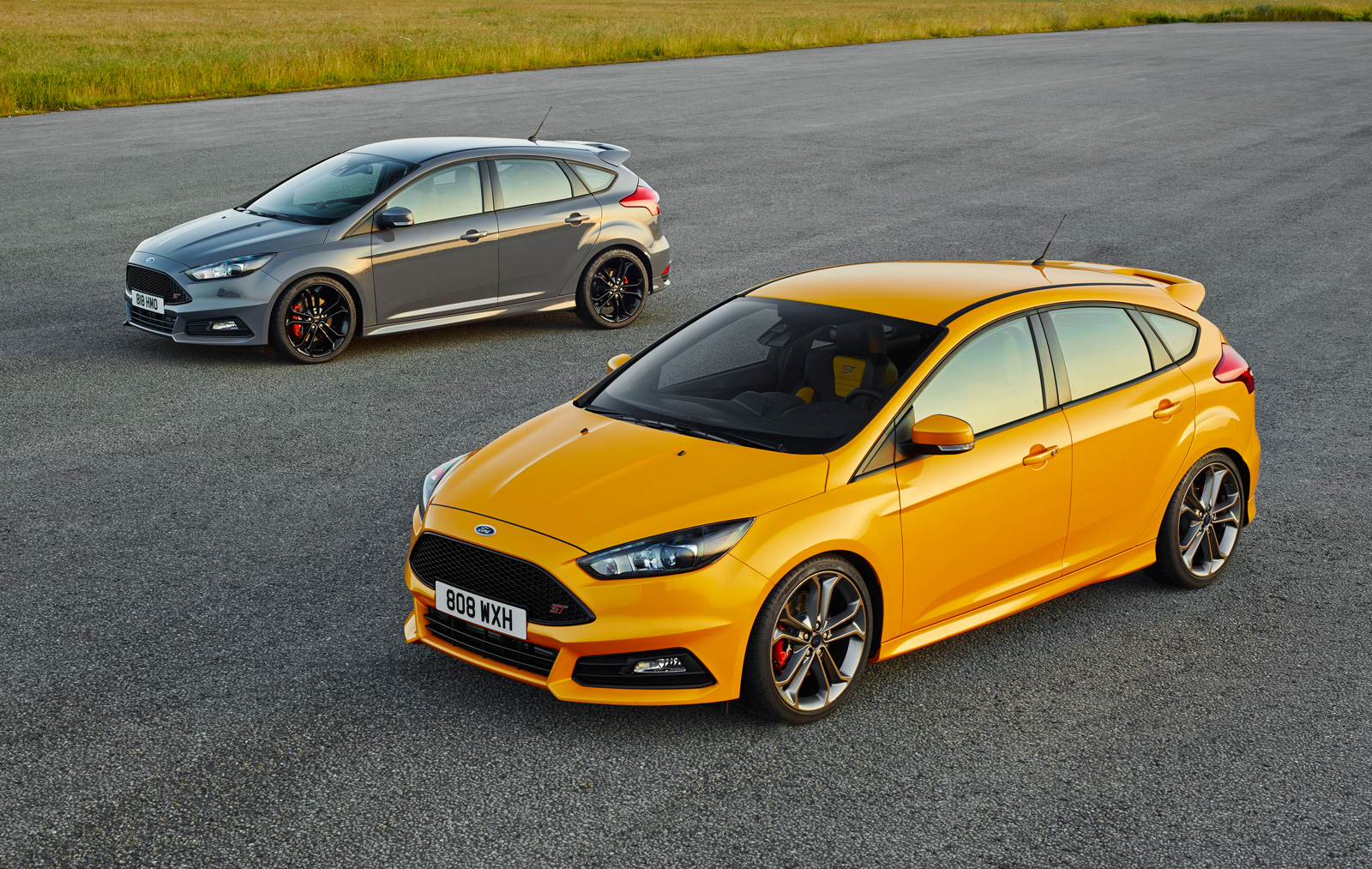 The difference between diesel and petrol emissions

It’d be nice if the argument was that simple. Naturally, it’s not. The process of combustion involved with diesel is a far more complex process than with petrol. This means a far greater number of exhaust gases and chemicals are produced. Some of the most harmful of these take the form of particulates. These are microscopic specks of soot that enter the atmosphere and, most significantly, are inhaled potentially causing breathing difficulties, particularly for people with asthma.

It’s these particulates critics of diesel engines have chosen to focus on. Of particular concern are the very smallest of these which can even pass from the lungs into the bloodstream, increasing the risk of strokes and heart attacks during long-term exposure. It seems like a fairly open and shut case. But the most modern diesels have very effective particulate filters that prevent the majority – up to 99% – even the smallest particles from escaping from the exhaust pipe. What’s more, in the drive for greater fuel efficiency, many modern petrol engines are now using technology called direct injection that produces more particulates than before, many of which are not filtered out with the same efficiency as in diesel cars. It’s absolutely not black and white. 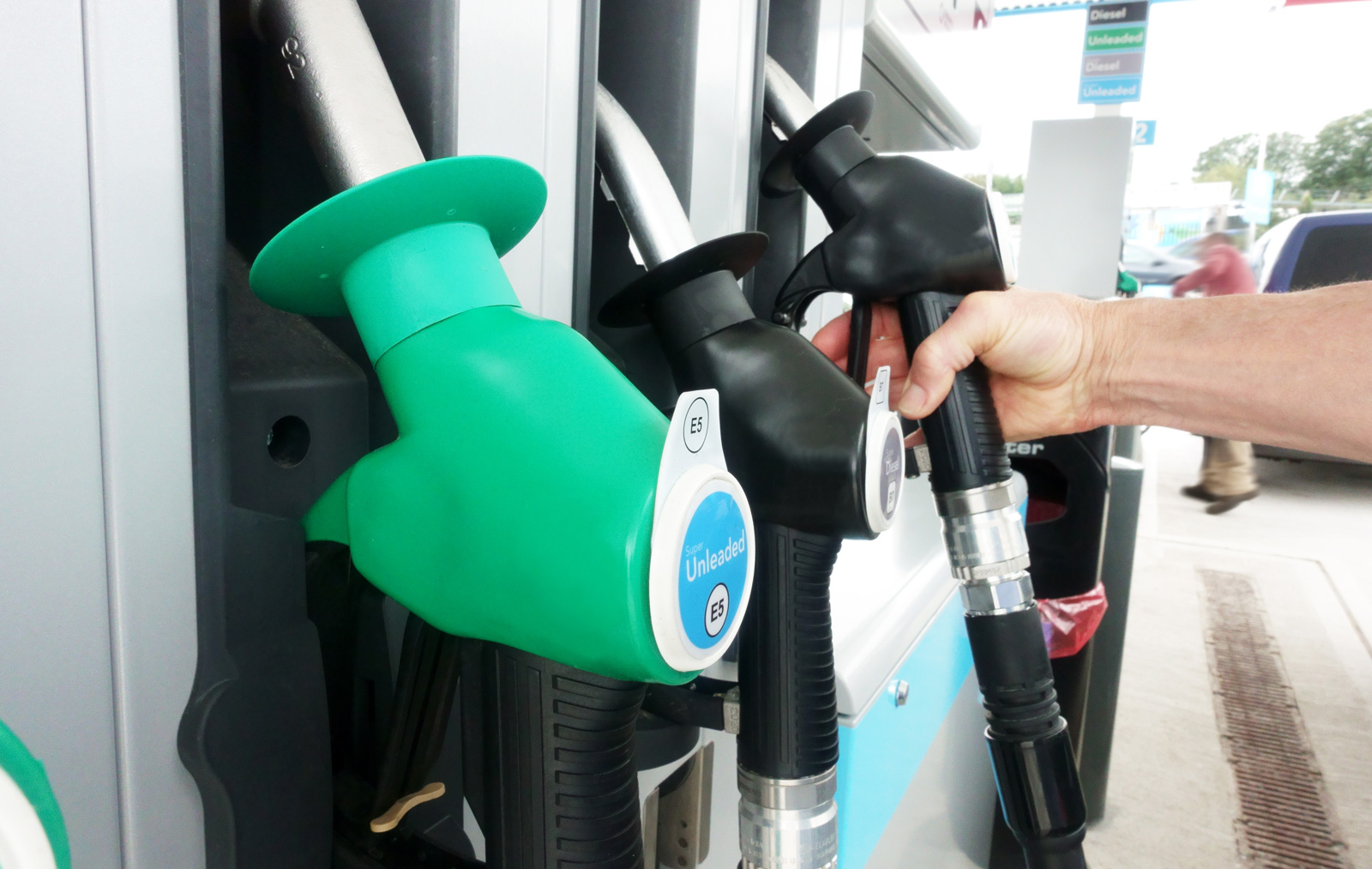 So, which is best: petrol or diesel?

With arguments for both petrol and diesel engines that could support either’s claim to be the cleanest, there’s something else to consider, too. The types of journeys being taken, and where they are being made.

The main problem with particulate pollution is that the more built-up urban environments with greater density of vehicles and people will experience more of it. With that, petrol cars make more sense in town. In more rural areas, however, pollutants are more easily dispersed before anyone can inhale them in any kind of concentration. Still not ideal, but a good mitigating factor when you’re choosing the car and fuel that makes most sense for you, where you live and the journeys you take. It’s much the same on motorways, where diesel cars can, on average, cover greater distances between fill ups than petrol equivalents. If you do thousands of miles per month, diesel cars still make plenty of sense. Some diesel models can routinely offer over 60 miles per gallon on a run, which is hard to beat in the world of engine-powered cars.

In short, urban buyers are likely to find more reason to buy a petrol car (if they aren’t yet convinced by the prospect of an electric or hybrid car), while rural or long-distance drivers are likely to be drawn towards the diesel alternative. But nothing’s that simple; every car model will come with its own benefits and negatives. And one thing’s for certain: diesel isn’t done just yet.

Handily, for the prospective used car buyer, there are plenty of petrol and diesel cars in cinch’s stock. In fact, at the time of writing (Oct 2021), there are 3,342 petrol cars and 1,653 diesel cars, with 246 electrified cars (so that’s hybrid and fully electric) on top of that. We’re living in a time of great automotive choice – but with cinch’s ‘Help Me Choose’ section, you can whittle down the vast selection to a handful of ideal candidates in no time.