The Eclipse Cross is Mitsubishi's answer to the likes of the Peugeot 3008 and the Seat Ateca. Mitsubishi has a reputation for building tough-as-nails SUVs that are happiest off road. The Eclipse Cross turns that on its head – this SUV belongs firmly on the tarmac of cities and towns.

Good looks aren't everything, but they never hurt. From most angles, the Eclipse Cross is a fairly attractive car, with its curving roofline giving the Mitsubishi an SUV-meets-coupe vibe.

The mix of curves and sharp angles is really appealing, and creates a more muscular, dynamic look that makes some other SUVs seem weedy and anonymous.

Maybe the Eclipse Cross is least cohesive from the back, as the split rear windscreen can appear a bit awkward. Even so, there's no denying it’s a looker. It's a world away from the tough, upright, beefy styling of Mitsubishi 4x4s like the Shogun. We reckon it will be a long time before you get tired of seeing the Eclipse Cross on your driveway. 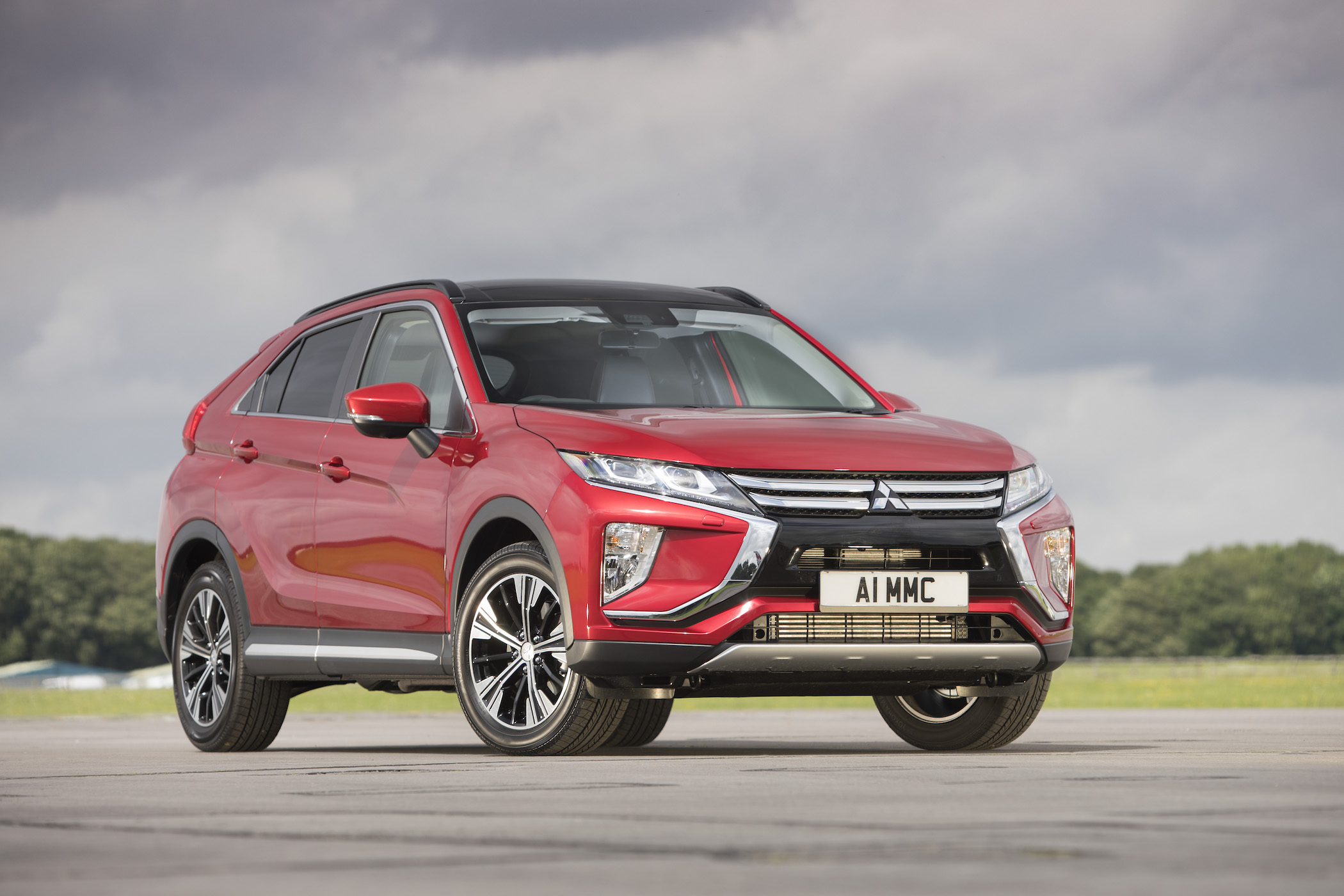 The Eclipse Cross is a fairly attractive car.

There's just the a single engine in the Eclipse Cross range – the turbocharged 1.5-litre petrol. It's available with a 6-speed manual and front-wheel drive, or an automatic transmission with either front- or 4-wheel drive. With either gearbox, the Eclipse Cross has enough vim and verve for brisk overtaking. The engine does whine a little if revved hard. The manual has a notchy action while the automatic shifts smoothly.

The ride is quite firm and fussy at low speeds. Head for the A-roads and motorways and things improve – this is where it’s most at home. Sharp steering makes the Eclipse Cross feel alert on country roads. It's not as much fun to drive as a Seat Ateca. 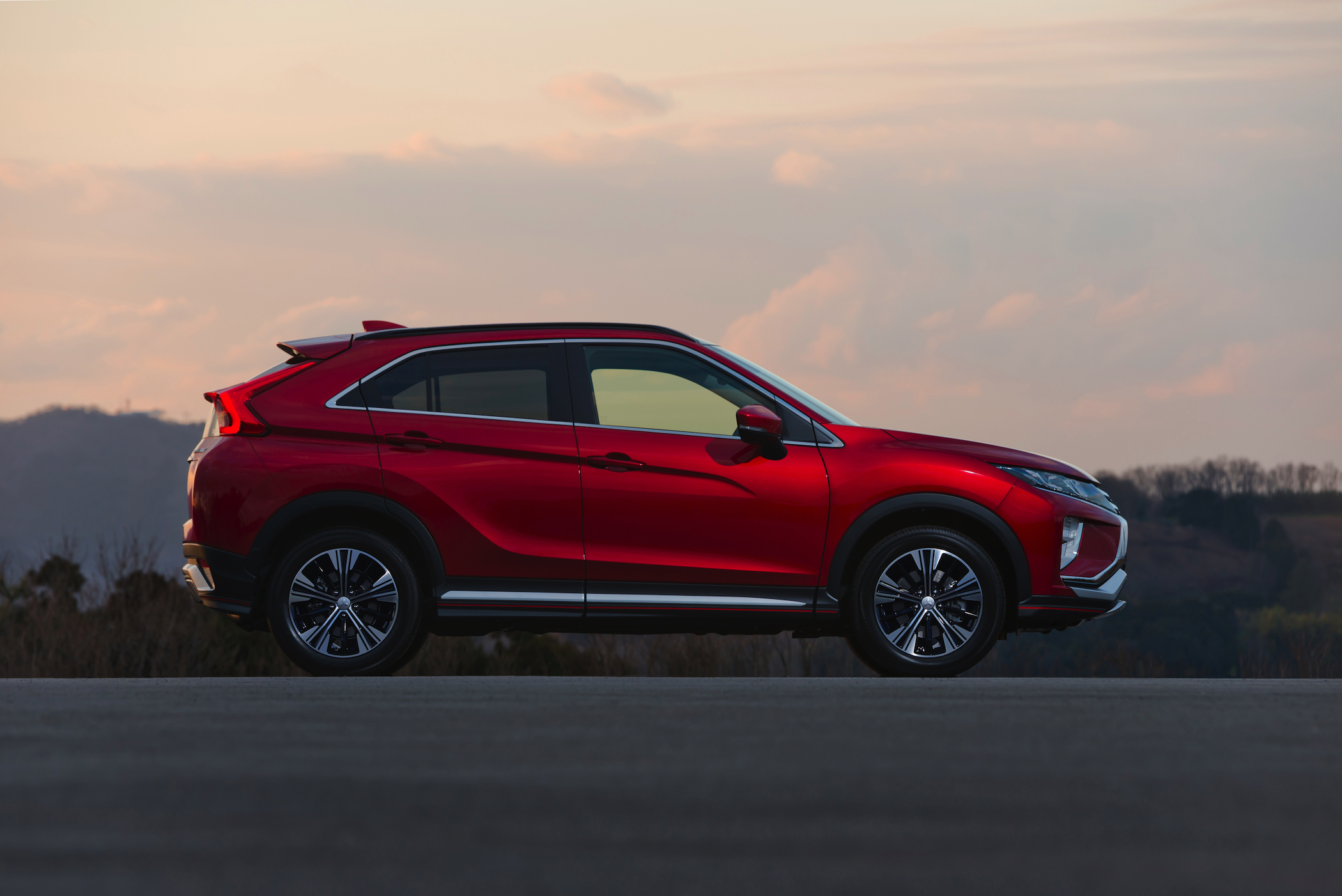 Head for the A-roads and motorways and things improve.

Inside, the Eclipse Cross is just as good-looking as on the outside. The swoops and curves of the dashboard and chunky 3-spoke steering wheel combine to give a sporty feel to the cabin. Build quality is good, too. Mitsubishis are usually made to last with workmanlike materials – there's a plusher, more upmarket appearance to the Eclipse Cross.

A 7-inch infotainment screen pops its head above the dash rather than being snuggled within it. It's controlled by a tracker pad, which tends to divide opinion (we’re not fans). Some get used to it easily, others take a little longer. If you don't take to it, you can tap the icons on the screen instead.

Unusually, no Eclipse Cross has sat-nav, even if you go for the top-of-the-range Exceed model. Mitsubishi's logic is that just about everyone has a smartphone these days, and with Apple CarPlay and Android Auto as standard there's no need for a built-in sat nav. It’s a fair point though does add to the initial ‘set-up’ before you get going.

Every car has a digital radio and at least 6 speakers, so you can enjoy Total Eclipse of the Heart in crystal clear sound. The Exceed spec gets an uprated stereo with 9 speakers and enough power to have the windows shaking.

Up front, there's plenty of head and legroom even if you're tall. That's even true of cars with a panoramic sunroof. Leg-room in the back is very generous, and head-room is acceptable for adults despite the sloping roofline. 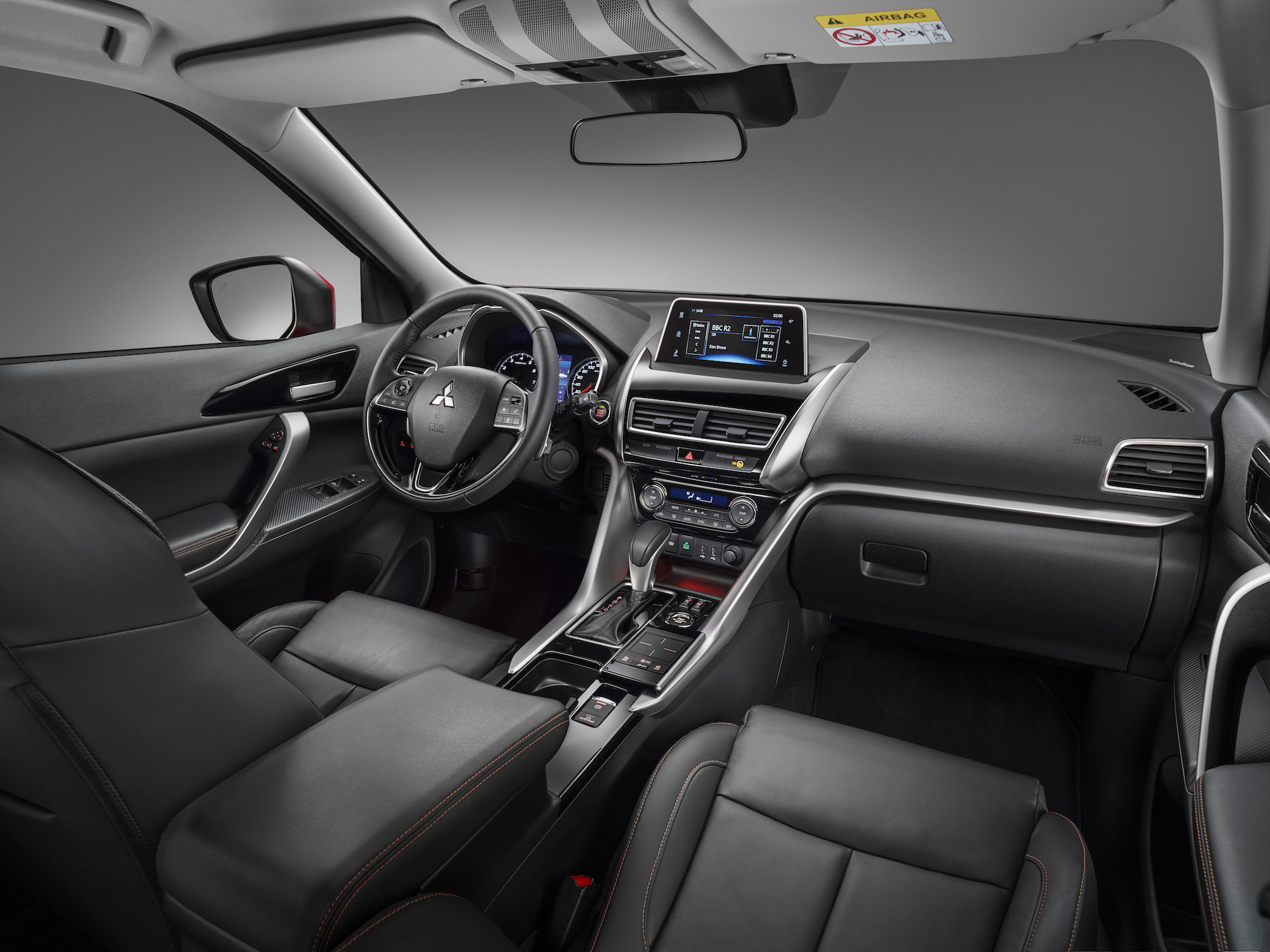 So, the Eclipse does a good job of carrying 4 or 5 people. Unfortunately, it's not so great when it comes to carrying their luggage. The boot is small for an SUV of this size.

Weekly shops should fit. You'll need to travel light on a family holiday, though. Rivals will cope better with bags and suitcases for 4.

There is a workaround because you can slide the rear seats forwards to extend the boot. The trouble is, this eats into rear leg-room, so in solving one problem you create another. Fold the seats down to maximise luggage space and there's a slight step to the floor that is a pain if you want to slide in long items like flat-pack furniture. 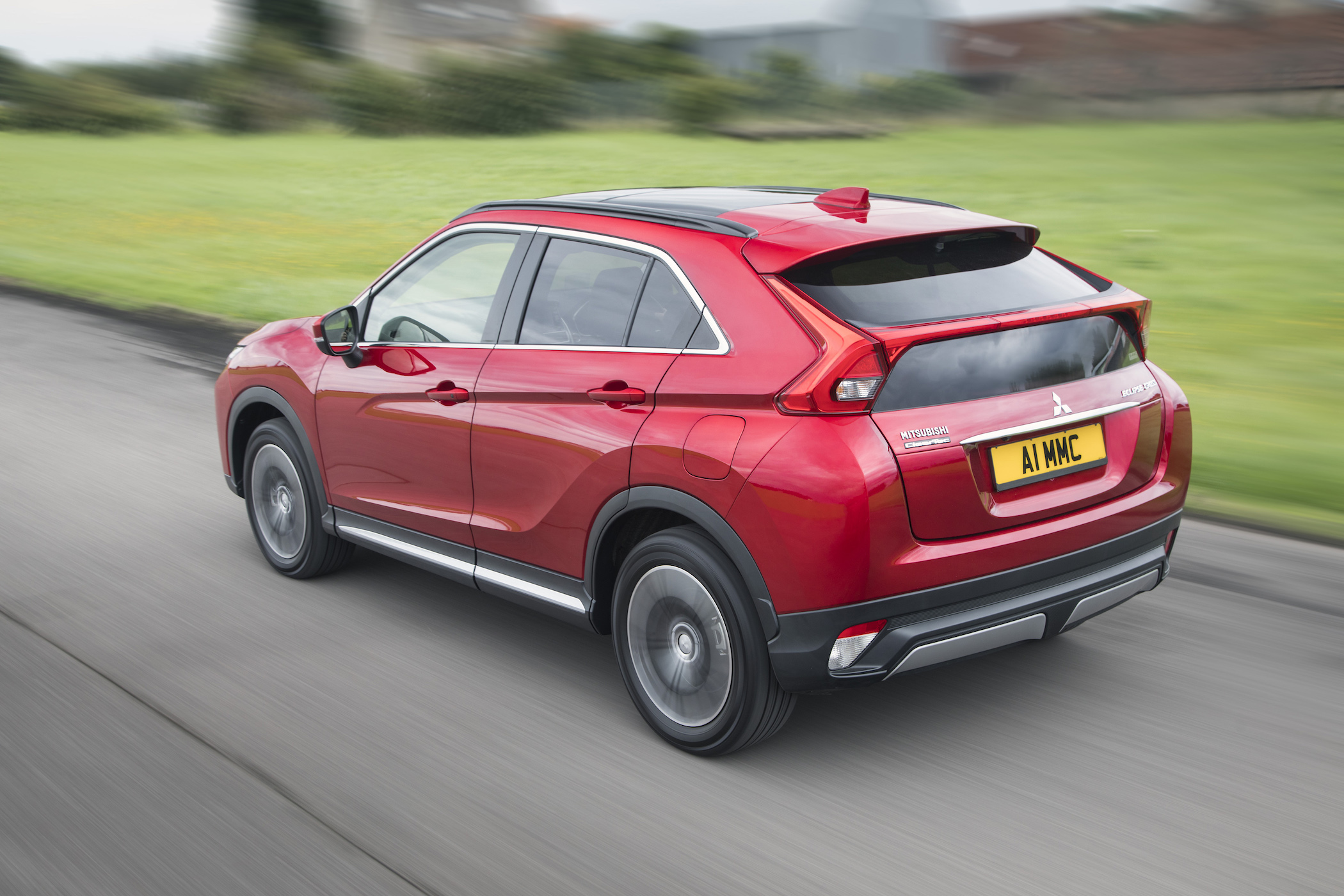 For a turbocharged petrol engine, the Mitsubishi's 1.5-litre posts respectable economy figures. On the other hand, if low fuel bills are a priority there are plenty of diesel and hybrid rivals that will stretch a gallon further than the Eclipse Cross.

The 2-wheel-drive manual is the most economical model, achieving 36.2-37.7mpg in official tests. The 2-wheel-drive auto returns 34.4mpg, and the 4x4 auto 32.5mpg. For high-mileage drivers in particular it's a shame there's no diesel for better fuel economy and lower running costs.

As capable as the Eclipse Cross is, you could do a lot worse than take a closer look at these alternatives:

It's a shame the Eclipse Cross doesn't have a bigger boot, and it would be great if buyers had more than a single engine option. These reservations aside, though, the Eclipse Cross has lots to recommend it. It's loaded with safety kit, packed with passenger space, and great to look at.