While every car in cinch’s all-digital showroom is deserving of attention, naturally, there are some that do raise eyebrows a little higher than others. Take this Toyota Yaris, for example, which – if the decals and wing hadn’t given it away – is absolutely nothing like the Yaris many new drivers will have learnt to drive in. The Yaris GRMN, as it’s called in full, is a hot-headed, sporting version of the humble Japanese hatchback, turned up to eleven by Toyota’s specialist motorsport department. It wears those black and red decals and that tailgate wing for good (and somewhat brilliant) reasons.

Let cinch explain. When the Yaris GRMN arrived in 2017 it did so as a signal of intent for the Toyota brand. The company was attempting to reinvigorate its former reputation as a maker of affordable, exciting cars, and the Yaris GRMN came as the first example of a properly sporty Toyota in almost two decades. It preceded the 2019 Supra sports car and even more extreme 2020 GR Yaris, which have both now cemented Toyota back in the world of fun-to-drive cars. They’ve done that without harming the brand’s reputation of being a creator of excellently reliable, touch machines. A strong win-win. And a big team effort.

But it was the Yaris GRMN that got the ball rolling. It was bold from the offset, with the GRMN in its name standing for ‘Gazoo Racing tuned by “Meister of Nürburgring”’, with GR being Toyota’s then recently launched performance car division. While Toyota's home is Japan, its sporting operation is partly based at the Nürburgring in Germany (hence the use of Meister for ‘master’ in that name), one of the world’s most daunting and unique race tracks. This is where the Yaris GRMN was developed, ensuring it had little in common with the regular, city-focused car most of us will recognise. 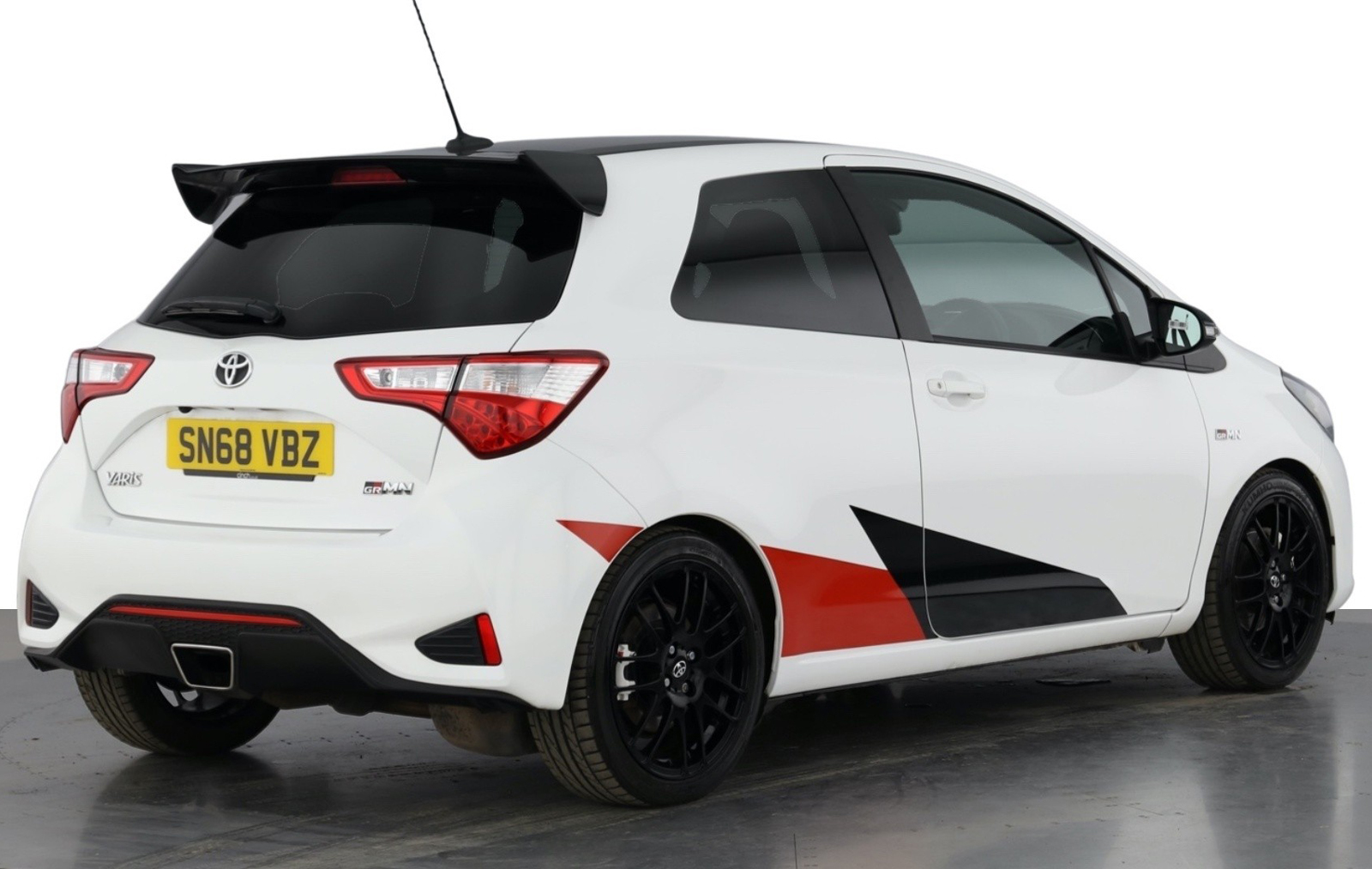 For starters, the Yaris’s 1.8-litre engine was given a supercharger to bring power up to 212hp and create a front-wheel drive hot hatch capable of sprinting to 62mph in 6.4 seconds. This was bang on the money, aligning the car with the brilliant Ford Fiesta ST, but it took things further – as far as track-focused makeovers go – with a list of features that made, and would still make, a car enthusiast drool. High quality sports suspension, lightweight wheels and a limited-slip differential – a piece of hardware that helps you make best use of that power – were all thrown into the Yaris, so its bold colour scheme and big rear wing were entirely appropriate.

Not only had Toyota created an exciting, snorting (that supercharged engine projects a great exhaust note) and very capable hot hatch, it had also built something fully deserving of attention. Only 100 GRMN cars came to the UK, too, so the one you see here is enormously rare. To say we’re proud to have added it to the cinch digital showroom would be an understatement. Yet despite its specialness and rarity - and the low mileage of this particular car - it’s up for £21,750, almost bang on five-grand less than it sold for new. For a performance car enthusiast, it represents a wholly unique way to kick off your weekend driving in 2022 with real intent. 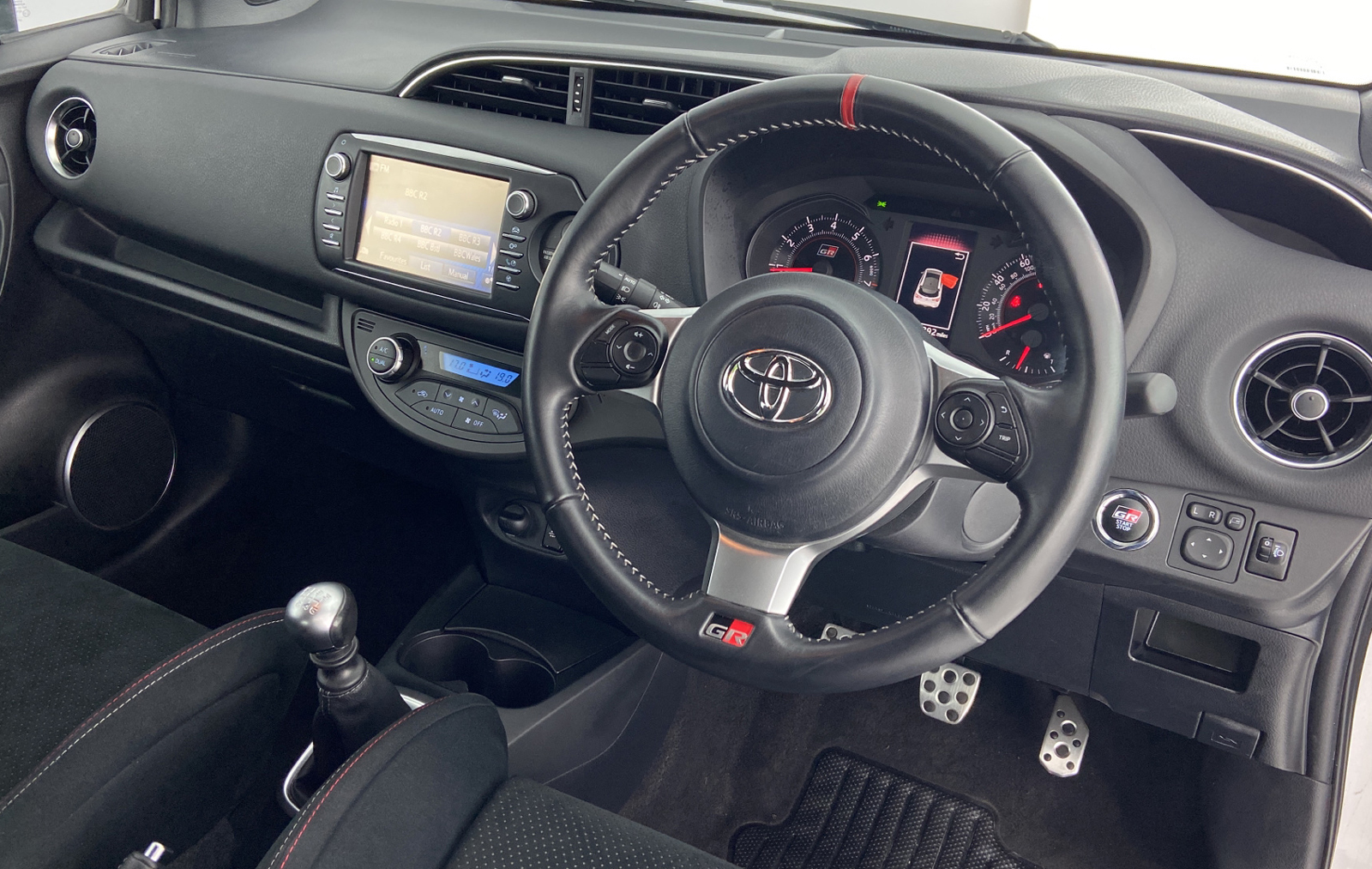