Bentley has lifted the lid on new versions of the third-generation Continental GT with a heightened focus on fun and handling. The much-loved grand tourer line-up has gained new GT S coupe and GTC S convertible models to give its luxury vibe a more aggressive edge. Not in the power sense - it hardly needs more punch with a twin-turbocharged 4.0-litre V8 that pumps out 554hp under its snout - but rather driver engagement and agility, which is saying something given that this coupe and convertible pairing weigh comfortably over two tonnes each...

But with 1,300Nm of torque (aka nearly double the muscle of most supercars!) the heft of both GT S and GTC S models is easily overcome, with the Continental GT S models capable of 198mph and a 0-62mph time of four seconds flat, like the standard model. In the S models, you get a new sports exhaust, making the V8 sound even more vocal, and Bentley's also adapted its ‘Dynamic Ride’ suspension system, which uses a 48-volt electronic technology to stop the car from leaning too much through bends. In short, it improves handling and makes the car feel more balanced and nimble through corners. Aka more fun. 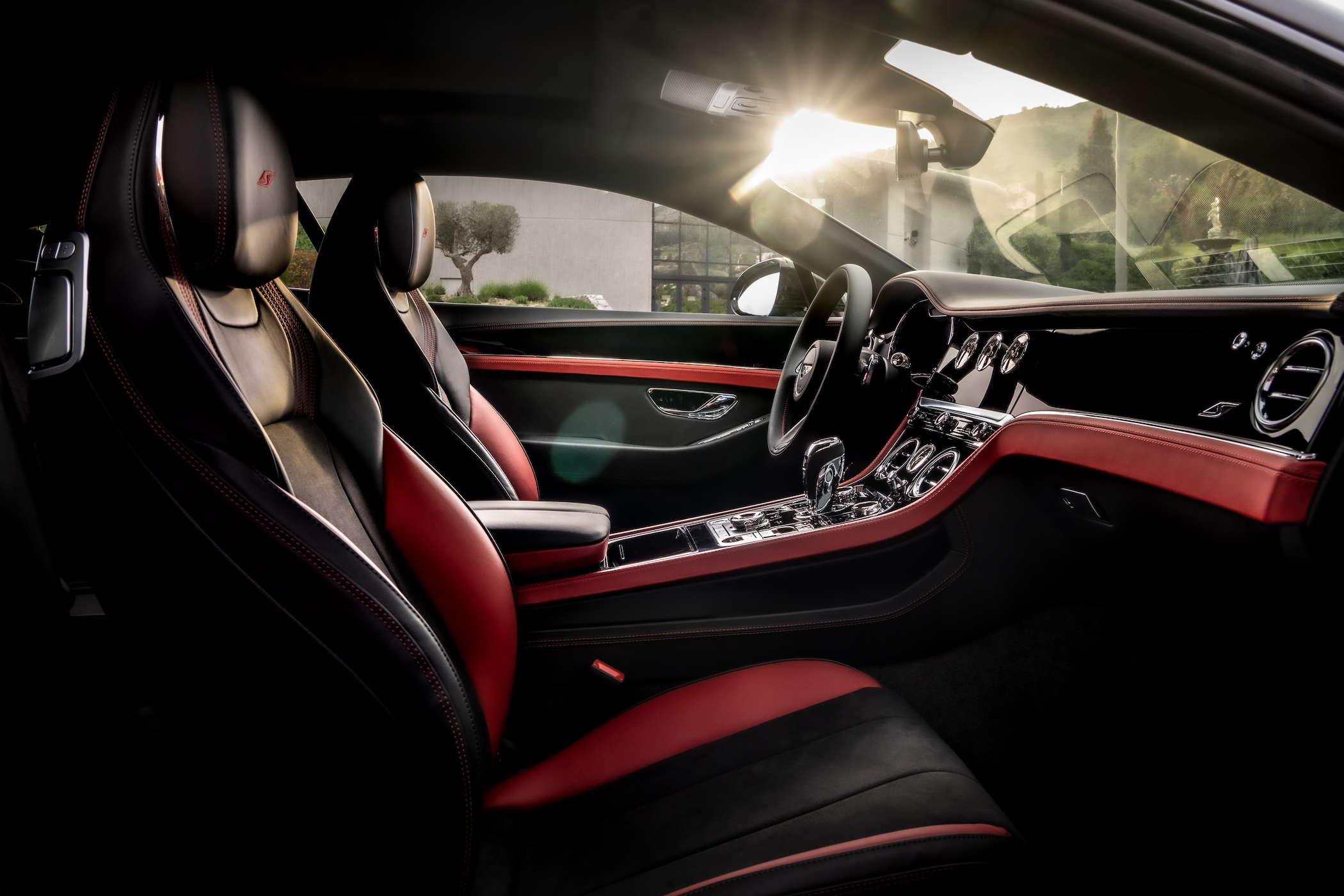 Additionally, Bentley is also bringing plenty of cosmetic improvements to the S models (as if they weren't already good-looking enough!). The 22-inch wheels are painted in a striking black chrome and are exclusive to the S Contis. These make the striking red brake calipers stand out even more. The visual modifications don't stop there, with a dark tint added to the headlights and taillights. Inside, an "S" is embroidered into the headrest of the seats, while the black leather is smartly contrasted by red accents and stitching in the cabin. Lovely.

This isn't the first time Bentley has gone down the route of making an S-badged Continental; this car's second-generation predecessor was also offered in GT S form, and it proved that plus-two-tonne cars can indeed drive rather nicely when some tech and Bentley magic has been applied. We're hoping for more of the same here to justify an inevitable (but yet to be confirmed) starting price increase to overtake the current standard car's plus-£160,000 opener.

If that made you wince, that doesn't immediately mean you're out of the market for a Bentley Continental GT S. Want proof? Check out this stunning 2017 GT S Mulliner in cinch's online showroom. It's available for £79,950 (less than half the price of a new one), or the equivalent monthly rate, and it can be delivered to your door in as little as 72 hours... Cars like this don't come around often! 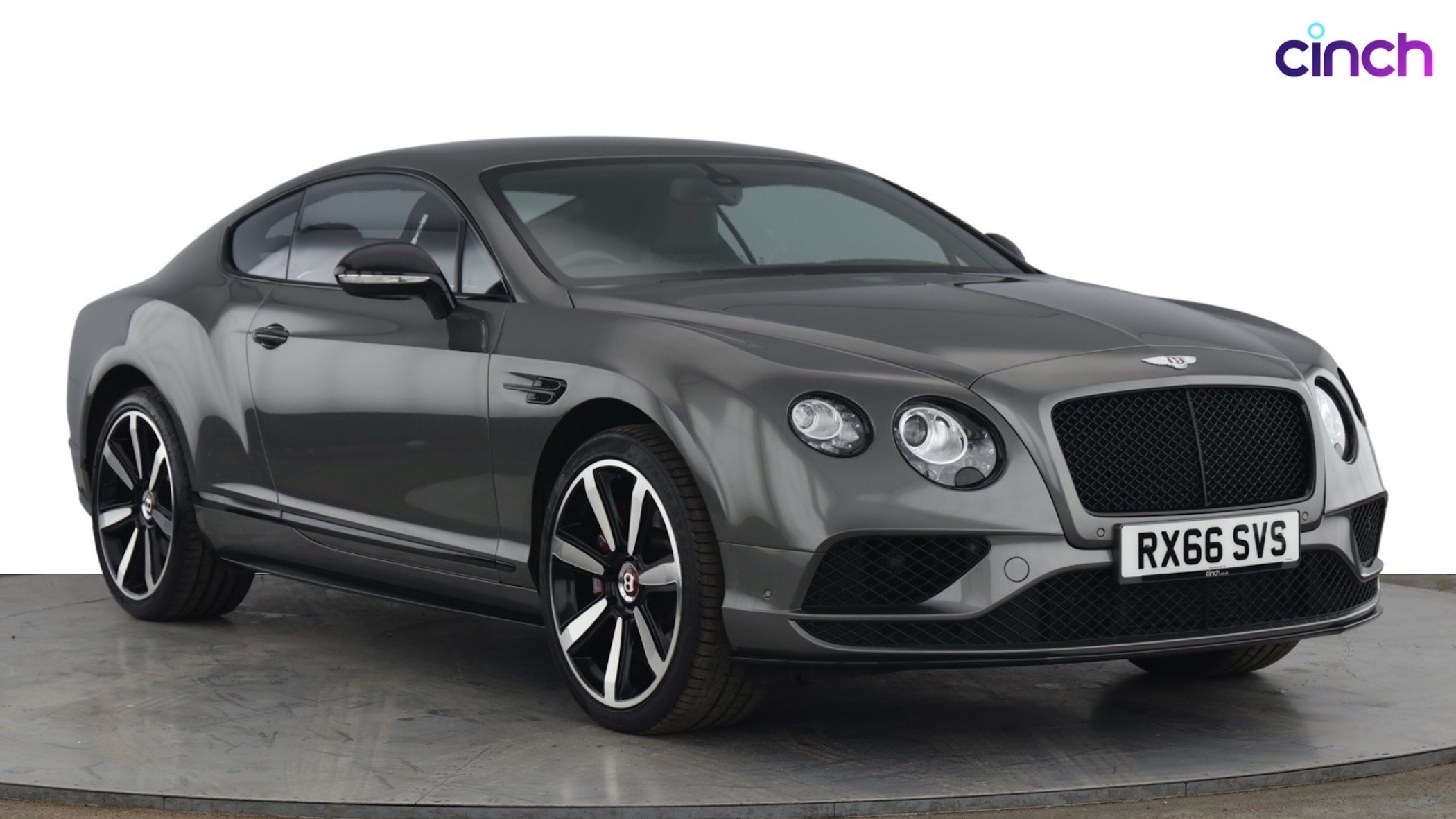 How does part-exchange work?

Part-exchanging a car involves swapping your car for another, more expensive vehicle. You then pay the difference, which will either involve organising some form of financing or just paying in cash.
View more

What are car trim levels?

Car trim levels are the various packages of features that manufacturers provide with their cars.
View more