Ford is set to unveil its second all-electric van in May as it continues on its mission to produce only zero emission cars and vans by 2035. The all-new Tourneo Custom will be one of nine electric Ford vans in the brand's growing battery-powered range. It will join the larger Ford E-Transit, which was Ford’s first electric van. Expect to see lots of both models on UK roads soon...

So far we've had very little detail on the Tourneo Custom at this stage. But - like with Ford's petrol and diesel vans - we expect much to be shared with the E-Transit, which has a 68kWh battery and delivers 184hp in entry grade form, while the range-topping E-Transit produces 269hp. Expect the Tourneo Custom to deliver similar qualities. Ford will be looking to rival the all-electric Vauxhall Vivaro-e and Fiat E-Scudo with the new Tourneo Custom, ramping up the competition in the electric van world. Vans can be fun too, you know. 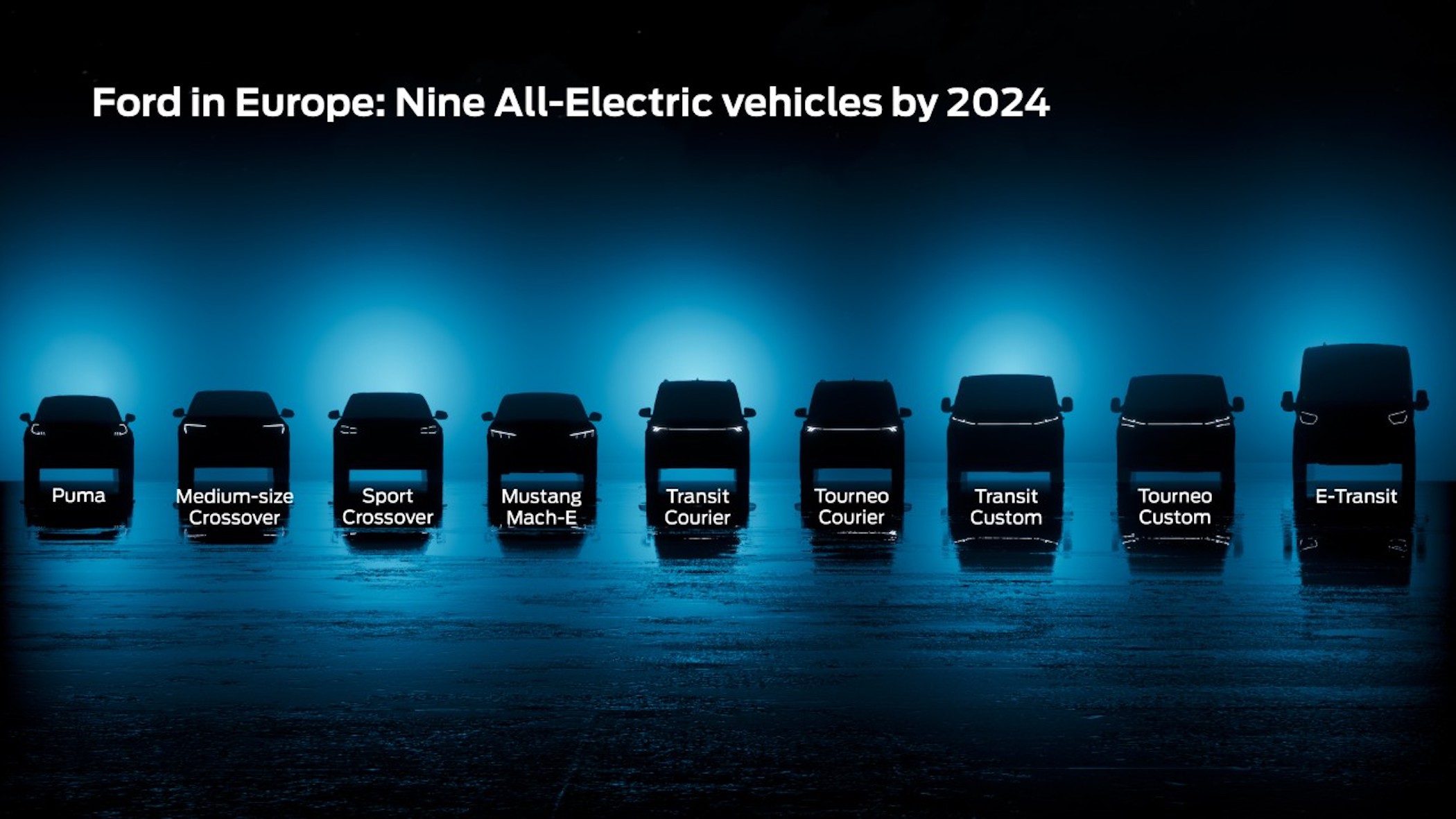 Ford has made the E-Transit capable of using rapid 115kW chargers, which are pretty fast on the charger scale, allowing it go from 20%-80% charge in roughly 30 minutes. This technology is likely to be carried over to the Tourneo Custom, meaning you won’t have to hang about long to top up your battery. With the Tourneo Custom being a considerably smaller van, we expect this new car to go beyond the E-Transit’s 196 miles of range in base trim. If the range of the Tourneo Custom comfortably exceeds over 200 miles, it will bring stiff competition to the market.

Ford’s quest to a greener future began over ten years ago as it began releasing hybrids across the globe. At the time of writing, cinch has a handful of hybrids produced by Ford in our online showroom, which can check out here. We even have a diesel Torneo Connect at the time of writing, if you're not ready for the electric revolution just yet.

What is meant by kWh in an electric car?

KiloWatts per hour (kWh) is the measurement of energy that an electric vehicle can store in its batteries.
View more