If you want a hatchback with an edge, this might just be the car for you. The BMW 1 Series M Sport packs more presence on the road and, as the name suggests, a bit more handling oomph thanks to its M division influences. It's a sporty-looking car that's also pretty grown-up, with M Sport bits on its exterior, 18-inch alloys, and a sports steering wheel to go with hip-hugging seats. Yet despite that racy makeover, the four-cylinder engine of this car is pretty cheap to run. Proof? See the claimed 52mpg combined fuel economy.

A key factor of appeal in this previous-generation 1 Series is its use of rear-wheel drive. The new 1 Series - rather controversially, according to BMW enthusiasts - has switched to a more conventional front-wheel drive setup. But the car we've chosen here pushes its 138hp to the back, making for more traditional sporting layout. If you're into that sort of stuff, anyway. Using a 1.5-litre engine capable of powering the car to 60mph in 8.3 seconds, it’s no slouch. Certainly, it's nippy enough for urban roads while also being comfortable for long journeys. 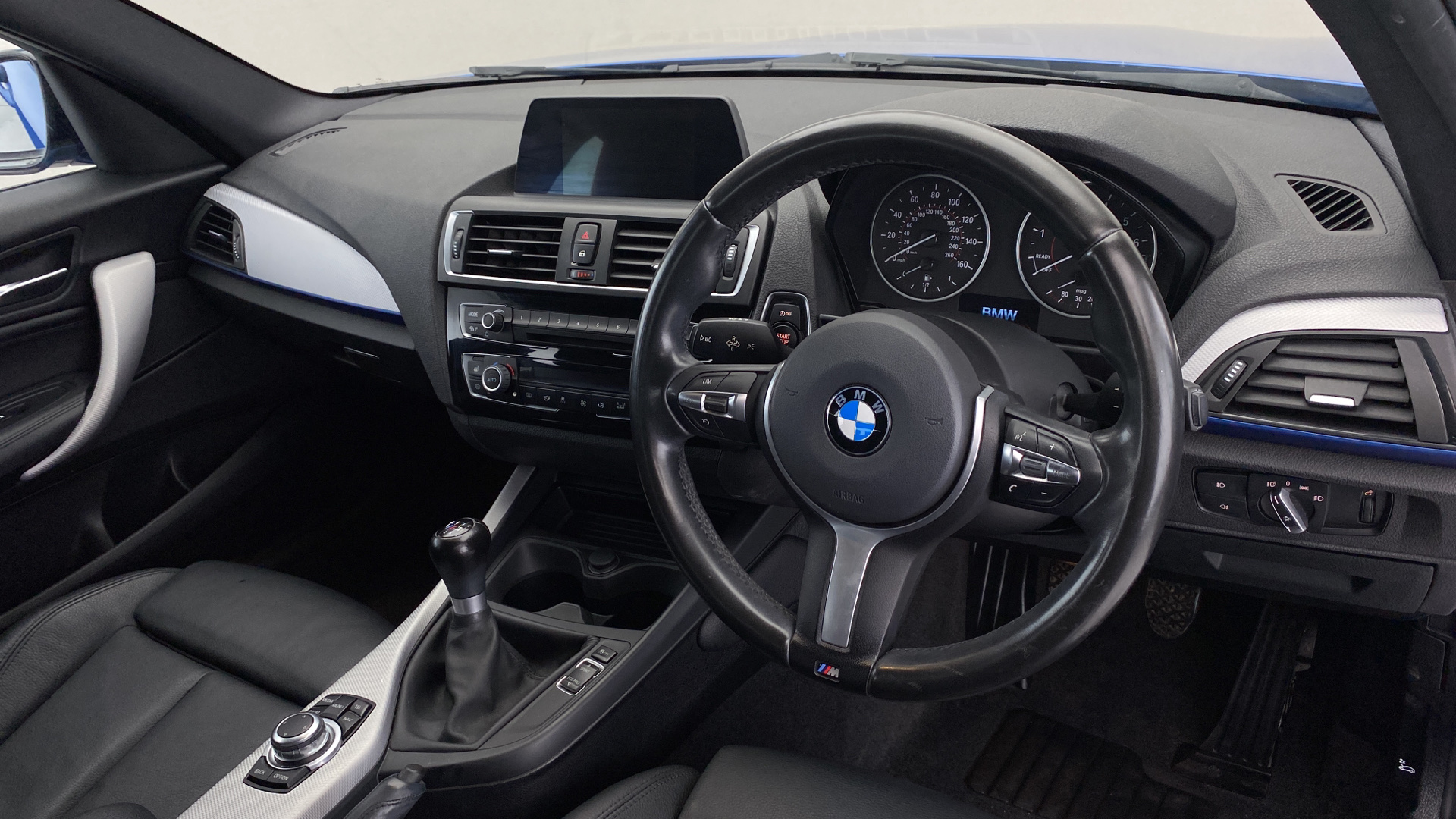 Despite being a hatchback, the 1 Series feels pretty spacious in the front, so you can get comfy and immediately appreciate the premium surroundings. The ergonomics are fantastic for the front-seat passengers and this mindful design is coupled with the sort of tough build quality that you'd expect from a BMW. The infotainment system is kitted out with essentials like Bluetooth, DAB radio and satnav, while you get useful mod-cons like parking sensors and cruise control to help lessen your workload.

Sold? Us too. And that's before we highlight how accessible this M Sport is. The one we've nominated as a candidate for your weekend fun is in our online showroom for just £14,950 – or the equivalent monthly rate. No joke. Walk into most dealerships and you'd barely be able to access a supermini with that figure. For whoever nabs this premium and sporty Beemer though, it could be outside the front door in as little as 72 hours. 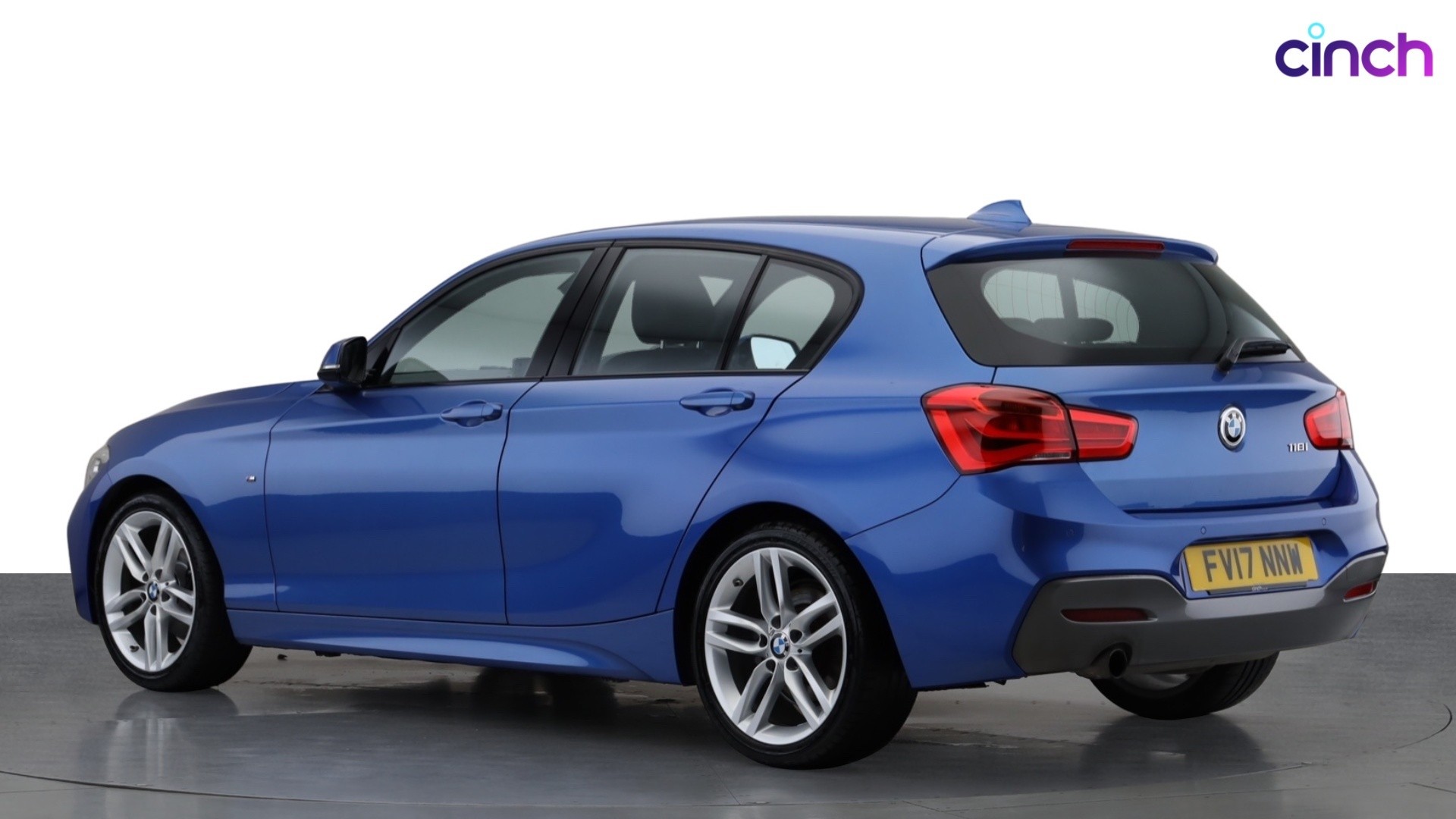 What is rear wheel drive in a car?

A rear wheel drive car is one where the power generated by the engine is sent to the rear wheels, which then ‘push’ the car along.
View more

What is a hatchback car?

A hatchback is a car with a hatch-type boot-lid hinged on the roof of the car, so it opens upwards. The space behind the rear seats is also inside the main cabin of the car.
View more